We have all been there: sitting in front of a plate full of delicious chips and a few sachets of ketchup lying close by.

Like most people, you have probably always assumed that the best way to get to the sauce is to squeeze it out entirely on your plate before throwing away the sachet.

Honestly, most of us have handled this situation like this.

As far as most of us are concerned, there is nothing wrong with this age-old method of dealing with ketchup sachets.

However, Amelia Holdsworth, a truly remarkable TikToker, came up with a video that opened our eyes to an amazing realization about ketchup sachets. Here's the TikTok video.

Amelia is sitting in a beer garden in this viral video like many have been doing during the summer days. However, she was also doing something unique by pushing the limits of what chips fans should expect of our condiments.

After taking a chip, Amelia dunks it in ketchup (still in the sachet) before putting it in her mouth.

That might sound unusual, but when you think of it, the idea makes a lot of sense. Many fans made this realization based on the comments they posted about the video.

Plenty of them were vowing that they would have to try out the unique chips eating method themselves.

One of the commenters said:

Another pointed out what Amelia had done was "so obvious" before adding, "yet I had no clue." 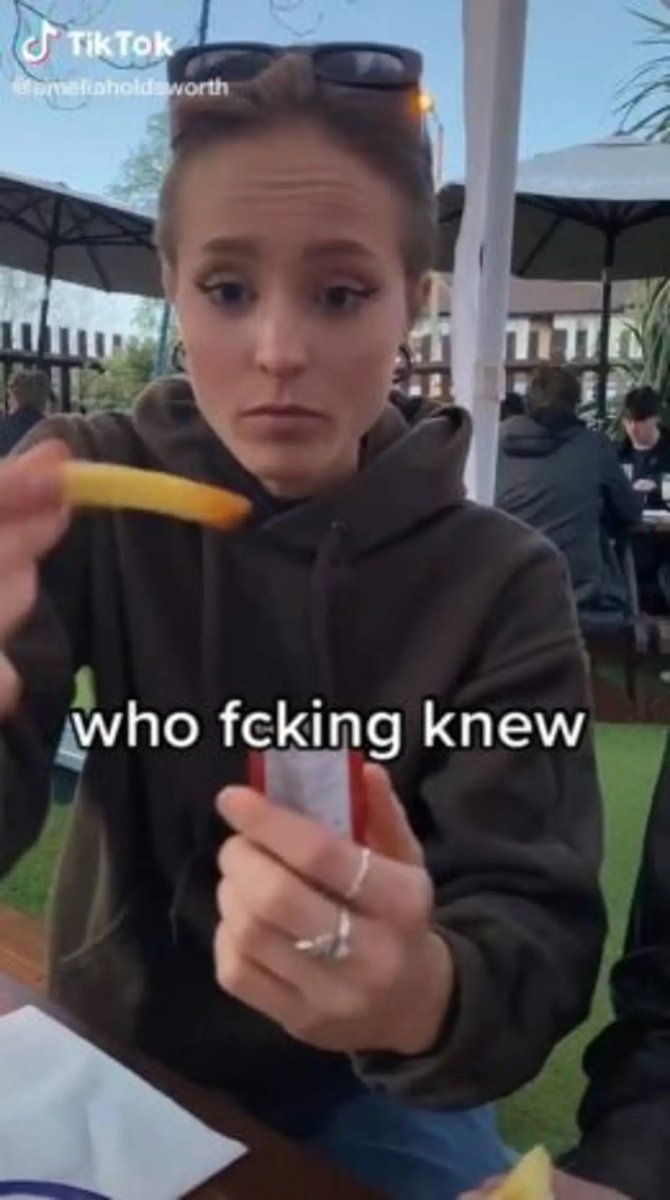 Obviously, this is not the best method to use ketchup sachets if you like to dunk several chips into the sauce. However, this revelation is still a huge game changer if you like to eat each of your fries while completely covered in sauce.

This method will also work out great for anyone who would like to avoid getting the tomato sauce on their fingers.

If you think this is a genius idea, then you have Amelia to thank for it.