Some trends are cringeworthy. Others are simply hilarious. Of course, some leave us with mouths open, thinking to ourselves, "What the heck?"

Fashion should be a creative process, but due to being one of the most profitable businesses in the world, many designers and brands are relying on consumerism more than anything.

That's how we get more and more fashion disasters, especially in the world of fast fashion.

From slogan fails to some disturbing patterns, here are 20+ examples of the ultimate clothing fails and questionable fashion choices. 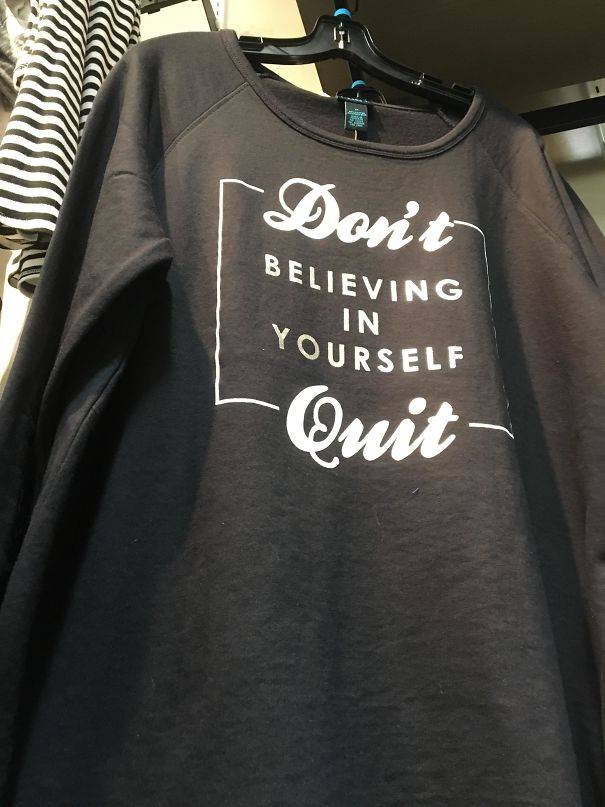 Just don't do it. Whatever it may be. Leave it.

Believing in yourself is overrated. Do not get inspired.

.JPG Because Why Not? 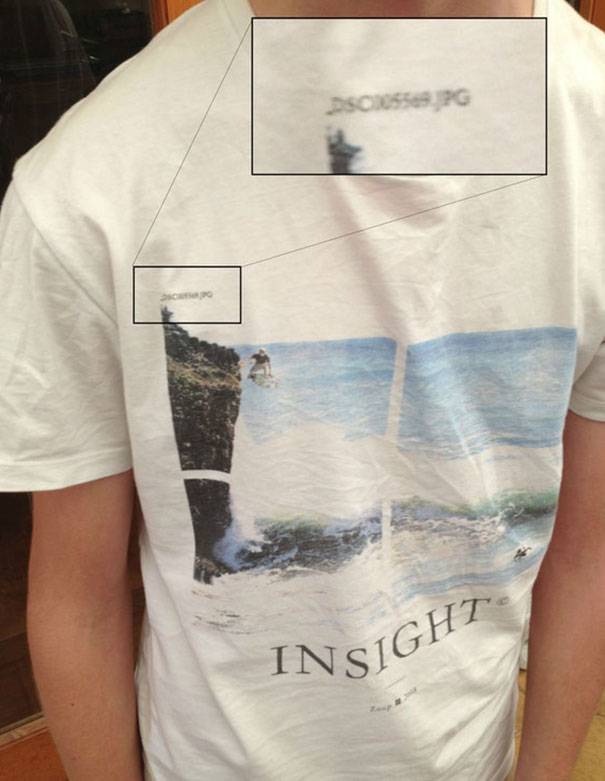 A custom-made shirt is always a good idea. Or is it?

If you want to make a statement, at least you can remove the format of the original photo from your clothes unless you desire to be mocked mercilessly. 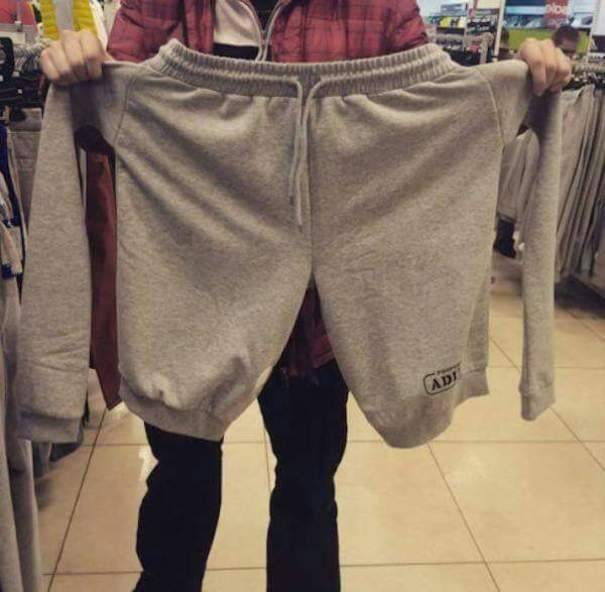 In a quest to make everything more original, one might get lost.

Perhaps melting shorts into a sweatshirt sounded like a good idea. But, in reality, it looks deranged.

This Designer Has Some Issues 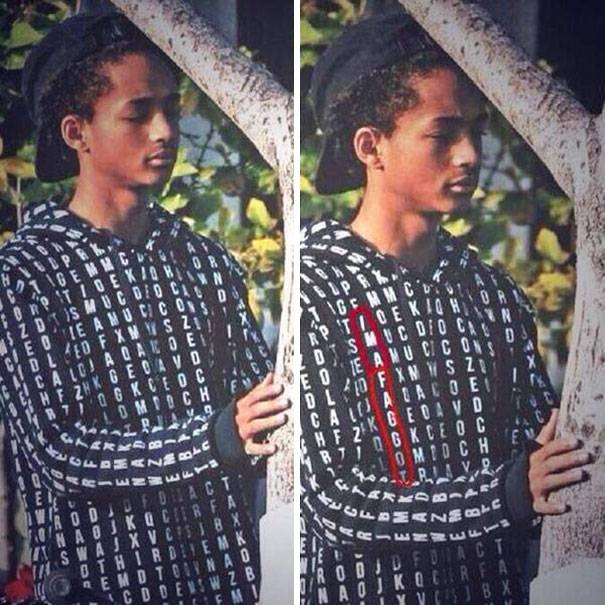 Check out the letters and then ask yourself why someone would make something so… insulting? And who would wear it?

If this was supposed to be a joke, it's not funny. It is on the infamous "what were they thinking" pile.

We Wish This Were Period Blood

There are two possible scenarios.

In the first one, this lady in the middle got her period. But, something tells us that we might be wrong.

You see, based on basic knowledge of female bodies, one would have to agree that this is actually designed to imitate blood in the crotch area. And it looks painfully disturbing. 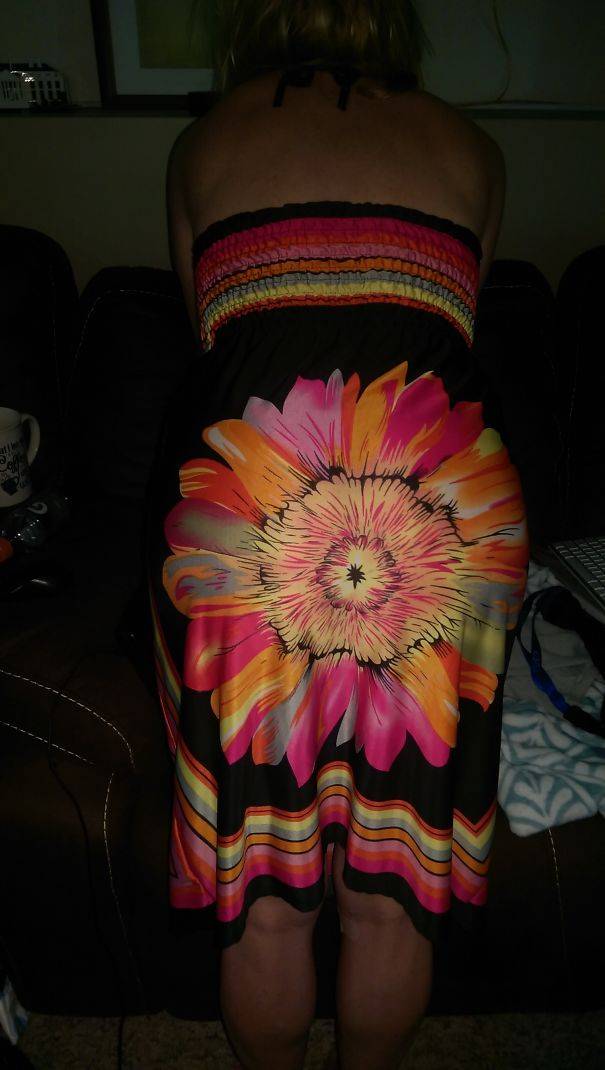 We get it. It is a summery, floral dress. Though putting a large flower in that exact spot is kind of in your face.

As long as you don't go on to smell it, you will be okay.

It Is Just A T-shirt 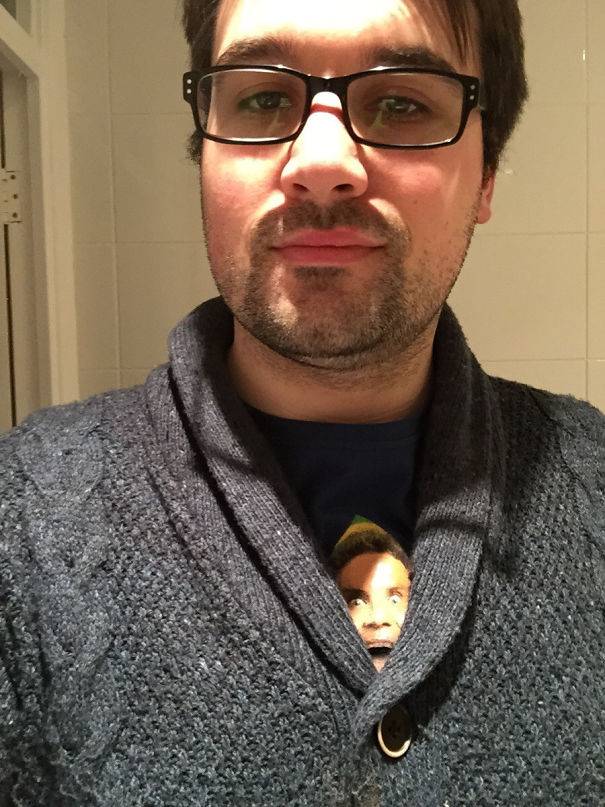 Don't freak out. This is just a simple tee. Though it might be scary, it's actually pretty cool.

Just don't wear it on your first date. You do not need to scare off your potential mate. 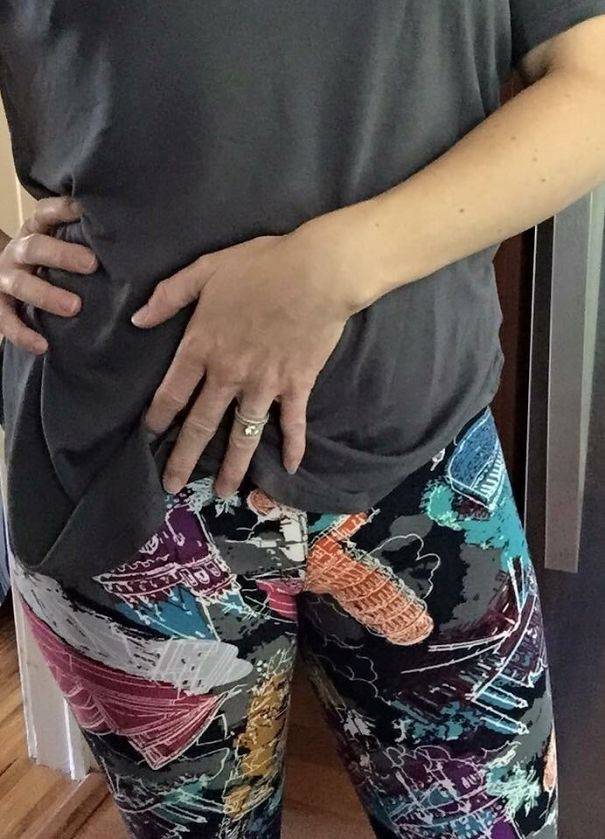 It is large, pointy, and light brownish, almost in the shades of nude. But, don't be scared: it is just unfortunately positioned Leaning Tower of Pisa.

Worry And Be Unhappy 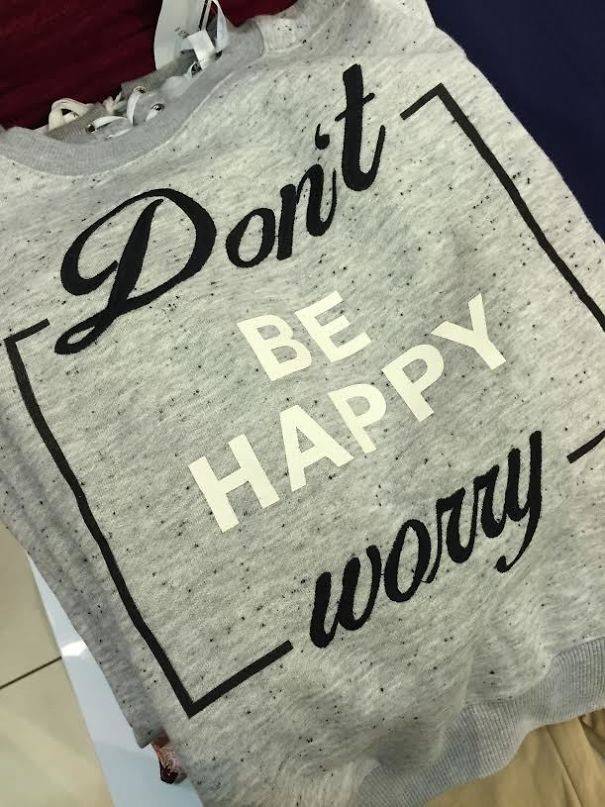 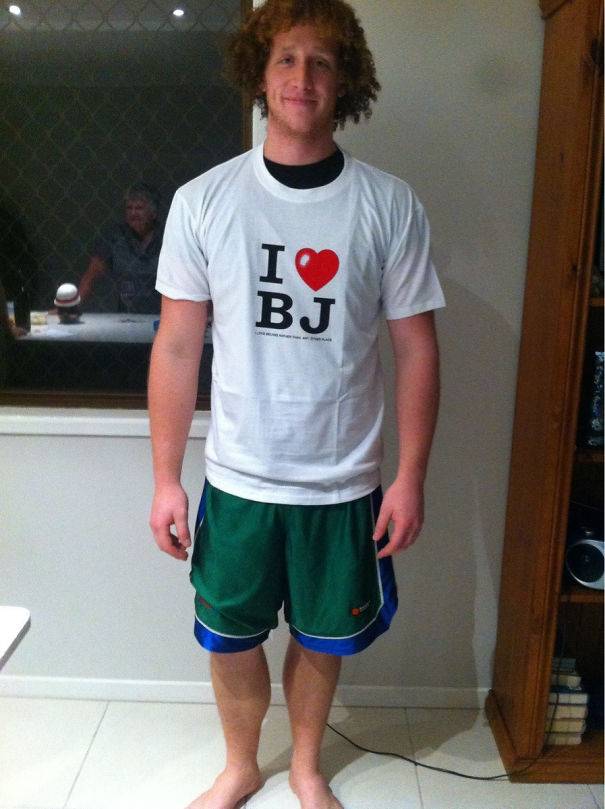 Okay, this young man, Brodie Jonas Dean, thought it would be nice to show some self-love.

However, that's not what the designer had in mind. Now the whole world knows more about Brodie Jonas Dean than he ever wanted to share. 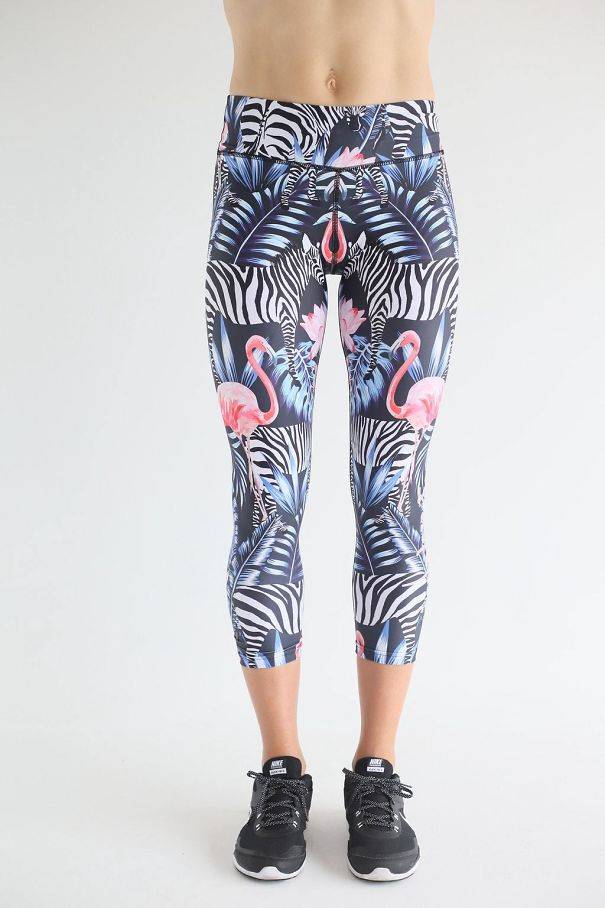 What happens when two flamingos meet? Well, you get something that looks like a woman's naughty place, and guess what?

These two are even placed at the exact same spot as the vagina. Who would've thought that a pair of leggings could be so dramatic?

More About Your Sex Life 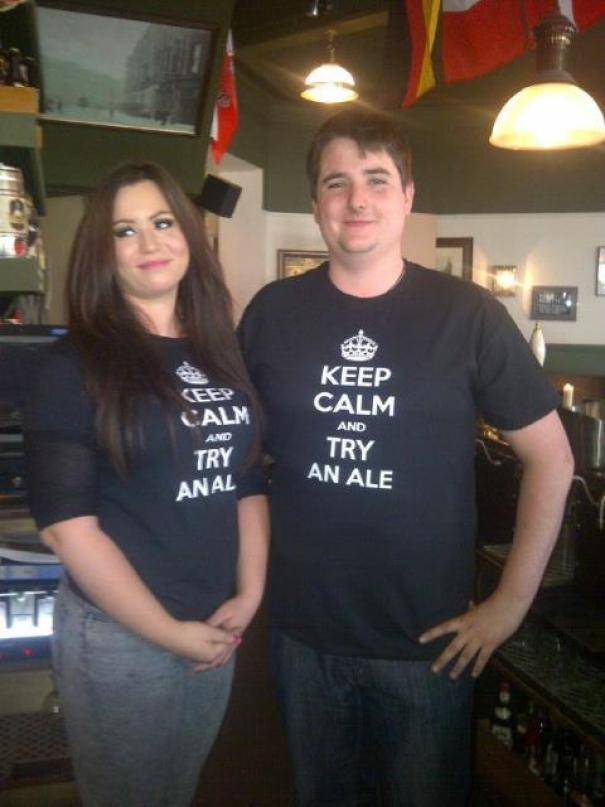 Sometimes, it is all your fault. Because one strain of hair in the wrong place might give people the wrong idea. 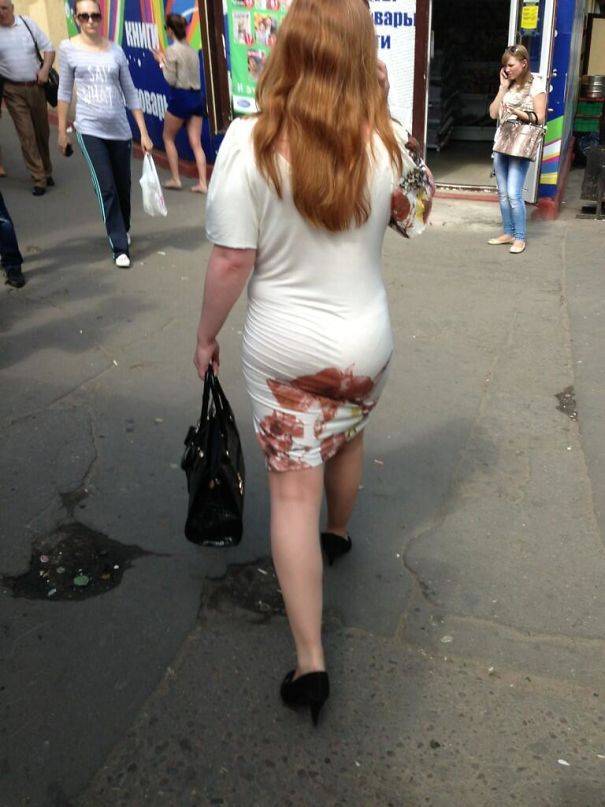 This woman did not take a better look from behind when she decided to commit a crime against fashion. And humanity, since this dress is bloody awful. Messy. Gross. 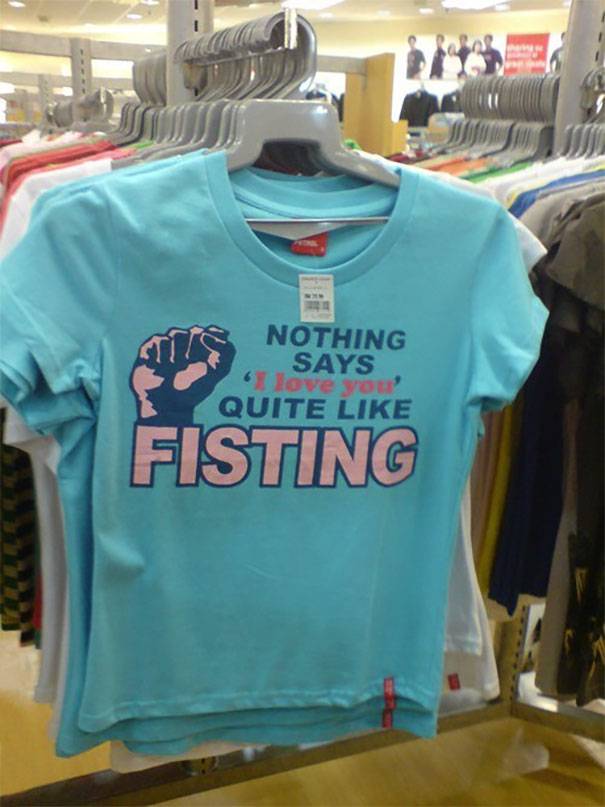 Literally, any word would look better than the one that ended up on this tee.

If you want to make others laugh, a jacket or a sweater over this shirt will do just fine. 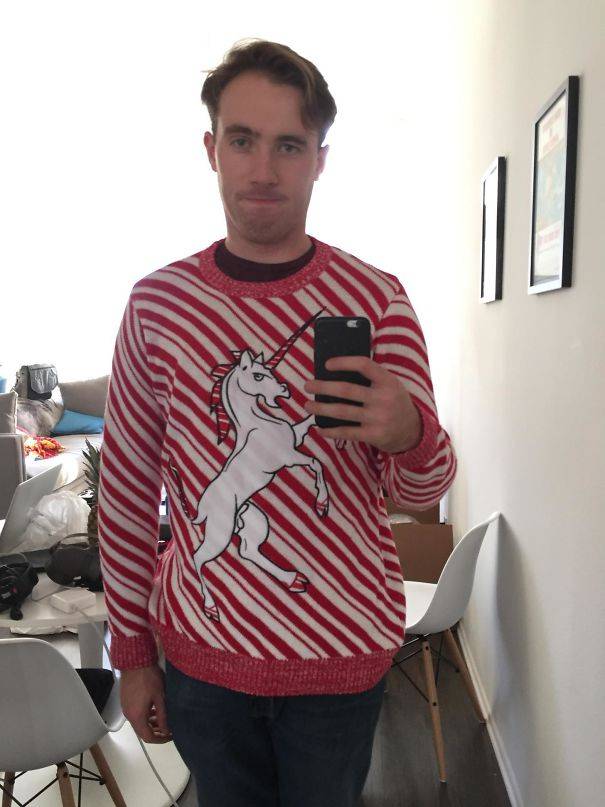 Do we really need to know the anatomy of a unicorn? Apparently, yes, though we are not sure what's the point. 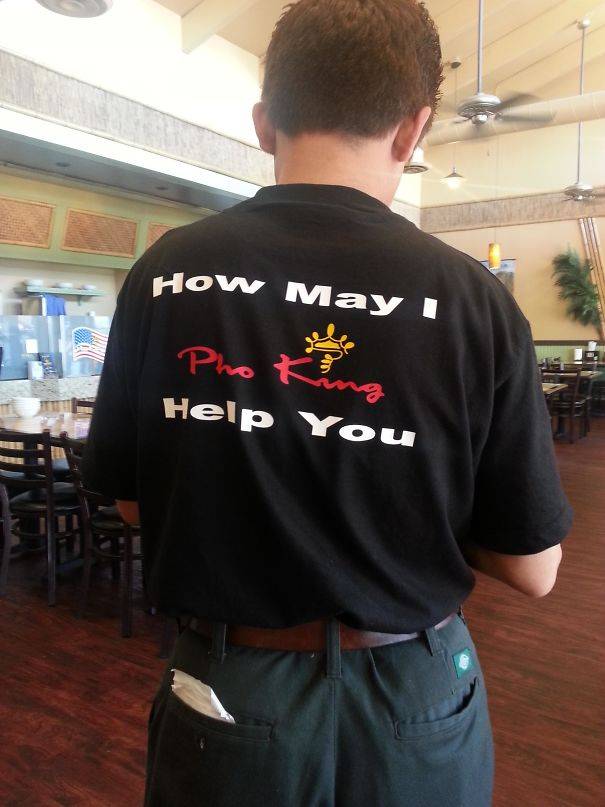 Pho King - where the staff will do anything to help you. 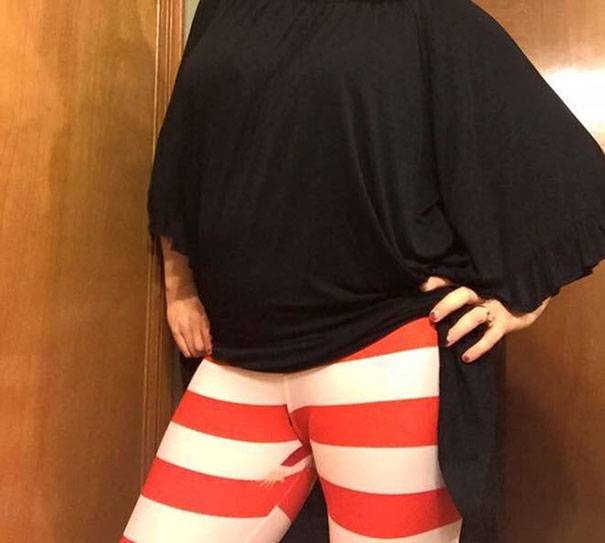 You just have to look really closely.

And in the area you shouldn't looking that closely at.

All Baseball Players Or Just The Ones Wearing This? 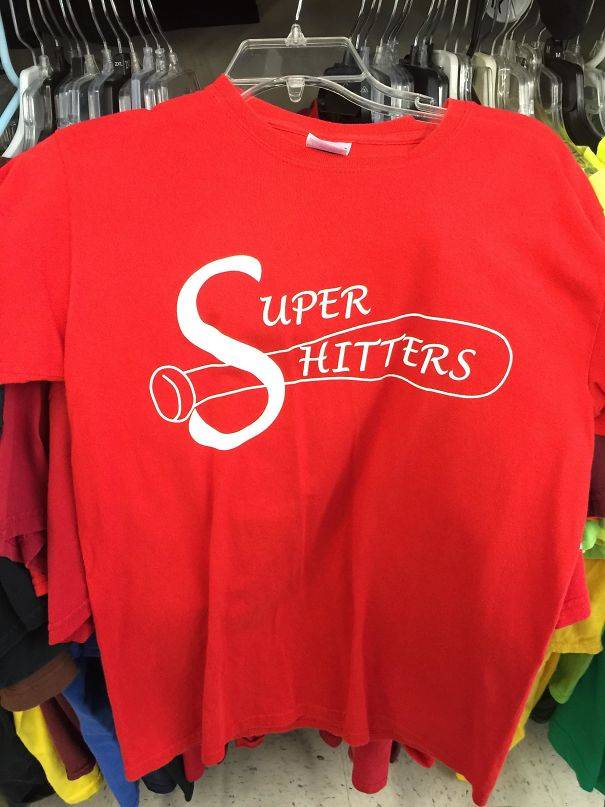 The need for big S was simply for our amusement.

At Least This Fashion Fail Is Hilarious 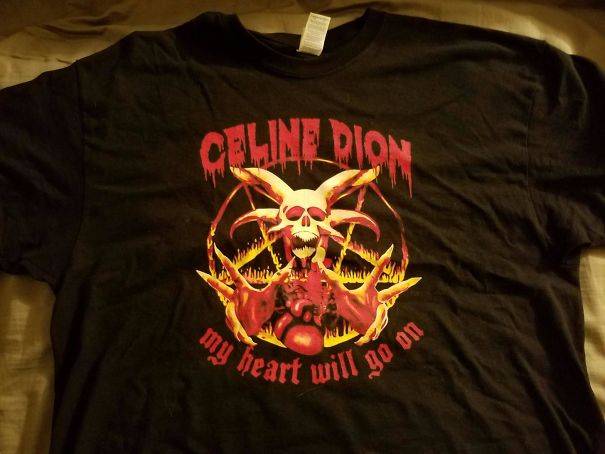 Her heart will go on, Celine Dion sang back in the 90s. And it did. 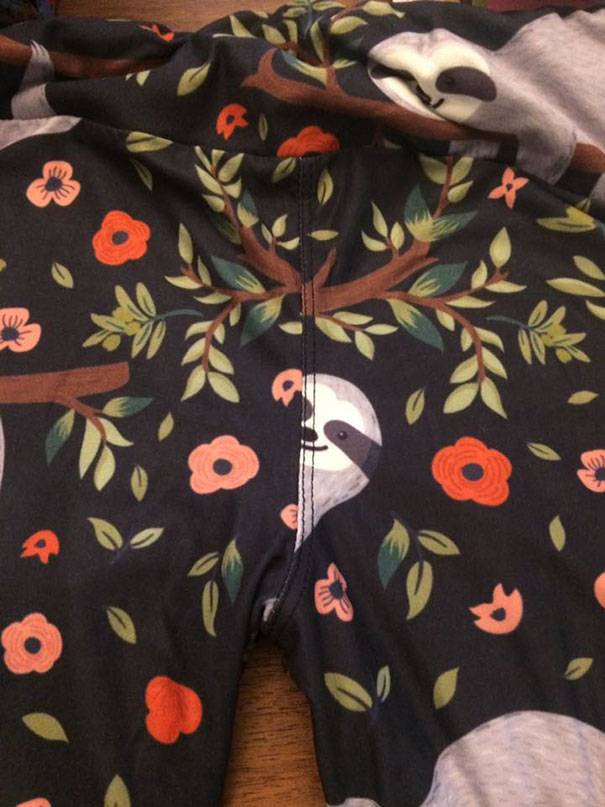 We see what you did there, and we will never look at sloths as innocent, sweet, darling creatures again! 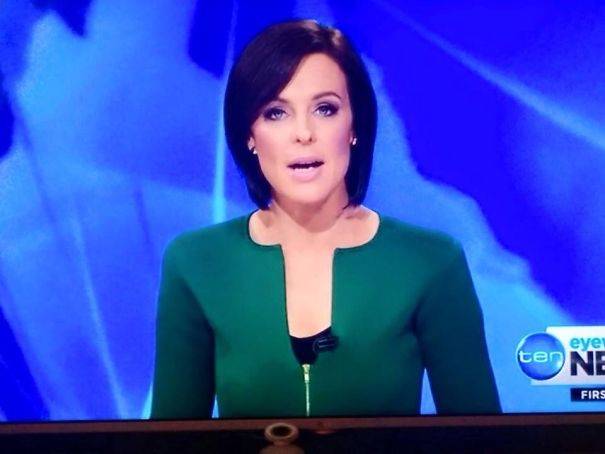 That neckline should be banned.

And to think this was on the news... 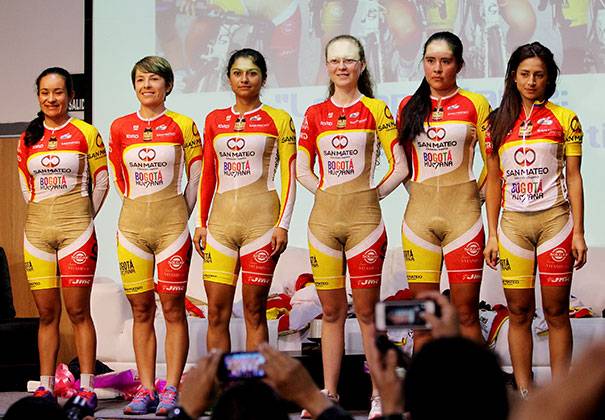 We see everything. It is not that we wanted to, but we hope these girls managed to overcome this fashion disaster.

It's A Pattern, Not A Wedgie! 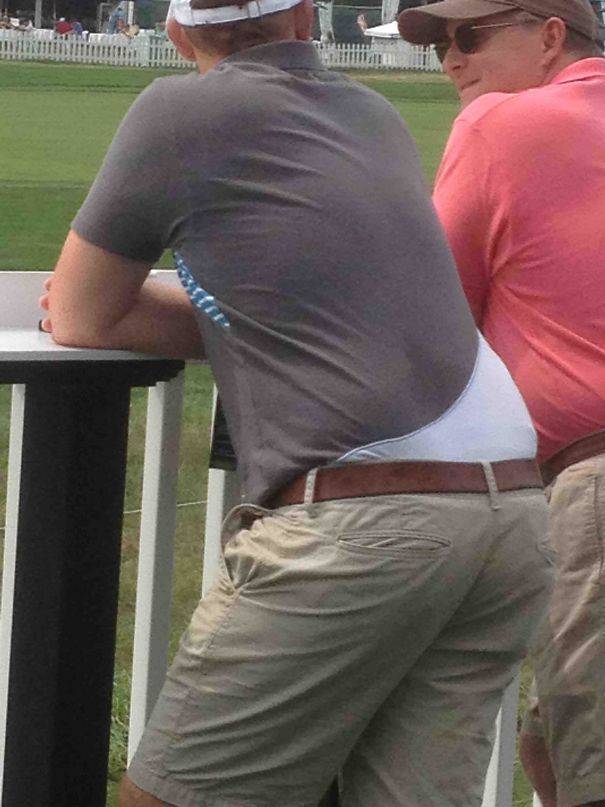 Once again, a cruel fashion joke is on this guy who did not bother to check himself out in the mirror before leaving his home.

Only A Pure Evil Would Make These Socks 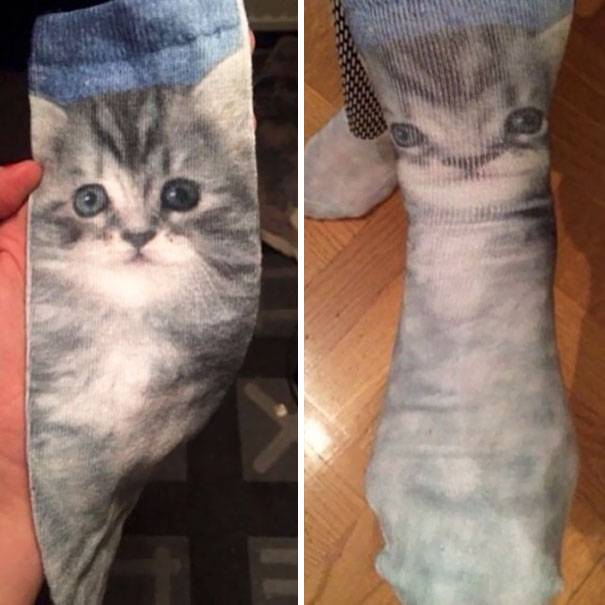 These poor kittens do not deserve to turn into monsters once they are on your feet. Animal cruelty much?

If You Have To Advertise It... 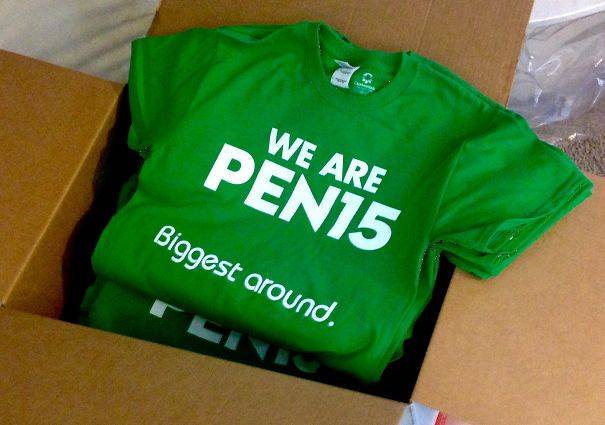 It is bad enough to announce that you are all a bunch of male organs. But to be biggest around? Now, that's worrying.

Ketchup And Mustard Or A Rough Night? 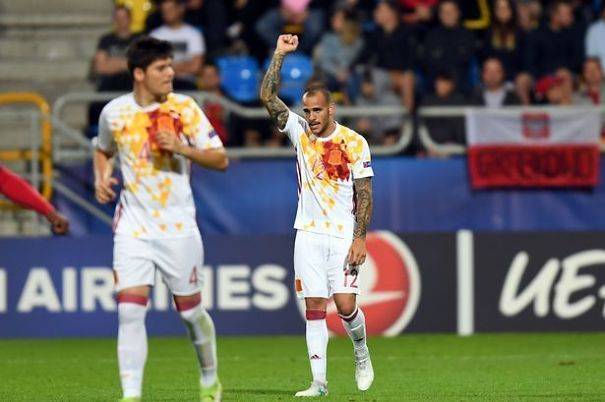 Surely, soccer players can afford not to look like they were up all night, rolling in ketchup and mustard and using each other as punching bags.

Once You See It, You Won't Be Able To Unsee It 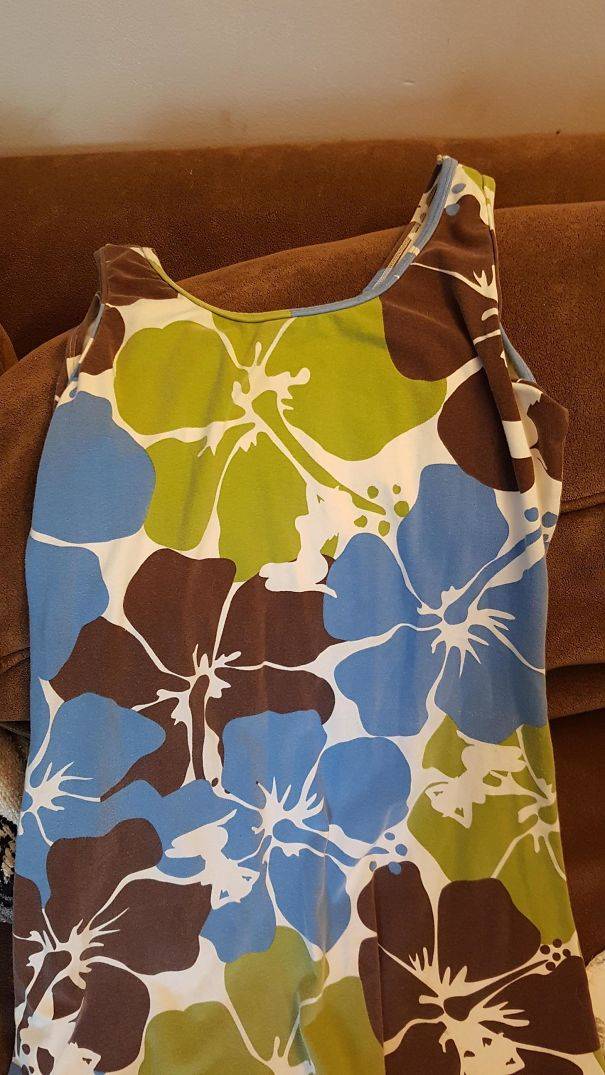 It is pretty simple: flowers are not designers' friends. Either that or they have some rather filthy imagination.

Which of these clothing fails is the biggest fashion disaster? We dare you to pick only one!