Cards Against Humanity is an awful, insulting game, perfect for those who share a twisted sense of humor. Now, add the ignorance of Michael Scott to them, and the game gets even better! 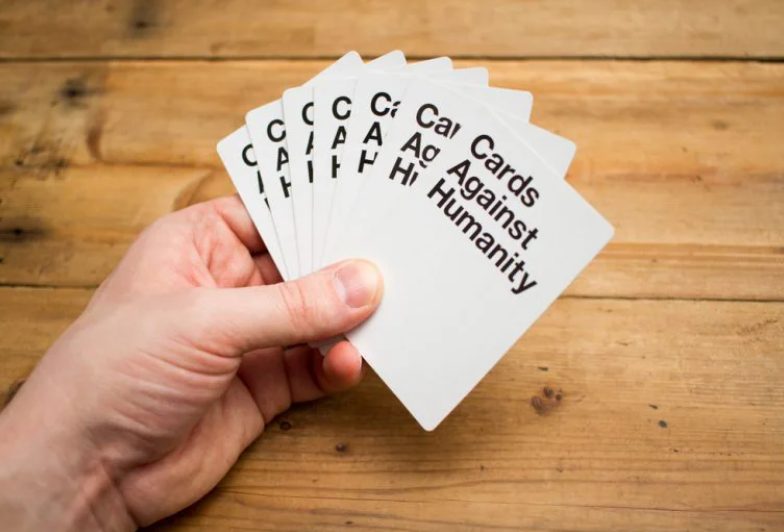 The game appeared in 2011, and it's fairly easy to play. You draw cards and fill in the blanks. The point is to get the most laughs or to shock others with your dirty mind. It's not a family game, but it's something you can enjoy with the ones who share your twisted and unfiltered sense of humor.

The Office feat. Cards Against Humanity

The iconic TV show The Office is quite similar to Cards Against Humanity. Both stand against political correctness and require a certain taste to enjoy.

Ever since the show ended in 2013, fans crave anything to satisfy their inner Micahel Scott while dreaming that they'll be as whole as Jim Halpert one day. Now, one Etsy store is offering Cards Against Humanity Dunder Mifflin style, and we're sure this combo is a winner.

The show's a remake of the British show of the same name. Unlike others, not as watchable remakes, this show was made by the same guy, Ricky Gervais. Not Steve Carell.

If you want to make your Dinner Party episode, you could try with these cards. However, nothing beats poor Michael trying to show off his TV or Jen's candle-making corner. The evening's winner gets a Dundie, which you can also get on Etsy, in a different store.

you know when you’re playing cards against humanity, & you think your card is so unbelievably funny.. but when the person reads it out loud, not a single person laughs.. ya, that shit hurts

The alternative is to give away the funniest ever Dundie, Busiest Beaver Award (misspelled as Bushiest Beaver) to that one person who made you cringe and laugh the hardest.

Cards Against The Office

The Office never truly left since the show's been on various streaming services ever since. It's a perfect blend of unique, borderline creepy characters and beautiful connections.

It is also filled with memorable jokes: from Kevin's chili to Dwight's questionable roots, to some of the best pranks ever, it will make you laugh, laugh even harder, and cry happy tears. 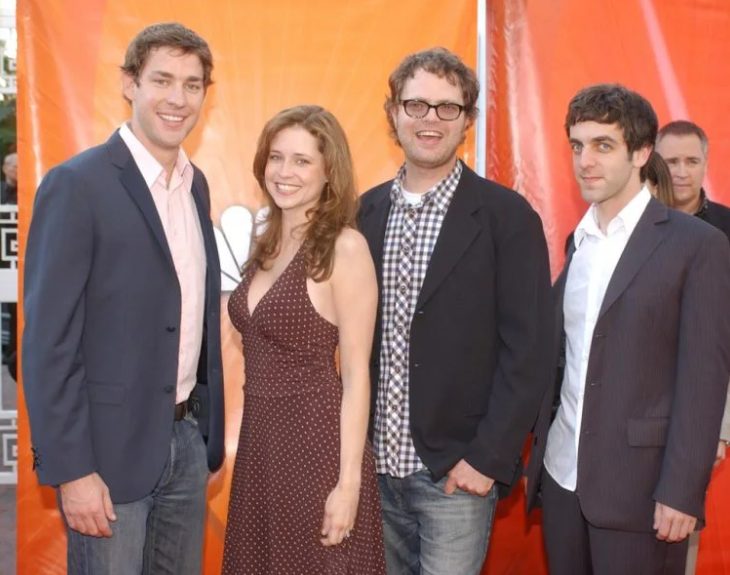 You can buy either physical cards or printable, downloadable versions. The set contains 36 black cards and 144 white cards, and it's made by a dedicated fan who really knows their stuff.

Etsy user CATOOfficialShop made these delightful cards, though the bad news is that they're sold out at the moment. It's no wonder since many fans of the show think this is a delight: the average rating is 4.5, and you, as The Office fan, know that we share Oscar's refined taste.

What to expect from your Cards against the office set

If you are bumped out that you can't get your hands on these cards, here's something to make your day. If you hurry, you can still find them at Giraffe King Games.

What's even more exciting is that you can leave your suggestions, and you know what that means? The Office party will never have to stop because there's not a single line on the show that can't be turned into something... devilishly unacceptable, yet admiringly funny.

My mom is talking about taking a pot of chili to my grandma's house and all I can think of is Kevin from The Office pic.twitter.com/gFAydqhxx2

According to both black and white cards, we noticed that they're missing more Meredith, Pam's mom, and Michael, Dwight's cousin Mose,... Buckle up The Office fans, we have to play a game, and then in a true spirit of the game, and the show, make suggestions for the new cards. 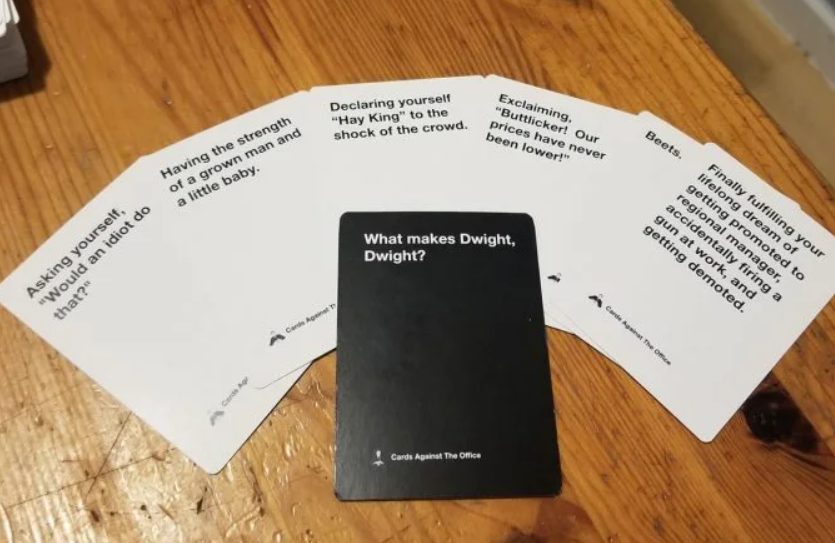 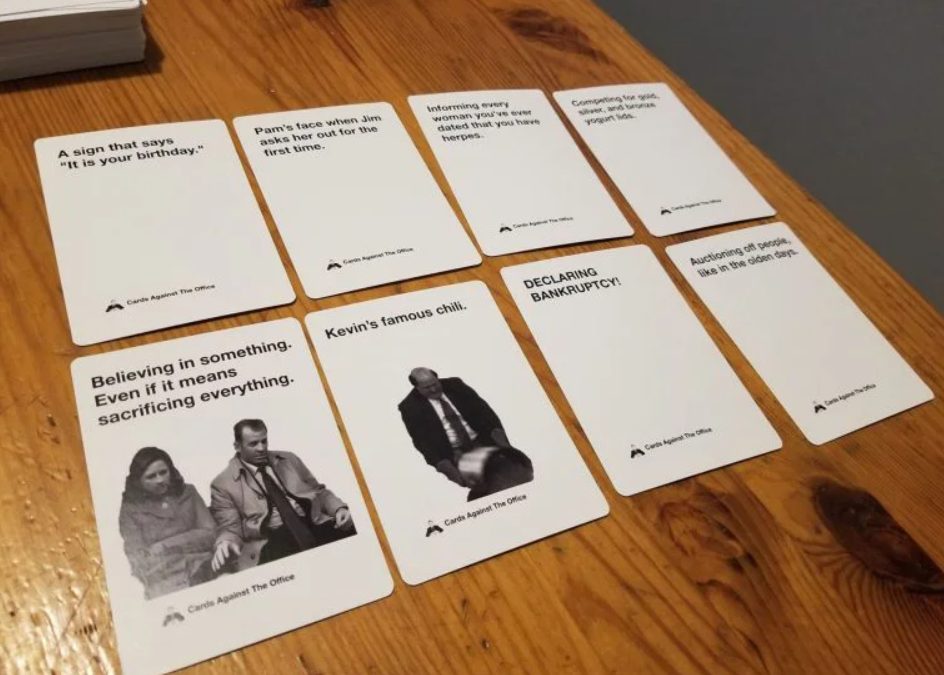 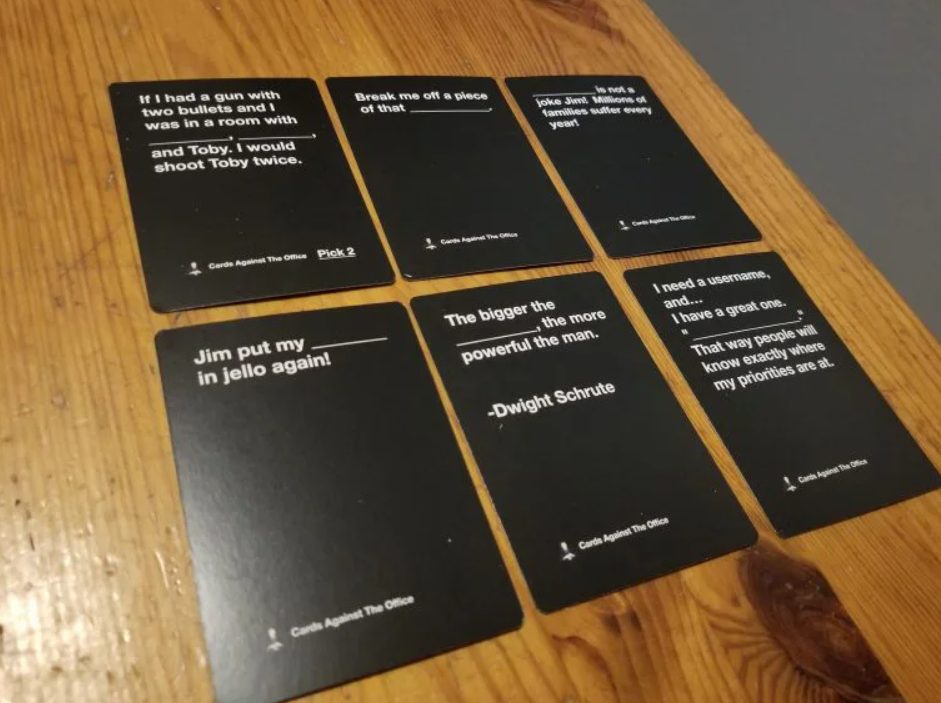