Actress Amber Heard was accused of faking her tears in court on Wednesday the 4th of May when she took to the witness stand.

It was Amber's first time on the witness stand during Johnny's defamation lawsuit against her. She testified that ex-husband Johnny Depp abused her during the couple's 15-month-long marriage.

She accused him of physical abuse, including slapping her and ripping her clothes off to perform a "cavity search" looking for drugs. 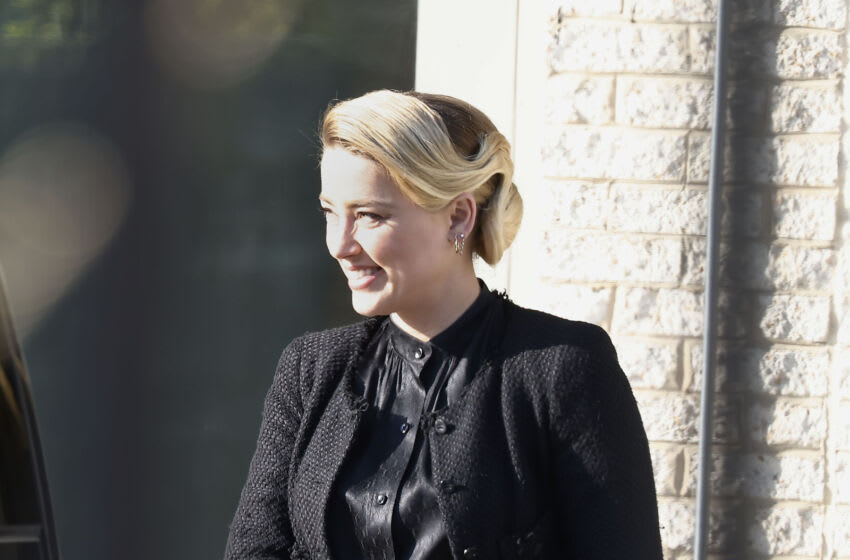 Many viewers were skeptical of her testimony and the "fake crying" that allegedly did not lead to any tears.

Amber described the marriage between her and Johnny as magical, up to the point when it became violent. In 2018 she wrote an op-ed claiming to be a victim of domestic abuse, an action that led to severe damage to Johnny's career and image.

Johnny sued Amber for $50 million for defaming him, and Amber answered with a counterclaim of $100 million, accusing Johhny of a smear campaign against her aimed at damaging her reputation.

Amber went on to tell the court that Johnny first became violent after she commented on a tattoo he had referring to former flame Winona Ryder.

"He slapped me across the face," she claimed. "I didn't know what was going on. I just stared at him."

Johnny has earlier denied ever hitting his ex-wife, and evidence has come to the surface showing that she was instead the abusive spouse.

Amber explained that she stayed with Johnny because she believed in his excuses. However, according to the actress, Johnny continued to hit her on other occasions. On May 13, he ripped her clothes off and allegedly forced his fingers "inside" her.

"He proceeds to do a cavity search," she told the court. "He's looking for his drugs, his cocaine."

. #AmberHeard: first time #JohnnyDepp hit her - she asked him what his tattoo said on his arm (used to say Winona that he turned into Wino). He told her it said "Wino". She laughed. She says Depp slapped her across the face. Her reaction was to laugh thinking it must be a joke pic.twitter.com/6I64HiaquN

Amber spoke calmly at times, and occasionally she was crying. However, the majority of the audience did not show sympathy for her, and they had a hard time believing her story.

OMG I'm DYING. Amber Heard is the worst actor EVER. This fake incoherent PERFORMANCE is sickening... All over the place, too many details, fake sighs, forced tears and looks to the jury.. This is an EMBARASSMENT to survivors everywhere. #Heardsay #AmberHeardIsALiar #DeppvHeard pic.twitter.com/cuRxREWgi8

Poet Joseph Massey questioned her style of crying and wondered:

I watched a little of the Amber Heard testimony today. How does someone cry without tears? Is it a medical condition? Whenever I cry or see someone else crying, it's a real mess that requires multiple tissues if not a small mop.

If the audience believed Amber's accusations, it would have surely sounded different because no one would think these kinds of actions between spouses are acceptable. However, the fact that Amber earlier has been caught lying makes her story less credible to the viewers.

Many stand on Johnny's side during the trial and show resentment against Amber for the damage she did to their idol. They consider her an embarrassment to actual victims of domestic abuse.

Flashes of anger are coming through instead of the tears and sadness Amber Heard is trying to sell. And the daytime Emmy goes to...

Watching Amber Heard on trial. This woman has “cried” without tears then went back to being fine and now she’s talking like she’s in a film… it’s embarrassing to listen to 🤦‍♀️ you BOTH did drugs, she drugs WITH him! You can’t use that against him NOW

no wonder Johnny Depp was the one who got Amber Heard the aquaman role. This clown is embarrassing, she can’t act to save her life.
She’s been trying to shed a single tear for hours and still miserably failed.#justiceforjohnnydepp #DeppVsHeard pic.twitter.com/TAkYxutfeF

after hearing Dr. Curry and now hearing Amber Heard, I can see that Dr. Curry was 100% RIGHT. the way she acts is EXACTLY the way Dr. Curry says she acts. #DeppVsHeard #JusticeForJohnnyDepp pic.twitter.com/oY6cLp8VXE#DeppVsHeard