A woman wore a nude-colored swimsuit with open-cut straps that exposed her behind, sparking a debate on TikTok. Many said she should have "respected" others in the family-friendly venue.

TikTok user Kim Stram shared a video featuring a woman in a nude-colored G-string thong that barely covered her modesty. 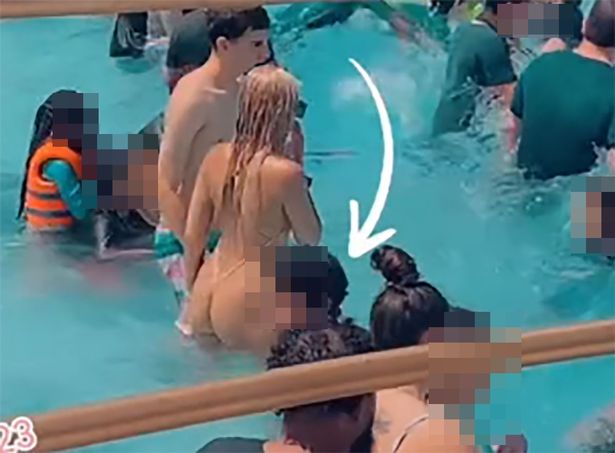 In the viral video, the waterpark-goer and her friend went on with their business as young kids and parents filled up the place.

A concerned parent — Kim, who was at the pool — filmed the woman and zoomed in to show her costume.

When the woman turns away from the camera, it's visible that the back of her swimwear is made up of just a tiny slither of fabric that makes G-string bottoms and a zigzag feature across her shoulders.

Behind her, a man stands wearing sunglasses.

The text overlay on the clip asks:

"Is it appropriate for a family water park, or NOT?" 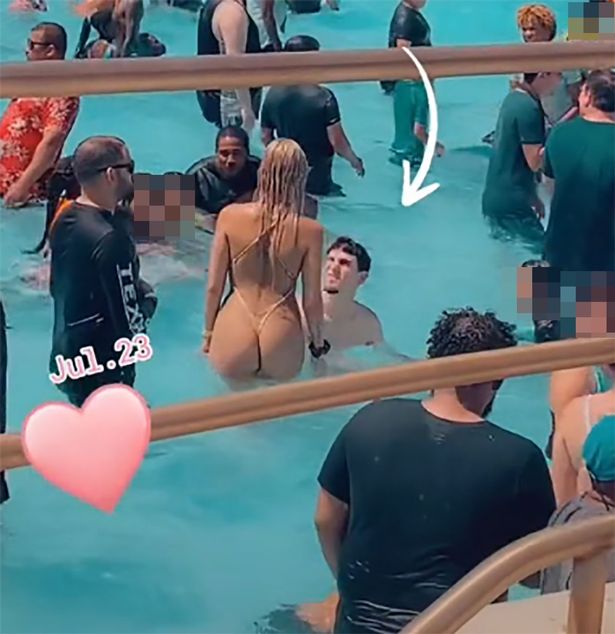 Posting the clip, Kim asked others to weigh in on the debate while making her opinion clear.

She wrote in the caption:

"Thoughts!! I don't think it's appropriate. There are kids all around her, but she looks great. #thongbikini."

"People keep saying there are kids around, but the kids don't care. The women are just concerned their husbands are looking."

"Her decision. Her choice."

"What's not appropriate is the man's behavior in sunglasses."

Others TikTok users said the woman should have respected other families and dressed accordingly.

"It's called having respect for others and their family, this world doesn't have it anymore." 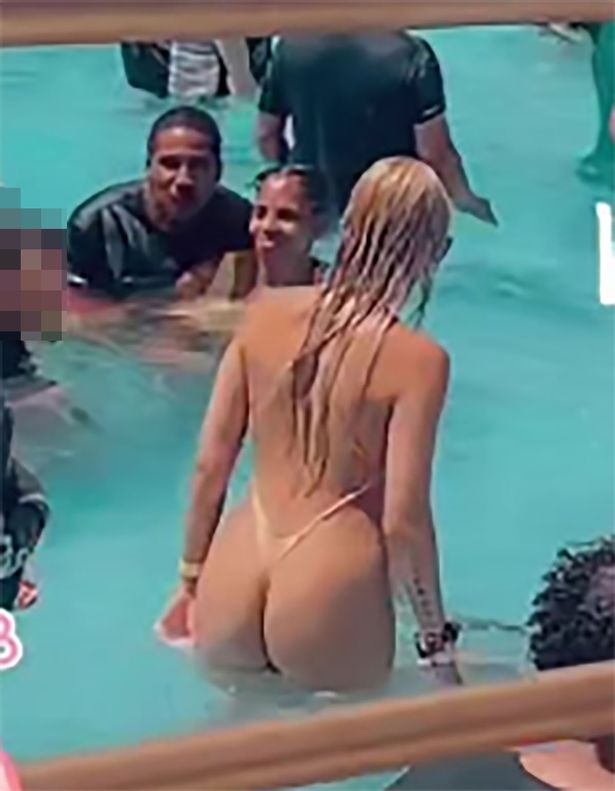 "It definitely isn't appropriate, and for those of you saying kids don't care, you're part of the problem. Kids follow what they see and think is okay."

While a third person wrote:

"That's too much. Time and place. I wear stuff like that but wouldn't wear it there out of respect for others."

This isn't the first woman to face backlash for dressing "inappropriately" in public spaces.

Last month, a nurse was criticized for wearing a tight uniform at work. But the nurse defended herself, saying it was because of her hourglass body shape.

Back in May, Ice T's wife Coco Austin was also "mom-shamed" for wearing an eye-popping thong bikini to a water park with her six-year-old daughter.