Today on "Women on a Mission," we have Natasha Crown, the woman who aims to have the world's biggest bum.

The model recently shared her progress in a racy outfit.

The Swedish star has had five bum lifts in the past five years. In her recent photos, Natasha flaunted her undies in a pair of revealing beige trousers and paired them with a matching long-sleeved top.

To give her fans a better view, the 27-year-old turned away from the camera with her rare view in full sight.

She looked at the camera and pouted while wearing bright red lipstick.

It drove her fans crazy.

One commented: "Bootyful times a trillion." Another added: "What a booty babe."

Others went on to express their love for her bum and figure.

While there were many comments of appreciation, others expressed worry over how far she is taking her obsession with plastic surgery.

One person wrote on Instagram: "Why are you so obsessed with your a***? You do realize that in 10 years time, you are gonna so regret this." 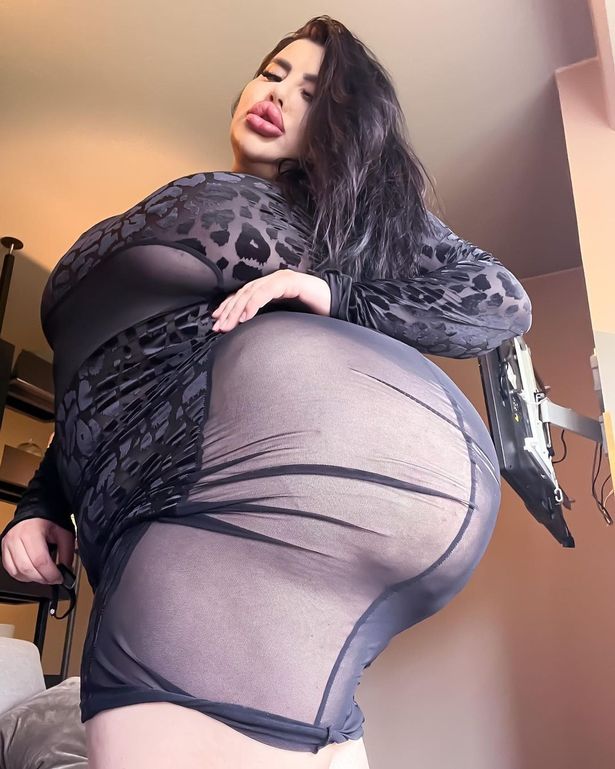 Another asked: "What is wrong with people being happy with the body they have instead of deforming it?

Earlier this year, while on a TV show, Natasha said:

"I'm going to have the world's biggest bum. That's my goal, and I'm going to reach it. When I was 20 years old, I did my first surgery, and it was a BBL."

"I did my last Brazilian butt lift one month ago, and that was fifth."

It doesn't look like Natasha will take things easy despite constant criticism.

When asked if she ever worried about its likely adverse effects, she said it did not bother her. Even when confronted with stories of people who died from butt lift surgeries, she only called them "unlucky."