A woman who spent £50,000 on cosmetic surgery to resemble Kim Kardashian claims that people no longer think she is South Korean.

Cherrie Lee, 28, Hanbyeol in South Korea, has always looked up to the Kardashians and believes that Kim is "the most beautiful lady in the world."

Cherri underwent her first surgery when she was 20 years old, and in the past eight years, she has undergone a staggering 15 procedures. 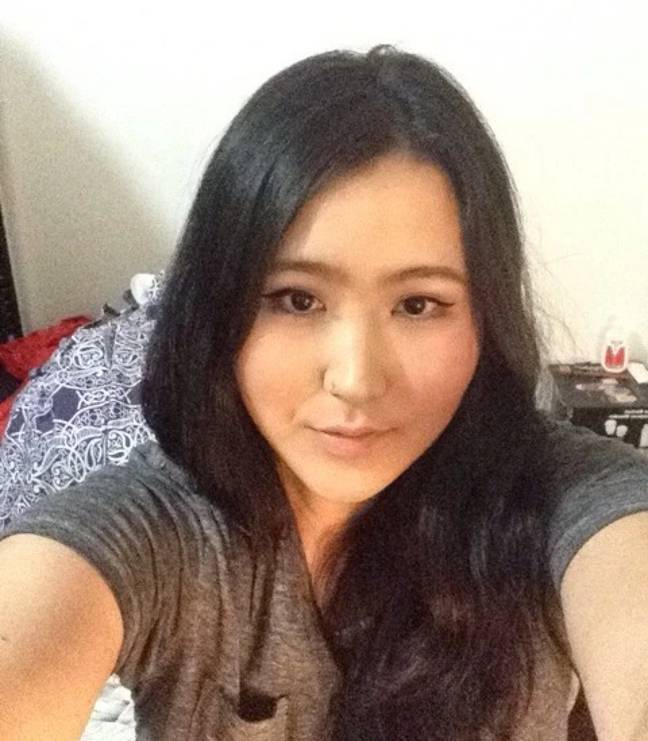 She is now a 34GGG cup size, thanks to the 1050cc implants she has in each breast.

"I didn't anticipate getting this far, but I got addicted to surgery," the part-time English teacher said. "Every time I had surgery, I noticed a difference for the better, and I loved it.

"Kim has been a constant inspiration to me; in my opinion, she is the most beautiful woman on earth.

"I look completely different than I did before; I look Western, and some members of my Korean family no longer recognize me."

"I have a look I've always wanted, so I know when to quit and don't have any more surgeries planned at this time." 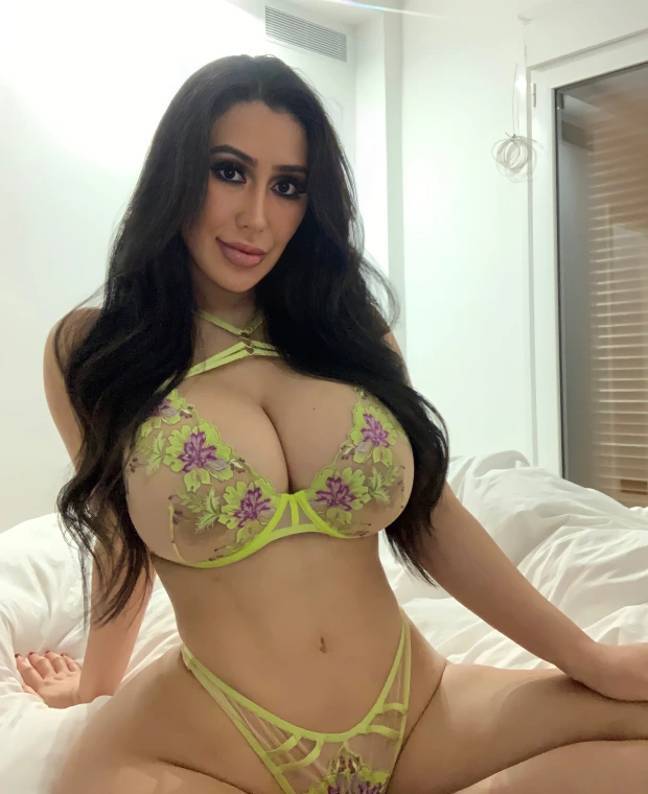 "I don't regret a single surgery, and I'd do it all again the same."

In 2014, Cherri underwent her first eyelid surgery due to a difficult breakup.

"After the breakup, my confidence was at an all-time low," she said. I've always coveted the glitzy Kardashian look and a big bum and hourglass body."

"After the first surgery, my ex did not want me back, but as I saw improvements each time, I became immediately addicted."

She got three Brazilian butt lifts (BBL) between 2019 and 2021 to get Kim's well-known backside.

"I had it done three years in a row," she continued. "Every time, it was simply too modest for my taste."

She also underwent cheekbone surgery, a nose job, a double chin reduction, and two sessions of buccal fat extraction, which thins the cheeks, between those years. 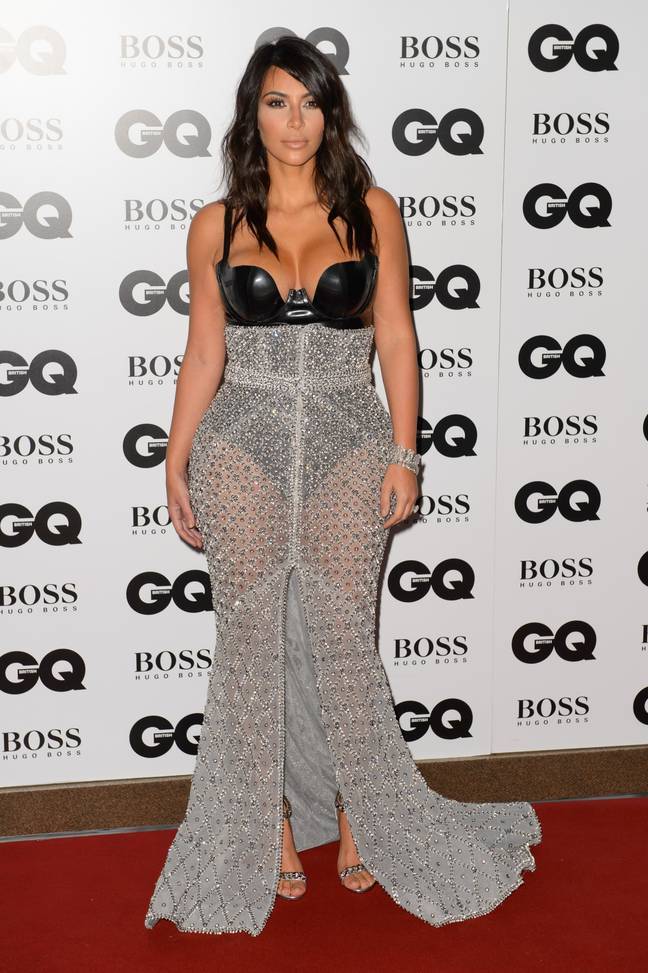 Cherri, who is unmarried and resides in South Korea, claims that support from her parents has allowed her to pay for the procedures.

"I'm not planning any further surgery at this time; I know when to quit," she said.

"I used to be addicted. When I would wake up in agonizing pain and afterward see myself, it would be my reward, and I would feel elated."

"I'm glad none of my procedures failed since I know it is possible."

Even some of Cherri's family members, according to Cherri, don't recognize her because they think she's a tourist.

She added: "Although I do not think my facial features look like Kim Kardashian's, she definitely has the same vibe." 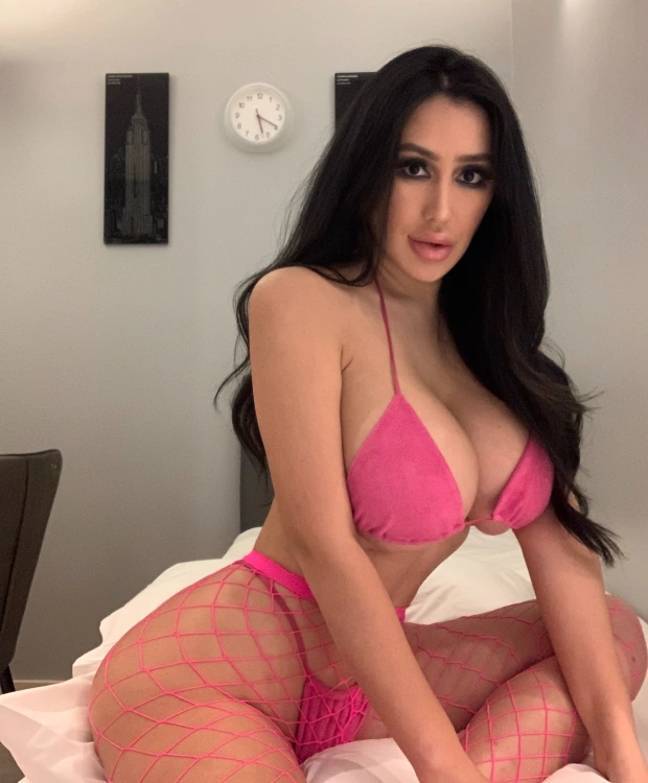 "I occasionally get comments from people who mistakenly believe I can't hear them asking each other whether I'm Kim."

"Many people resemble Kim, but it is harder for me since I am Asian. Asian girls rarely engage in this. "

"I'm aware that many people may find this upsetting, but I've never been a big lover of Asian features. Before, I didn't like the way I looked, but right now, I'm absolutely happy."

She said, "I enjoy it when people stop and compliment me. However, I hate when men ask for my phone number."

"When I was in London, that occurred a few times; it irritates me when people believe they stand a chance!"

"My ex has gotten in touch with me again and said he wants me now that he's seen my metamorphosis, but I'm too good for him now, and higher caliber guys are approaching me instead!"

"One time, a middle-aged woman asked me how much I charge per hour, implying that I was a sex worker. It was rude of her - I was wearing a summer dress in public."

"I don't let that bother me, though. Jog on if you have nothing good to say." 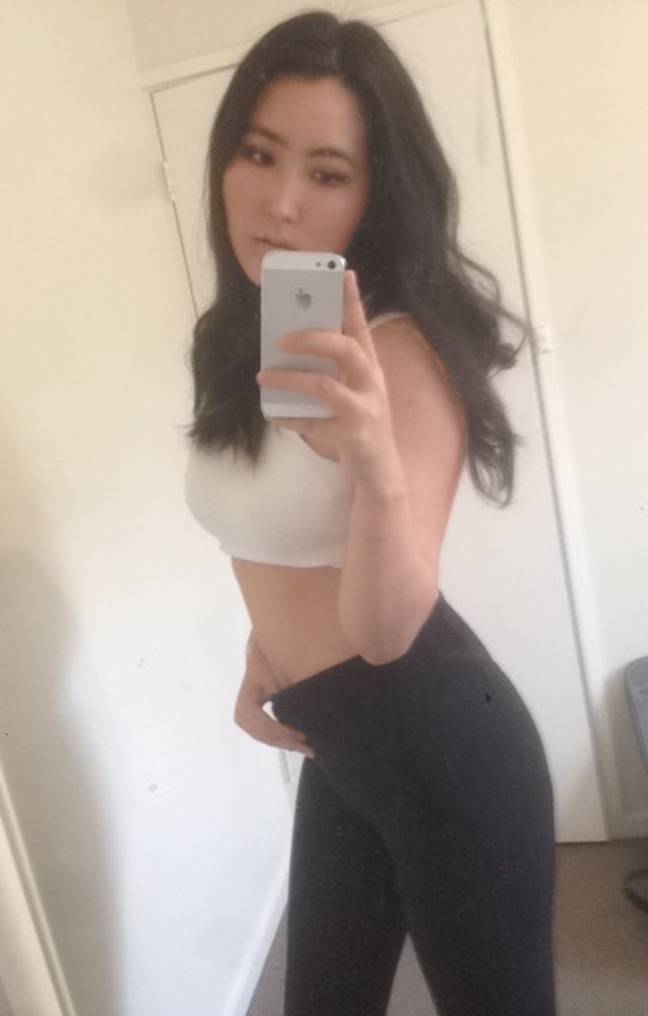 "Everyone should be free to modify their physical appearance; do anything you want, so long as you do not harm anyone."

"I now have a larger pool of men approaching me," Cherri said.

I've always been a people-pleaser because it makes me feel sexy. It pleases me when strangers compliment me."

"I feel exotic and unique whenever I have to clarify to someone that I am Korean, and they say I don't look it."

"In my opinion, Kim is a gorgeous lady, so to be compared to her is incredible."

"Compared to when I was younger, my confidence is through the roof, and I'm lot happy now."

"It was worthwhile. The only thing I regret is not doing it sooner."