Our dreams often clash with reality. But this is a story about hope, patience, and the biggest reward a young couple received after learning about their misfortune.

Hollie Gambrel was 32 when she learned she was going through early menopause.

The young woman started noticing that her period was missing. After eight months of trying to conceive a child naturally, she learned that she was premenopausal.

Hollie and husband David, 34, from Texas, are now parents of identical triplets after friends and family came together to help them pay for the $30,000 treatment. 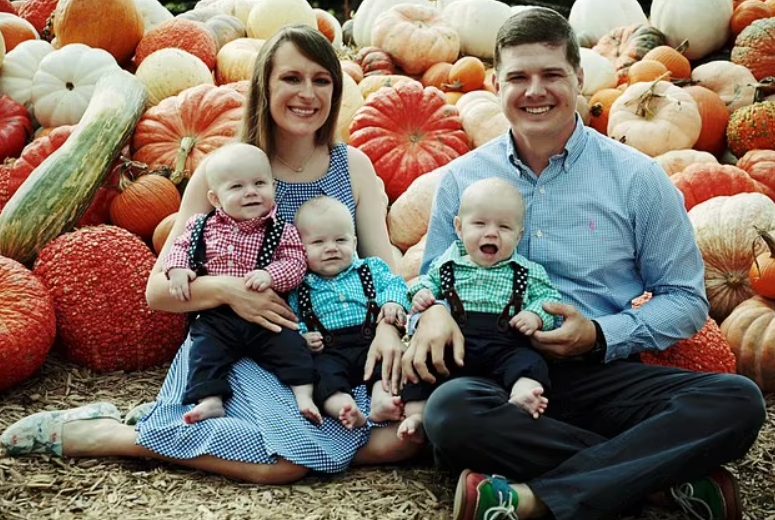 The couple's journey started in September 2019. They learned that the fertilized egg had been split into three. They didn't just beat the odds since the odds of this happening are 1 in 200 million!

The children are now one, and the lucky mom shared some thoughts about the unusual journey:

"I'm speechless sometimes because I can't believe I have three babies."

"I want others to know there is a way - it may not be the way you planned, but it will always work out." 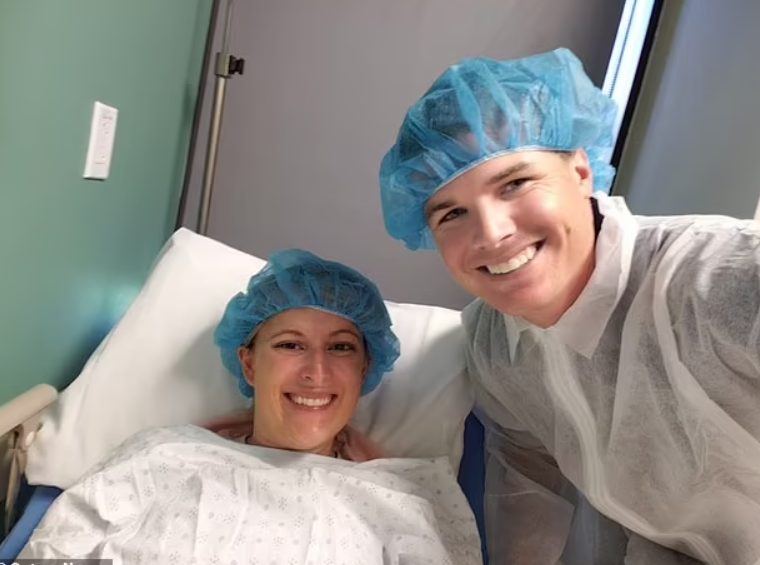 "I was heartbroken about not having my own but happy that my husband was able to have his own biological baby."

The Universe Worked In The Couple's Favor 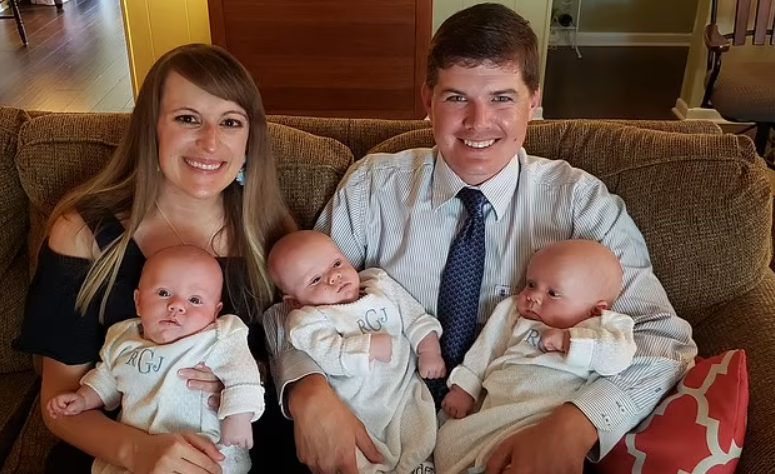 In May 2019, Hollie picked the donor. She wanted a woman who was similar to her, and she got lucky. Speaking about it, the new mom revealed:

"I felt so grateful picking a donor."

"It was amazing to know there was someone who would give their eggs so I can try and have my own family."

"We were able to see the profiles and photos of different women who were approved by the doctor's office." 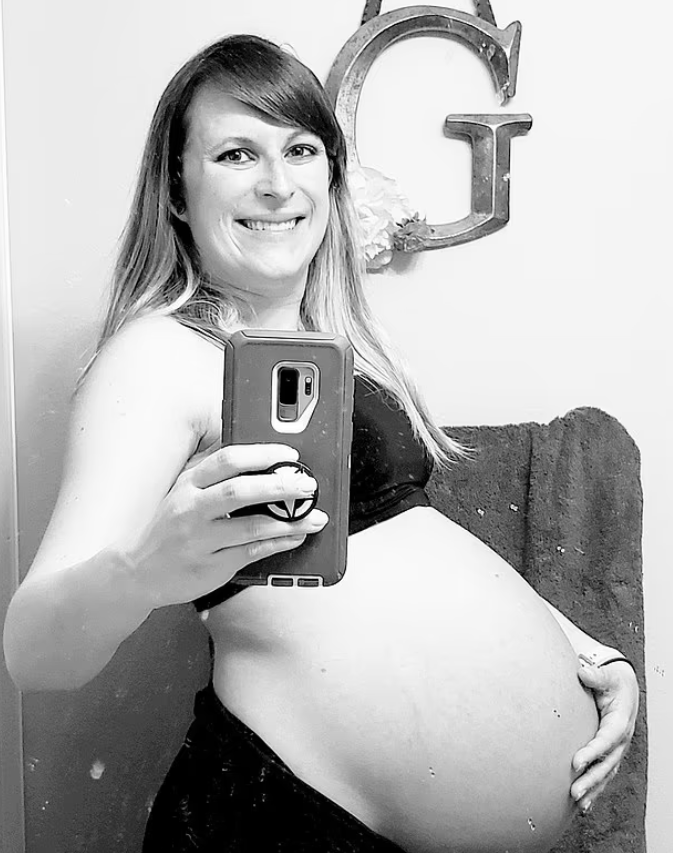 However, the universe works in mysterious ways. Out of 29 eggs available, only one embryo was transferred on August 7, 2019. It was a life-changing moment for the couple:

"On August 16, a blood test revealed I was pregnant."

"We were ecstatic as we had been waiting for this result for two years." 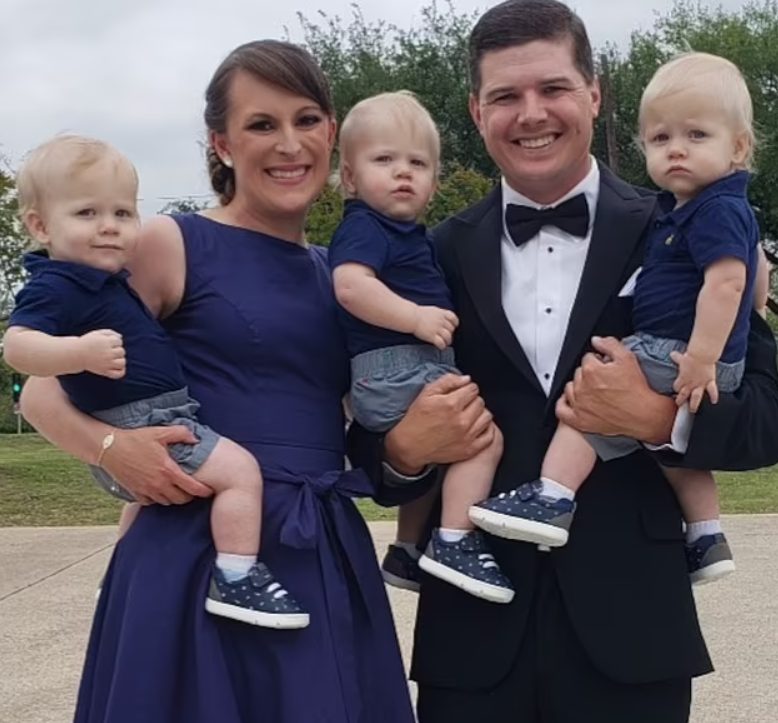 "We turned bright red when they said 'three babies.'"

"I was in disbelief, and I couldn't stop laughing. I thought it was a joke".

Hollie added that David was speechless.

"It took us a while to get our heads around, but I was over the moon.." 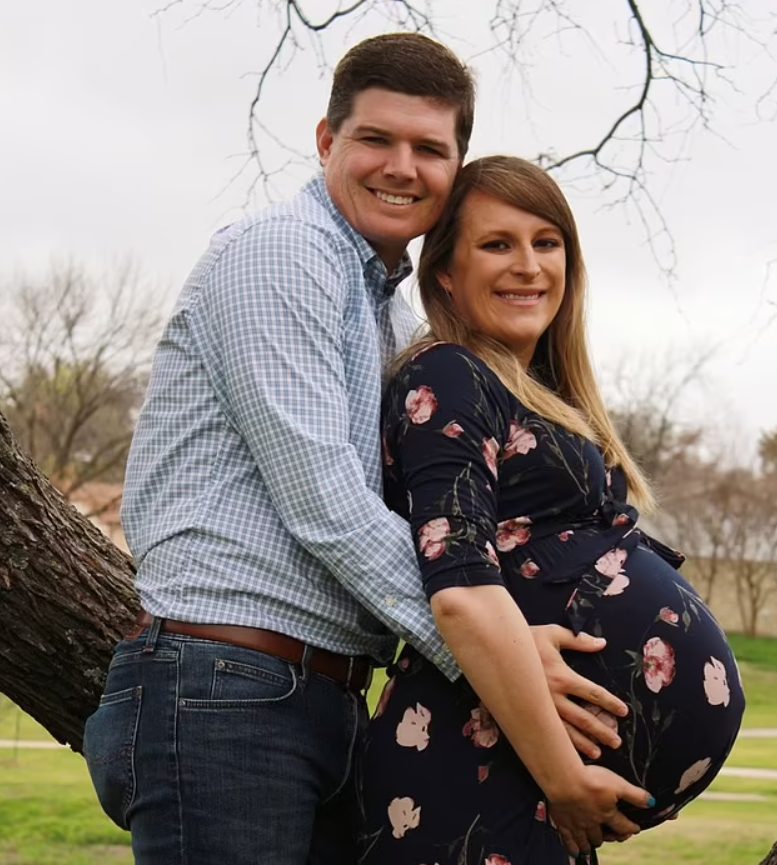 Luckily, she had no difficulties during pregnancy:

"Pregnancy was the best thing ever. I had no issues apart from a huge stomach. I gained 50lbs, but it was fine."

After the C-section at 33 weeks, the babies finally arrived:

"The babies were taken into NICU, but they were thriving." 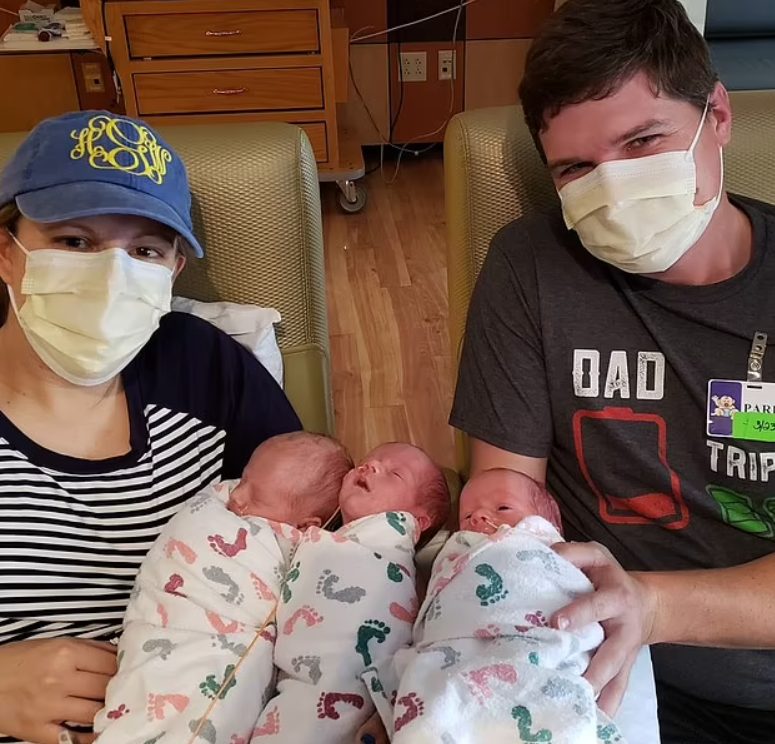 Hollie shares their big family's life on Instagram, where she describes it as crazy.

"There's a lot of running up and down the stairs, bottles, nappies, kisses, and cuddles."

"Rory and Rhett play with each other the most, whereas Ryder is focused on playing with a toy alone."

"We are so thankful for everyone who helped us on this journey."

"It's worth it. it just took three of us rather than one."

Hollie is looking forward to sharing the story with her babies:

"I am thankful for the donor and not fazed that the babies weren't created with my eggs."

"All I have to do is look into their eyes, and then I can see how much they love me - so it doesn't bother me."

"As soon as they're old enough to understand, they will know a stranger helped get them here."

Hollie was only 32 when she learned about premature menopause. Still, her story didn't get only a happy ending, but three of them!