Kelly Liesse shared her revenge story on TikTok, leaving commentators divided. Here is what happened to the woman and how she "took down" her neighbor.

A neighbor reported Kelly after parking on double yellow lines, days before Valentine's Day. To understand what this means, here is a quick explanation. Double yellow lines indicate no waiting is allowed at any time. Liesse explained in a comment section that she had a Blue Badge on display, which may have allowed her to park for up to three hours. 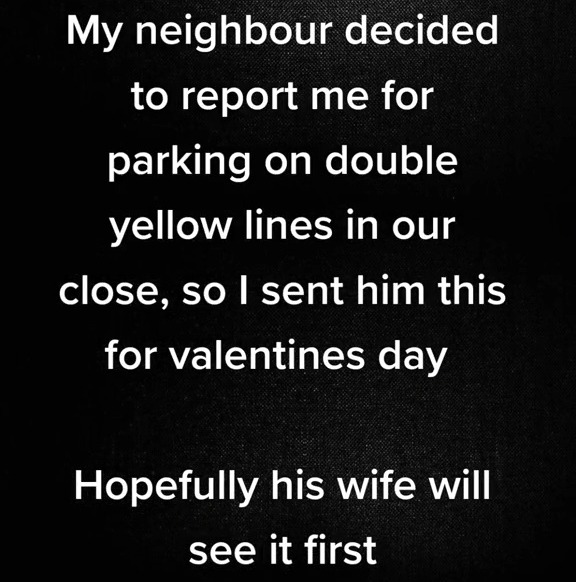 In a TikTok video titled "it's payback time," Kelly Liesse revealed she decided to send her neighbor a Valentine's Day card, hoping his wife would "see it first."

It was not the most original plan, but it was something. Kelly chose the card, which read: "I love that you can be you, I can be me, and together we're happy as can be."

"Happy Valentine's Day my darling. I can't believe I found you, but we're meant to be. I am always there for you and you're always there for me. No one in this world could make me feel this way. And all my love for you keeps growing more and more every day. I can't wait to see you next, miss you so much."

We don't know how the wife reacted or if she even saw the card. Many TikTokers pointed out that Kelly's revenge plot was about "'ruining' the neighbor's marriage. 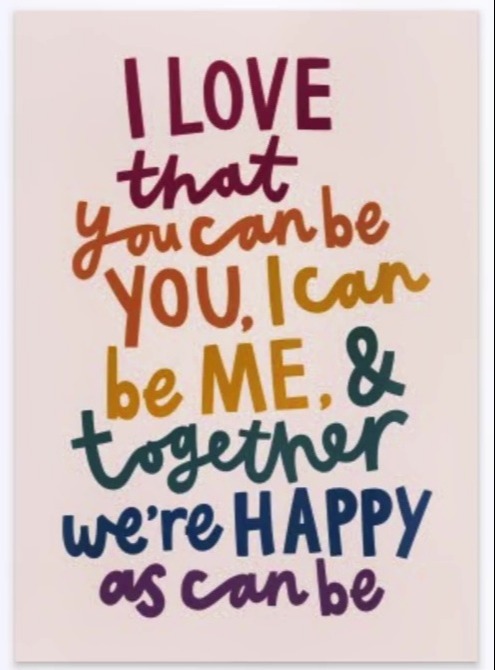 Some comments were against Kelly's actions, as one person wrote:

"But this isn't hurting him it's hurting his innocent wife.."

Fair point, as the other TikToker agreed:

"Think you are punishing the wife more than the man."

Kelly then explained that she was not a fan of this family, saying:

"If you read the comments, a blue badge was on display, so he had no reason to do this. He is a nasty bloke, and so is she."

Other TikTokers loved this revenge, and despite differences in opinions, all want an update. Watch the video, and decide for yourself whether this was out of line or just the revenge the neighbor deserved:

We are also uncertain about the whole Blue Badge thing since misuse can result in a £1,000 fine and confiscation of the badge.