Tik Toker Madi Marotta was in a mood for some cute beach photos, but they turned out to be something a bit different.

Madi explained to her 15k followers that during her trip to Miami's South Beach, she thought she found a perfect scenery for some end-of-the-summer images.

Instead, she got a terrifying, X-rated image.

Madi posed in a yellow-white bikini, but instead of showing off her figure, a beachgoer's hand ended up on the photo, creating the perfect illusion that Madi is flashing her followers with her penis.

"I tried to take a cute pic on South Beach, and this lady's arm makes me look like my peen is hanging out. Enjoy."

Madi Wasn't Aware Of What Happened In Her Photo At First 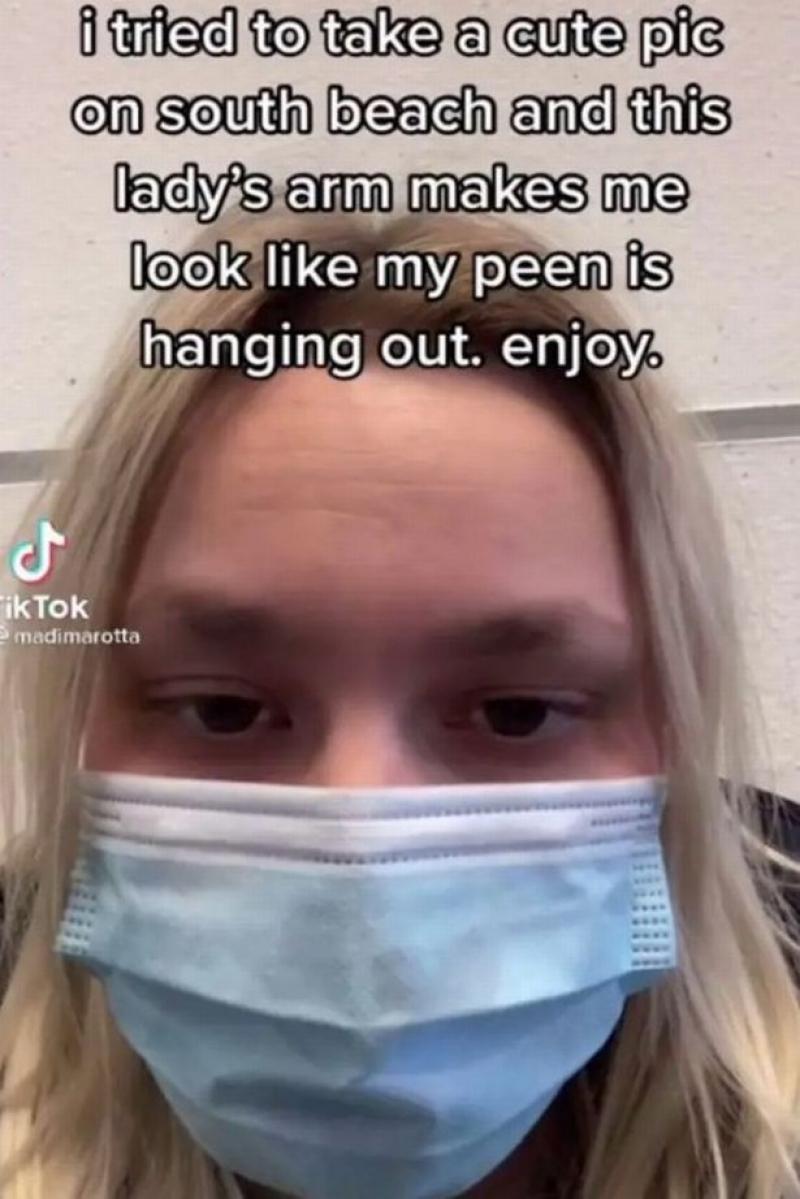 After taking a closer look, Marotta found that this lady's arm turned her cute photo into something a bit more adult.

But, she still posted it, and so far, she got 730,000 likes and 12,000 comments. We are fairly certain that a simple cute pic would never get this much attention.

Her followers were fascinated. Madi's introduction video didn't disappoint, and one person wrote:

Others revealed they laughed out loud. Another TikToker wrote:

"I WASN'T EXPECTING IT TO BE THAT BAD."

"I'm so sorry, I laughed harder than expected."

Some even used caps lock to express their excitement:

"GIRL IDK WHAT I EXPECTED BUT IT WASN'T THAT PLSSS." 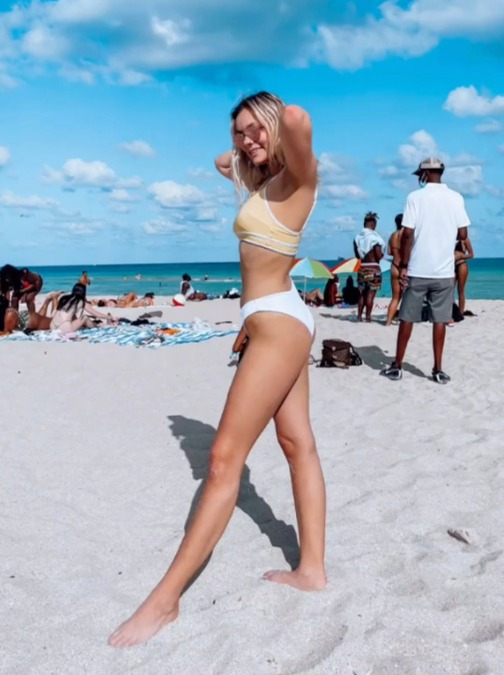 Madi explained in a follow-up video that she shared the same photo on Instagram, hoping that no one would notice her penis/ the lady's arm.

However, people messaged her within five seconds, and some friends were laughing while others were concerned. So, she eventually deleted the Instagram post.

"Madi, it literally looks like you have a d*** in that second pic."

And the 21-year-old added that she tried to Photoshop the rude arm from her cute Miami photo, but it only looked weirder, if that's possible.

As one TikTok stated, this was an important lesson for anyone planning a photoshoot.

"Reminder: don't take pictures in front of people's arms. OK, got it."

You have to admit that the X-rated image looks too realistic, especially since the two women seem to have similar tans. This might be one of the worst bikini photoshoot fails in social media history, and we are grateful that Madi shared it with the world.