Hollie Hunter, from Livingston, Scotland, created utter chaos, causing her neighbors to call the police. The reason? She saw a giant spider.

The police rushed to the "crime scene" after the considered neighbors heard unexplainable screams. 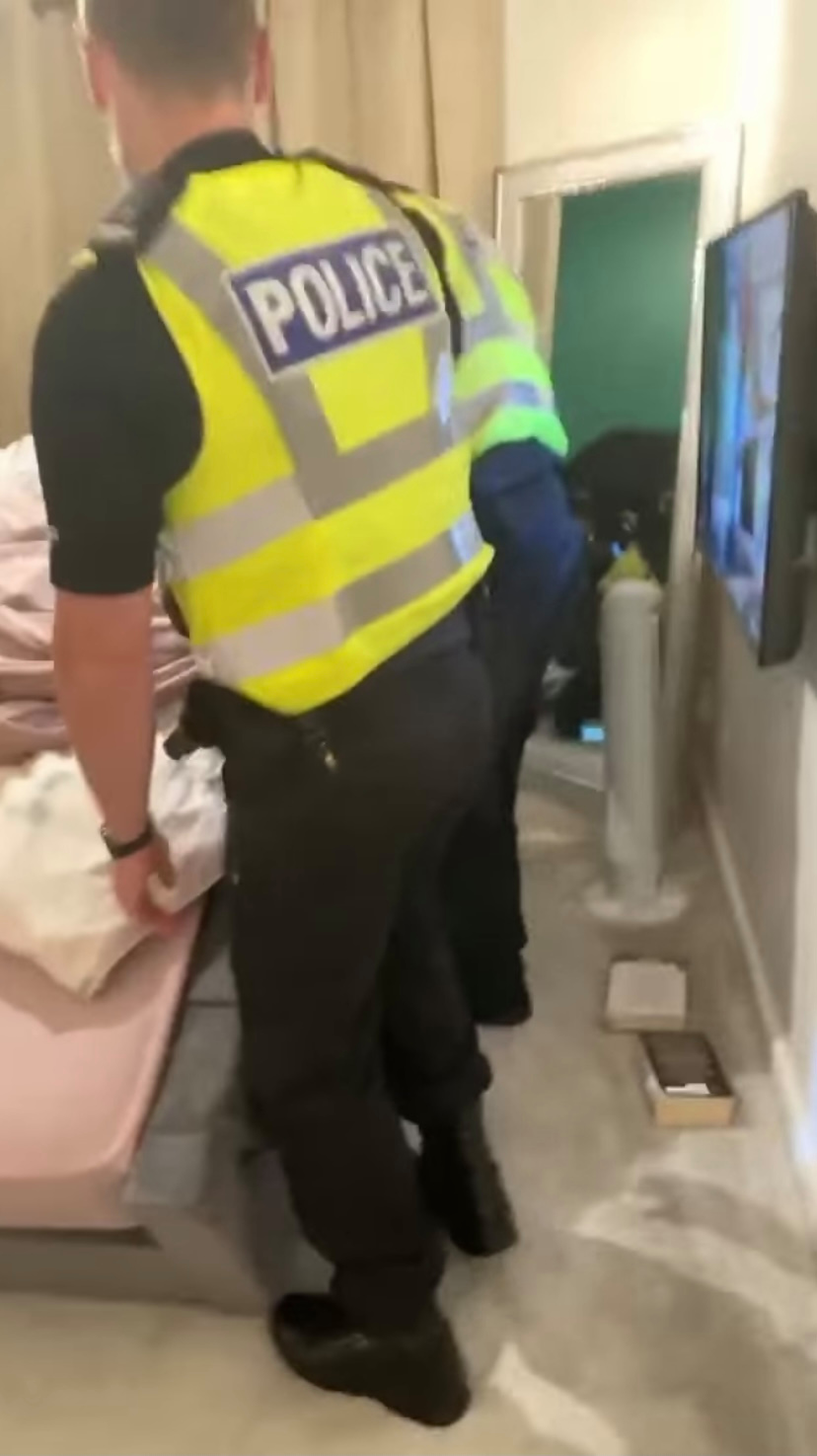 The police removed a spider "the size of her hand," and we understand that the 30-year-old woman was petrified. Among all fears, spiders are among the most common creatures that haunt our nightmares.

Hollie said she was "mortified," which caused the screaming, though we ought to wonder just how loud her screams were.

She uploaded her troubles on Facebook and TikTok, explaining that after 40 minutes of fighting the moth, she went to her bedroom, only to find an enormous spider.

That's when she started crying, screaming, and "making such a racket that my neighbor thought I was being attacked." 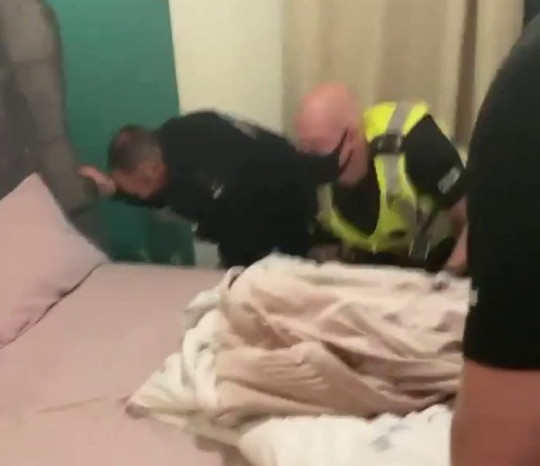 Five officers showed up, and Hollie was honest about her spider situation. She opened the door, and in a crying voice, said:

"I'm so sorry there's a spider under my bed, and I'm petrified."

When the officers asked if someone else was in the apartment, Hollie answered:

So, the five officers were on the hunt for a giant spider, but the creature almost escaped.

Hollie explained that while the officers were lifting her duvet, the spider went out into the hall.

Yet, one of the officers found the giant little guy, took it outside while laughing. Hollie added:

"It was crawling about his arm as he was walking out the door." 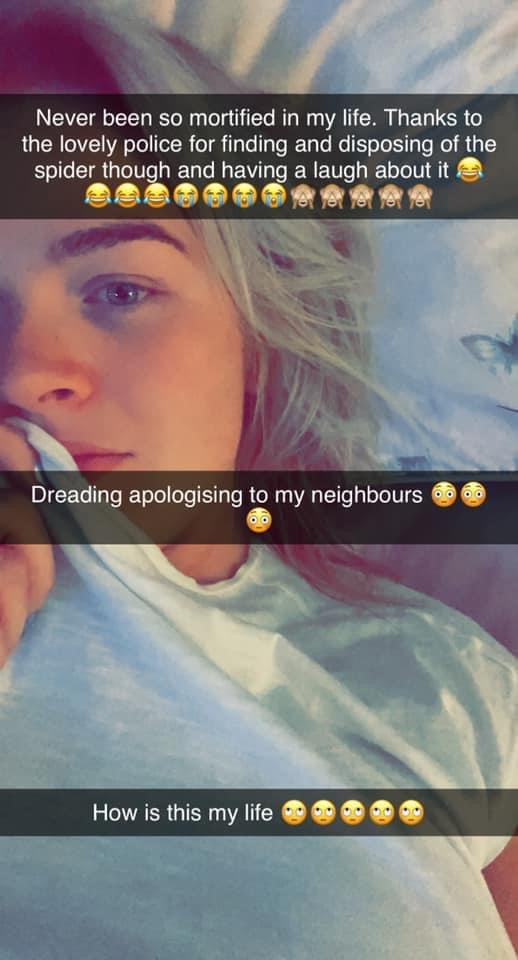 Hollie's story received tens of hundreds of likes on Facebook. She realized that it was time to do something about her arachnophobia.

"Anyone else screaming that bad last night about a spider crawling under their bed and a moth in their room that their neighbors phoned the police...who turned up in two riot vans and ended up lifting your bed to find the spider? NAH, JUST ME, THEN?"

Hunter continued her story, explaining that she was glad that the police officers saw the funny side and got rid of the spider.

She ended her post by stating that it is time to seek help regarding her phobia.

The police spokesperson confirmed the incident in a formal matter about the disturbance in Livingston:

"Officers attended, and the disturbance was found to have been about a spider being in the house."

The report added that the advice was provided, and the spider was "located and removed."

While it must have been terrifying at first, it is good that both Hollie and the police officers found the situation laughable. And great for Scottish people for sending five police officers over woman's screaming.

Watch the video and tell us what strange phobia do you have?