TikTok user @faithashjuran, or Faith per her viral video, decided to prank her parents.

With the elections right around the corner, it was vital for the video to question the young woman's parents' political views.

Clearly, Faith disapproves of her parents' political choices, so here's how she turned a normal into an awkward conversation in a matter of seconds.

The video starts with the young lady telling her parents that she wants to date a guy.

"I'm going on a date next week. It seems like he has a really good relationship with the Lord. But yeah, I really like him – we've been talking for a few weeks."

Parents are okay with this until she drops a bombshell:

"He does have a few sex assault allegations, though."

Oops, the parents are turning the panic mode on. 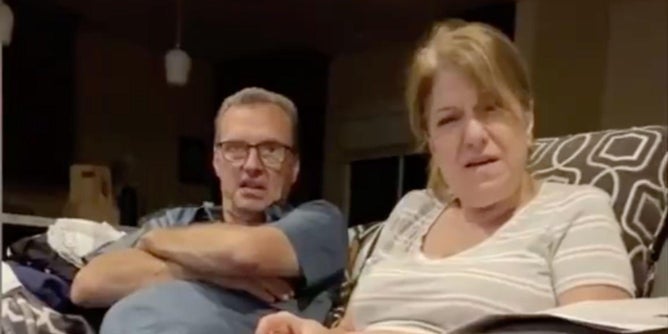 Faith calmly explains that there's no proof, so her future boyfriend is only an alleged sexual predator. Her dad kindly tells her that she's not allowed to date her imaginary man.

Instead of trying to calm down the situation, Faith adds that she looked at the man's Twitter, and he's racist as well. Her dad is wondering what the heck have I do so wrong while asking her:

"Well, why would you even consider this?"

And there's that moment you've been waiting for. Faith then responds:

"But you'd let a man like this run the country?"

The joke's over, as Faith glowingly admits she was talking about the President.

Parents are in shock, but they aren't giving up, as the mom says:

"No, she's pulling our leg, and pulling a Trump card."

But it was too late. Faith got what she wanted, as well as additional followers on TikTok and even more love on Twitter.

Even Jimmy Kimmel praised the young woman, and so did others who do not condone Donald Trump's politics.

Here are some of the best responses to the video. Unlike many other TikTok videos and challenges, you can see a normal family and their conversation turning 180, but with no bad blood. 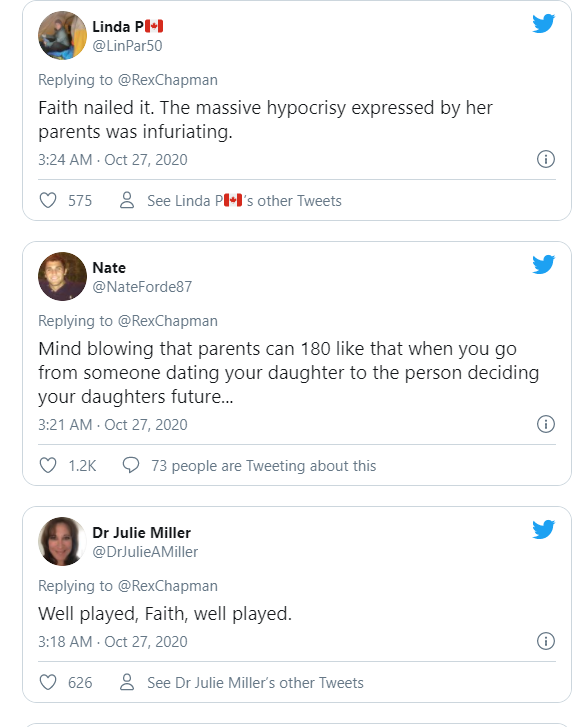