Catcalling: most women have to deal with it at some point. Undoubtedly, it is an annoying and uncomfortable experience one could happily do without.

Recently, TikTok user whatsupimjared showed us a simple and effective way to handle the problem: barking back.

She Was Just Minding Her Own Business 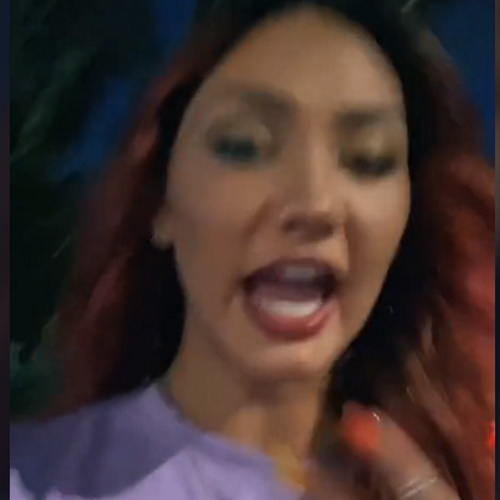 Lo was taking a stroll by herself and recording a TikTok video when some men shouted at her. She responded instinctively by barking at them and moving on with her life.

In the video, the woman talked about her outfit, wondering whether she looked good in purple. Off-camera, some men approached her with a "Hello," to which she politely replied.

They Did Not Stop At "Hello"

how to properly deal with men

After she answered, they thought it would be appropriate to go on with some unsolicited comments on her looks. We can hear them say she is "so fine."

Unsurprisingly, Lo did not look pleased. Who'd have known this is not the way to impress a lady!?

In fact, she turned to quickly show her irritation before turning and smiling at the camera.

The Right Way To Respond To Catcalling

The video had the caption "How to properly deal with men." Several women on the platform praised Lo for her prompt reaction.

Someone commenting said this would be an "appropriate response" to catcalling. Other users wrote they will also be following her example from now on:

"That's a great response I'll be using that."

Far from being popular only among women, Lo's video received positive comments from some guys, too.

A few users, however, accused Lo of flirting with the men by saying, "Hello." She replied that she would respond to anyone's greeting, man or woman - that is called being polite.

From now on, at least, ladies will have one more way to react to unwanted attention. Hopefully, this will teach some manners to those guys who still think catcalling makes them charming.

Soon enough, if we are lucky, yelling at women on the streets will be a thing of the past.