Friends are the family members you choose. Therefore, they are often a great source of joy and pride, and they often know deep secrets about us.

With friends, you can also share all sorts of jokes.

Nevertheless, all kinds of relationships need respect and boundaries, especially romantic unions. Once some lines are crossed, nothing is ever the same again. On Reddit's AITA community, a woman revealed how her boyfriend's friends harassed her using inappropriate comments about her life and profession.

The worst part is that her boyfriend decided to join his friends as they made fun of her.

The post quickly had over 10k upvotes and about 2k comments.

The poster was a 25-year-old woman. She works as a gymnastics coach while her boyfriend is a 29-year-old programmer.

They had been dating for 10 months when her boyfriend took her to meet his buddies. Most of his friends were actually nice, but some of them made unsavory jokes about her because of her profession. Rather than ask his friends to be nice, the boyfriend laughed with them.

When she tried to defend herself, the boyfriend told her to "relax." Still, the insensitive comments did not end, which made her leave the party early. The woman's reaction would have made any sensible boyfriend apologetic. However, this particular guy proved that his insensitivity knew no bounds by texting her to tell her that she had "overreacted" and had "embarrassed" him. Although she occasionally deals with such behavior from other people, she did not expect it from her boyfriend's friends. This is what pissed her off. Afterward, she started wondering if she did anything wrong.

She wondered if she could have taken the conversation in another direction. She ended up feeling guilty for embarrassing his friends.

However, the friends had decided to embarrass her first. Other members of the Reddit community were in full support of her decision. It is not unusual for a total stranger to have a better perspective on such issues. Some of the commenters opened their eyes to the fact that the jokes had something to do with the things he was telling the friends about her behind her back.

His reaction was also an indication that his sexual pride was hurt, which he found embarrassing. The boyfriend did not think she would stand up for herself.

Others were sympathetic and reminded her of the Larry Nassar case which was a big problem in USA Gymnastics. In this case, Nassar was put under arrest for abusing young girls.

Other people took the opportunity to bash all programmers by calling them, spineless misogynists.

A different user changed the heading of her post with the argument that her boyfriend should have made the post asking if he was wrong to let his moronic friends sexually embarrass his girlfriend. Another user found it gross that young gymnasts who are children get sexualized. There was unanimous support for the woman, and many agreed that the boyfriend was the a**hole. They asked her to rethink her relationship with him since that was a huge red flag.

They believe that her behavior can help her boyfriend and his friends learn more about sexism and misogyny. 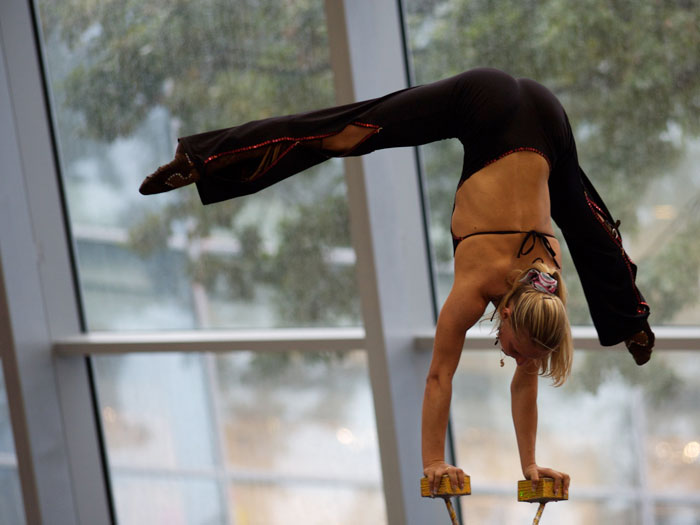