Most people give their best effort to look as good as possible for their date with the help of a nice outfit and flawless makeup. We simply want to make a great impression.

TikToker Nikki Jabs was no different when meeting up with her date Greg. At first, the couple had fun together, and everything seemed to be going well.

However, one of their dates took a terrible turn and the evening ended in disaster as Greg sent Nikki home in an Uber.

The couple had planned to go to dinner and proceed to a grand opening related to Greg's job. In the viral video about the date, which has hit 9.9 Million views, the devastated TikToker said:

"I spent 40 minutes on my makeup to meet his friends and co-workers at a grand opening for the retail company he works for. He was too embarrassed to be seen with me in this outfit, so he sent me home in an Uber and went to the opening without me."

She tried holding her tears back while explaining to her followers.

"I'm just so sad because I spent so much time trying to look pretty, and he sent me home in an Uber. Who does that? He sent me home with a stranger on a Friday night." 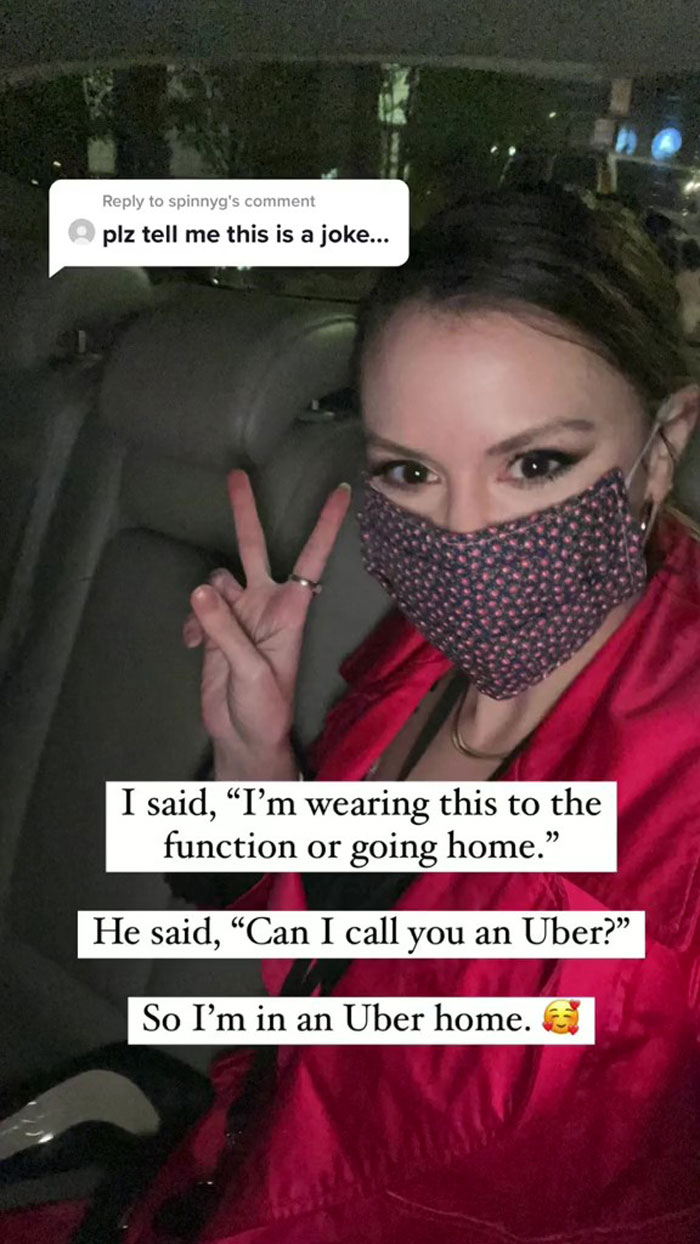 However, many of her fans told her not to cry over such an undeserving man. And it was not the first time he had made remarks about her outfits.

After the evening she got sent home in an Uber, she realized that she should not have overlooked these comments since they were warning signs.

She sensed the bad vibes when she entered the cab and noticed that her date was staring at her clothes. When she asked if he liked her outfit, he first responded evasively.

When she went on to ask if he would feel embarrassed if she came to the work function in her outfit, he did not answer. She eventually asked him straight out if he wanted her to go home and change, and she added: "I'm either going like this or I'm not going at all."

"Well then, can I call you an Uber?" he answered. 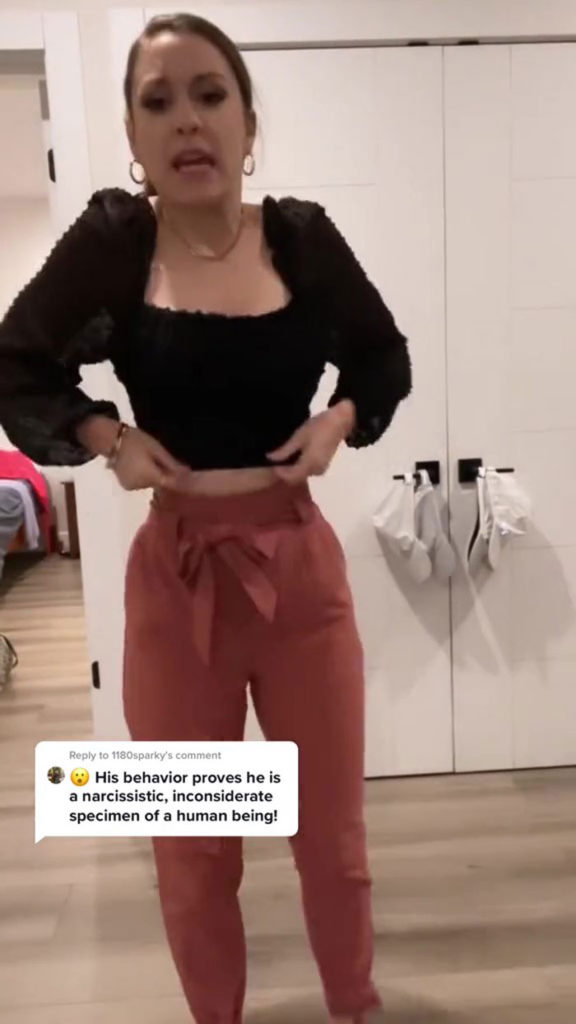 What makes the story more ridiculous is that Greg works for an athleisure company and wore stretchy casual athleisure pants at the time.

"I'm glad I got out after only three weeks and not three years," Nikki told her fans, and they agreed with her.

"That is a huge red flag from the beginning. You are pretty and you deserve so much better," one social media user commented.

"Remember: This is him in the beginning. This is him on his best behavior. Run," another agreed.

If there was a specific dress code at the event, her date did wrong in not telling her beforehand. Nikki feels grateful to her fans and the attention her video got.

"The attention that the story has garnered has definitely kept my mind off of the fact that I just went through a breakup. It has been a whirlwind of a week for me. I am happy to have ended things sooner rather than later as his behavioral pattern of comments about my appearance progressed over time," she explained.

Greg did apologize after the incident and tried to connect with her again, but Nikki was not interested. Some things are not okay, especially not at the beginning of a relationship. Controlling behavior can indicate that worse things will come.

Reply to @spinnyg I’ll be laughing soon I hope 💀

Even if some of the commenters considered her outfit a bad choice for a corporate event, the overwhelming majority have been supportive and relieved that she got out of the relationship at an early stage.

Controlling behavior often starts as negative criticism on a smaller scale. Over time, it develops into opinions about who the partner talks to, where they go, what they eat, and how they spend their money. This is not a healthy relationship and nothing you want to get into.