Worldwide, waste management is a problem. In Kenya, a material engineer named Nzambi Matee has become a successful entrepreneur, recycling plastic waste. So far, she has recycled over 20 tonnes of plastic waste, turning plastics into bricks.

In a quest to reduce plastic pollution, something her country has refused to take action against, she founded Gjenge Makers. 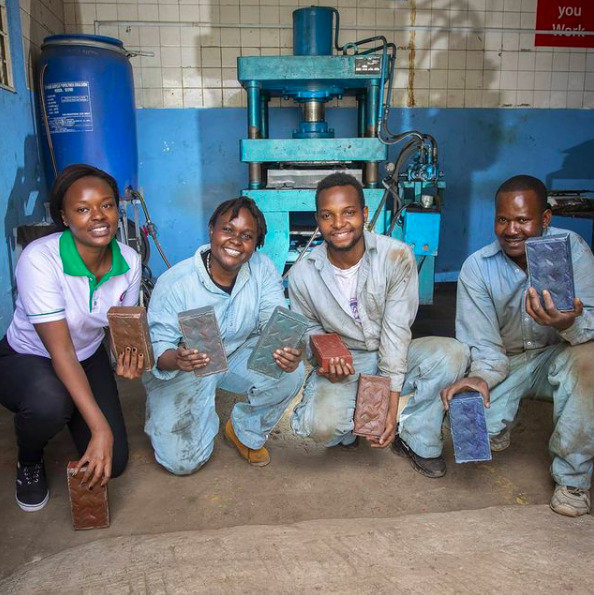 Gjenge Makers is a company created for the sole purpose of making sustainable, low-cost construction materials of recycled plastic. Matee founded this company a few years ago and has successfully made it into a game-changing factory.

The whole world has oddly become dependent on disposable plates, bottles, bags, and cups. Being this reliant on single-use plastic has a significant negative impact on our environment.

According to UN Environment:

"Around the world, one million plastic drinking bottles are purchased every minute, while up to 5 trillion single-use plastic bags are used worldwide every year. In total, half of all the plastic produced is designed to be used only once - and then thrown away."

Why Single-use Plastics Are A Problem

They Can't Be Recycled

Single use plastics are not recyclable. This makes the massive consumption of these products terrifying.

They Affect The Ecosystem

Since these plastics cannot be recycled, they end up in landfills and oceans. When animals accidentally ingest them, they fatally affect them and eventually affect us. This substantially affects our ecosystem.

Increased Carbon In The Atmosphere

To produce the amount of single-use plastics needed by the populace, factories pollute the air. They pump out more carbon into the atmosphere in a quest to meet up with the outrageously high demand for these plastics. Aside from this are greenhouse gases they also produce when these common plastics degrade in the environment.

Beautiful beaches and lakes get contaminated with plastic garbage. Why? Because plastics that don't end up in landfills find their way to water bodies. They significantly impact sea life, but they also soil the beautiful scenery that would have otherwise been enjoyed.

Developed countries like the US and China might be better able to manage waste. But, less lucrative countries cannot afford to either reuse or remove plastic waste because they lack the system to do so.

"There is that waste they cannot process anymore; they cannot recycle. That is what we get. Essentially, companies have to pay to dispose waste, so we solved their problem. The waste essentially comes for free."

How She Turns Plastic Into Bricks

Gjenge Makers, that is, Matee's factory, makes 1,500 bricks each day. She claims that they are harder than regular bricks. She explains this with the words:

"Plastic is fibrous in nature, and therefore the bricks end up having a stronger compression strength."

To turn plastic into bricks, Matee adds sand to the plastic mix. They combine and blend different plastic types together before adding sand. They heat the mixture until they blend well into each other. Then, they compress the mixture into bricks.

Here is a video of the process.

For now, the company makes bricks for pavements only. They do have the intention to expand their operations into making building bricks.

Matee herself designed the machines used for this process. Such brilliance! As a result, in just three years, they have successfully recycled 20 tonnes of waste.

The price of each brick varies depending on size, color, and thickness. Matee says that compared to normal bricks, "it's almost half the weight. Therefore, transportation and installation are faster in terms of cost implication." 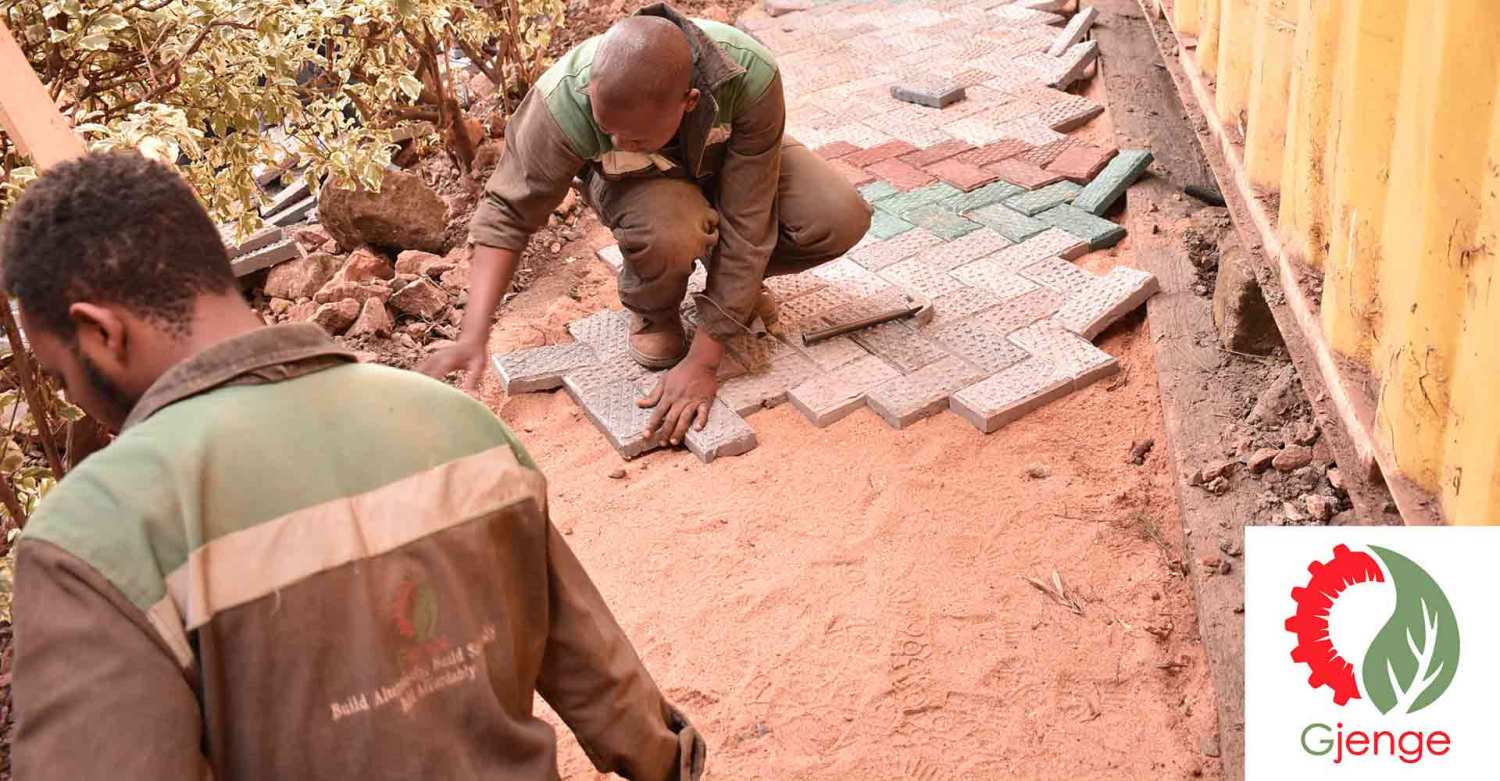 "Nzambi Matee's innovation in the construction sector highlights the economic and environmental opportunities when we move from a linear economy, where products, once used, are discarded, to a circular one, where products and materials continue in the system for as long as possible."

Matee's invention will further increase a product's life and make these single-use plastics no longer so.

Gjenge Maker's vision is to inspire and fuel similar ambitious people's desire, encouraging them to venture into similar projects. Gjenge Makers were thrilled to win the young champions of earth award recently. They intend to use this platform to attract partners and spread their operation to other parts of Africa.