A woman appears to defy gravity as she falls from a rope swing, leaving millions of people scratching their heads.

We've all seen dozens of hilarious clips of people swinging over water on a rope, only for it to snap, or they misjudged the timing, sending them flying into a tree rather than to the water below.

Well, this woman's rope swing is one of a kind as it appears to defy the laws of physics. 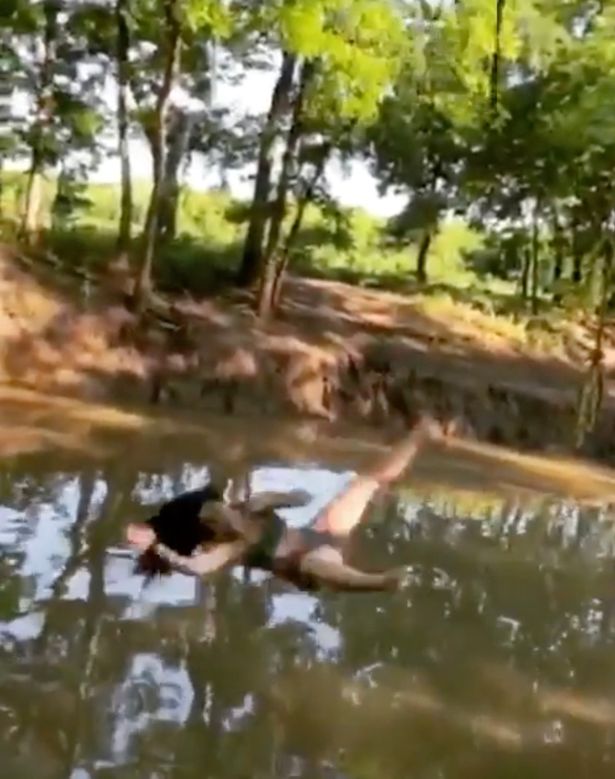 The viral clip shows the woman standing on a platform above the water, holding the swing as she looks at her friend filming.

When she jumps off, she loses hold of the swing and falls. However, instead of plummeting straight down, she freezes mid-air and then changes direction before falling into the water.

WTF?! She just bounced in the air like some weirdo, out of a video game or something. How is this even possible?!

"2020 hit me hard like... Happy Monday, friends! I hope my sister makes y'all laugh as hard as I did watching this - On repeat."

If you listen closely, you can hear her friends in the background gasping in shock while the girl plunges into the murky water. 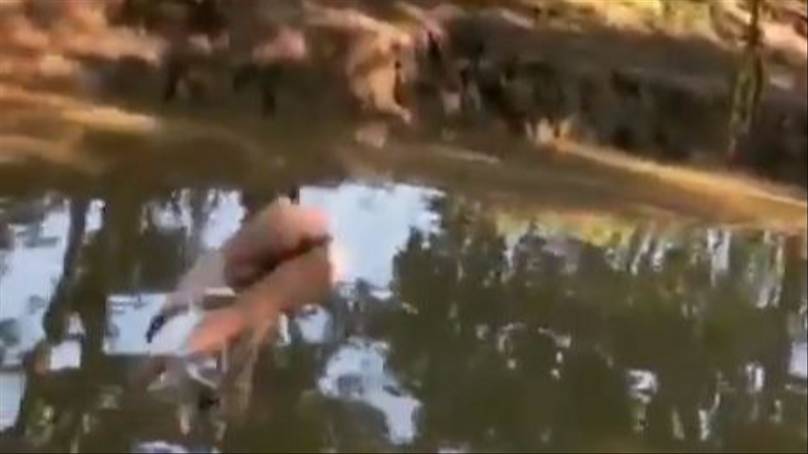 After sharing the clip, thousands of people flooded the video with comments as they try to figure out how the gravity-defying swing happened.

One person expressed his shock, writing:

"What! Did a ghost catch her in mid-air or something!?"

"How did you stop in the air and flip in the other direction?"

While a third said:

"I don't get it! Please explain this to me."

Now, it's unlikely the woman collided with some portal from another dimension or that it's a glitch in the matrix.

Although the video's poster didn't explain what really happened, it appears the woman's leg got caught in a piece of rope hanging down from the swing. This caused her to topple off the swing.

"Having watched it multiple times and analyzed with friends, we all agreed that you can see a thin black string that catches her around the thigh area and flips her over."

"It also bounces back after she falls out of frame. That must have hurt."

"Look at the bottom of the rope. There is a finer rope to retrieve the thicker cord. So, she was just stuck in the fine rope."

Even with the explanation, we still can't wrap our heads around it.