We may think that the death penalty was something that we left behind us years and centuries ago. But reality bites.

There are still people who've committed some terrifying crimes, and some of the countries around the globe decided that these criminals needed to be sanctioned with capital punishment.

This is the story of Lisa Montgomery, the only woman on death row, who has been executed today following a last-minute U-turn.

The final moments of Lisa's life have been revealed by a witness engaged in the whole procedure.

Moreover, this was the first time in nearly seven decades that the U.S. government has put a female convict to death.

Lisa Montgomery was supposed to be executed last month. Though, her attorneys had managed to postpone her execution.

"We must stop the execution of #LisaMontgomery. Lisa was psychotic — unable to act rationally -- when she committed a terrible crime. She desperately needed psychiatric care and instead she got a death sentence." https://t.co/MliYuYYLLU #DeathPenalty pic.twitter.com/bc2QFLYL5c

For all of you who wondered why she was sentenced to death in the first place, here are the details on this case.

Lisa Montgomery was convicted of killing a pregnant Bobbie Jo Stinnett, 23, cutting open her stomach and stealing her baby in a grisly 2004 crime. https://t.co/H06RIfp2Ra pic.twitter.com/Bj2y6QzzRP

Montgomery got in this situation regarding the murder of Bobbie Jo Stinnett in 2004 in the northwest Missouri town of Skidmore.

At the time of her murder, Bobbie Jo Stinnett was only 23 years old. But the thing that shocked us was the fact that she was eight months pregnant.

Lisa strangled Bobby from behind, using a rope. Then, she used a kitchen knife to slaughter the pregnant young woman and steal her unborn baby from her womb.

Luckily, the baby girl survived this tragic and horrible moment, but her mother was already gone.

Moreover, to make things more tangled than they already were, Lisa Montgomery not only took the baby, but she attempted to pass her off as her own too.

Later, authorities got the baby from Lisa's hands. They returned the baby to the father, so it could safely recover from this horrible accident.

During Lisa's trial, as her crimes slowly but surely unfolded, some of the jurors were left in tears.

When all of this happened, prosecutors told the jury that Montgomery drove about 170 miles from her Melvern, Kansas, farmhouse. She was heading to the northwest Missouri town of Skidmore, pretending that she was going to adopt a rat terrier puppy from Stinnett.

When she arrived at the location, she killed Bobbie and performed the cesarean. The young mother-to-be was dead, and Lisa fled with the helpless baby. 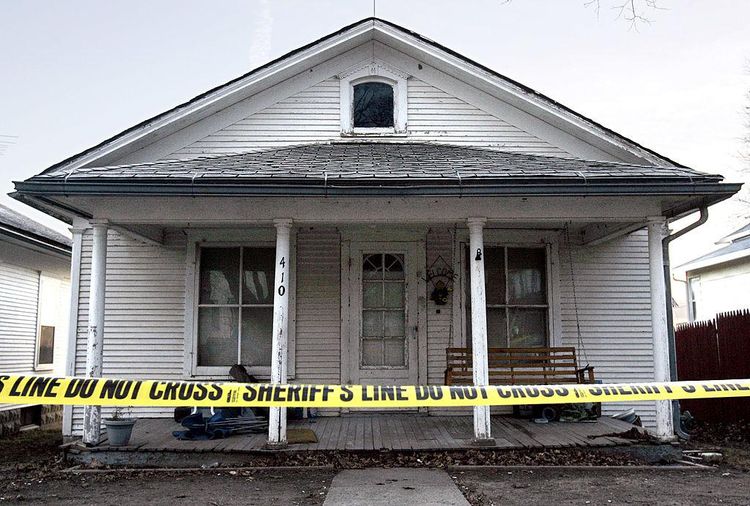 The prosecutors that were involved in this case claimed that Bobbie at some point regained her consciousness. And she started fighting for her baby, defending herself when Montgomery tried to steal the baby from the mother's womb.

Later that day, Montgomery called her husband to pick her up from the parking lot of a Long John Silver's in Topeka, Kansas, telling him she had delivered the baby earlier in the day at a nearby birthing center.

But then again, the next day Lisa was arrested.

Lisa Had Her Own Strange Reasons 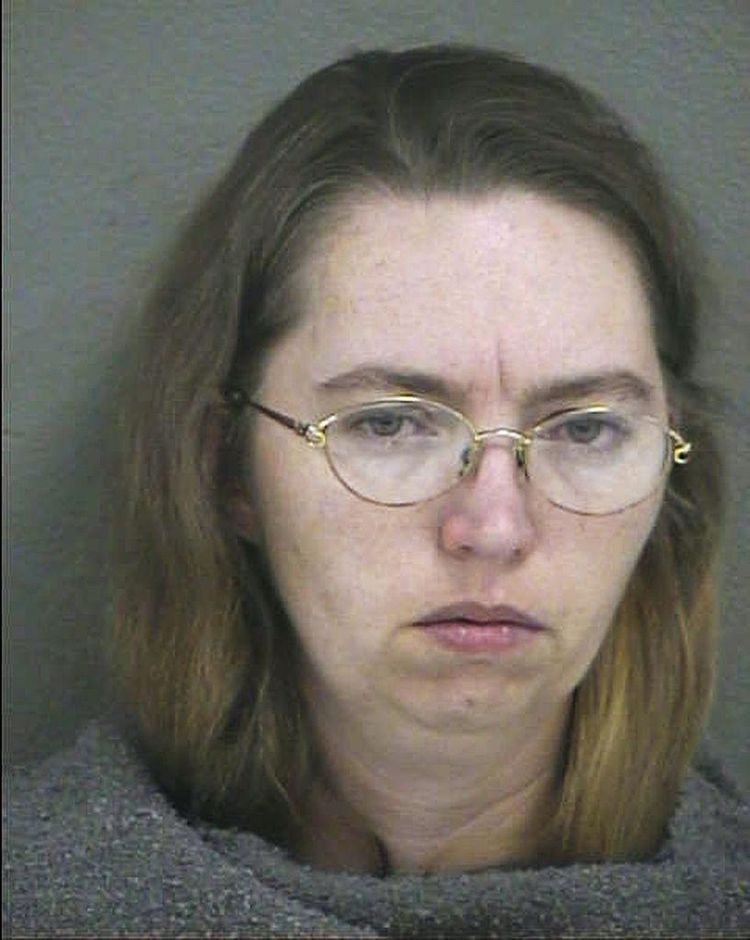 Now, the premature infant is 16-years old and hasn't spoken out a single word publicly about this case.

However, prosecutors continued to argue about Lisa's motives. Montgomery's ex-husband knew that she had a procedure that made her sterile. And he had planned to reveal she was lying about being pregnant to get custody of 2 of their 4 children. 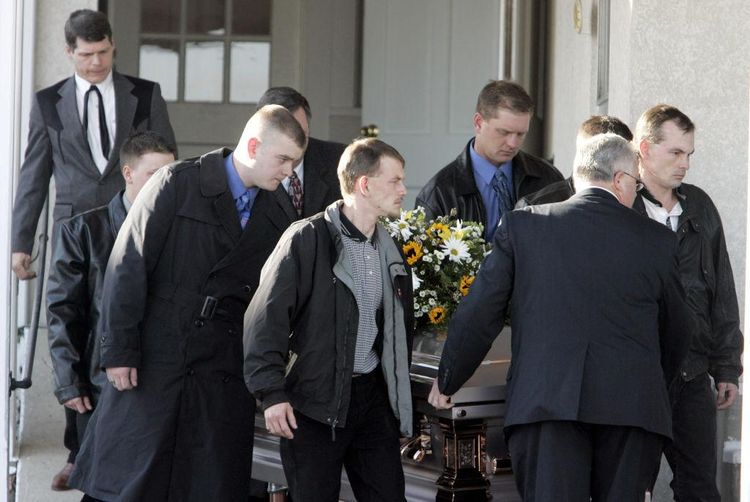 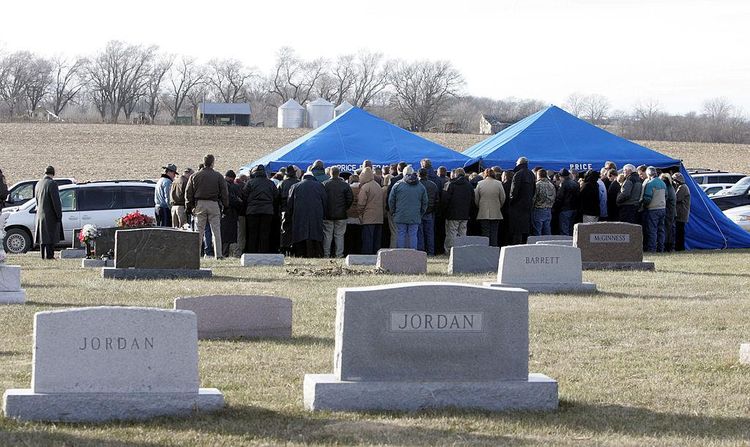 Lisa was in desperate need of a baby before her court date, so she turned her eyes to Bobbie. The two women had met before at some dog shows.

However, Lisa's lawyers wanted to give her a second chance and suggested the case be reviewed again. 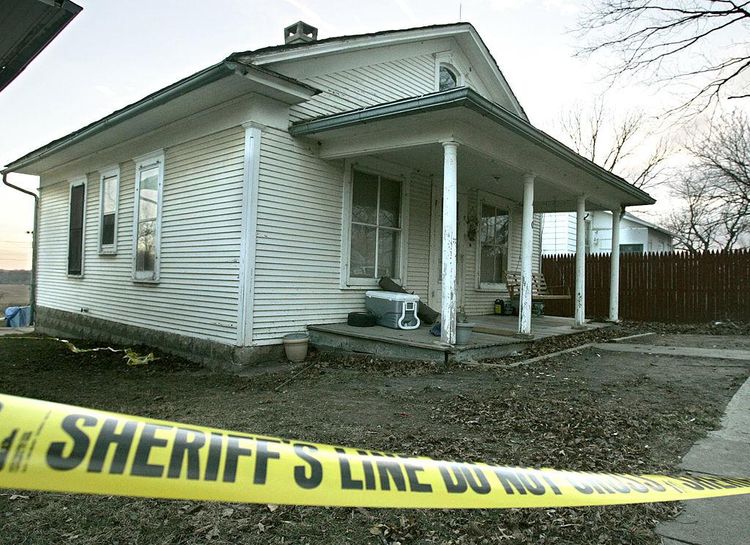 Her legal team tried to play the card that Lisa was struggling with some mental issues. Her condition was the result that came after years of mental abuse.

Can A Murderer Be A Victim?

LISA Montgomery was convicted of killing 23-year-old Bobbie Jo Stinnett in the northwest Missouri town of Skidmore in December 2004. The ONLY WOMAN on federal death row. pic.twitter.com/UFe13kNEdg

They wanted to explain that Lisa was a victim too. She suffered from sexual torture, including gang rapes, at a very young age when she was still just a child.

The legal team said that all of this was a result of that trauma. The things she survived permanently scarred her emotionally. Moreover, it worsened the existing mental-health issues that ran in her family.

But this wasn't a convincing story for the prosecutors at all. They accused Lisa Montgomery of faking a mental illness to get away with this monstrous murder and kidnapping the innocent baby.

Then, the government acknowledged Montgomery's mental issues. They argued that she couldn't comprehend her execution for killing another person because of them.

An appellate court granted her a stay of execution on Tuesday. It was shortly after another appeals court lifted an Indiana judge's ruling that found she was indeed mentally ill and couldn't understand nor comprehend that she would be put to death.

In the end, both appeals were lifted. And this action allowed the execution to proceed.

Lisa Montgomery, who was 52-years-old, was pronounced dead at 1:31 AM, on Wednesday.

Last night, the court paused tonight’s scheduled execution of Lisa Montgomery to hold a hearing about her competency to be executed.

Lisa has experienced trauma so severe it led to physical brain damage. The court made the right decision.

Lisa should not be executed.

After receiving the lethal injection ​at the federal prison complex in Terre Haute, Indiana, Lisa became the eleventh prisoner who received it and experienced the same death penalty there since July, when President Donald Trump resumed federal executions.

Lisa Montgomery’s lawyer sends a statement: "The craven bloodlust of a failed administration was on full display tonight. Everyone who participated in the execution of Lisa Montgomery should feel shame."

Lisa's attorney, Kelley Henry, claimed in one of her statements:

"The craven bloodlust of a failed administration was on full display tonight. Everyone who participated in the execution of Lisa Montgomery should feel shame."

"The government stopped at nothing in its zeal to kill this damaged and delusional woman. Lisa Montgomery's execution was far from justice."

Witnesses Explaining What They Saw There

But now, a witness decided to be brave and talked about what exactly happened in the last moments of Lisa Montgomery's life.

Breaking News: The Trump administration executed Lisa Montgomery, the only woman on federal death row and the first woman executed by the U.S. in nearly 70 years. https://t.co/UlSTFVaXvM

Michael Tarm is a legal writer who was present at the fulfilling. He said that Montgomery remained calm and silent before the procedure.

"As the execution process began, a female executioner standing over Lisa Montgomery's shoulder leaned over, gently removed Montgomery's face mask, and asked her if she had any last words."

But Lisa didn't have any last words at all. She responded with a plain "no", and continued to silently expect what was coming next for her.

Some journalists claimed that Lisa looked bewildered and tapped her fingers nervously before closing her eyes for the last time.

“We should recognize Lisa Montgomery’s execution for what it was: the vicious, unlawful, and unnecessary exercise of authoritarian power. We cannot let this happen again.” -Kelley Henry, attorney for #LisaMontgomery

"As the lethal injection began, at around 1:18 a.m., Montgomery kept licking her lips and gasped briefly as the pentobarbital entered her body through IVs on both arms."

"A few minutes later, her midsection throbbed for a moment, but quickly stopped."

This case shook everyone that had heard about the things she had done. Her death intrigued many people on various social media, and some of them made their own assumptions.

However, many people think that Lisa Montgomery shouldn't have been put to death due to her childhood trauma that triggered her critical mental state.