Several years back, Torz Reynolds, a tattoo and body modification artist, decided to cut off the part of her skin that had her boyfriend's tattoo and mailed it to him.

The Scottish woman has now chosen to speak up on why she decided to take the drastic and shocking decision.

Quite simply, the 35-year-old was taking revenge on her boyfriend, who had cheated on her.

She also believed that slicing off the part of the skin that had his tattoo would be "quicker" that using laser tattoo removal. 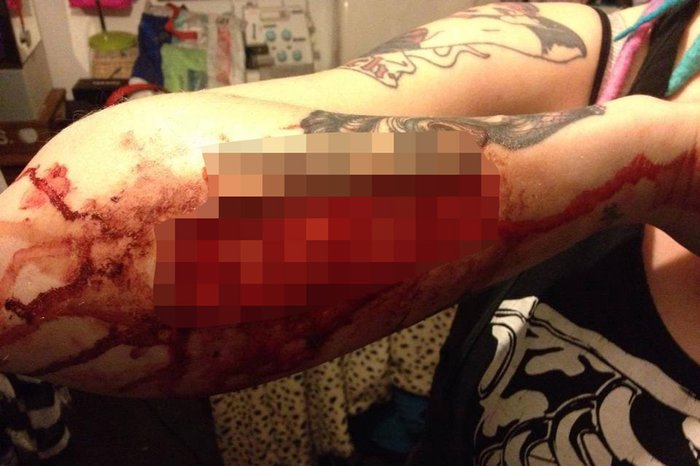 Not only did the woman cut off the skin to get her ex's name off, which makes sense to some extent, but she also decided to send him the piece of flesh.

She spoke to the media saying that the boyfriend had been "a naughty boy" and therefore she decided she was not going to retain his name any longer.

Torz said that she had chosen to cut up the skin with the tattoo because she had done skin removal in the past. Consequently, she knew that it would not hurt much.

She was also aware that removing the skin would be much faster than undergoing several laser sessions. 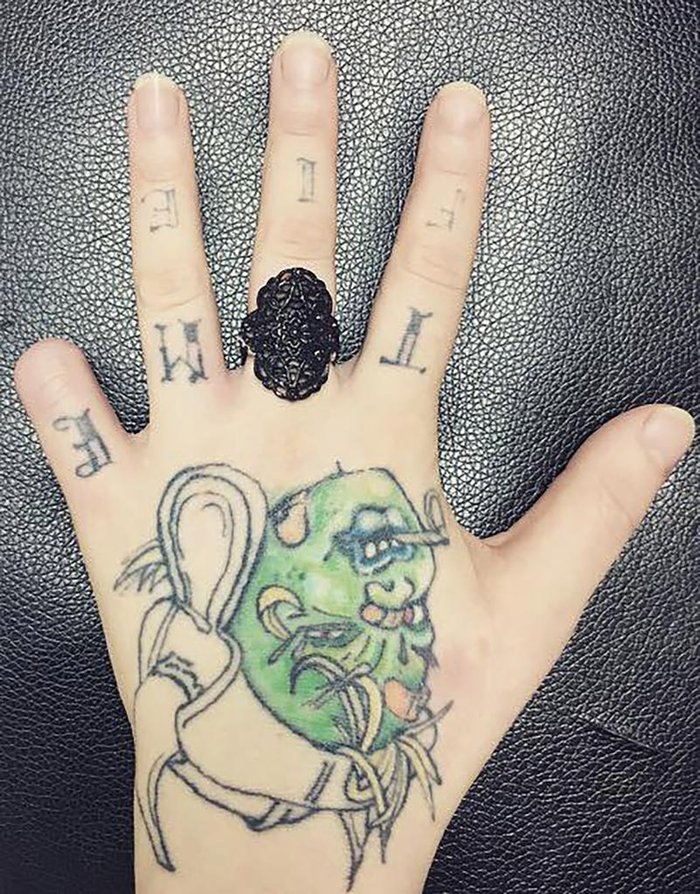 Before she cut off the tattoo and mailed him the skin, she had already cut off contact with him. For this reason, she has no idea how he reacted to the bizarre package.

As far as she was concerned, she was just putting her dark sense of humor on display.

She operates a body-piercing business and has several piercings, body modifications, and tattoos throughout her body. The Scottish woman has a split tongue, skin removal, implants, and scarification.

Slicing her skin was, therefore, not such a stretch for her. She had previously sliced her ear lobes and cut a section off one of her fingers, which she keeps in a pendant inside a display cabinet. 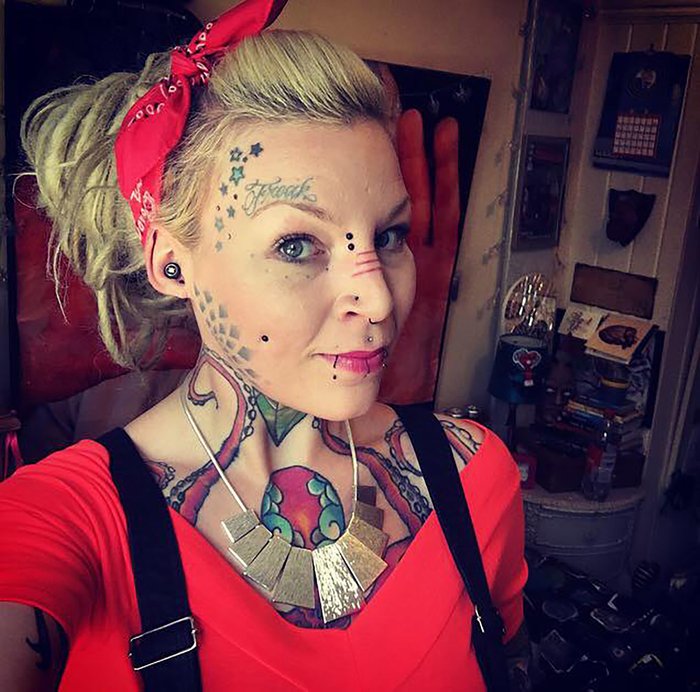 Before Torz cut off part of her pinkie, she would tie it down to see if she could do without it. She eventually determined that not having her pinkie did not affect her in any way and chopped it off.

She prefers to work on herself, so she decided to cut off her finger.

Torz has revealed that she has plenty of professional knowledge concerning body modification, which means she understands the risks she was taking. 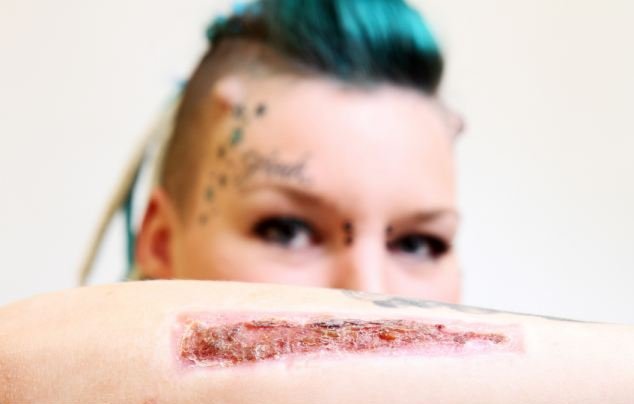 Before cutting off her pinkie, she bought cutters from a local hardware store. She then prepared a sterile environment and created a tourniquet for the finger.

After that, all it took was one swift move, and her pinkie was gone:

"...one quick chop, and boom, it was done! It was all over in a second, and I couldn't have been happier."

She gave the cut-off finger the name Wiggles. Torz keeps the part she cut off in a necklace.

The woman avoids wearing the necklace out of fear of losing the precious possession. The pinkie stays at home in her cabinet next to a jar containing her earlobes and other "random dead things."

Her family was not shocked by her decision to modify her body as she had informed that she was "seriously considering" altering her body. 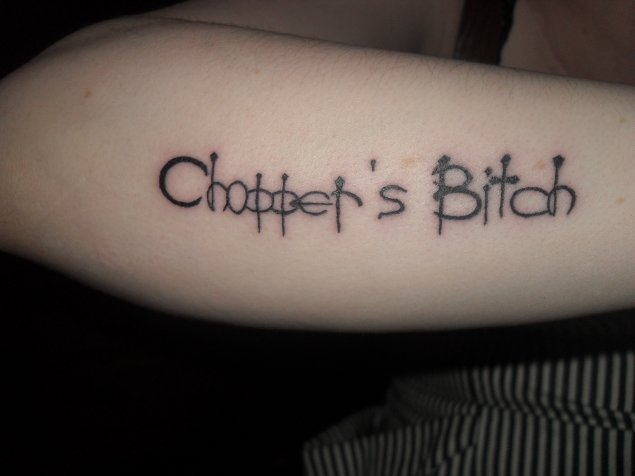 She revealed that her family loves her and that all they want is for her to be happy and safe. Nevertheless, she is aware she has done plenty of modifications that many people might consider extreme, although, to her family, these modifications are pretty routine.

Tarz has gotten a lot of hate for her decision to modify her body significantly. This was especially apparent when she cut off her finger.

She got threats, offensive messages, and death threats. Luckily for her, she finds such responses "amusing."

What she finds strange is that things she is doing with her body can be upsetting to strangers she will possibly never meet in her life. She fails to see how her decisions affect other people. 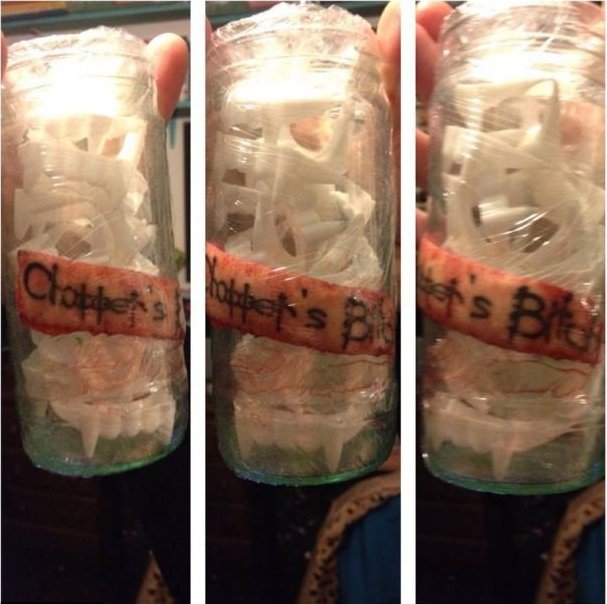