TikToker @itsrosieandharry has shared her story of how she cleared up her long-term skin condition after discovering the "root problem".

Psoriasis is a chronic autoimmune skin disease that causes flaky patches of skin. The condition can start at any age and it affects around two in 100 people in the UK.

Psoriasis "causes patches of thick red skin and silvery scales [which] are typically found on the elbows, knees, scalp, lower back, face, palms, and soles of feet, but can affect other places (fingernails, toenails, and mouth)," as described by the CDC.

The disease affects the victim in many ways as it creates stigma and causes pain. The patches can feel itchy or sore.

The skin can be treated with medication and ointments, however, in severe cases, it can be difficult to treat it.

TikToker Rosie had psoriasis covering 90 % of her body. She dreamt of becoming free from the condition for two years before she finally found a way. 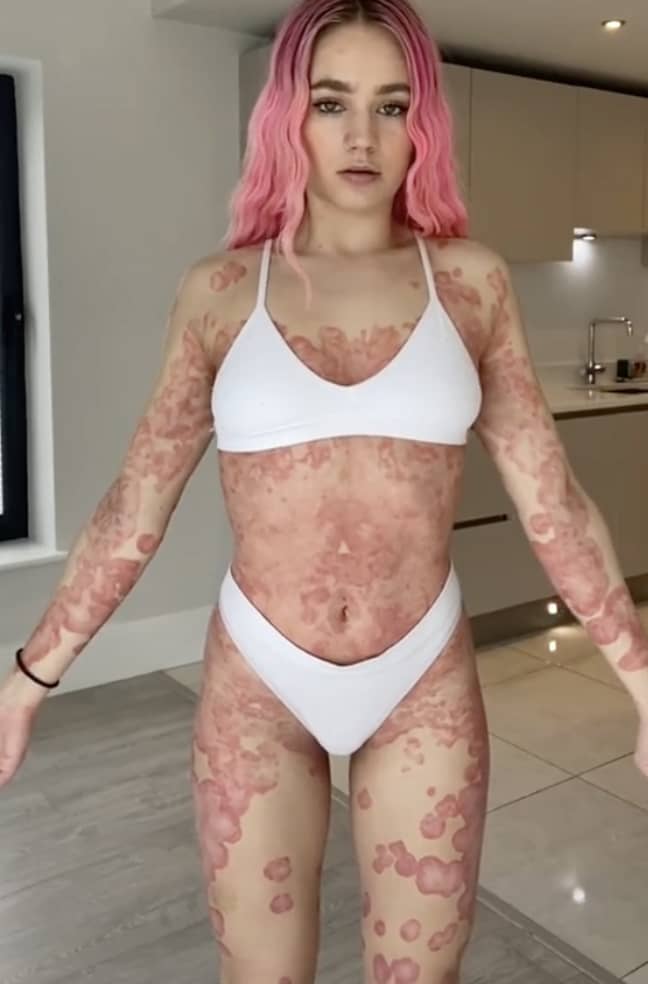 "I can finally say that I am psoriasis free," she announced.

"These last two years have been the hardest years of my entire life and as much as I try to spread positivity online I hid a hell of a lot away behind the camera."

"Having to wake up every day with constant pain and having to still try and put a smile on my face was so difficult, but now I'm growing, I'm the strongest person I ever have been, and having psoriasis has taught me life lessons I would not know without."

According to Rosie, she found the cause of the problem and could finally start recovering.

"I feel like I can finally say I know the root cause of my flare-up was in fact the birth control pill," she said.

"If I can express any message to you if you're suffering with something similar, is to not give up. I'm literally living proof that it will get better. There is a light at the end of that dark tunnel I promise you." 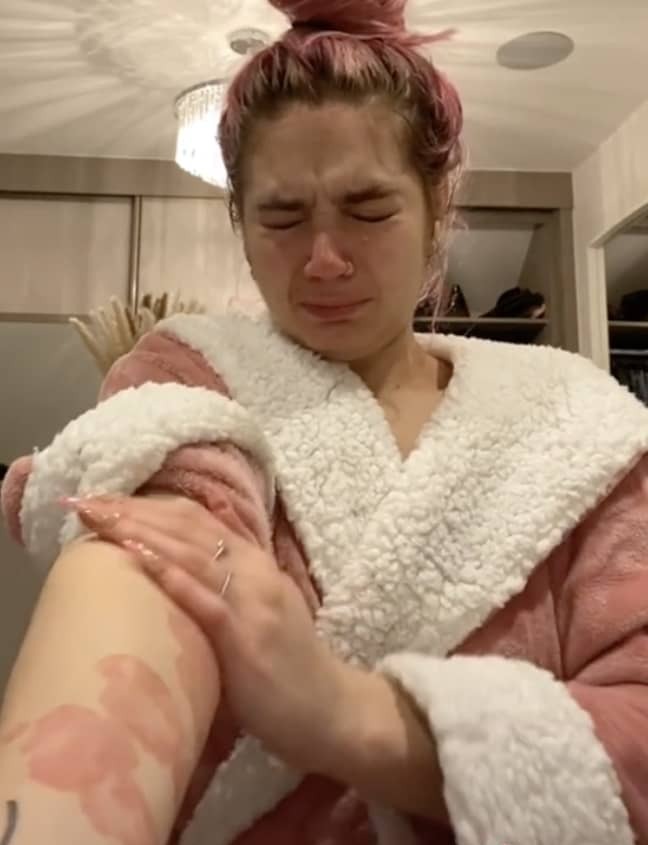 According to NHS, psoriasis causes the skin to produce too many skin cells.

"Although the process is not fully understood, it's thought to be related to a problem with the immune system," the National Health Service explains.

"Psoriasis can run in families, although the exact role genetics plays in causing psoriasis is unclear."

"Many people's psoriasis symptoms start or become worse because of a certain event, known as a trigger. Possible triggers of psoriasis include an injury to your skin, throat infections, and using certain medicines."