According to the ads, an Apple watch can save you from situations like a car accident, and being stranded out at sea. Then how about being buried alive?

In one particular case, a woman's watch helped her to escape from this nightmare scenario.

42-year-old Young Sook An found herself buried alive by her husband.

He first abducted her from her home in a suburb of Washington, US around 1:00 pm on Sunday, 16 October.

According to the couple's daughter, the 53-year-old husband had access to her house because he did laundry there.

The married couple was going through a divorce and the husband, Chae Kyong An, did not want to share his money with her.

At the time of the attack, the money fight had escalated. Chae Kyong reportedly told his wife that he would "rather die" than share any "retirement money" with her. 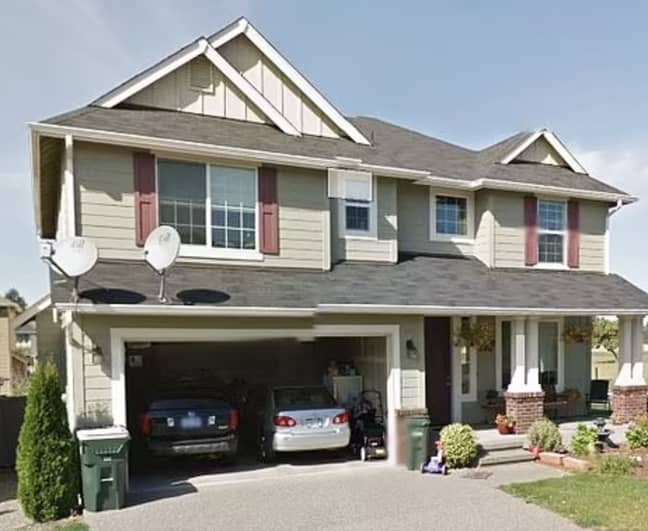 A fight broke out between the two in the bedroom. Reportedly, Chae Kyong punched his wife and tied her up using duct tape.

He drove her away from the house in his 2006 Dodge Caravan. They arrived in the woods where he started digging a hole in the ground.

According to the probable cause affidavit, he stabbed her and placed her in the hole.

"Chea told her she was going to die. She was so scared," the documents read.

"After being put in the ground she could hear her husband walking around the hole and dirt being put on top of her."

Chae Kyong had smashed Young Sook's Apple watch before dragging her into the vehicle. Luckily, she had managed to alert the emergency services as well as her 20-year-old daughter and best friend before the watch got destroyed. 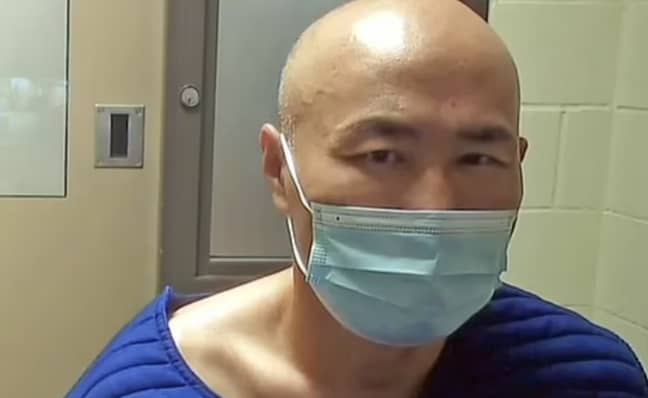 Hurt, but still alive, the woman managed to make it out of the shallow grave. She ran for 30 minutes before she found a shed to hide in.

Investigators later found the hole that was intended to be Young Sook's grave.

The woman still had duct tape around her neck, lower face, and ankles when police found her according to a Thurston County Superior Court filing.

"There was also extensive bruising to her legs, arms, and head and her clothing and hair were covered in dirt," it stated. 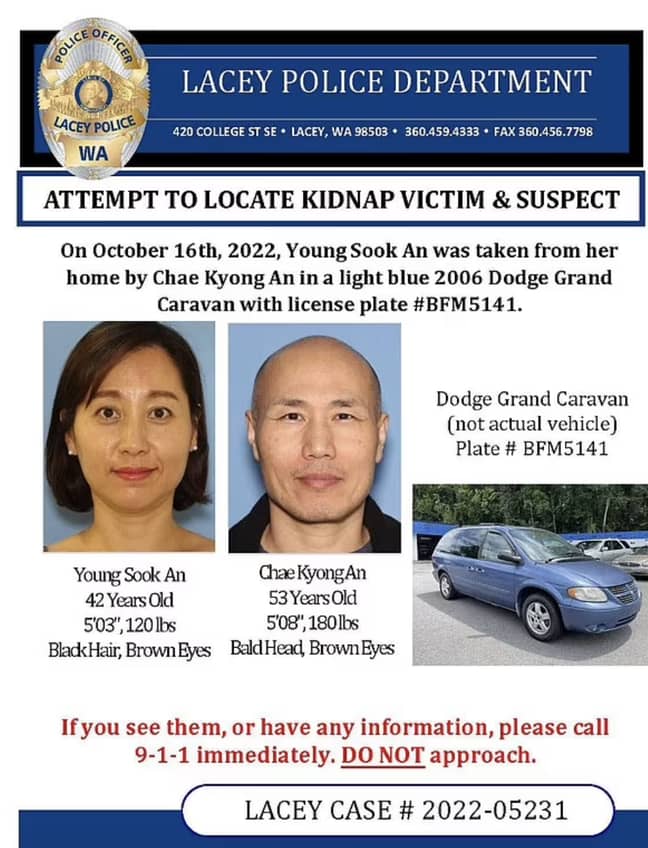 "Please no bail. I am really afraid for my life," Young Sook wrote in a message to be read in front of the judge.

"I just what to emphasis I fear him so much and he will kill me again if he's out."