Social media platforms have set in motion something we can rightly call the "Bimbo phenomenon." Millions of women worldwide are fighting to achieve the "perfect" body.

What qualifies as perfect varies from one person to another. Rather than getting the perfect shape, some women have gotten famous for their extreme body modifications.

Interestingly, such women have served as examples to other women interested in pursuing the same path.

For instance, Alicia Amira has undergone extensive surgeries to modify her body. Her fans love her for it, and she is considered the queen of body modifications.

She left her job in Sweden and relocated to Dorset in England. The first thing she did was get an operation.

Bimbofication - The Journey Toward Being A Real-Life F*ck Doll 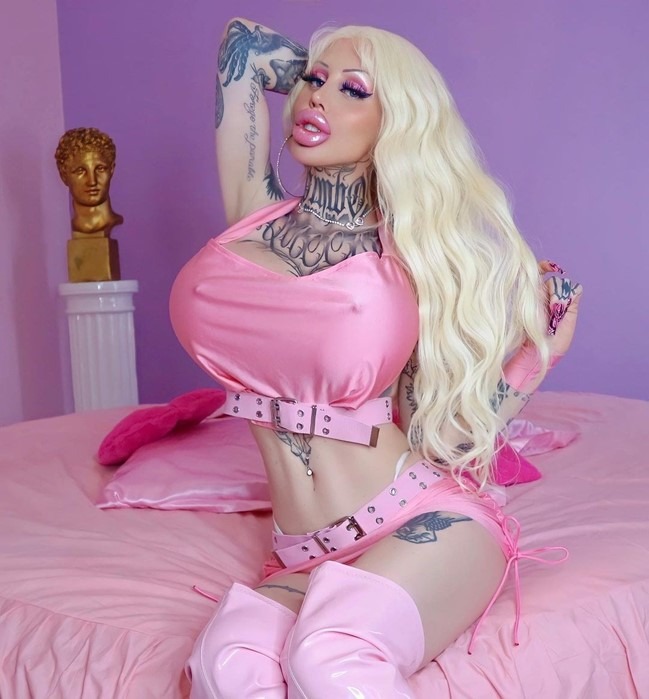 Alicia has undergone numerous surgeries. So far, her forehead, breasts, eyes, lips, and cheeks have been modified.

She has a clear goal in mind:

"I mean it when I say I love to live my life as a real-life f*k doll. I've erased who I used to be in order to become a plastic bimbo. I didn't change, I evolved."

Bimbofication involves giving up everything about yourself to make yourself more sexually appealing. Therefore, Alicia had to give up a "normal life" to turn herself into a full-time sex doll.

Alicia chose this life. She is also proud of what she has achieved once she made the call to become a "walking sex object."

She also looks forward to the exciting journey ahead.

She has had fillers and other operations done. For instance, her cheeks, her chin, and jaw have fillers.

Her lips have also doubled in size due to surgical operations. Alicia's nose is tiny and plastic, and her breasts are big and fake.

For her, this is just the beginning of what she hopes to achieve in the future. To her, Bimbofication is not just about girls wearing pink Y2K clothes.

She considers this process an adult fetish that means permanently changing her appearance, life, style, and behavior to become a plastic sex doll.

Still, she has no particular goal she seeks to achieve. The only thing she can confirm is that the more plastic she has in her body, the closer to her ultimate goal she will get.

Her social media followers are very supportive of her unique journey. Alicia's admirers gush over her looks and her decision to become a real-life sex doll, and she loves it. 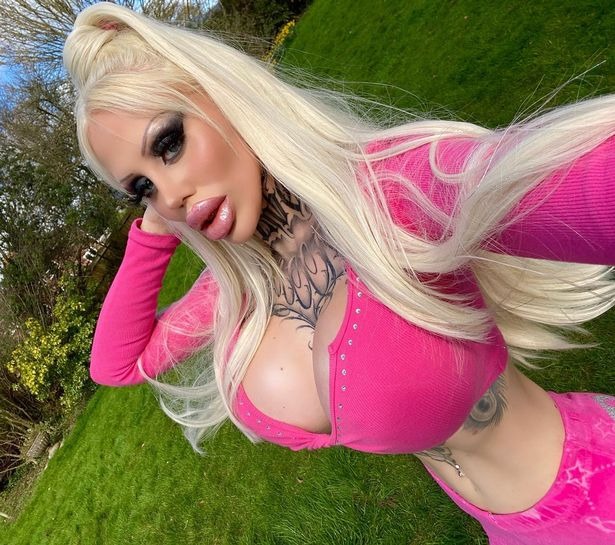 While some procedures are meant to enhance the breasts, some are a little more extreme as they try to make the person look like an actual sex doll.

There are even real-life bimbos that allow their partners to decide how they should modify their bodies. For instance, Alicia lets her partner choose how she changes her appearance because part of being a Bimbo is having somebody who owns her:

"I am his sex object and his trophy. How big my breasts are gonna go isn't really up to me to decide. In our dynamic, it's his decision. It's what turns me on and what excites me."

Alicia's journey toward becoming a bimbo has helped her realize who she really is. Many people would be hesitant about going through the operations she has had since her journey began.

Alicia, however, has embraced every part of this journey. She has always felt like a bimbo on the inside.

Still, it was not easy turning herself into a sex doll when she started. She had to deal with stigma and the fear of being excluded from society.

Her modifications are permanent, which means being a sex doll is the only kind of life she can hope to have:

"Quite early on, I sacrificed a normal life on the altar of bimbofication, and that was a conscious decision."

Due to her choices, she can't buy regular clothes because she has changed her body in ways that keep her from ever doing that.