With TikTok and Instagram reels, everyone is a fashion stylist and beauty expert. It is nice that people are swapping information and sharing their routines, but one woman went viral for all the wrong reasons.

Another thing: by saying "makes your blood flow," Hilary made us chuckle because that's not far from the truth.

"Guys, I have to tell you about this skin thing I got."

"It sucks and pulses, so it makes your blood flow. It's amazing!"

While rubbing a cute little pink gadget, she added:

"You can even turn on for more stimulation. It is amazing. It's on Amazon, and TikTok made me buy it."

It might have been an honest mistake, yet that does not make it less amusing.

So far, Hilary's video has received over two million views and thousands of likes.

However, she might have staged the whole thing, some suggested.

The Comments Were Mostly Helpful 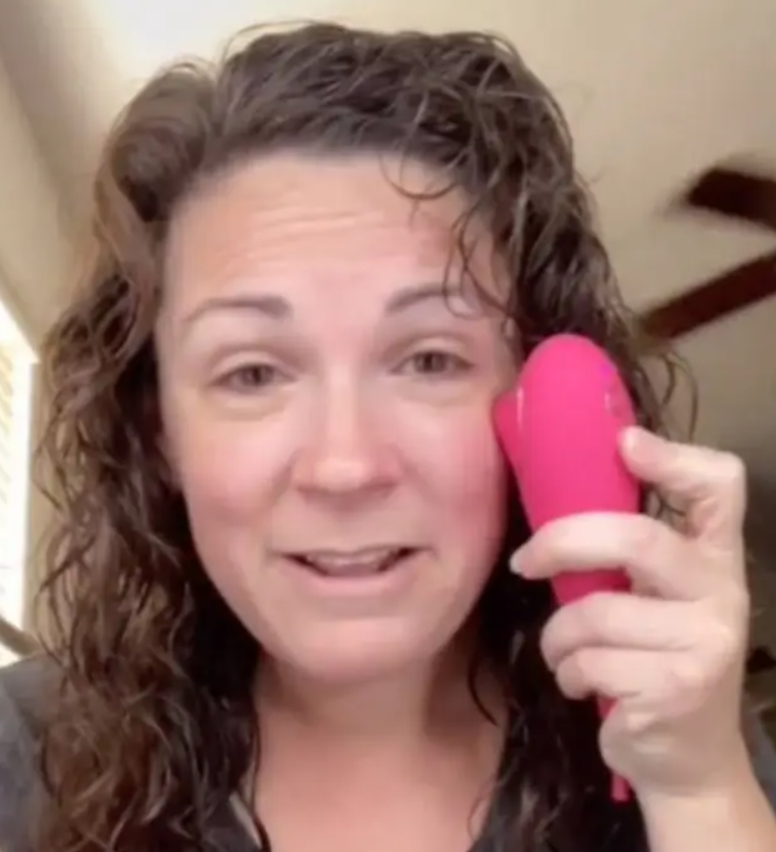 "Girl, it's not for your face. Use it on your bean downstairs. Thank me later."

Hilary replied in a cheeky manner, as she filmed herself running downstairs and picking up white beans:

"I did find the bean downstairs."

"Ma'am, ma'am, that suction is meant for another area!"

And there was this obvious one:

"Girl, that is not a pore sucker."

Hilary made fun of people who said it was for her "cat," "flower," and more. Eventually, she got the last laugh.

Last year, a young woman from Britain made a video about her parents opening her brand new sex toy. Mom ended up using it for her face.