For many, Wladyslaw Szpilman's story is about survival. But, for the pianist and composer, it was fate. The extraordinary story of the musician's life is inspirational as much as it was tragic.

In the book, Wladyslaw Szpilman described his life in occupied Warsaw. Later, it was translated to the big screens in the movie, The Pianist. But there was so much more that couldn't fit in a theatrical masterpiece.

Wladyslaw Szpilman Came From A Family Of Musicians

Wladyslaw's father, Szmuel, was a master violinist, and his mother, Estera, was a piano teacher. Young Wladyslaw started playing the piano and received the best education in Warsaw, Vienna, and Berlin. His specialty was Chopin, and in many ways, Chopin's works will follow Wladyslaw throughout his whole life.

A Polish-Jewish pianist and composer was born on December 5, 1911. As a gifted, classically trained musician, he lived a good life, always close to his parents, two sisters, Halina and Regina, and a brother, Henryk Szpilman.

He was also beloved and respected among other artists, which would come in handy once he was left to die during the Nazi occupation.

In 1931, he attended the Academy of Arts in Berlin but left once Hitler took over Germany in 1933. Once he was back in Poland, Szpilman continued composing and playing on the Polish Radio in 1935. Three years before his death, talking to the Polish television, Szpilman recalled he was making plenty while enjoying all the perks of being young and highly praised.

On September 23, 1939, Szpilman played Chopin's C sharp minor Nocturne. It was the last live broadcast before all hell broke loose. 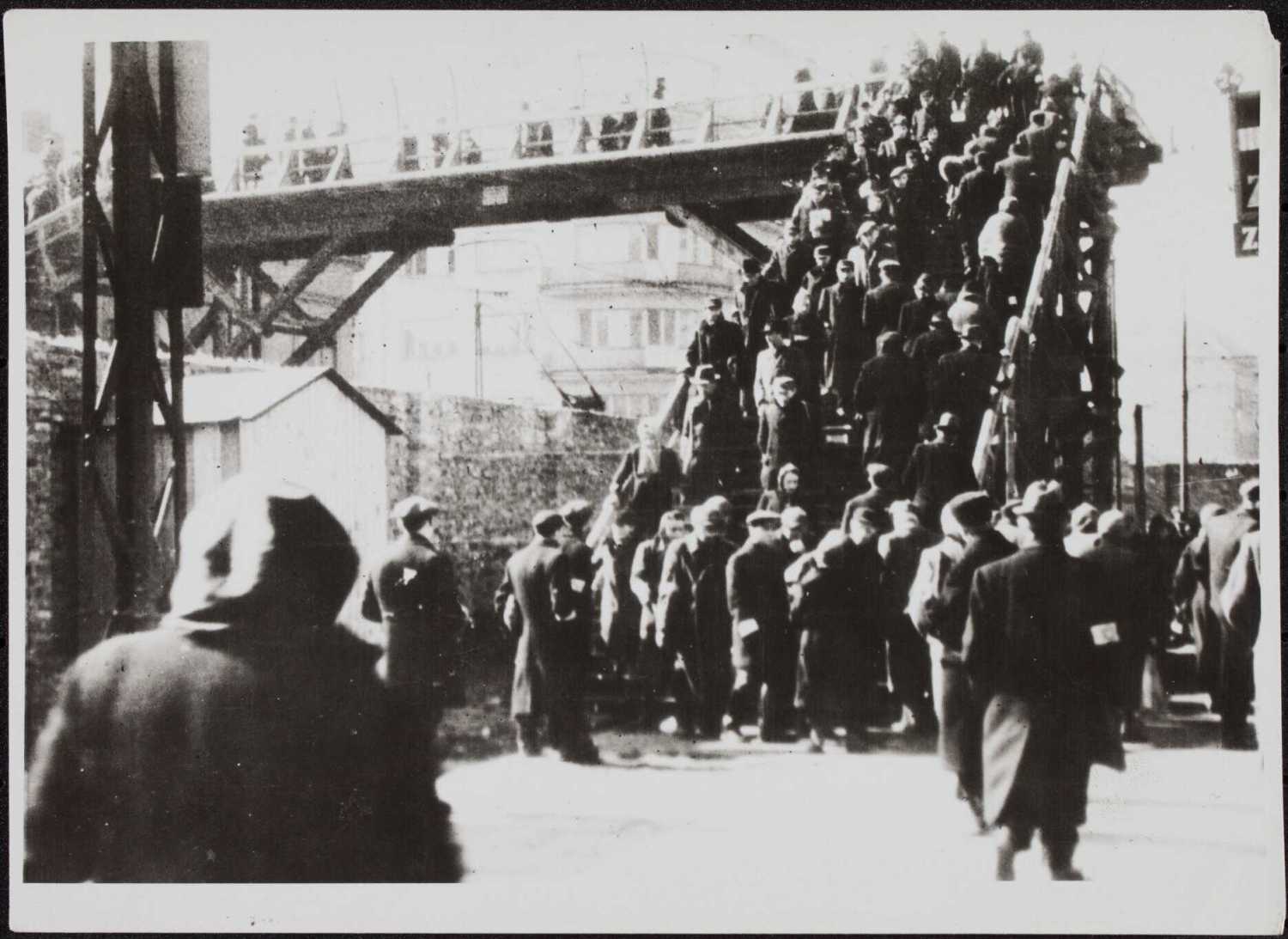 The Szpilman family, like many others, were forced to adapt to a new way of living under the Nazis. Young Wladyslaw was forced to share his talent playing in various cafes to help his family survive. Strangely, despite all their cruelty, the Nazis had some respect for art, so in the beginning, things appeared manageable.

But that perception of reality soon changed. The family of six would eat a soup per day, and Wladyslaw's brother, a promising philosophy student and a poet would be selling his books to help out. One sister was a lawyer, so there was not much to do except try to survive.

Wladyslaw played in Nowoczesna, where no one noticed his music. He then moved to a cafe on Sienna Street and Sztuka Cafe on Leszno Street.

Jewish District or Warsaw Ghetto was inside the walls of the city. It went from taking over half of the town to just a few blocks.

The German occupation army started sending Polish Jews to Treblinka in July 1942. It was a concentration camp, similar to Auschwitz. This camp took approximately three million lives. Yet, some did not even make it as far. They would die of starvation, exhaustion on the streets, or the overcrowded trains for the death camp.

On one fateful day, August 2, 1942, the Szpilman family was among those picked to board the train for Treblinka. When Wladyslaw Szpilman was about to board the train, a Jewish policeman in charge recognized him and told him to go away.

It was the last time Szpilman would get a chance to see his family. They were all killed in the concentration camp, alongside nearly half of million Polish Jews from Warsaw alone.

Wladyslaw Szpilman In The Midst Of War Stricken Country 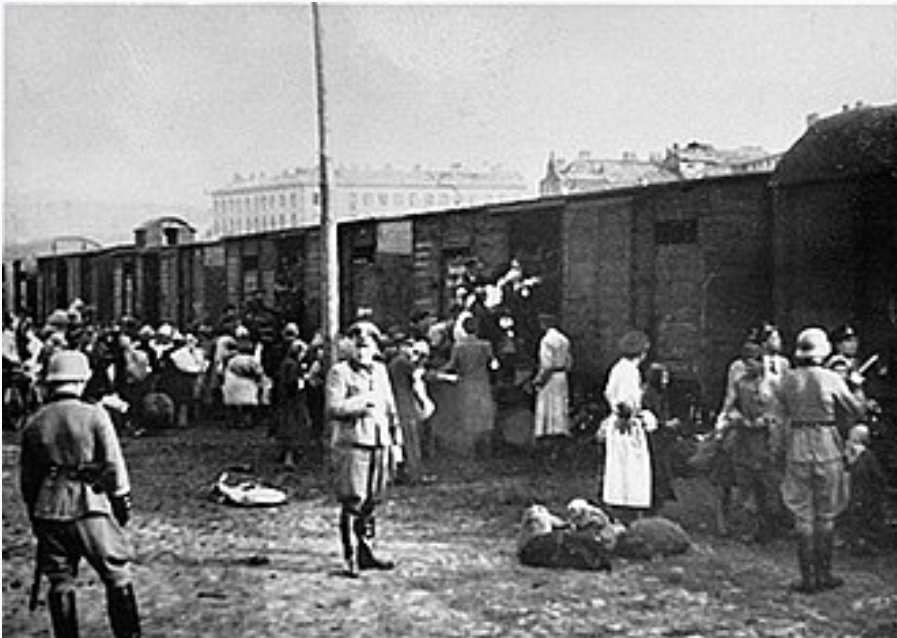 Szpilman's connections, and pure luck, kept him alive. He was always hungry, cold, without a proper bath, or toilet, surviving, as his country was collapsing under the Nazis.

He would go from one Warsaw apartment to another, never knowing when his time would run out. During those three years, he did not want to touch the piano. Instead, he focused on reading, learning English, and always on the edge of death.

In 1943, he even tried to kill himself. Starved and humiliated, Szpilman took sleeping pills while the apartment he was in was on fire. Yet again, he survived, and he never understood why or how. 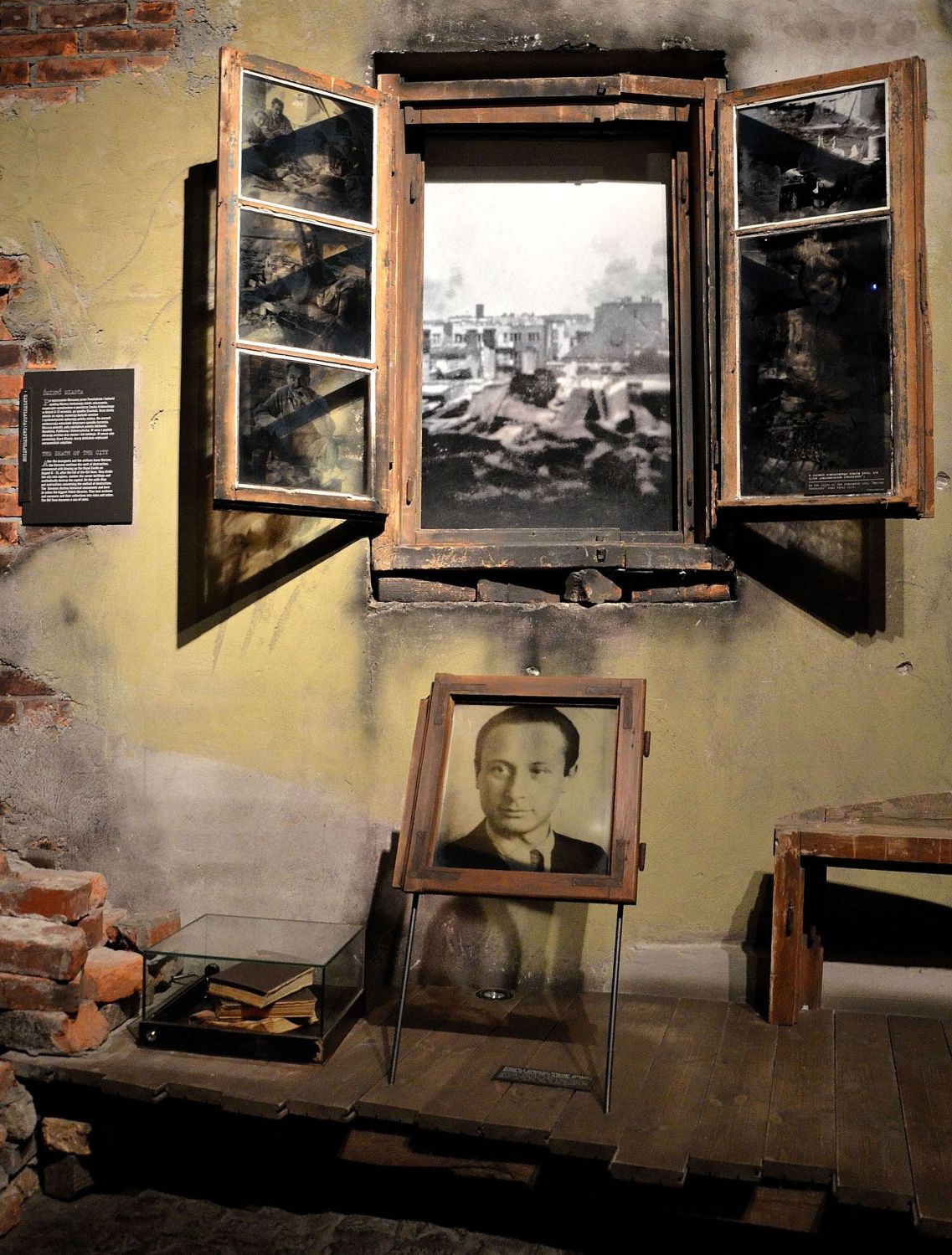 Until late 1944, the pianist survived thanks to his radio coworkers, actors, and people who knew his family and were willing to risk their lives to help him. Wladyslaw Szpilman escaped the Nazis several times, even jumping from the fourth floor on one occasion.

But, things were starting to get worse. Szpilman was unwell, exhausted, drinking water from the toilet and eating crumbs from the streets.

Near the end of the war, Wladyslaw nearly died twice. Ironically, the second time he was almost killed was by the liberation army due to a misunderstanding. 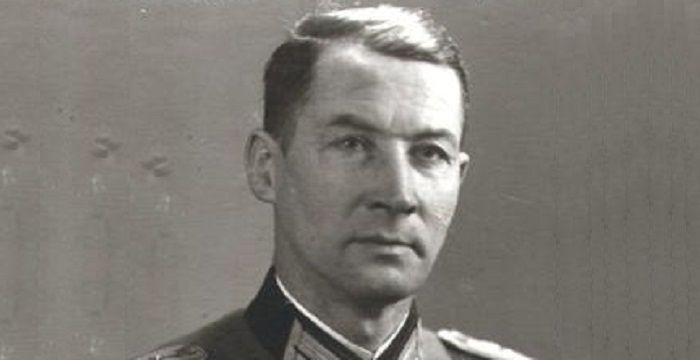 The end of the war was particularly difficult. In November 1944, Wladyslaw Szpilman hid in an abandoned building, freezing, waiting to die.

Over four years after being forced into the Warsaw ghetto, Szpilman saw all the war horrors, not daring to think of his long-gone family.

But then something strange happened. Later, Wladyslaw would explain that this random act of kindness by a German Captain taught him to judge people only based on their actions.

A German officer Wilm Hosenfeld found Wladyslaw Szpilman. The pianist knew that there was no point in lying. He was dead either way. But, the officer did not shoot him. Instead, he told him to play the piano in one of the rooms. 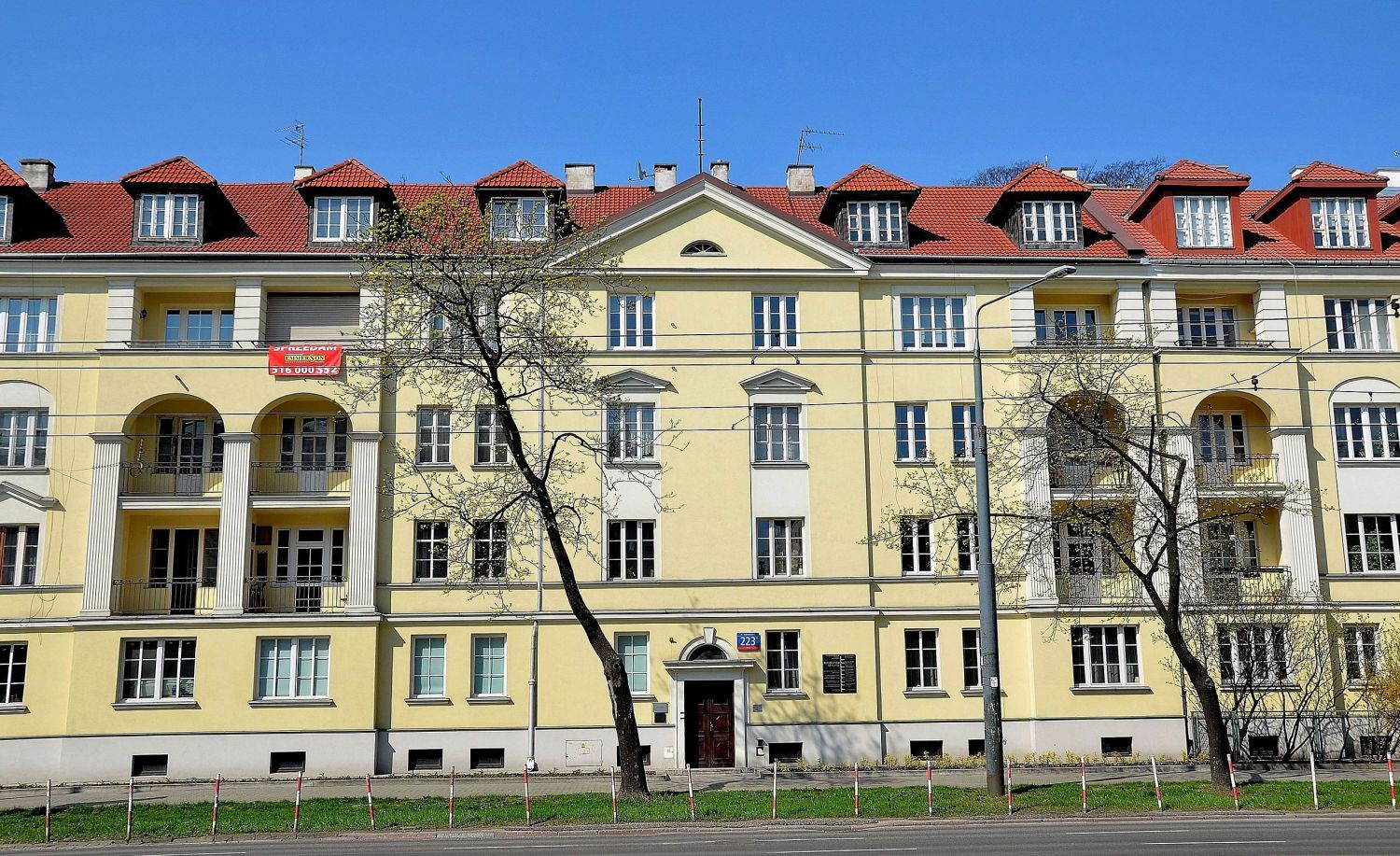 It turned out that Hosenfeld helped others, confessing to Szpilman that he failed to grasp what was happening. Despite his dirty, frozen fingers, long nails, fragile, starved, the pianist impressed the German officer, and he gave him a coat. He also found him a better hiding spot, fed him, and gave him hope that the war was almost over.

Szpilman and others tried to set him free, but Hosenfeld died in a camp for war prisoners in 1952. But, his wife and four sons had numerous Jewish friends to support them, as Hosenfeld saved them. The Captain is among the few German soldiers awarded the title "Righteous Among the Nations," Israel's highest award for non-Jews.

Wladyslaw Szpilman After The War 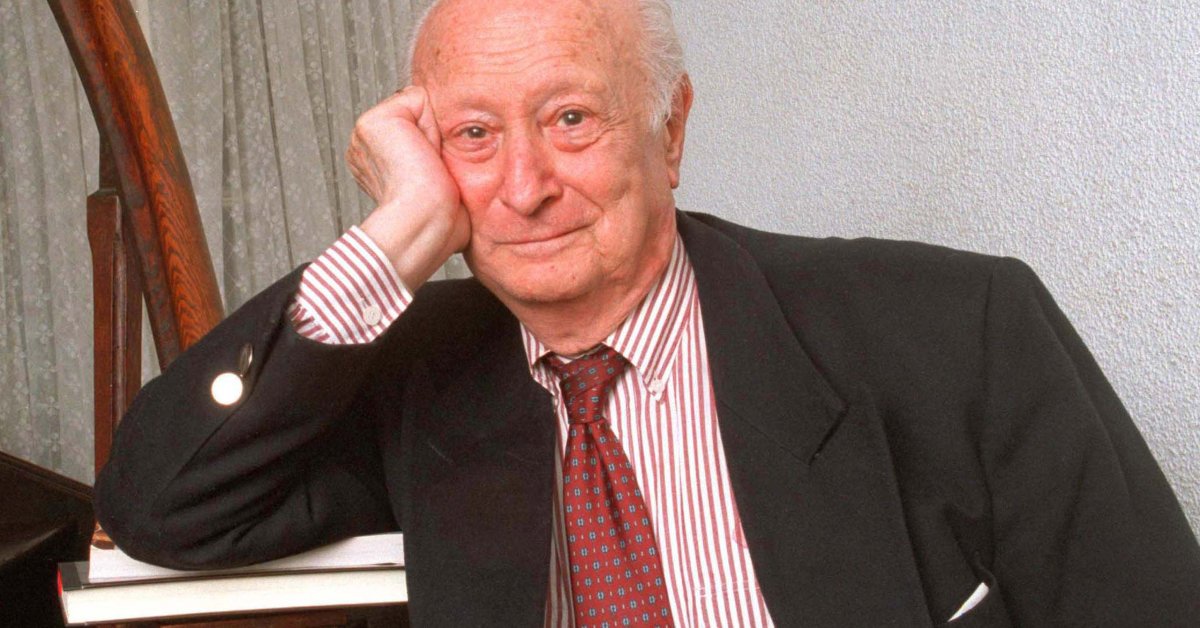 One day, Wladyslaw Szpilman woke up and saw people on the streets of Warsaw ruins. He wore a coat of a German soldier. The Soviets almost shot him on the spot after getting out of his hiding place.

Wladyslaw was taken into custody, and the investigator asked him to name people who worked for Polish radio to prove his identity. After he was released, Wladyslaw Szpilman sat on the sets of stairs and wept. The war was over.

Soon enough, he was brought back to the radio station where he continued playing Chopin's Nocturne, just like on the day when millions lost their freedom and even lives.

In 1946, he wrote the book Śmierć Miasta or The Death of a City. Later, the title was changed, and The Pianist was born.

Per his acknowledgment, Wladyslaw Szpilman did not think about his family for many years. Instead, he threw himself into work. He composed around 600 songs, from classical to jazz and pop. 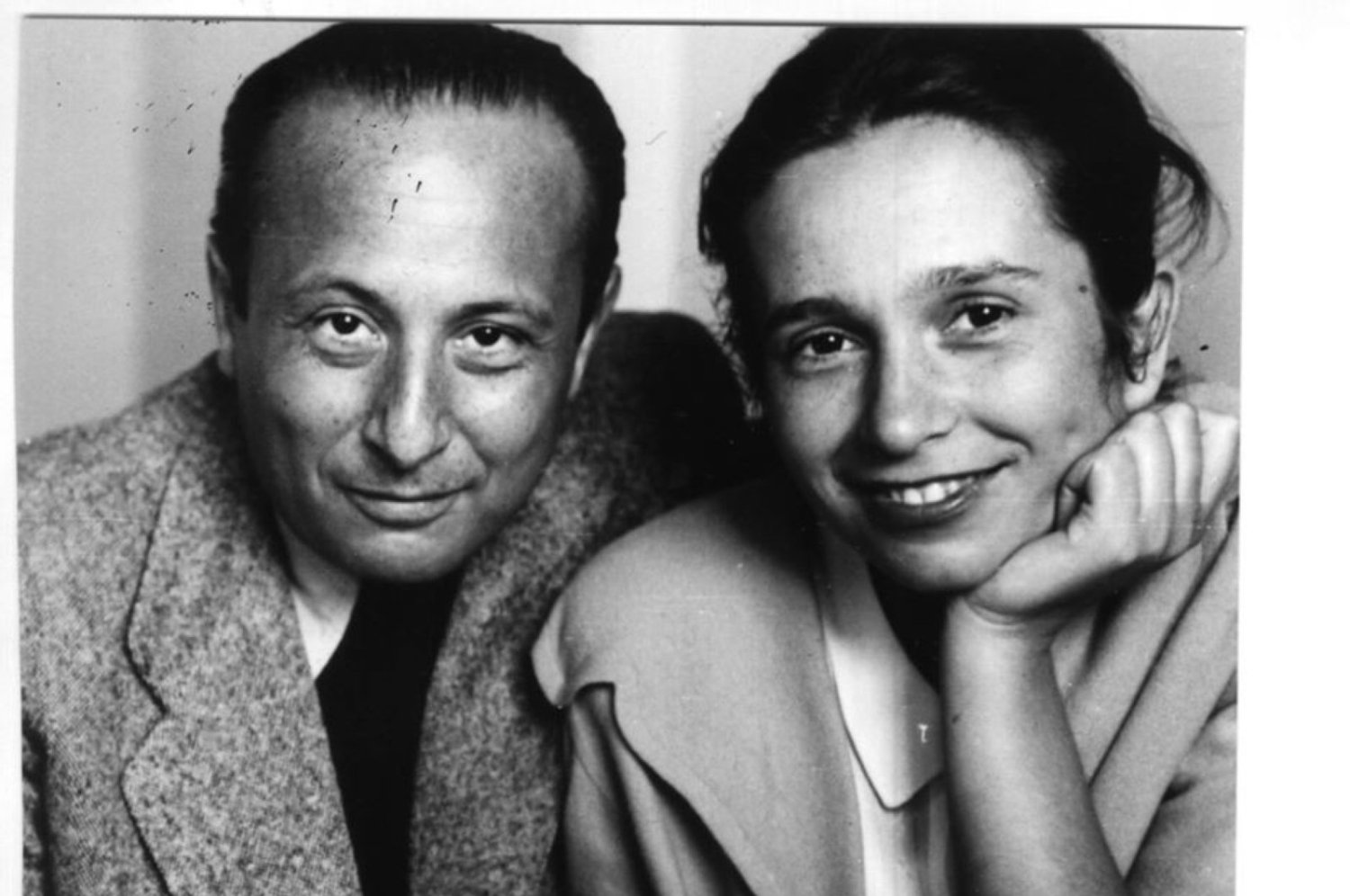 In 1950, he married a physician, Halina Szpilman. The couple had two sons, and they both proudly spoke about their father.

The Pianist would hit the theaters many decades later, but Wladyslaw Szpilman would not get to see it. He died in 2000, aged 88.

As he told the Polish TV, he never wanted to stay alive. But, it was something bigger than him. At his advanced age, he finally allowed himself to grieve over the loss of his family.

Szpilman did not stop playing solo and with Warsaw Piano Quintet until the end. His wife Halina lived to be 92 and died in 2020.

The Pianist And Szpilman's Legacy

It made perfect sense for Roman Polanski to stand behind the camera, as Adrien Brody took the role of Wladyslaw Szpilman. Wladyslaw Szpilman's sons, Andrzej and Krzysztof, predicted that Brody gave an Oscar-worthy.

Before becoming an infamous movie director, Polanski was a Holocaust survivor who spent his childhood in the Krakow ghetto. He also lost his family and knew how to capture the atmosphere better than anyone else.

Wladyslaw faced some challenges during the 60s, as did many Polish Jews. However, his wife once said that the only politics that mattered for Wladyslaw was music. 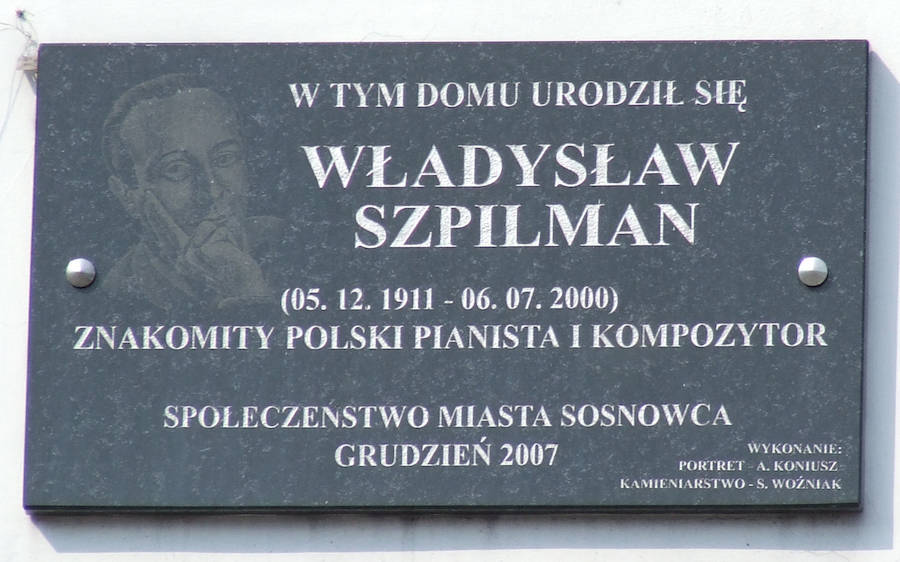 Polish Radio's Studio 1 was re-opened and named after Wladyslaw Szpilman in 2011, marking his 100th birth anniversary.

In the winter of 2011, a commemorative plaque to Szpilman was unveiled at 223 Niepodległości Avenue. Wladyslaw Szpilman spent the final war days in occupied Warsaw at that address.

Władysław Szpilman was not a soldier. He was an artist thrown into the darkest hours of modern history and repaid surviving the unthinkable by creating, performing, and organizing numerous events that honor art.

The Pianist (memoir) is still one of the rawest, historically significant books that describe the horrors of the Holocaust.