The greatest geniuses in history are usually respected worldwide and remembered long after their deaths. Aside from their contributions to humanity's knowledge, their high intelligence makes them appear superhuman.

Albert Einstein, Charles Darwin, Stephen Hawking ― these are just a few immortal names who transformed our understanding of the world and universe.

William James Sidis is neither famous nor celebrated today. Only a handful of people know how incredible he was. He never received recognition for his work and never found true happiness during his lifetime.

However, by some accounts, William James Sidis was the most intelligent person in recorded history. His estimated IQ score was 200-300 points compared to Einstein and Hawking (around 160), never mind the average score of 100.

Born in 1898 in New York City to Ukrainian-Jewish parents, it is not surprising that William was smarter than other children. His father, Boris, was a respected psychologist and a polyglot, while his mother, Sarah, was a medical doctor. They named their son after William James, a prominent philosopher and a friend of Boris.

Boris was hopeful that William would follow in his footsteps and master many languages too. They were happy to indulge in their son's curiosity with books and educational material. As clever as Boris and Sarah were, they must have been stunned by their son's abilities. 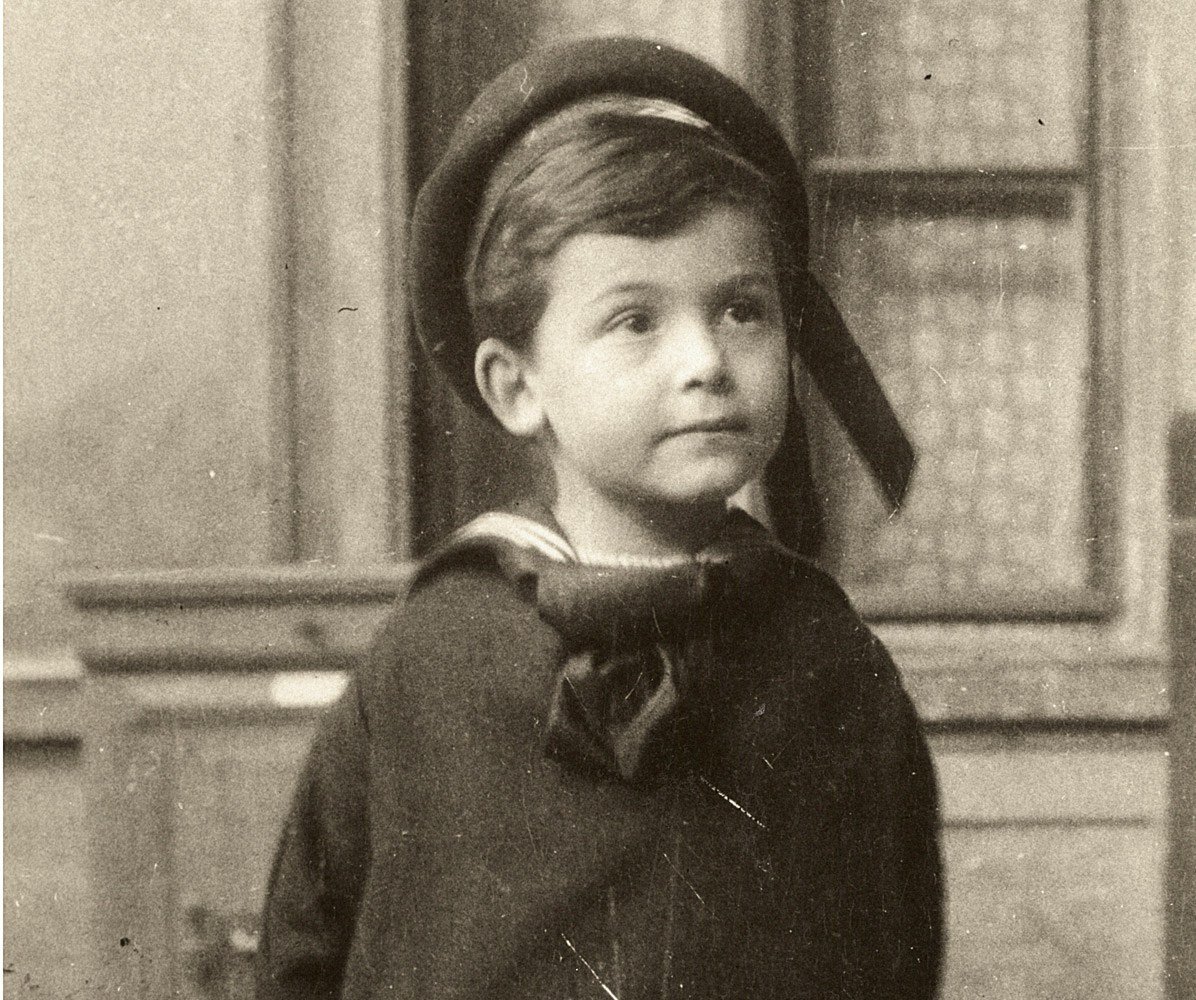 It was not long before William had fulfilled his father's wishes. At the tender age of 8, he had learned eight languages through self-study. Among the languages were Latin, Greek, Russian, German, and Turkish. Sidis was such a gifted polyglot that he created his own language too.

In more recent times, William's parents have been criticized for their approach to raising their son. He was without question exceptionally bright, though Boris and Sarah definitely encouraged him to learn as much as possible. Boris Sidis used his experience as a psychologist to help William learn concepts faster. And it was paying off.

At 7, William James Sidis was already learning high school material. He was able to complete the four-year curriculum in just six weeks. By 9, he was ready to study at Harvard University.

By this time, William was a linguistic genius and a talented mathematician. To his parents' disappointment, Harvard would not admit Sidis at such a young age despite his exceptional mind.

A Child In Higher Education 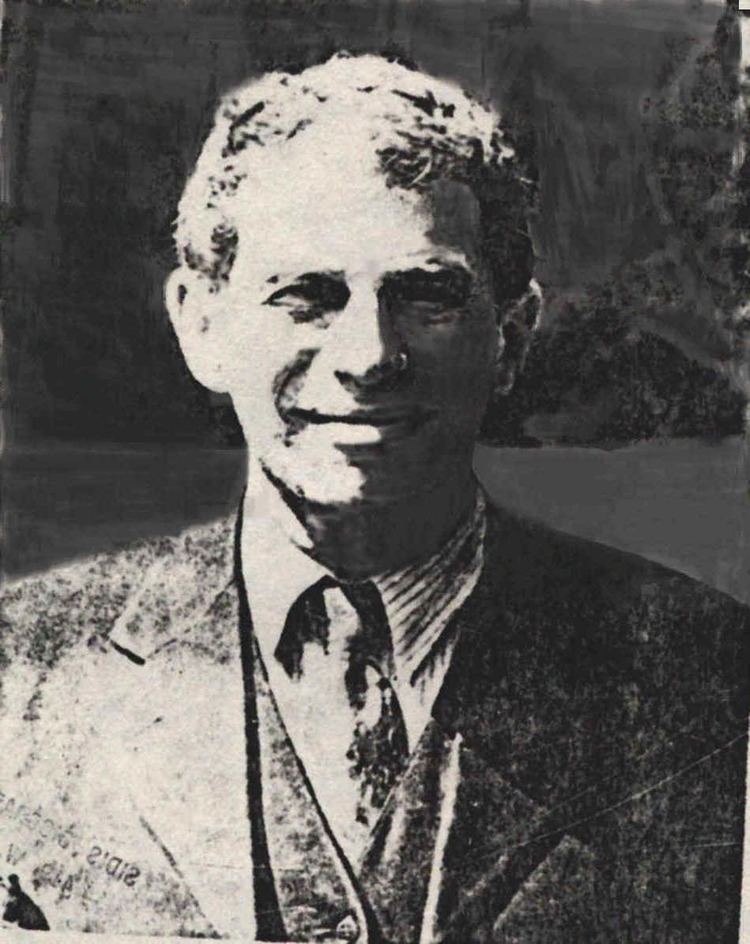 William James Sidis' parents were persistent in enrolling him at Harvard. In 1909, when William was 11, they agreed to wait. William did not start his college course until 1910.

Early in that year, he gave a mathematics lecture at Harvard on the topic of four dimensions. This event attracted nationwide attention and, though the lecture was challenging to understand, those that could follow William's ideas were intrigued.

"I believe he will be a great mathematician, the leader in that science in the future."

At college, the academic work was a breeze, but life outside of lectures was not great for William. He barely had any social life, was not interested in relationships, and was sometimes bullied by his peers. 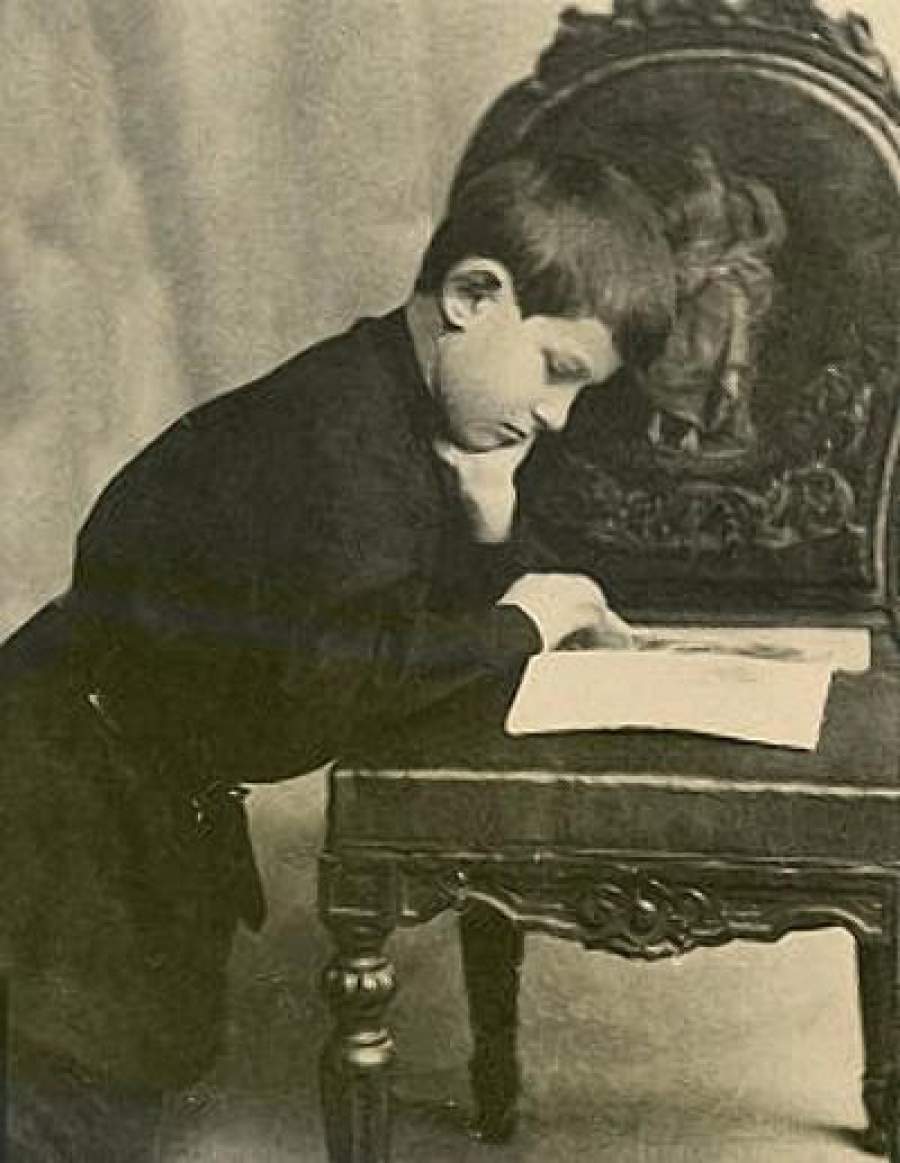 After completing his Bachelor's degree, the constant ridicule from Harvard students meant that William could not continue his studies there. His parents found a spot for him at Rice University in Texas in 1915.

As a graduate teaching assistant, he planned to earn a graduate degree in Mathematics while helping to teach some courses.

At this institution, William James Sidis was mistreated by some of his students who were, of course, older than him. Feeling angry and frustrated, Sidis eventually returned to Harvard. This time, he pursued a law degree.

William's third time at university was unsuccessful as he left his program empty-handed in 1919, during his final year.

A Brilliant Mind With Humble Aspirations 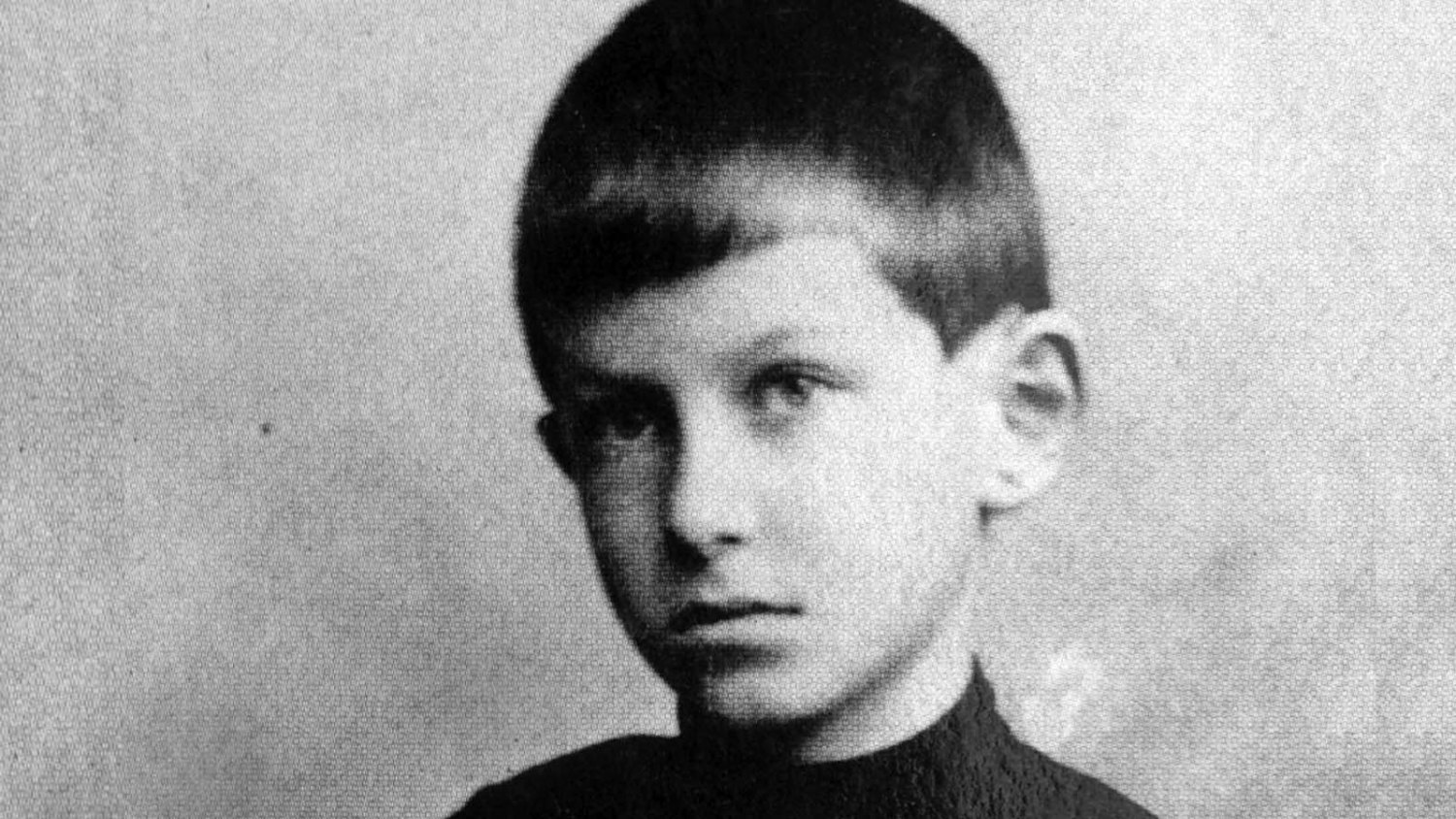 When William James Sidis first graduated in 1914, he gave an interview to a local newspaper and stated his intentions to live the perfect life of celibacy and isolation. He hated crowds in particular, though. Who doesn't?

After ten ineffectual years in education, Sidis' life deteriorated when he got in trouble with the authorities for the first time. While attending a Socialist march in Boston in 1919, violence broke out. It is not clear whether William instigated this or not. Regardless, he was handed an 18-month prison sentence for his troubles.

William's father kept him out of prison by making him stay in a sanitorium for a year. After that, William lived in California for a year before moving back to the East Coast again. In 1921, his intentions were the same as in 1914 ― he wanted to lead a simple life and be relatively unknown.

Sidis hoped to remain anonymous by working in a series of mundane roles in New York. Performing simple accounting tasks was an incredible waste of William's talent, but he was content so long as nobody recognized him. If ever this happened, he would promptly look for another job. 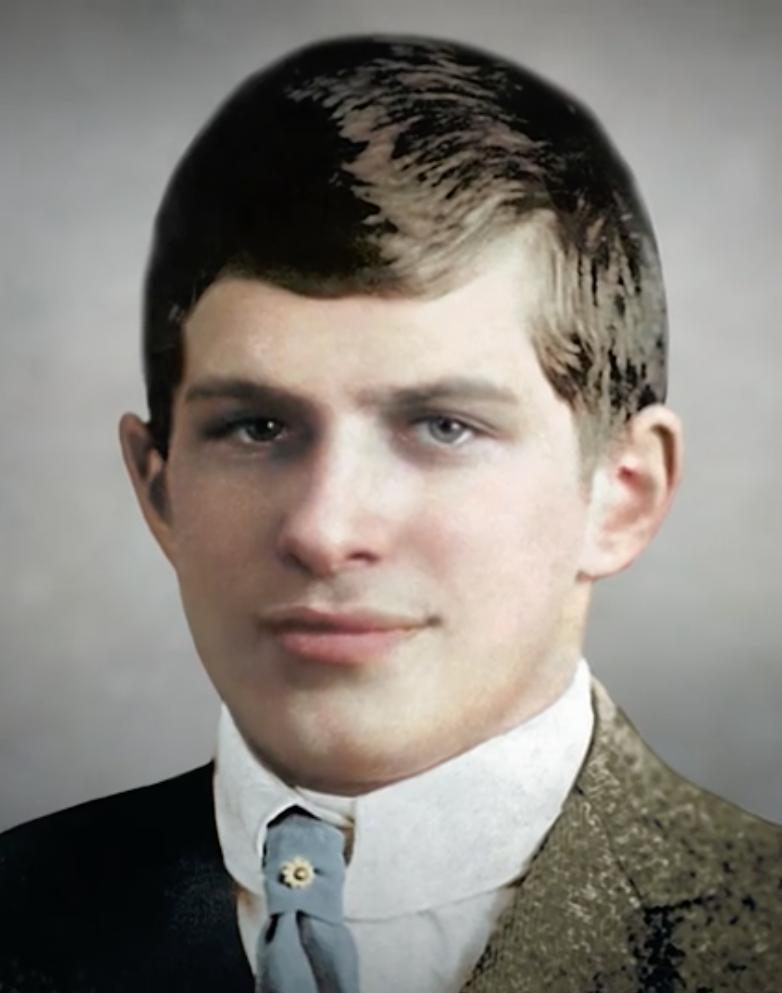 Alongside his unfulfilling work, Sidis occupied himself by publishing articles and books using a pseudonym in his later years. For example, he wrote about American history and public transport. His work was not famous, but that did not matter to William.

Another controversial episode in the life of William James Sidis occurred in 1937 when he sued the New Yorker newspaper for publishing statements about him that were apparently false. William was finally given compensation in 1944.

By that year, William had returned to Boston. On July 17th, 1944, 46-year old Sidis was found dead in his apartment. What killed him was cerebral hemorrhage. This was the cause of his father's death years earlier.

The most brilliant man ever died broke, and his genius never reached its full potential.

The Legacy Of William James Sidis

It is a great shame that a man of such outstanding intelligence died alone without achieving more. William's brilliant mind and thirst for knowledge could have had a positive impact on the world, and they were wasted.

William's life shows that extreme intelligence does not always guarantee success or fulfillment. Though somewhat unknown in the modern world, many of his contemporaries appreciated his genius.

Despite his underwhelming career, William James Sidis consistently ranks among the most brilliant people ever to walk this planet.