Will Smith revealed an astounding array of celebrities who attended an advance showing of his upcoming movie Emancipation on Monday as he was getting back into the groove of things.

Will beamed in a selfie shared on Instagram featuring Rihanna and A$AP Rocky, together with comedian Dave Chappelle, movie star Tyler Perry, and other celebrities.

The 54-year-old Oscar winner is back with his first major project since he shocked Academy Awards viewers earlier this year when he slapped Chris Rock on stage, and it appears that he is trying to revive his career and reestablish himself.

Will smiled toothily while taking the picture, sporting a particularly thick beard and close-cropped hair. 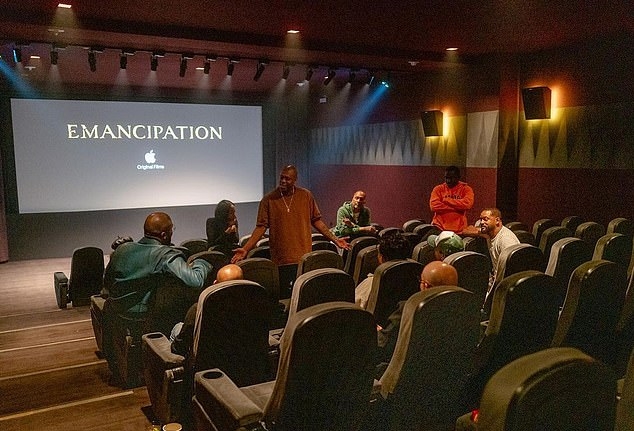 He was casually dressed in a cream-colored striped shirt and a charcoal jacket Rihanna, who was standing behind him and was wearing a white jacket, playfully flashed bunny ears behind his head.

She wore her hair swept over one eye and flaunted her perfect pout while appearing to be about to kiss her partner A$AP Rocky.

Rocky wore a white trucker cap and grinned from ear to ear. 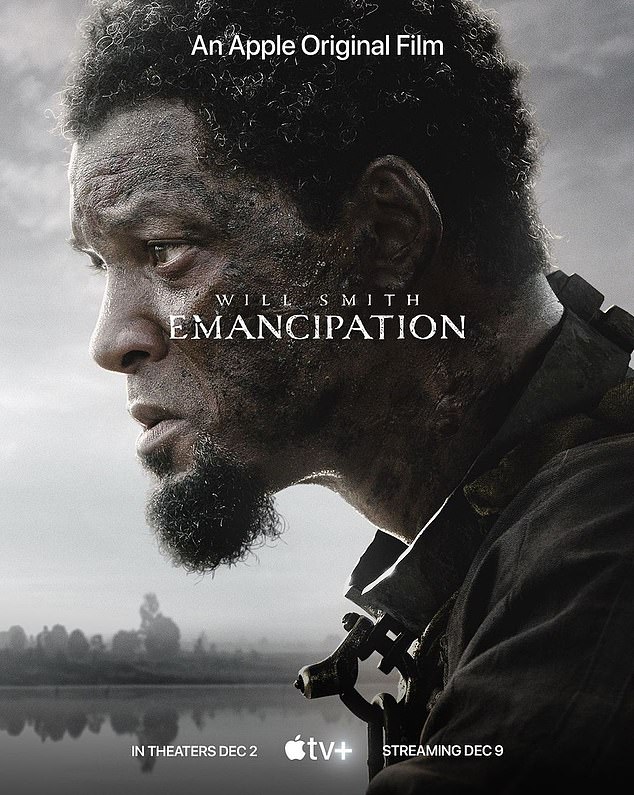 Dave Chapelle who was in the middle of the crowd was wearing a brown shirt while Tyler Perry wore a stylish blue jacket and displayed a playfully surprised expression.

Black-ish creator Kenya Barris was also present in the celebration, as was music producer Corey Smyth and Will's longtime friend Fawn Boardley, who has previously served as a style director for him and his wife Jada Pinkett Smith, 51, who did not appear to be at the screening.

A subsequent photo showed Chappelle standing with his back to the screen as he conversed with the other audience members, suggesting that the film may have spurred some in-depth discussions among the group.

Will's most recent film Emancipation is a historical thriller directed by Antoine Fuqua. It tells the story of an enslaved man named Peter (played by Will Smith) who escapes from a Louisiana plantation.

Will Smith's character braves dangerous territories and slave hunters to make it up north to Union territory, where he can join the fight against the Confederacy.

The film is inspired by the story of a former slave who endured repeated whippings and was immortalized in terrible photos of his back badly bruised from the repeated beatings.

The movie is Smith's first significant project after he interrupted Chris Rock's Academy Awards presentation by taking to the stage and slapping him in the face.

The Fresh Prince of Bel-Air actor claimed that he was offended by a joke that Rock made about his wife's lack of hair, which she chopped off to cover up her hair loss.

Smith still won the award for Best Actor at the Oscars for playing the father of Venus and Serena Williams in King Richard, despite the controversy. 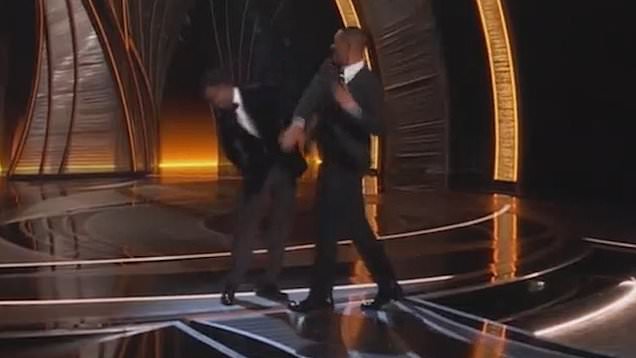 Following the scandal, it was originally reported that Apple intended to push back the release of the film until 2023 in order to give the controversy time to die down.

However, it is now scheduled to be released in theaters on December 2, followed by a streaming release on Apple TV+ on December 9.

Due to the film's short theatrical window, the streaming service may have given up on its aspirations to produce a hit for awards season.