A man who enjoyed hunting down endangered animals in Africa suffered a deadly fate after he was shot dead in cold blood. Riaan Naude, 55, was found dead next to his car.

Naude was responsible for a company known as Pro Hunt Africa.

He was killed in Limpopo, South Africa. His death was confirmed on South African media by the country's police service spokesperson, Lieutenant Colonel Mamphaswa Seabi.

According to the authorities, Naude was found lying with his face up. He also had blood on his face and head. 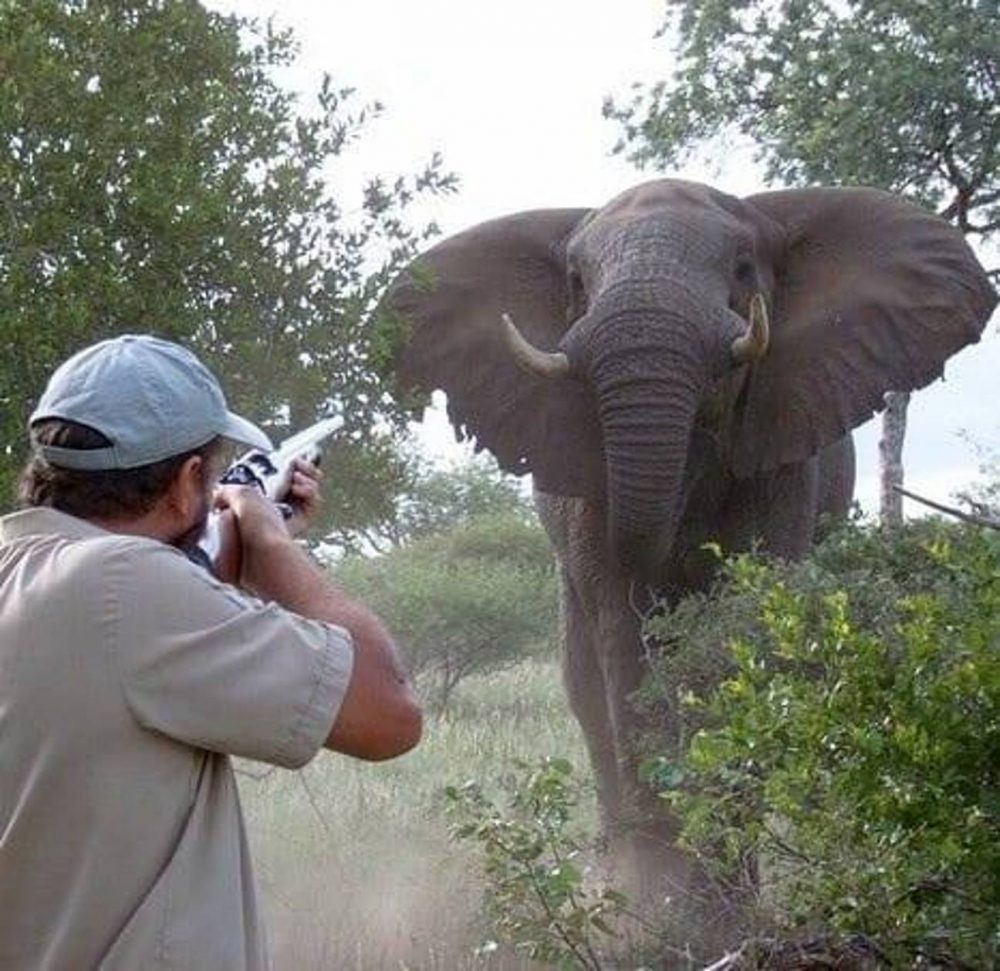 In addition to the hunter's body, the police also recovered two hunting rifles, water, whiskey, clothes, ammunition, and pajamas belonging to the dead hunter. Based on their discovery, the police concluded that the man was headed on a hunt.

It was not immediately clear what the motive for the attack and the murder might have been.

A report by the media claimed that Naude was shot "execution-style." He was shot in the head at close range after a white truck stopped next to him.

A cattle herder heard the shot and saw the white Nissan truck fleeing from the scene.

Heritage Protection Group, an NGO that campaigns against the hunting of rhinos, reported that two people were responsible for Naude's murder.

Reportedly, witnesses confirmed seeing a white truck stopping next to him and then saw the man being shot at a close range before two suspects got out of the truck to steal his pistol, which is the only thing they took from the deceased man before taking off.

Once the suspects got into their vehicle, they went in the direction of Marken. The hunter's other personal belongings were left as they were.

Breaking news: Professional Hunter (PH) Riaan Naude, whose client’s have been the subject of many of our exposes, has been murdered. His vehicle overheated & he was shot execution style next to the vehicle in Limpopo.
Sorry his family.
In Afrikaans👇🏼onlyhttps://t.co/et8P3N3Jka pic.twitter.com/wYFBekhJbY

Although Naude died a brutal death, people on social media were not precisely sorry for him. Many people were more interested in pointing out that the hunter had become the hunted.

Another had a macabre suggestion: "Stuff him and hang him on the wall, say cheese."

A different person described Naude as a "sadist."

The man's company, Pro Hunt Africa, is described as a "hunting and eco safari outfit" located in the northern part of South Africa. The company had operations in South Africa, Zimbabwe, and Mozambique.

According to the company's website, the company focuses on "dangerous game and plains game hunting safaris with an emphasis on quality."