Despite what divorce rate statistics might tell us, there are plenty of people who are happy and even grateful for their marriages. That said, some people have put in quite a bit of effort into ensuring their marriages work.

As you know, you can find the perfect partner, but their life choices might be a threat to your relationship. After all, we can all have some very unique needs.

For instance, while you might desire the reassuring presence of your partner at the end of a busy day, their idea of fun could be spending that time having a couple of drinks at the pub before calling it a day.

In general, you can never know for sure how marriage will turn out. Fortunately, there are many ways to solve unexpected marriage troubles.

As they say, there are many ways to skin a cat, and a woman from England found an ingenious way to solve a popular marriage problem. Here's the interesting story of Jayne Tapper.

Jayne's Husband Disappeared In The Evenings, To The Local Pub 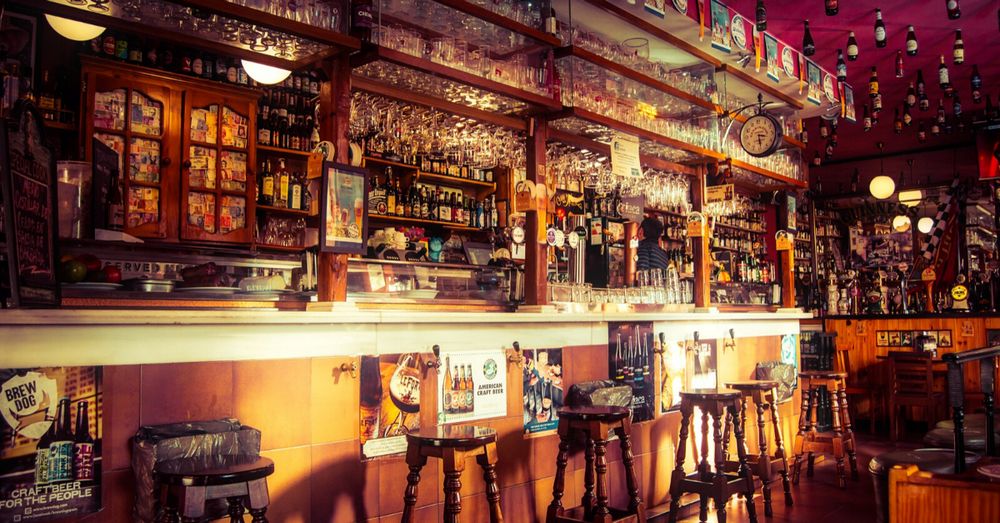 Jayne Tapper, a resident of Devon, England, took issue with the fact that her husband would rather spend his evenings in the pub and not at home with his family. The 48-year-old woman was fed up with this behavior.

She wanted quality time with her significant other, but the man cared more about having a few drinks before the end of the day than spending time with her and the kids.

Apparently, the engineer loved popping in at the local pub, and Jayne "could never seem to keep him at home."

Then She Had A Brilliant Idea 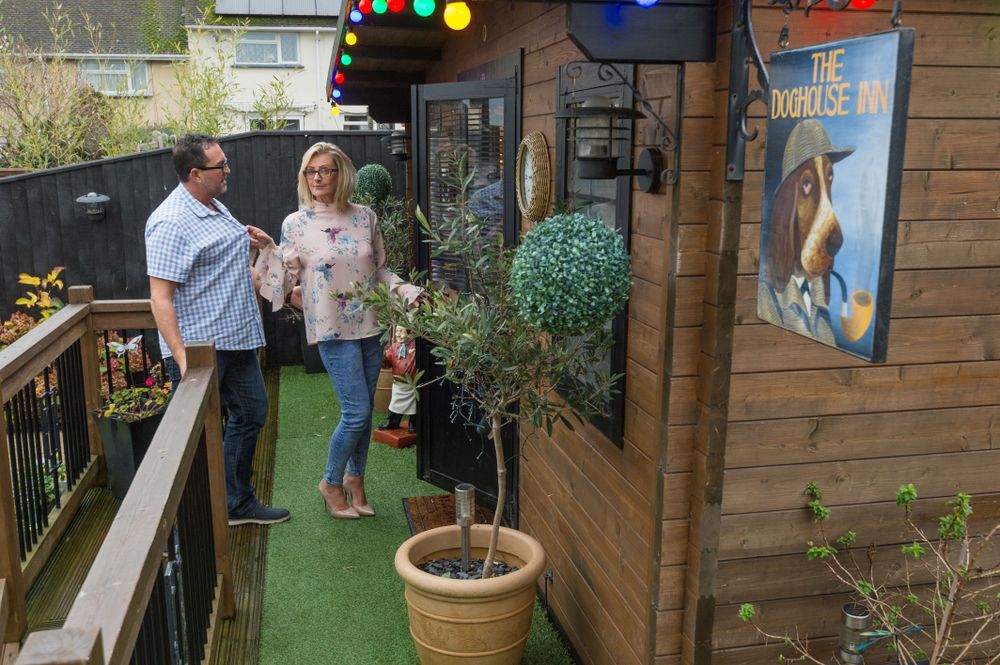 Jayne had an idea most ladies in her position never have: she decided to create her own pub. It came with a kicker: she would tell people that her husband was in the doghouse.

Fortunately, the couple already had plans in place to level their backyard for $20,000. Therefore, this was the perfect place to make the pub idea come true.

For A Few Thousand Dollars, They Made A Pub 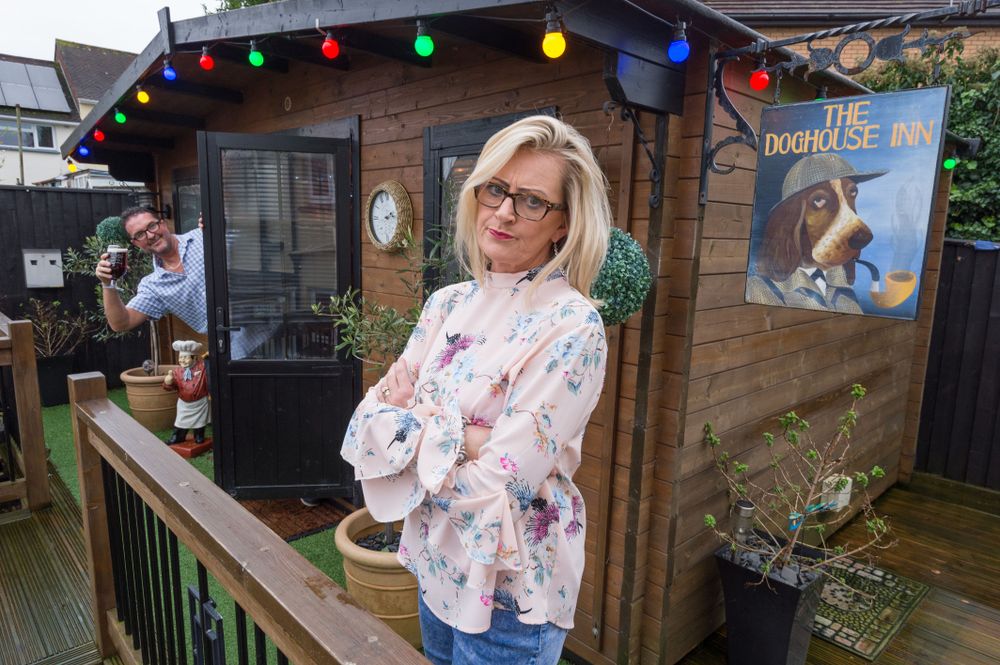 This involved having a full bar. They also installed fridges and brought in a Space Invaders arcade game.

However, the couple was lucky and got a good deal because a friend made the sign. Other friends donated a couch, a TV, and other stuff necessary to keep the cabin insulated.

She named the pub "The Doghouse Inn," which was perfect because the family also owns three basset hounds. 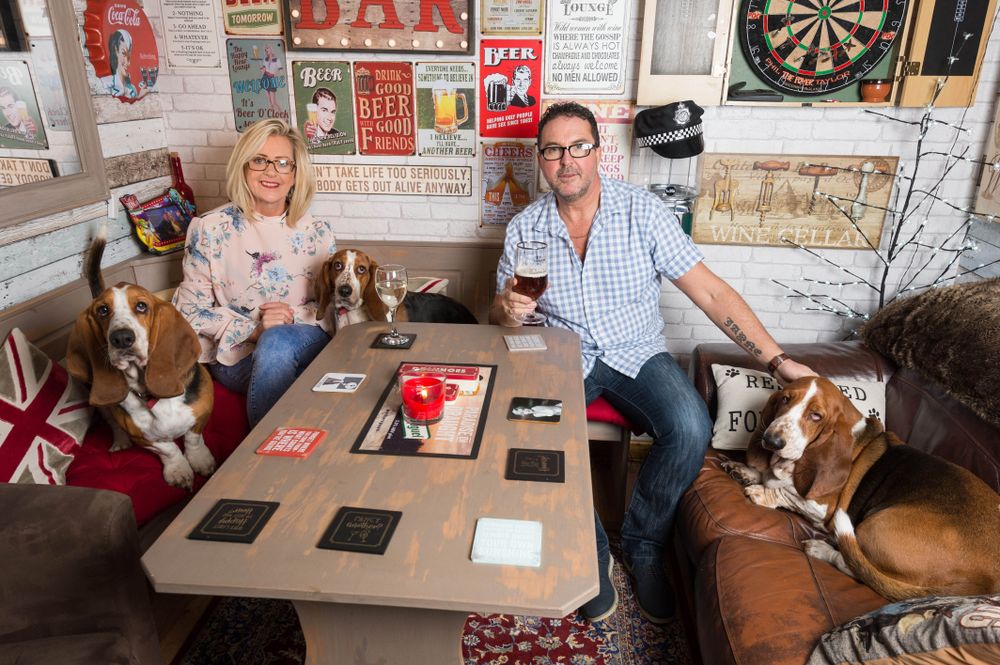 Obviously, this was a huge investment, but it was a success and it was worth it. The project took five months to implement, and today, Jayne's Doghouse Inn is a reality.

The couple loves spending quality time in the inn, which also serves as a great place to hold some great parties.

The idea has some pretty good economic benefits as well since Jayne's husband doesn't have to spend hundreds of pounds at the local pub.

The kids have also benefited from this development as they get to spend more time with their dad. In fact, they hang out at the Doghouse Inn all the time.

What a brilliant idea!