Waiting for a meal to cook when you are starving is a monumental challenge. Think of waiting for a pizza or burger.

Five Guys discovered a trick to make your wait bearable years ago. If you have ever had a meal at the franchise, you would know that they are popular not just for their juicy burgers but for their complimentary, all-you-can-eat peanuts.

The peanuts are available to all customers for free. Contrary to what you might think, they are not just gifts. While customers wait for their order, they can munch on the snack to temporarily soothe their cravings. 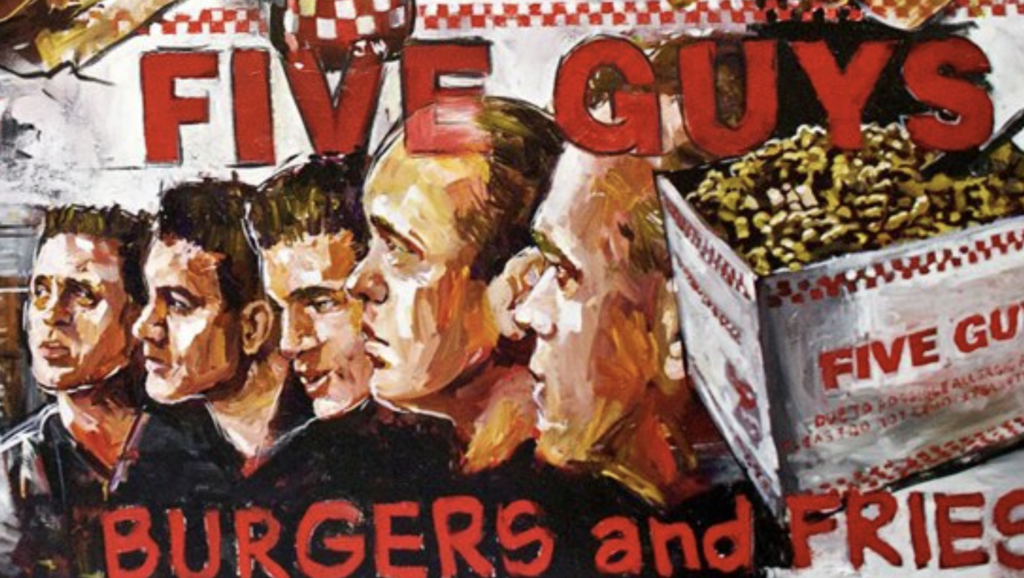 Everybody likes free food, and Five Guys have fully utilized this knowledge. In 1986, Janie and Jerry Murrell gave their five sons an ultimatum, "Start a business or go to college." You can tell which side won.

They opened the first Five Guys restaurant in Alexandria, Virginia. Since then, they have created an empire with more than 1,400 branches. They are in 49 states in America and nine other countries. Burger business has been good business for them.

They have a typical fast food-type menu but are popularly known for their burger and fries. As we all know, such orders have an expected cook time. But Five Guys has "a policy that no cook may press down on the patty that is being cooked to make it cook faster." As a result, some customers become disgruntled because they have to wait a little longer than elsewhere.

To appease them, peanuts come in handy. Five Guys prides itself on delivering juicy burgers and is not willing to compromise on quality for quantity.

A bowl of peanuts to keep impatient customers at bay is a genius idea. While they are delicious, there is a catch. The nuts are still in their shell, so customers have to do some work before they can enjoy the nuts. It keeps them busy to the right degree.

For those who love peanuts, waiting for their order is no hassle. But, for those with nut allergies, it is a nightmare. Some people are so allergic to nuts that they can't be in a room where nuts are kept. So, it is hazardous when a public place is filled with such.

While it is a welcome distraction, the nuts are a huge red flag for allergic people.

How Do Five Guys Deal With This?

They do not put anyone at risk. They have huge signs at their windows alerting everyone that peanuts are served inside. So, anyone with an allergy can see it. The signs are obvious and cannot be easily missed.

But someone might still have anaphylactic symptoms even if they don't eat the peanuts and can't get a reaction from just being in the same room as peanuts.

This is because the franchise serves French fries fried in peanut oil! Usually, those with allergies view menus with a "bird's eye" and ask waiters multiple questions but asking what kind of oil is used for frying french fries is farfetched.

Now you know that Five Guys fry their french fries in peanut oil. So if you have nuts allergies, you can decide to steer clear of their fries.

Giving out complimentary peanuts is one of Five Guys' famous selling points, and the fact that it put up large signs to protect those with allergies also protects its business.