Why do hunters make good lovers, you ask? They always go deep in the bush, shoot often, and always eat what they shoot!

Hopefully, we whet your appetite for more. We "scouted" the internet and "bagged" some dirty hunting jokes for you to enjoy and pass on to your buddies! 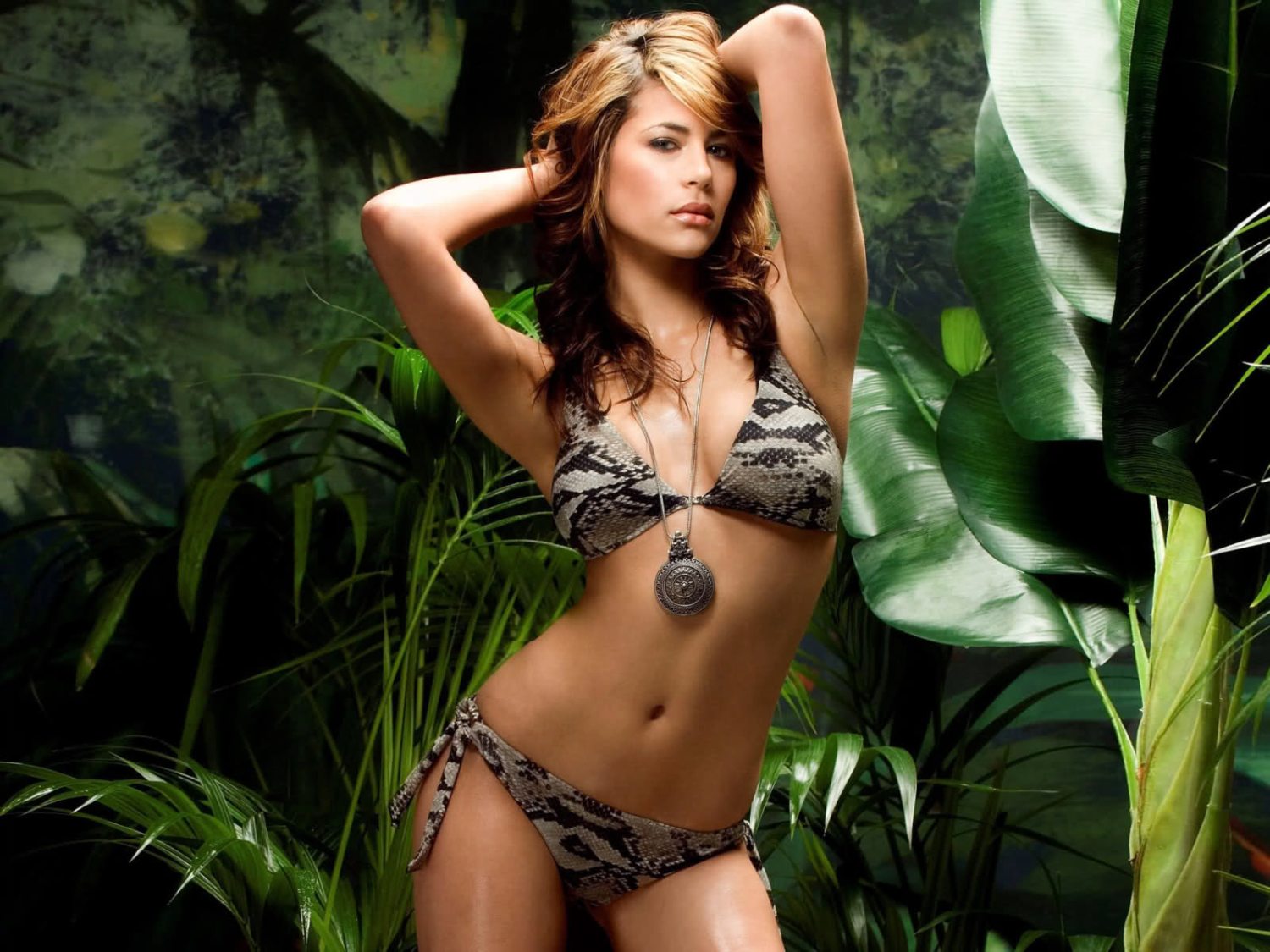 I was deer hunting in the mountains of North Carolina. After about four hours, I shot a nice 400lb buck. While I was hauling the dear back to my truck, I was stopped by the game warden, he wanted to see my hunting permit. I showed him my N.C. permit, after which he proceeded to stick his finger up the deer's asshole.

He pulled his finger out and smelled it. The warden told me that the deer was a Virginia deer, and he wanted to see my Virginia permit. About two months ago, I had hunted in Norfork, Virginia, so I looked through my wallet and showed him my Virginia permit. He was upset because he enjoyed handing out fines to hunters without permits.

About one week later, I was out hunting again on the same property. I was in a tree stand for almost seven hours before I spotted my first deer. I had a clean shot and popped the deer right in the neck. While taking the deer back to my truck, the same perverted warden insisted he was allowed to inspect the deer.

He stuck his finger right up the deer's ass and then smelled and licked his finger. I was about to throw up. He told me the deer was from South Carolina and wanted my S.C. permit. I ran back to my truck and got the S.C. permit out of my glove compartment. This time the warden seemed even more upset than he did the last time. Of course, he could not give me a ticket, and he had to let me go.

I shot three more deer during the rest of the season, and he did the same thing every time. He stuck his finger up the deer's butt and told me I needed a license from Georgia, Alabama, and then West Virginia. I had a permit for every state.

He was so mad when I showed him my permit from West Virginia, I thought he was going to kill me. He said, "Boy, you got a permit for every damn state in the South. Where the hell you from?"

I pulled down my pants, bent over, and told the warden, "Why don't you tell me!" 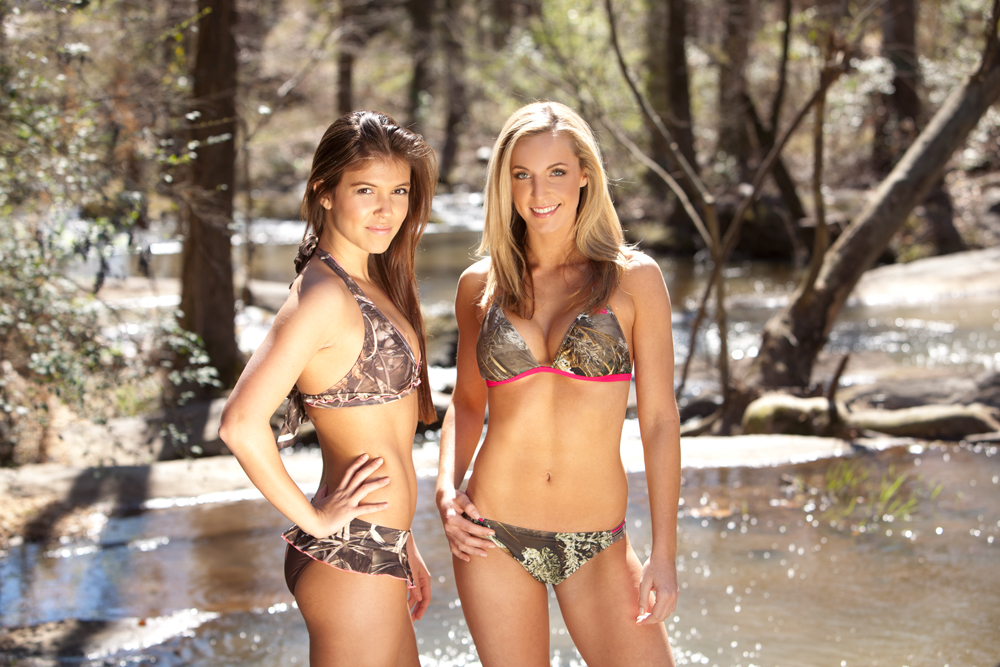 Two hunters get up early one morning to go hunting. They live way out in the country, so all they have to do is walk from the first hunter's house across a field and into the woods to hunt.

But today, the hunting's terrible, the worst they've ever had, so they decide to quit early. They emerge from the woods and start walking across the field to the first hunter's house. The second hunter, playing with his scope, aims his rifle at the first hunter's bedroom window and suddenly stops.

"Hey, did you know your wife's cheatin' on you with that guy who lives across the road from you?"

"WHAT?! I have HAD it with that woman and her cheating! I want you to shoot her in the head, and you shoot him right in his manhood!" 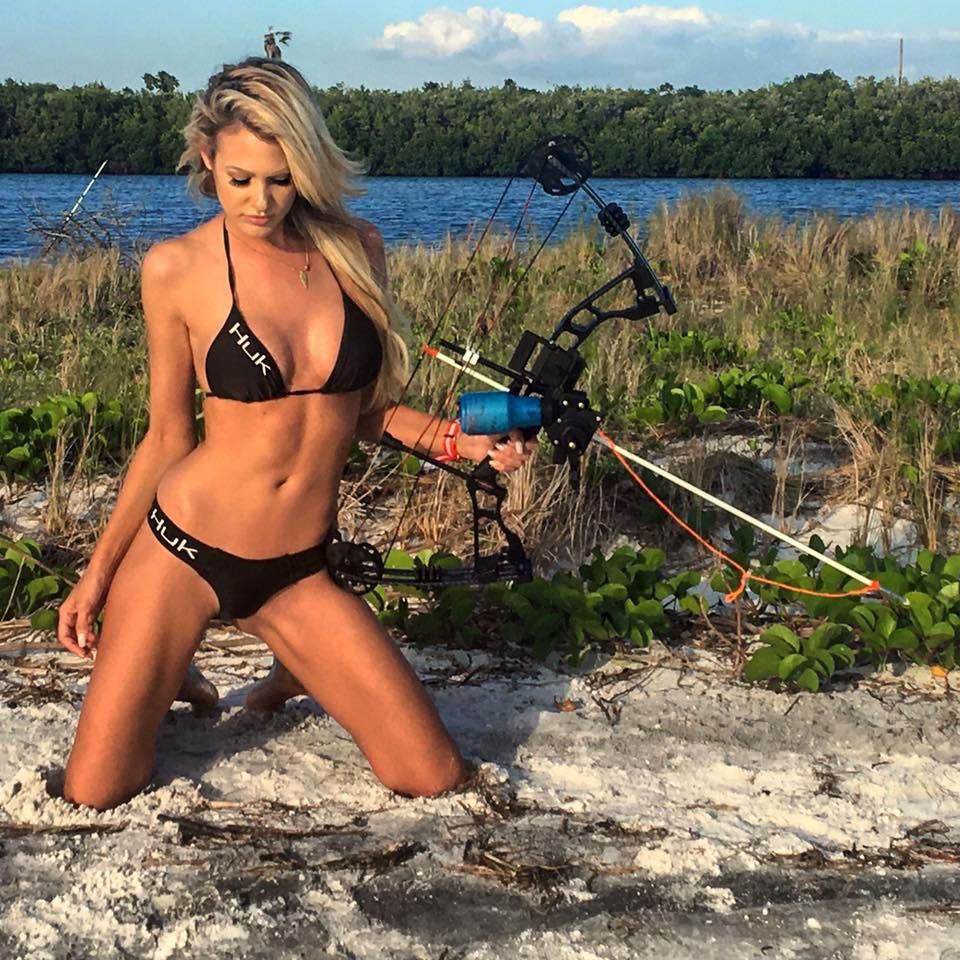 A hunter goes into the woods to hunt a bear. He carries his trusty 22-gauge rifle with him. After a while, he spots a large bear, aims, and fires. When the smoke clears, the bear is gone.

A moment later, the bear taps the hunter on the shoulder and says, "No one shoots at me and gets away with it. You have two choices: I can rip your throat out and eat you, or you can drop your trousers, bend over, and I'll do you in the ass."

The hunter decides that anything is better than death, so he drops his trousers and bends over, and the bear does what he said he would do. After the bear has left, the hunter pulls up his pants again and staggers back into town. He's pretty mad.

He buys a much larger gun and returns to the forest. He sees the same bear, aims, and fires. When the smoke clears, the bear is gone. A moment later, the bear taps the hunter on the shoulder and says, "You know what to do."

Afterward, the hunter pulls up his trousers, crawls back into town, and buys a bazooka. Now he's furious. He returns to the forest, sees the bear, aims, and fires. The force of the bazooka blast knocks him flat on his back. When the smoke clears, the bear is standing over him and says, "You're not doing this for the hunting, are you?" 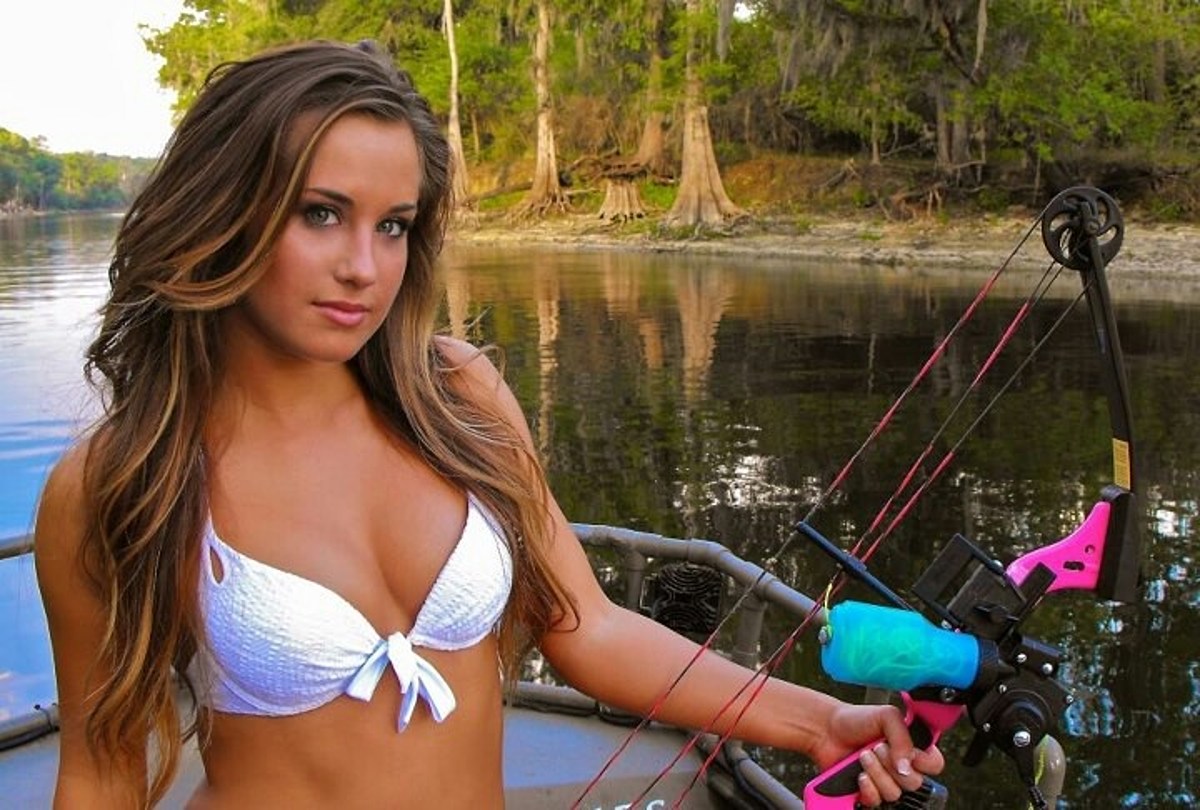 It was Saturday morning and John, an avid hunter, woke up ready to go bag the first deer of the season. He walks down to the kitchen to get a cup of coffee, and to his surprise, he finds his wife, Mary, sitting there, fully dressed in camouflage. John asks her,

"What are you up to?" Mary smiles, "I'm going hunting with you!" Though he has many reservations, John reluctantly decides to take her along. They arrive at the hunting site. John sets his wife safely up in the tree stand and tells her: "If you see a deer, take careful aim on it, and I'll come running back as soon as I hear the shot."

John walks away with a smile on his face knowing that Mary couldn't bag an elephant -- much less a deer. But not 10 minutes pass when he is startled as he hears an array of gunshots. Quickly, John starts running back. As John gets closer to her stand, he hears Mary screaming,

The cowboy, obviously distraught, says, "OK, lady, OK! You can have your deer! Just let me get my saddle off it!"' 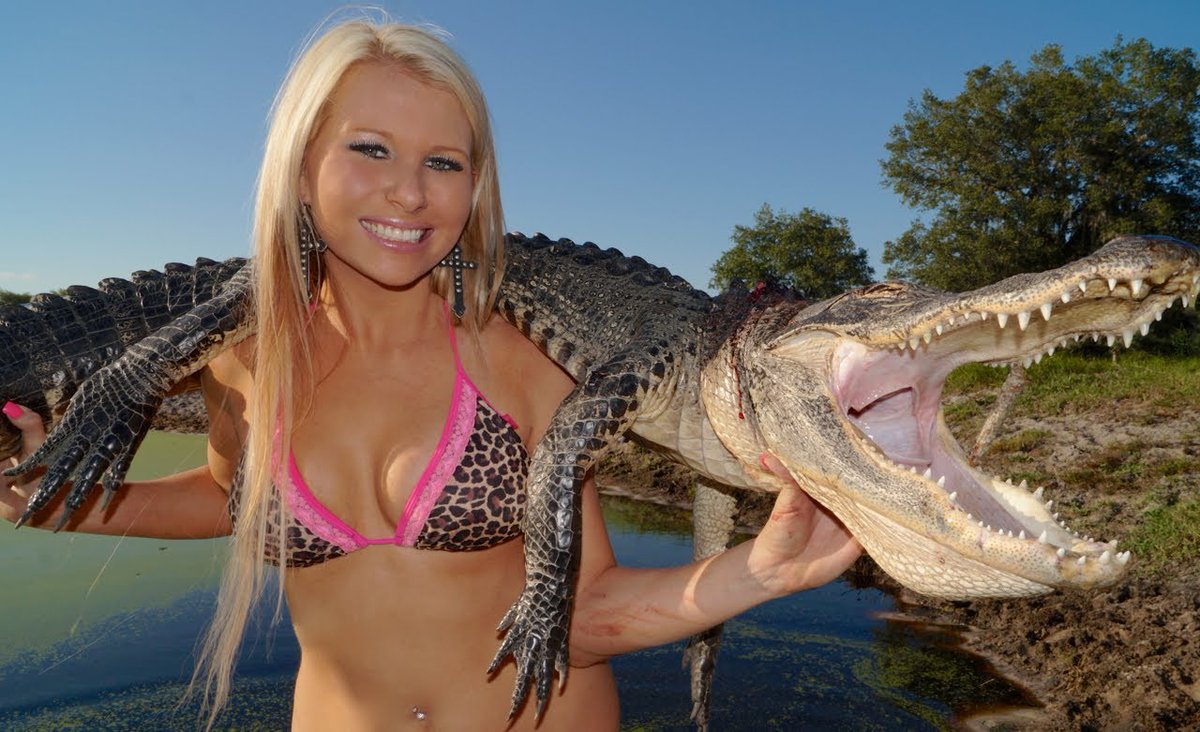 A man kills a deer and takes it home to cook for dinner. Both he and his wife decide that they won't tell the kids what kind of meat it is, but will give them a clue and let them guess.

The kids were eager to know what the meat was on their plates, so they begged their dad for the clue. Well, he said, "It's what mummy calls me sometimes."

The little girl screams to her brother, "Don't eat it, it's an asshole..." 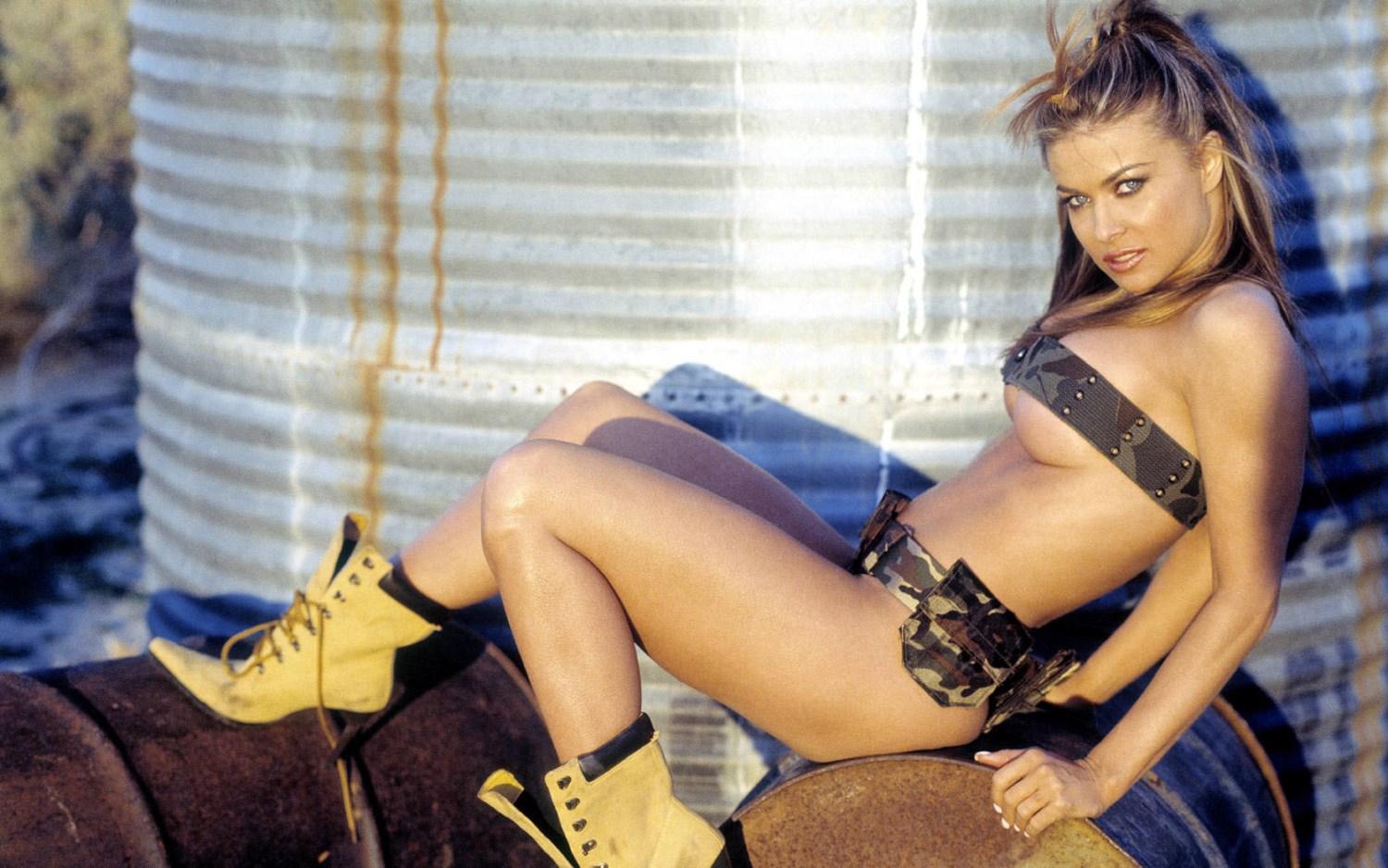 Two hunters went moose hunting every winter without success. Finally, they came up with a foolproof plan. They got a very authentic cow moose costume and learned the mating call of a cow moose. The goal was to hide in the costume, lure the bull, then come out of the costume and shoot the bull.

They set themselves up on the edge of a clearing, put on their costume, and began to give the moose love call. Before long, their call was answered as a bull came crashing out of the forest and into the clearing. When the bull was close enough, the guy in front said,

"OK, let's get out and get him." After a moment that seemed like an eternity, the guy in the back shouted, "The zipper is stuck! What are we going to do!?" The guy in the front says, "Well, I'm going to start nibbling grass, but if I were you, I'd brace myself!" 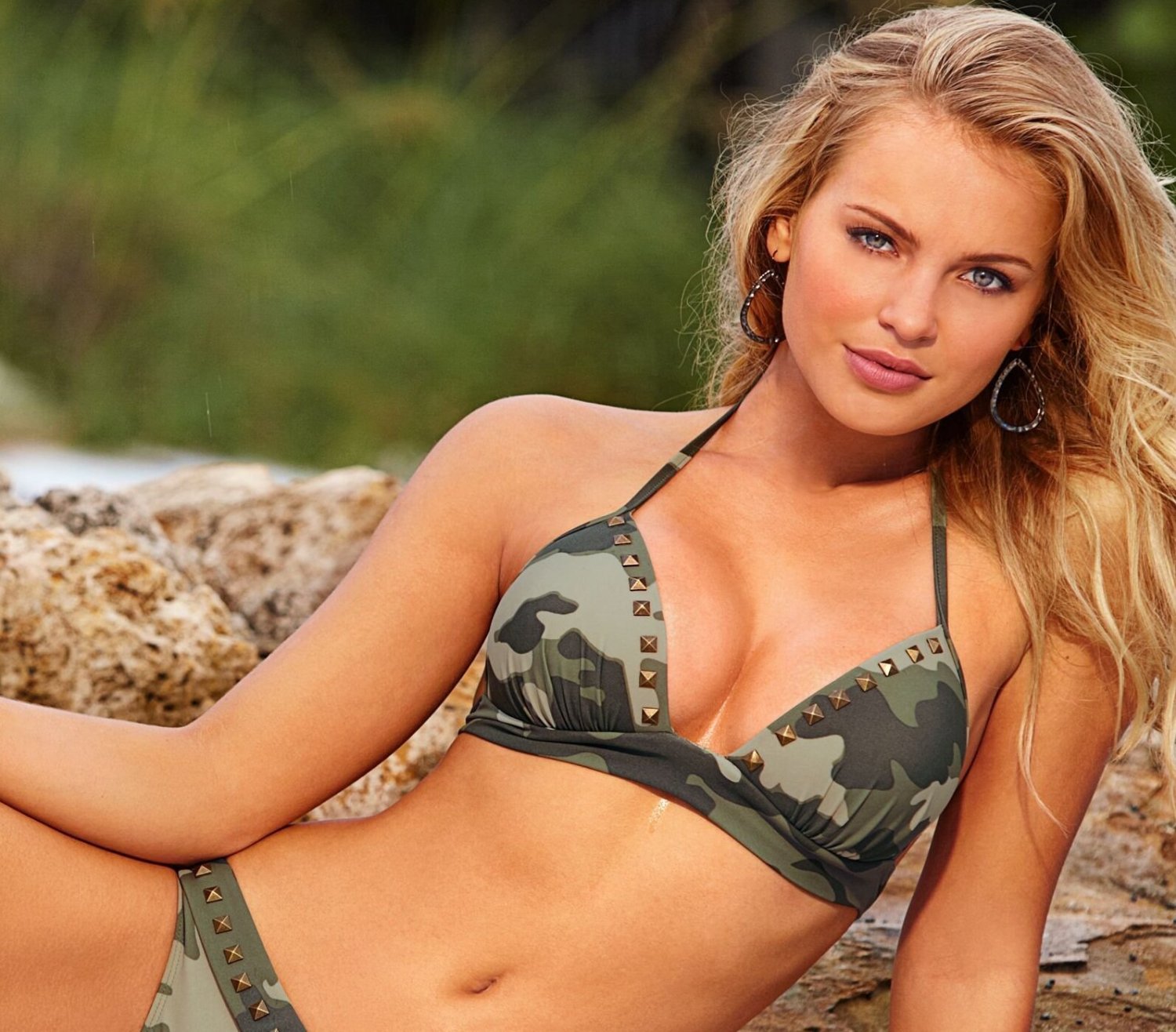 Chester says, "Well, I got him from the breeder up the road. If you want, you can get one from him, too." So Earl goes to the breeder and says he wants a dog like the one his friend Chester has. The breeder obliges, and Earl brings the dog home and tells it to go out and look for ducks.

"Earl, all he was trying to tell you was that there are more fucking ducks out there than you can shake a stick at!" 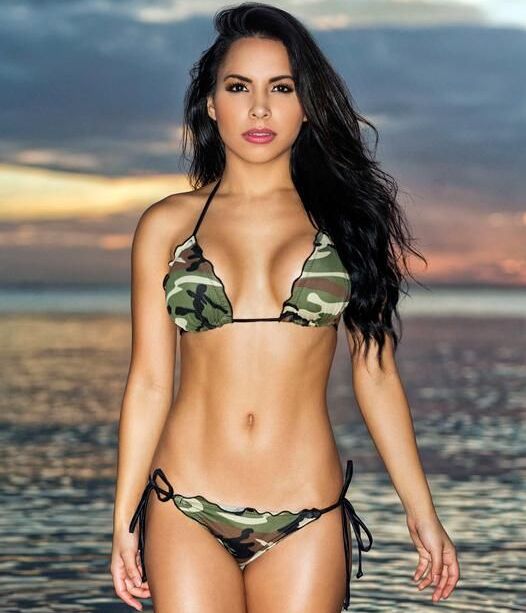 A guy is out hunting. He stops to pee, leans his weapon against a tree, and...just then, a gust of wind blew, the gun fell over and discharged, shooting him in the genitals.

Several hours later, lying in a hospital bed, he was approached by his doctor. "Well, sir, I have some good news and some bad news. The good news is that you are going to be OK. The damage was local to your groin, there was very little internal damage, and we were able to remove all of the buckshot."

"What's the bad news?" asked the hunter. "The bad news is that there was some pretty extensive buckshot damage done to your willy, which left quite a few holes in it. I'm going to have to refer you to my sister."

"Well, I guess that isn't too bad," the hunter replied. "Is your sister a plastic surgeon?" Not exactly," answered the doctor. "She's a flute player in the Boston Symphony Orchestra. She's going to teach you where to put your fingers, so you don't piss in your eye."

The big game hunter walked into the bar and bragged to everyone about his hunting skills. The man was undoubtedly a good shot, and no one could dispute that. But then he said that they could blindfold him, and he would recognize any animal's skin from its feel, and if he could locate the bullet hole, he would even tell them what caliber the bullet was that killed the animal.

The hunter said that he was willing to prove it if they would put up the drinks, and so the bet was on. They blindfolded him carefully and took him to his first animal skin. After feeling it for a few moments, he announced, "Bear." Then he felt the bullet hole and declared, "Shot with a .308 rifle." He was right.

They brought him another skin, one that someone had in their car trunk. He took a bit longer this time and then said, "Elk, Shot with a 7mm Mag rifle. He was right again. Through the night, he proved his skills, again and again, every time against a round of drinks.

Finally, he staggered home, drunk out of his mind, and went to sleep. The following morning he got up and saw in the mirror that he had one hell of a shiner. He said to his wife, "I know I was drunk last night, but not drunk enough to get in a fight and not remember it. Where did I get this black eye?"

His wife angrily replied, "I gave it to you. You got into bed and put your hand down my panties. Then you fiddled around a bit and loudly announced, "Hedgehog, killed with an ax."

A Hunter Shoots a Deer 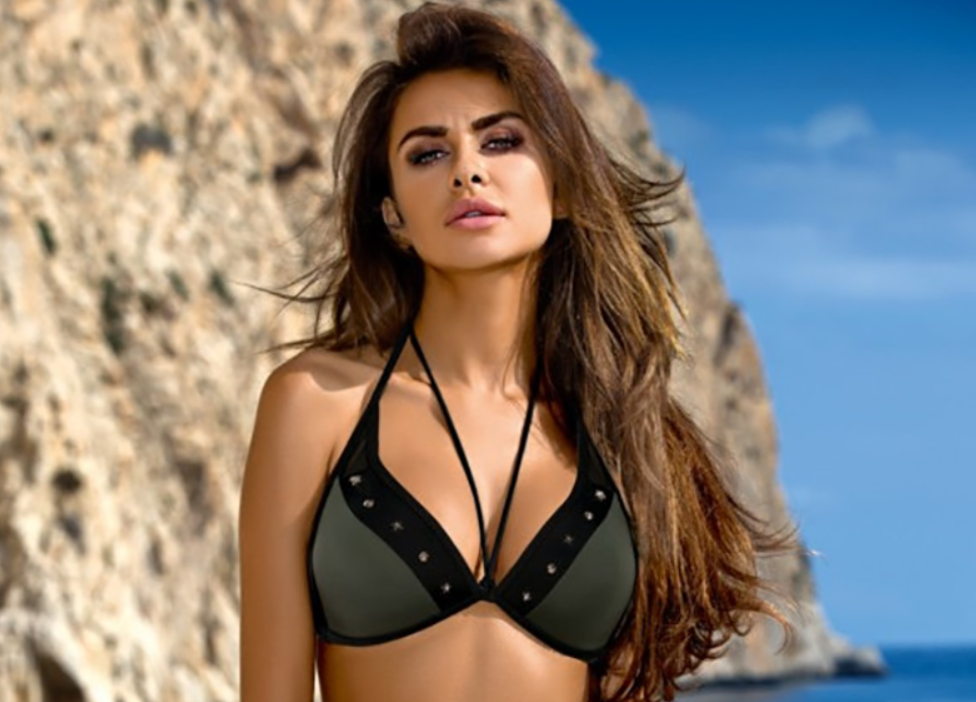 A farmer passes by and says, "Hey, you shot that deer on my property. That makes that deer mine." The hunter says, "No way, I tracked it, I shot it, it's mine."

The farmer says, "OK, OK...we'll settle this the old way." "The old way?" "Yes. We'll take turns kicking each other in the nuts, and the first guy who can't take it anymore loses. The winner gets the deer." The hunter thinks about this and says, "OK, let's do it."

The farmer says, "OK, let me go first." He takes a big wind-up and just nails the hunter right in the nuts with his big dirty farmer boots. The hunter doubles over in pain, huffing and puffing for a few minutes. He finally gets up, still panting, and says, "OK, OK...I'm still in...my turn."

The farmer says, "Nah, you can keep the deer."