Many fans of That '70s Show lamented Topher Grace's unexpected departure from the show, which happened just before the final eighth season. A lot of people have no idea why the actor left the sitcom or what became of him after he left.

The decision was shocking because the show gave Grace and many of his co-stars their very first serious acting gigs.

Topher Grace played the role of Eric Forman in That '70s Show, where he was a major character. He had the role from 1998 to 2005 before he decided to leave before the end of the show.

As Eric, he was relatable and charming, and fans were totally in love with his character. Directors agreed that it was hard finding someone else to fill his shoes after he left.

Why Leave At Such A Critical Time? 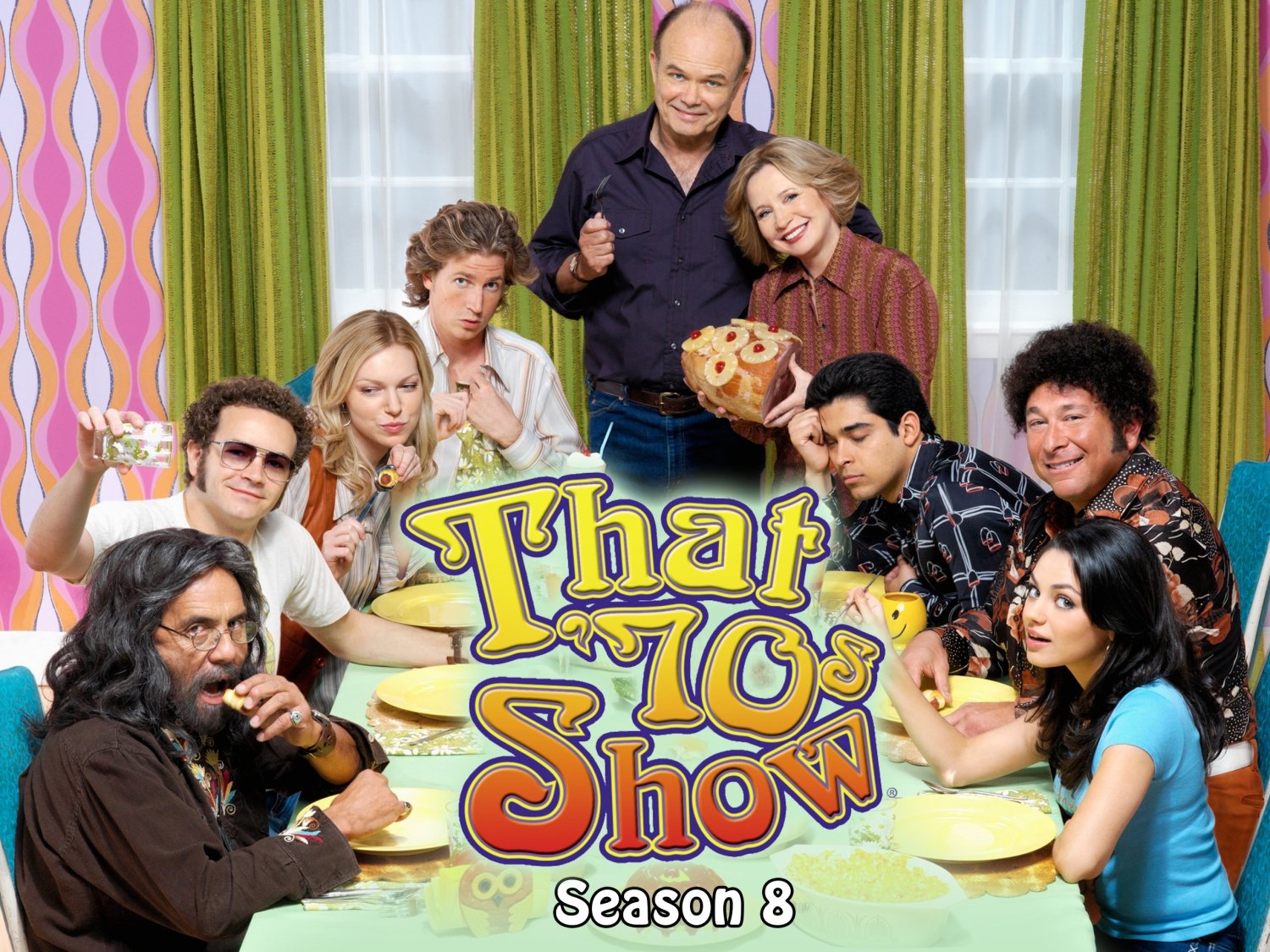 Any fan of the show can agree that Eric helped keep the show going. He was a loyal friend who offered his basement as the major hangout joint for the group.

In fact, the show followed the Forman family, primarily through the eyes of their son Eric (Topher Grace), who was a Star Wars-loving teenager, and his group of friends. The teenagers dealt with relationship drama, school issues, domestic problems, and other things.

However, despite all this, the characters had serious concern for each other.

So, Topher Grace was a geeky character with a major role in the show. That is why his leaving changed it in a big way.

In the show, his character's disappearance was attributed to a year-long teaching commitment in Africa.

The truth, however, was a little different. Grace had quit the show because he had big aspirations of becoming a movie star, and his schedule with That '70s Show was getting in the way.

Topher Grace Wanted To Take A Shot At Acting

While on That '70s Show, Topher Grace started exploring his movie career. He even appeared in Traffic, Ocean's Eleven, and Mona Lisa Smile.

Without a doubt, his departure broke a lot of hearts. Today, he is married to a fellow actress, Ashley Hinshaw, who is best known for her role in About Cherry, a 2012 film, and the series StartUp.

The two are also parents.

That was the main reason behind his decision to leave the show and focus on his budding film career. He said that:

"I looked around at my life and I had just met the woman who is now my wife. I was feeling really confident and good, and it occurred to me that I was really lucky to have been on a sitcom for a lot of years."

In fact, after leaving the show, he got a role as Eddie Brock/Venom in Spider-Man 3. It would take until 2007 for the film to come out, and That '70s Show ended a year later.

Spider-Man 3 became the highest-grossing movie in the franchise for over ten years, until it was dethroned by Spider-Man: Far From Home that came out in 2019.

Sadly, the movie did not advance his film career, with critics arguing that he was miscast. Nevertheless, he gave the role his best effort, although it was said to have been shoehorned into the film to impress the fans.

In the honor of the doors That '70s Show had opened for him, Topher Grace reprised his role as Eric in the show's episode.

Laurie, Eric's sister in the show, also left the show early due to the actress' drinking problem.

Did Topher Leave Because He Wasn't Getting Along With His Costars? 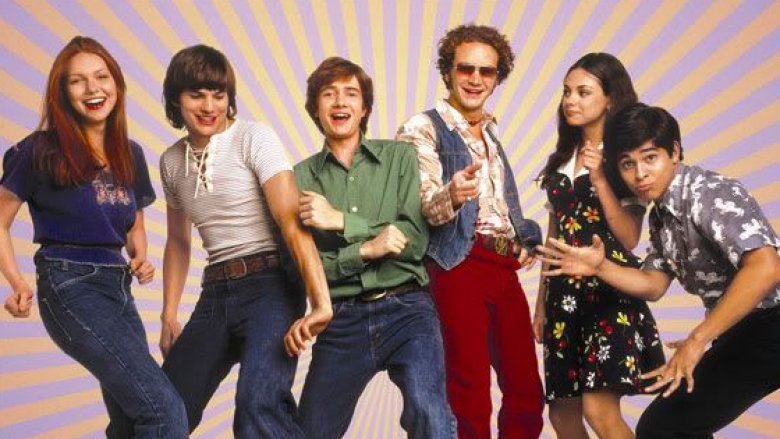 By the time the show ended, Grace was still relegated to minor film roles hardly worth the sacrifice he had made.

So, Grace had a substantial net worth by the time he left the show since he was making between $6 and $8 million per season.

Fortunately, this gamble paid off eventually.

However, it is clear the show would not have interfered with his acting ambitions even if he had waited until its conclusion. Then again, this might not have mattered as much since it was also rumored that the star was not getting on particularly well with the rest of the That '70s Show characters.

This might be reflected by the fact that he was the only member of the cast not to appear in Ashton Kutcher's Punk'd, proving that the show's cast got along except for him. Apparently, Topher was not very happy with the fact that the storyline was straying further from his character, Eric.

Did He Make The Right Call? 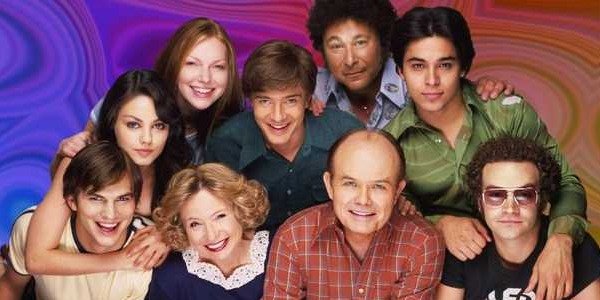 People have always wondered if Grace made the right choice by leaving the show to pursue a film career. After all, his success in Hollywood as a film star was not as great as that of fellow costars, Ashton Kutcher and Mila Kunis.

Fortunately, he did land notable film roles while still part of the show. That might have played a role in persuading him to leave.

To be honest, given the film roles Grace has enjoyed since leaving That '70s Show, his decision has paid off.

However, fans will always remember and cherish the role he played as Eric Forman, and many will continue to wish he had stuck around for one final season before throwing himself fully into his acting career.

Hopefully, one day, the actors will come together and give us another groovy That '70s Show reunion. In a previous interview, the actor said:

"I would do [a reunion] for sure because that was a very wonderful time for us."

However, he also added:

"I don't think it will happen. It would be so hard to bring that crew together."

Topher Grace gained a lot from That '70s Show.

In addition to getting the exposure that allowed him to break into the film industry, he also made the money to help him hold out for quality film projects.

Over the past few years, Grace has landed a lot of big film roles.

Did Topher Have Anything To Do With The Show's End?

Even before the show's last season and Topher's departure, Fox was already under pressure to give other shows a priority. For one, American Idol was topping in the ratings, and the second season of House, the popular medical drama, was doing very well.

On top of that, the growing popularity of animated series like Family Guy, The Simpsons, and King of the Hill forced Fox to retire some of its older shows like That '70s Show.

In fact, the show was moved to 8 PM on Thursday, and the competition it faced in this time slot still made it a candidate for cancellation.

In other words, it was time to wrap things up. So, Topher did not singlehandedly cause its end.

The first and the second season of the show did quite well and viewers were quite invested in it. At this point, the show was attracting more than 11 million households.

The final season only reached 7 million households. At that point, many fans had apparently just moved on, and to be honest, there was not much left to tell by this point. 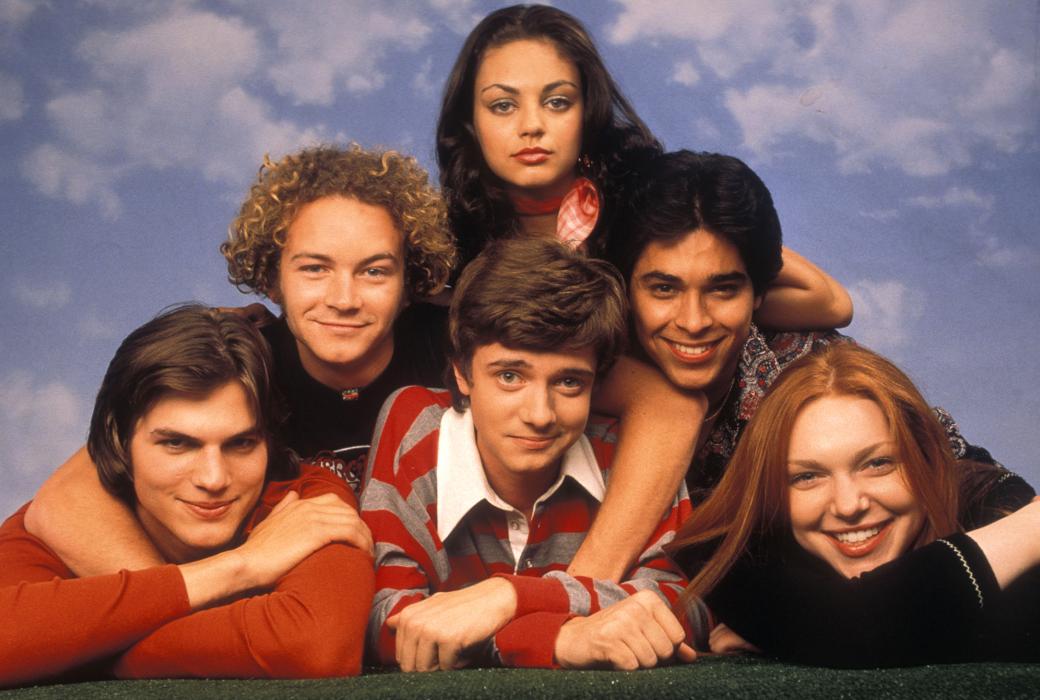 Many people think that Grace's decision to leave the show was ill-timed and that it directly caused an untimely end to the series.

Rumors are that the show was about to end anyway, and it would have been nice for Grace to stick around rather than come back for a cameo during the final episode.

Fans were quite dismayed when the show was canceled, although they saw the beginning of its end with Topher's departure. On top of that, the cast was getting too old for the teenage roles they were playing.

The Netflix And Hulu Rebirth 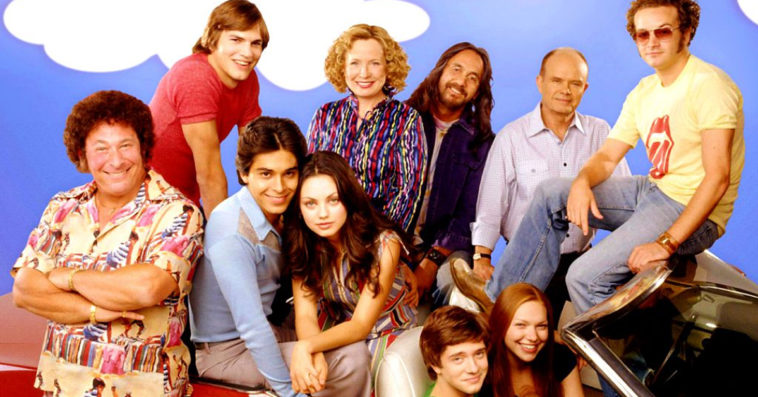 Recently, That 70s Show has seen a rebirth with the introduction of streaming services such as Netflix and Hulu. In case you are wondering why they took That '70s Show off Netflix, it was because the streaming service did not renew its licensing deal for the show.

So, to sum up, Topher Grace left That 70s Show to pursue his film career, although his weak relationship with his co-stars might have also played a role in this decision.