Papa Legba is one of the most important spirits from the ranks of the so-called Rada-family of spirits in the Voodoo religion. We can surely say that he represents a kind of mediator between the human (material) and spiritual world. Thus, the presence of Legba is necessary during every ritual.

To put it in simpler terms, Papa Legba stands at the crossroads of the worlds and issues permission, or prohibition, to people to invoke the desired deity. It is believed that this spirit is an excellent connoisseur of all languages ​​in this world, so it is in charge of every type of communication, speech, and thinking.

Papa Legba is commonly associated with dogs and is believed to love offerings like candy, tobacco, or alcohol. Followers of Legba often imagine him as an old, fragile man with a cane in his hands. However, it is interesting to mention that Legba can be encountered in the form of a small naughty child, especially in Haiti. 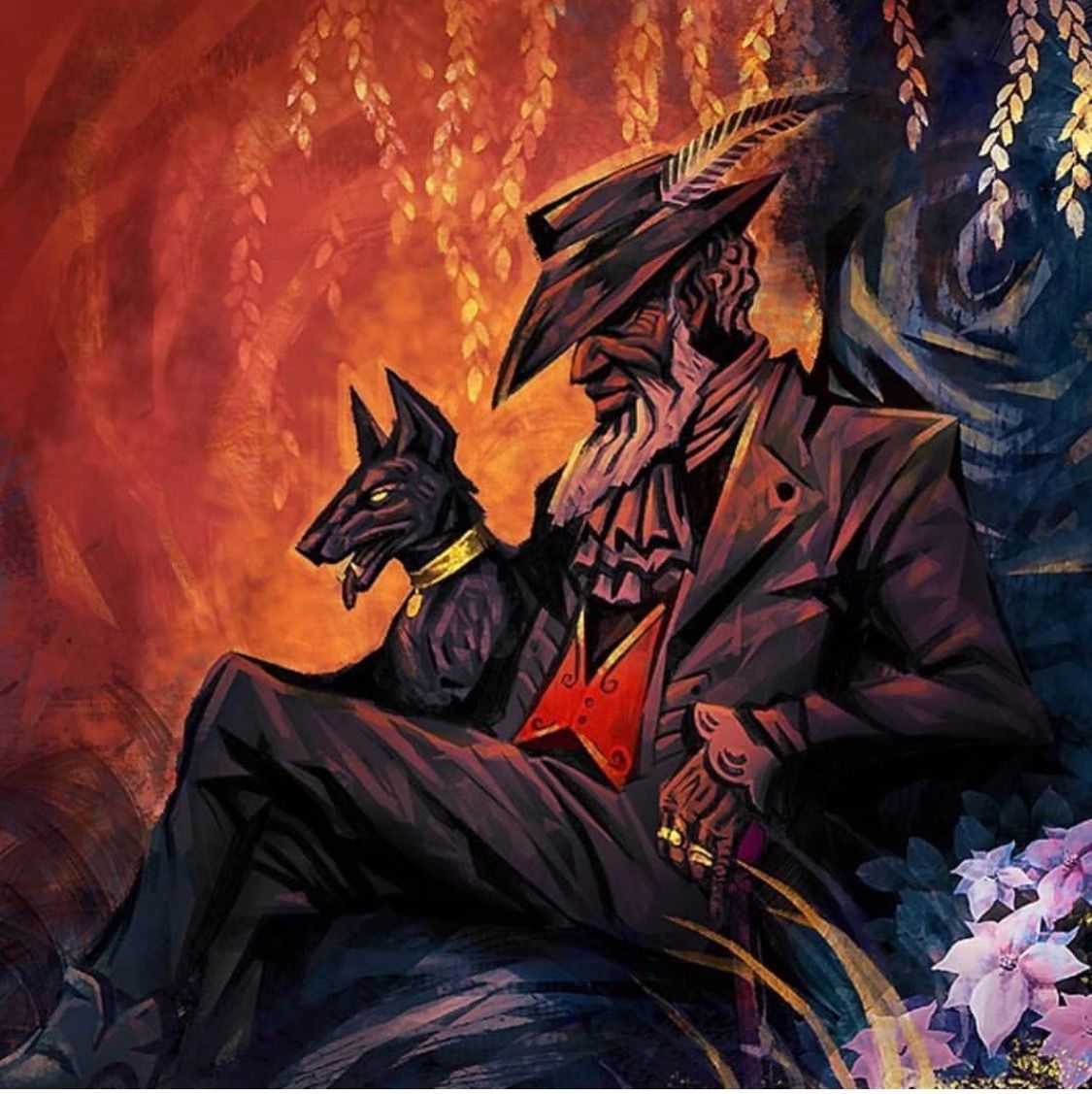 If you would like to start any summoning ceremony with the intention of asking for the help of any spirit, you would first have to turn to Papa Legba. Only when he assesses that it is possible to step into that world - the ceremony could begin.

Simply put, this spirit holds the key to opening the gates of that magical world. During the ritual itself, it is in charge of overseeing the process of communication between ordinary mortals and voodoo gods.

The legend of Papa Legba originated with the Fon people of Dahomey in Africa. Since many Africans were captured and brought to North America to be used as slaves, they brought with them their spiritual beliefs and practices. At first, these had to be kept hidden from their slave masters. One of their gods and spirits was the Good God of Bondye, the being that created the world. His children were the loa and came from different families, including the Petro, Ghede, and Radha. 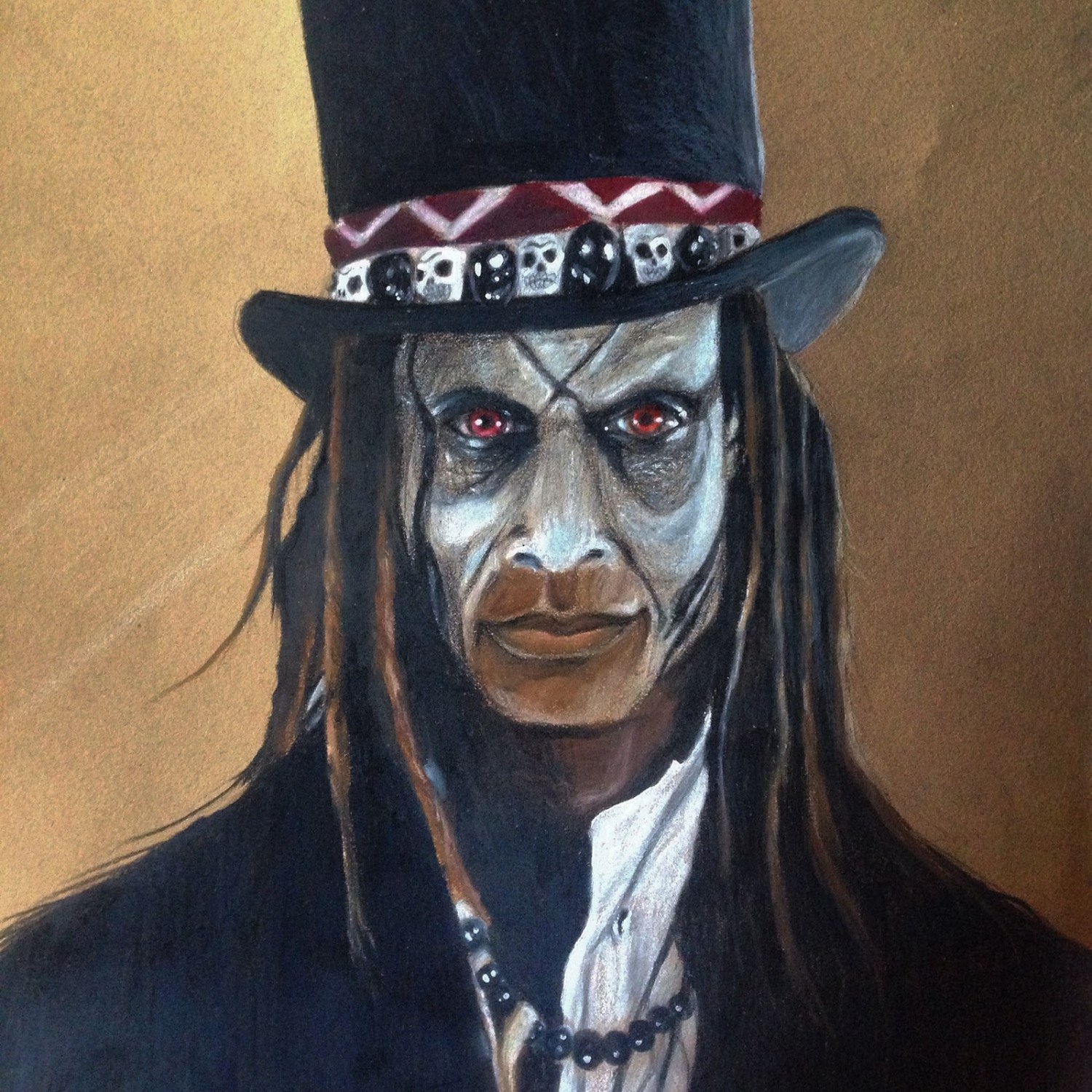 As in every religion, there had to be a spirit that was the opposite of the creator and someone who stood between the two worlds. Legba is known as the gatekeeper between worlds. Through him, the people reached the loa and ultimately Bondye. He held power to allow communication with the spirit world.

He was known to give the gift of language but also as a protector of children, a fertility god, and a warrior. Legba also taught humans how to interpret oracles and is known to protect prophets.

Here are the roles and titles associated with Papa Legba:

The Trickster of Divinity

The Warrior of Justice and Truth

When life gets tough, and you are unable to cope up with the situation, you would go to petition Papa Legba. But, be warned, his services are not free, and sometimes the payment he asks for is simply too much.

The Appearance Of Papa Legba 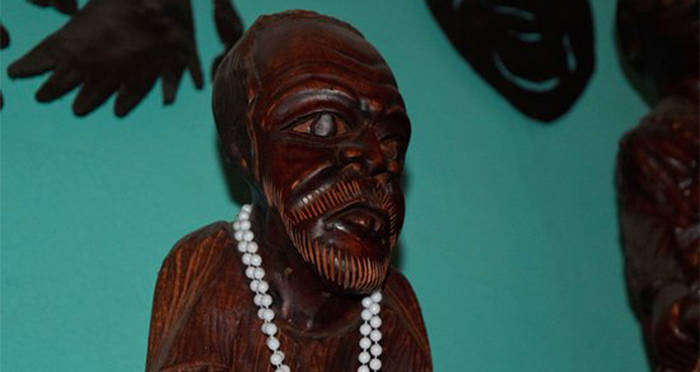 As we said, Papa Legba is either seen as an old man or as a little boy. This dual form serves to emphasize his clarity and speed, but also his unpredictable behavior. While he is a resourceful deceiver, he is also a reader of messages sent by destiny. Legba is actually at the same time a rebellious boy but also a wise old man. Due to this, he is the main hero of many legends that say that he stole the secrets of the gods and shared them with ordinary mortals.

In some versions of the story, this is Papa Legba, while in some, this is the Devil. The colors that are associated with Papa Legba are black and red. Since the early 20th century, he has been referred to in the blue tunes from the Mississippi Delta and otherwise in blues music. Even the very well-known bluesman Robert Johnson believed to have met the holy spirit on the crossroads, who offered his soul for the musical success.

Papa Legba has excellent hearing. He understands and speaks all the languages ​​of this world, and this makes him a kind of translator who communicates the wishes and problems of people to the gods. At the same time, he takes care to convey the feedback and demands of the spirits. Every ceremony can only be completed when the blessing of Legba is received. 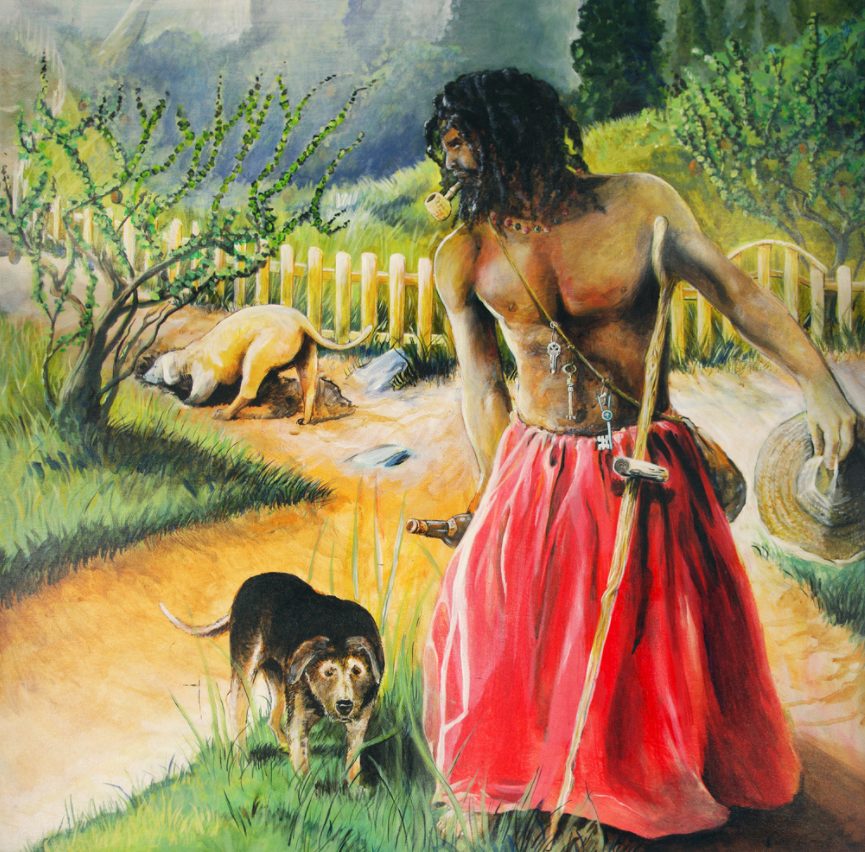 The basis of the Papa Legba symbol itself is the cross. This represents a clear connection with the crossroads of the worlds and the unbreakable bond that must exist between them. The very sight of Papa Legba's veils additionally associates us with a gate, or a fence, which perfectly corresponds to his role of guardian. That is why it is not surprising that Saint Peter is his counterpart in Christianity.

A day in the week that is dedicated to Papa Legba is Thursday. Animals that are often associated with this Voodoo figure are dogs and red roosters. It is said that his favorite colors are yellow, purple, and red. However, black and red stripes are also associated with his image.

The offers and gifts left in his honor are quite modest and most often include a roasted singer, bananas, sweet potatoes, strong black coffee without sugar, rum, as well as cigarettes. There are not a lot of ways of summoning Legba. They are ancient traditions with specific rules that must be strictly obeyed.

It is believed that people from African and Hoodoo traditions have developed a special connection via complete devotion and appropriate offerings to the spirits, as mentioned above.

There are a lot of figures in other religions and beliefs that are counterparts to Papa Legba:

Since St. Peter is considered to be the gatekeeper to heaven, it is not difficult to see why Papa Legba might be associated with him. Others relate him to St. Antony or St. Lazarus, who is considered the lame beggar or the donor saint of lost belongings. 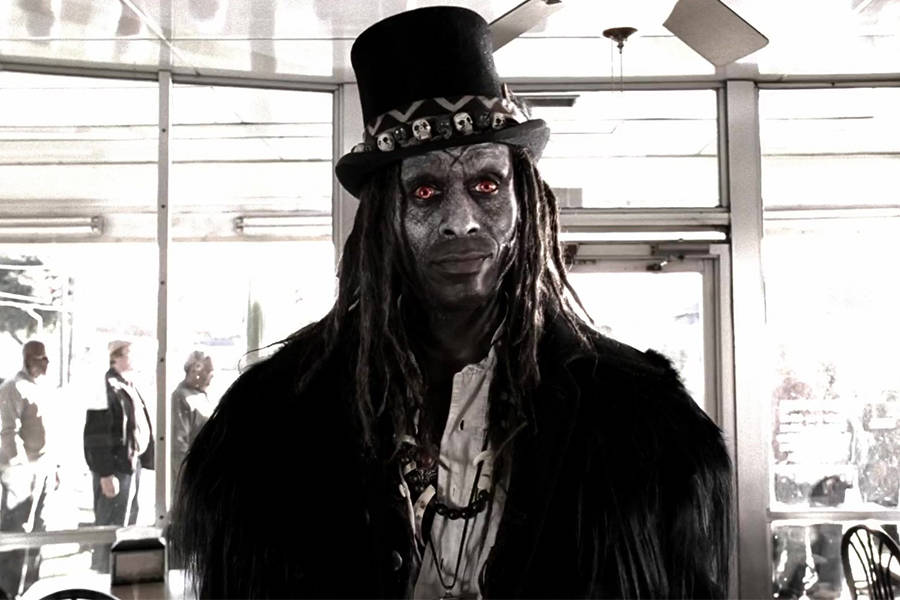 Papa Legba is a popular character to be featured in books, music, and movies. He appears in a lot of popular media in the early 20th century and so on. For example, there is a brief reference to Papa Legba in Neil Gaiman's American Gods.

In an episode of the TV series Miami Vice, there is a malign Voodoo priest named Papa Legba. In this episode, Papa Legba is depicted as controlling the gateway to the spiritual world (through the use of drugs), walking with the aid of crutches, and smoking a pipe.

Papa Legba also made an appearance in Marvel. Once, he was invoked by the Marvel Comics character Brother Voodoo for support. In this version of Papa Legba's character, he is referred to as That Which Stands at the Crossroads.

In a similar version, he appears in the television series Cloak & Dagger. While he states that Papa Legba is one of his names, he also claims to be synonymous with Saint Peter. This is one of the connections that is made between this Voodoo figure and Catholicism.

Also, in the 2016 novel Return of the Hunters by Sonya Bateman, Papa Legba is worshipped by the Duchene family. His followers have a centipede attached to their spines which learns everything the host learns. When the host dies, it returns to Legba with the knowledge and the soul of the follower.