If you had your eye on a white dog, it's only appropriate to find it a good, unique name. White dog names can be inspired by the weather, fairytales, and even some of your favorite artists or art pieces.

There's plenty of pedigree white dogs, as well as many crossbreeds. Among the most popular are white poodles, Maltesers, Samoyeds, and Pomeranians.

There are white golden retrievers, dalmatians, so it's pretty safe to say that most breeds have their white representatives. Similarly, crossbreeds also come in all shapes, sizes, and colors, so whether you're taking home a puppy or giving a home to a shelter white senior, finding the correct name is both intriguing and even a bit exhausting.

Why Choosing The Right Name For Your White Dog Matter?

Your future dog's stuck with that name for the rest of its dog life. To make things easier for your puppy, chose something short and snappy. Or, you can always use a nickname, but if you already own a pet, the name should not be anywhere near similar.

Also, you want to stay away from names that sound like something your dog' learning to do. Naming your dog Walkie would create complete confusion. Luckily, there are many various names, some super cool, others more traditional.

Whatever name you choose for your white puppy, it's vital for you to find it likable because if your tone is lovable, the dog will be more eager to please you and to teach proper commands. 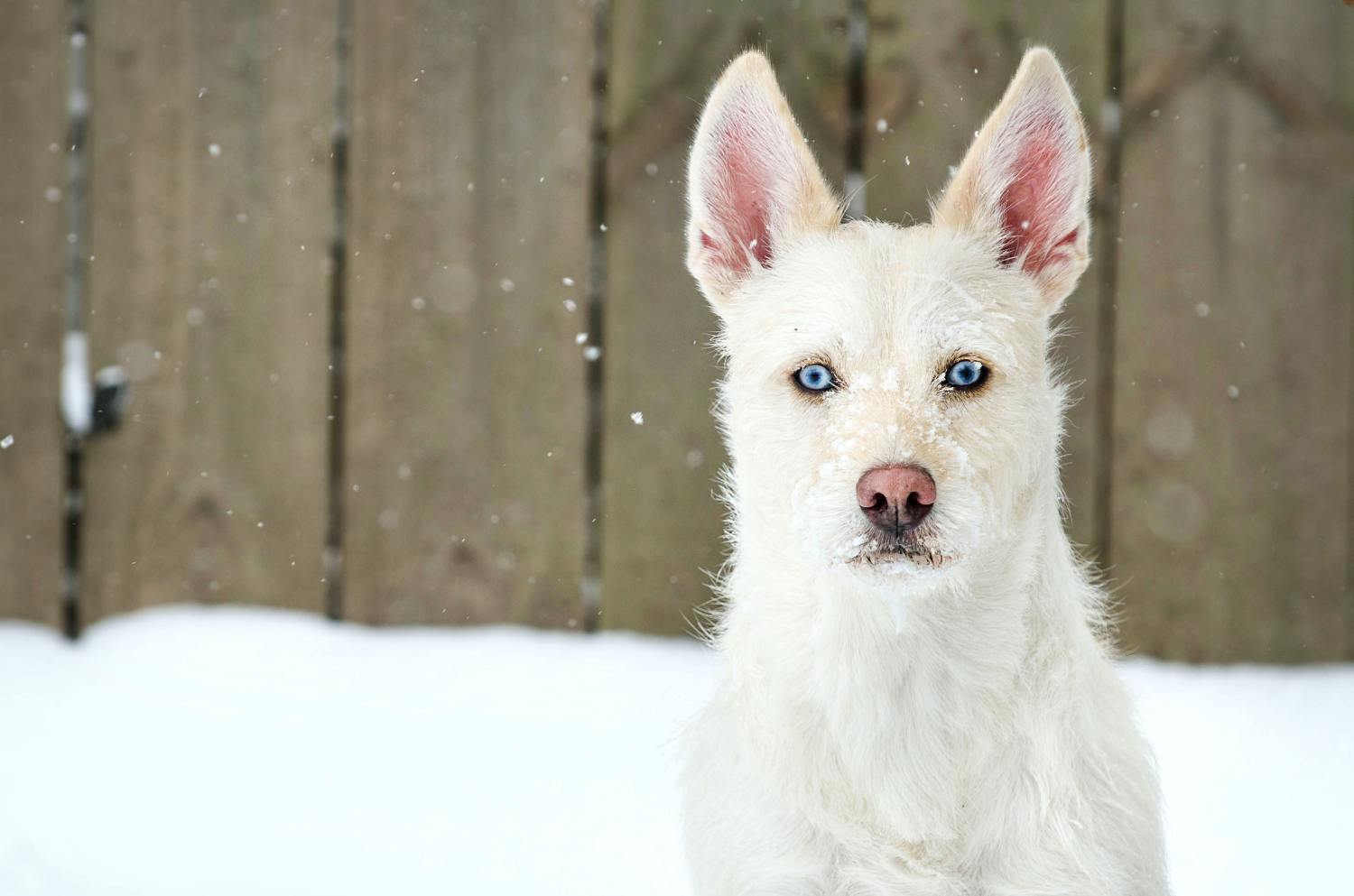 From white clouds to snow mountains, there are many great ideas on how to name your puppy with the little help of the weather.

Some cool weather inspired names include:

If you chose to be a pawrent of a white female dog, you can play with various foreign words or even use geography for inspiration.

Bella – it means pretty, but it also means white

Beluga – a type of white whale

Fluffy or Fluff – works for both genders

If your white dog is male, there are plenty of really cool and short names. Your only job is to pick, which is nearly impossible once you realize how many unusual names we found for your new best friend.

Casper – after the ghost character

Vanilla - works for both female and male dogs 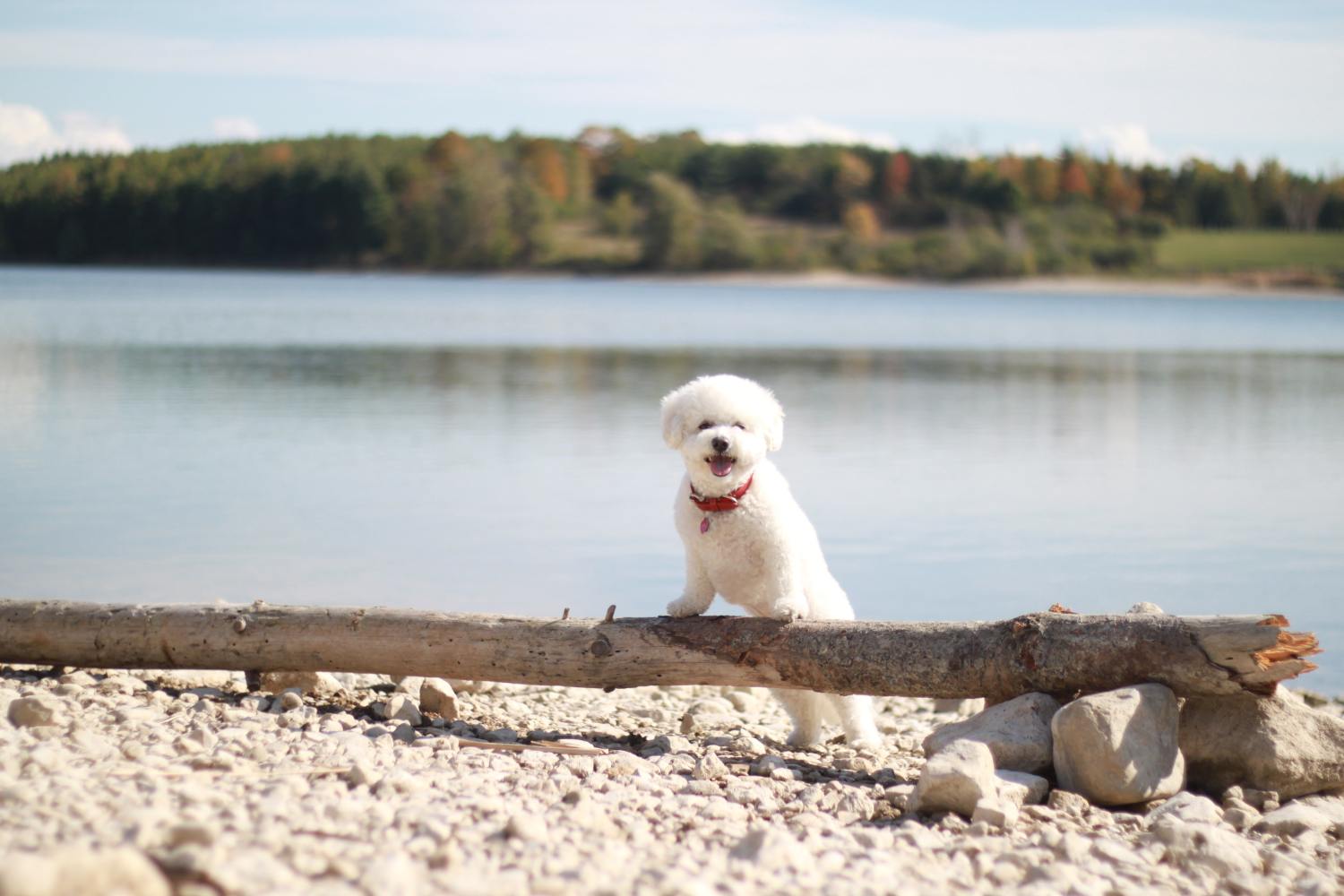 Now, you don't want to go with a trendy or well-known name. Imagine playing calling out your puppy in the park, and ten others show up.

Additionally, if your dog will be part of #dogstagram, it's better to come up with an amusing name, so your puppy gets even more love and new buddies from all over the world.

Here's a list of unique white dog names to help your pooch stand out in the crowd:

Sirius - after the white dwarf star

Luna - moon in Spanish and Italian

Making a reference to pop culture or picking your beloved TV character will certainly be a good choice of name for your beloved new friend.

Though these aren't names for white dogs only, you can still use them.

Once your dog is fully trained, we bet you'll constantly be coming up with nicknames, and by the tone of your voice, your sharp and smart buddy will know what to do.

David Bowie was called a Thin White Duke. If you're a Bowie fan, that's a great, simple name for your new dog.

If you want a proper tribute to a Hollywood superstar dog, Darla is the perfect name. The puppy named Darla starred in Silence of Lambs, The Burbs, Batman Returns, and Pee Wee's Big Adventure.

Bolt is a dog from an animated movie by the same name. It's short, sweet, and might just be perfect for your little white friend.

Sandy from Annie wasn't all white, so if your canine's on the white-ish or off-white side, this name might be just the perfect fit.

The same can be said about the same Uggie. A dog by this name stole our hearts in a critically acclaimed The Artist.

We cannot forget Baxter, who was the star of a hit comedy Anchorman: The Legend of Ron Burgundy.

Fashionistas could call their new pet Karl as an homage to late Karl Lagerfeld's white hair. Similarly, you can use any celebrity you love and name your dog after them, especially if they have white/silver hair.

The Beatles fans, here's an idea for you: your favorite band had The White Album. So, naming your white dog Ringo is a great tribute. Yes, you can use other members, but Ringo has a nice ring to it.

Naming Your Dog Is Just A Tiny Step

Eventually, you want a name that you like. That's it.

Naming your puppy is quite simple, yet it means so much. But the real work starts when your new BFF comes home.

Whether it's a baby or adopting an adult dog, prepare yourself. Each step will be frustrating, annoying, and you'll feel like your dog doesn't get a single thing. Yet, all will change in a matter of weeks and almost overnight.

Naming your puppy Jimmy Chew seems only appropriate since you're going to lose a lot of shoes, even furniture pieces. But, you'll create a bond that's beyond words. Every walk will be a new adventure, and despite that, you know that dogs live short. You'll have a blast.

If you're adopting a dog, give them time to adjust. Some were so badly abused that they need to relearn how to trust a person. Be gentle yet firm. Dogs love unconditionally, but they also love to have a healthy routine and boundaries.

Will your white dog be named Snowy or Snoopy? That's up to you. But we do hope that one of the names listed spoke to you and that you and your new bestie will have a blast!