White Claw adds an exciting surprise for its fans. Three new fan-demanded flavors of hard seltzers that we are going to enjoy – lemon, watermelon, and tangerine.

White Claw beverages are made of a refreshing blend of seltzer water and a tasty fruity aroma. With a gluten-free alcohol base, it is a favorite choice for long summer nights or lazy afternoons.

And with these three new choices, the enjoyment will be complete.

What Does The Best-Selling Hard Seltzer Have New To Offer?

Fans had been waiting for new spiked tastes for seemingly forever, and they have finally reached the shelves. The three new flavors will bring excitement with every new sip.

Refreshing lemon, sweet and red watermelon, and an excitingly sweet and sour tangerine are finally here.

White Claw seltzers are sold in a variety pack of 12 cans, bringing all the flavors together. These packs are essential for hard seltzer since the true fan wants to try all the kicks.

With this appealing variety pack, the fun is about to start with a surprisingly tasty new fan-demanded flavors. 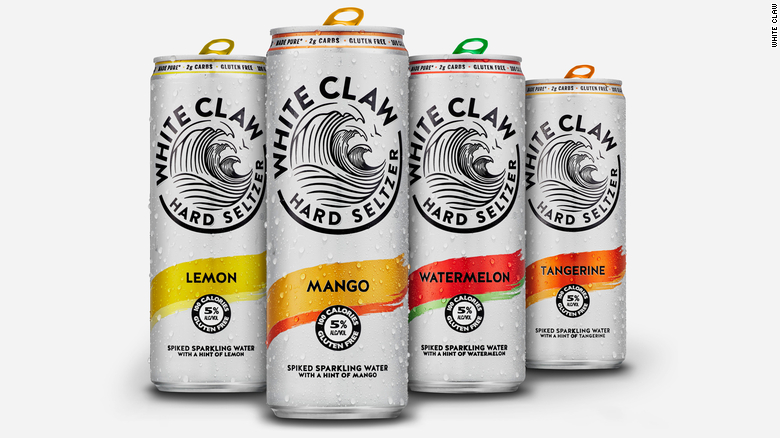 Although many would expect lemon bitterness, this White Claw hard seltzer taste brings a subtle lemony drive. It still has a cooling effect of water with fresh lemon juice squeezed in it.

This energizing canned experience becomes a favorite choice for any occasion.

What is the most loved fruit during the summer? It is undoubtedly a watermelon.

The luscious red flesh with its sweet juice coming down your chin is transferred in a new hard-seltzer taste. The watermelon taste will prolong the relaxed afternoon enjoyment into a light and appealing evening.

Do you know that memorable smell when pilling tangerine? It brings water to your mouth, right? This White Claw water gives out the exact experience without it being too sugary.

It is an excellent choice for any time of the day because it is so gratifying and exhilaratingly fresh.

This fast-selling, gluten-free beverage becomes the primary choice for those enjoying a refreshing taste with a bit of alcohol. That is the reason why many choose White Claw over beer or wine.

These ready-made cocktails topped with ice cubes take over every other beverage's popularity.

Who Are The Biggest Fans Of White Claw?

The biggest fans of this spiked refreshing water are both men and women. White Claw with these new three flavors will undoubtedly attract the biggest fans aged between 21 and 40.

Even the elders will try it out as a refreshing afternoon choice.

Which White Claw Hard-Seltzer Water Is The Best?

Choosing over the earlier released tastes and the three new ones, packed in a variety pack, is almost a mission impossible. Every flavor has its own peculiarity, which attracts most of its true fans.

Try them all for experiencing the revitalizing effect they will have on you.