So I recently lost my boyfriend and decided to get into gardening. I went to Home Depot, got all the necessary tools, and got to work immediately.

And now that a few months have gone by, I can say with complete confidence that no one is going to find that body.

If you thought that was a bit mulch, "herb" your enthusiasm because it's "thyme" for more gardening laughs that might have you soiling your pants!

Peeing on My Flowers 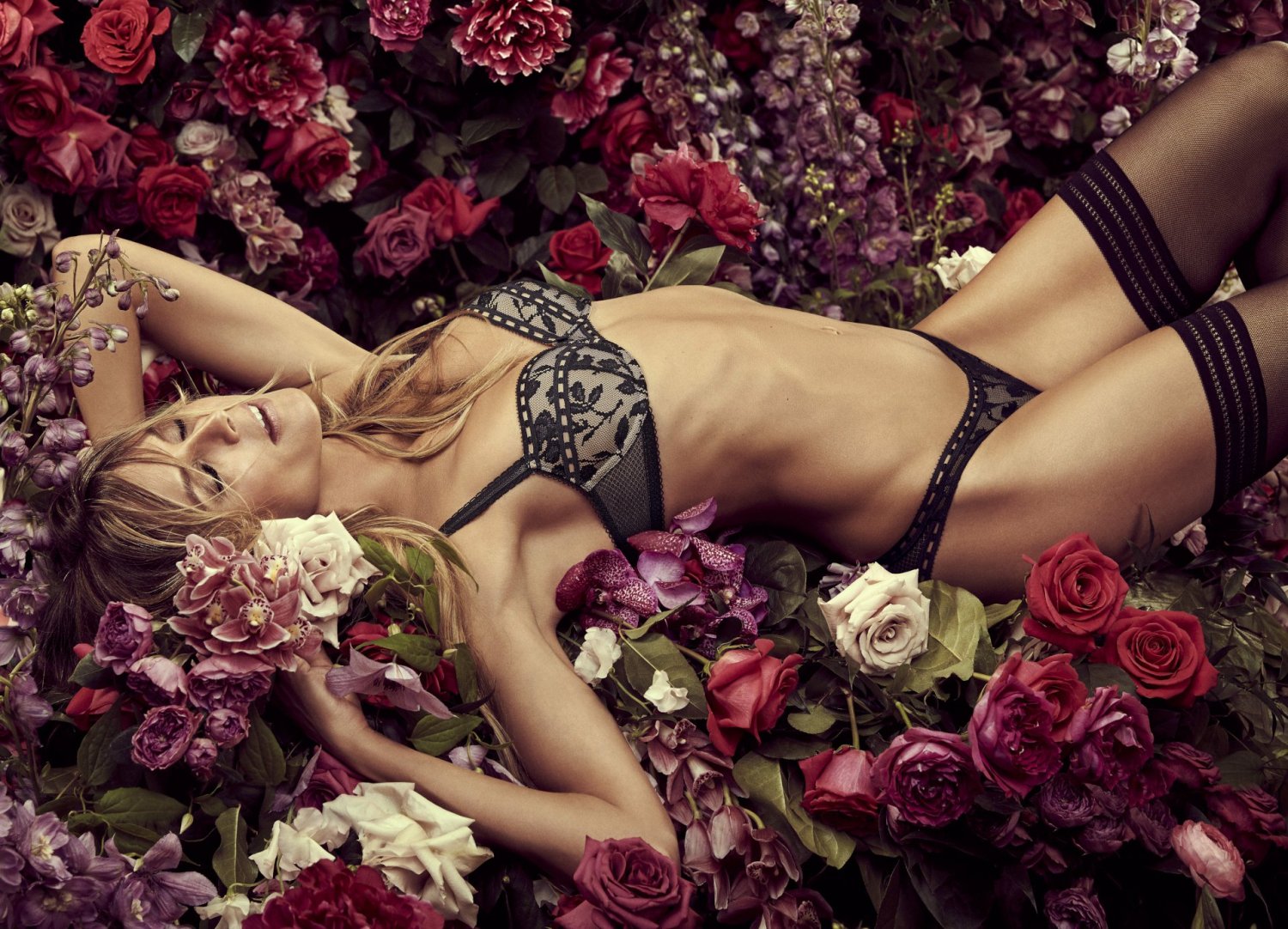 A little old lady was walking down the street dragging two large plastic garbage bags behind her. One of the bags was ripped, and every once in a while, a $20 bill fell out onto the sidewalk.

Noticing this, a policeman stopped her and said, "Ma'am, there are $20 bills falling out of that bag."

"Oh, really? Darn it!" said the little old lady. "I'd better go back and see if I can find them. Thanks for telling me, Officer."

"Oh, no, no," said the old lady. "You see, my backyard is right next to a Golf course. A lot of Golfers come and pee through a knot hole in my fence, right into my flower garden. It used to really tick me off. Kills the flowers, you know. Then I thought, 'why not make the best of it?' So, now, I stand behind the fence by the knot hole, real quiet, with my hedge clippers. Every time some guy sticks his thing through my fence, I surprise him, grab hold of it and say, 'OK, buddy! Give me $20 or off it comes!' 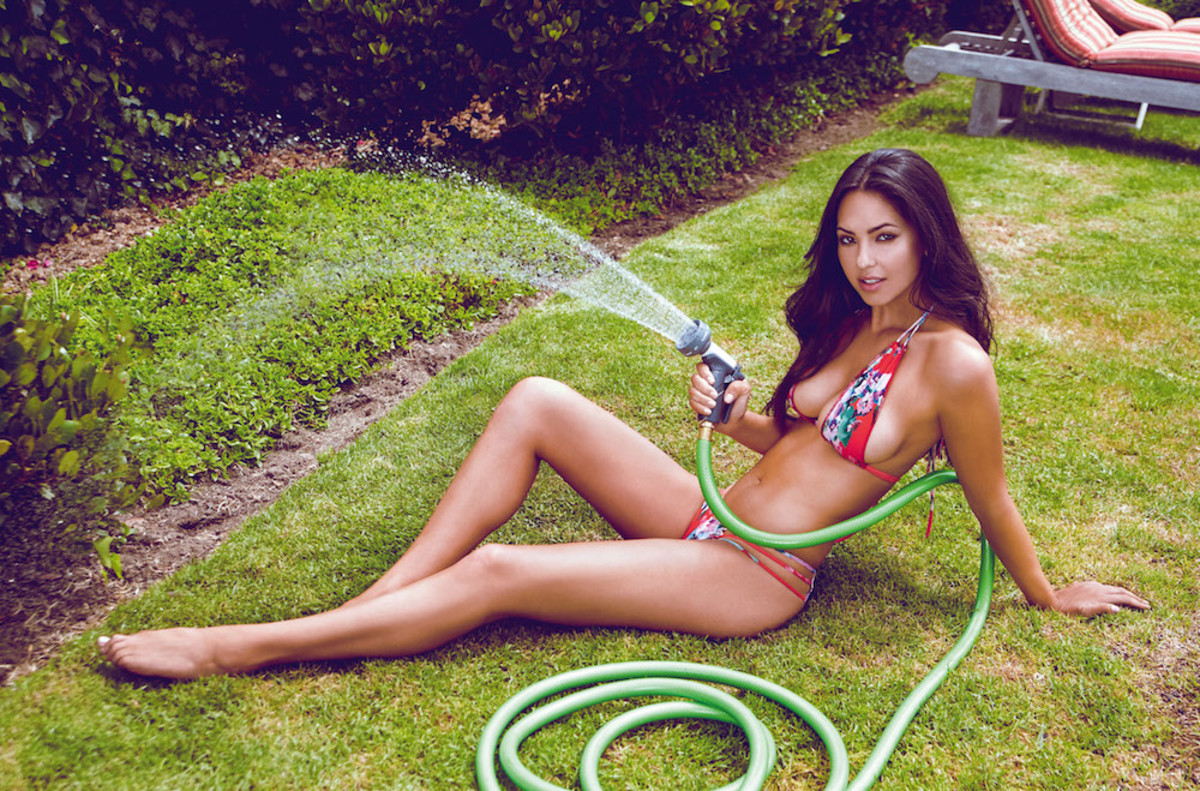 The appointed hour comes and goes, and Cinderella doesn't show up. Finally, at 5 a.m., Cinderella shows up, looking love-struck and very satisfied. "Where have you been?" demands the fairy godmother. "Your diaphragm was supposed to turn into a pumpkin three hours ago!!!"

"I met a prince, Fairy Godmother. He took care of everything." "I know of no prince with that kind of power! Tell me his name!" "I can't remember, exactly... Peter Peter, something or other..." 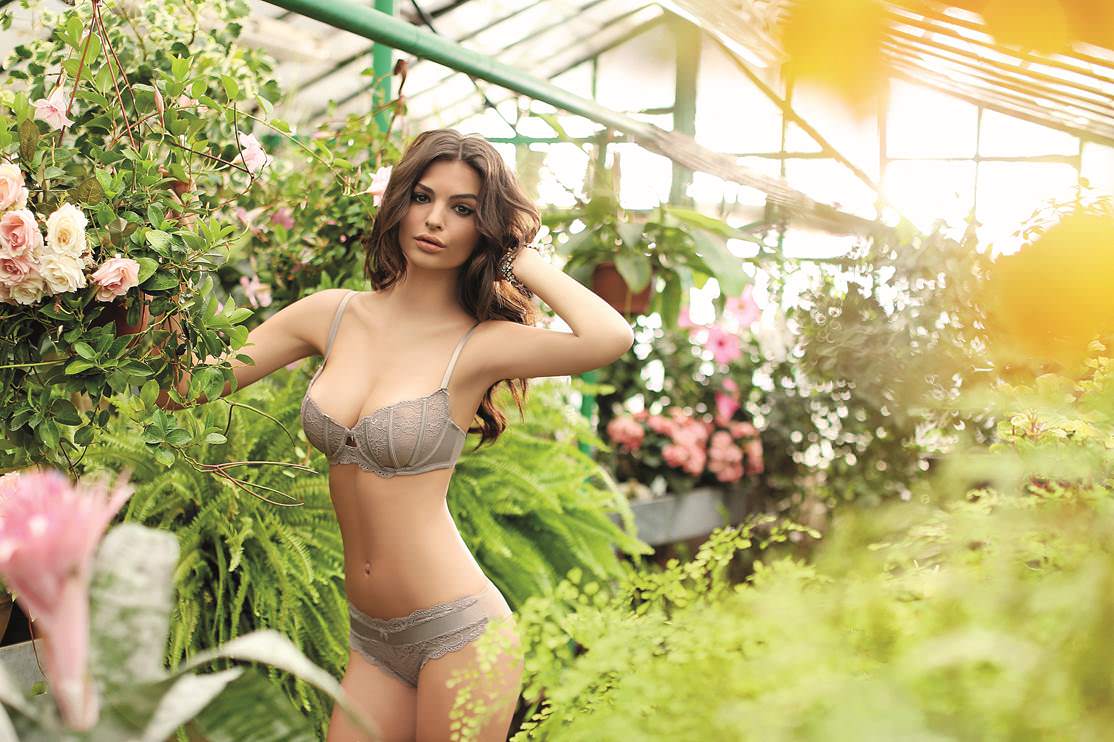 Once there was a beautiful woman who loved to work in her vegetable garden, but no matter what she did, she couldn't get her tomatoes to ripen. Admiring her neighbor's garden, which had beautiful, bright-red tomatoes, she went one day and inquired of him his secret.

"It's really quite simple," the old man explained. "Twice each day, in the morning and in the evening, I expose myself in front of the tomatoes, and they turn red with embarrassment."

Desperate for the perfect garden, she tried his advice and proceeded to expose herself to her plants twice daily. Two weeks passed, and her neighbor stopped by to check her progress. "So," he asked. "Any luck with the tomatoes?"

"No," she replied excitedly. "But you should see the size of my cucumbers!" 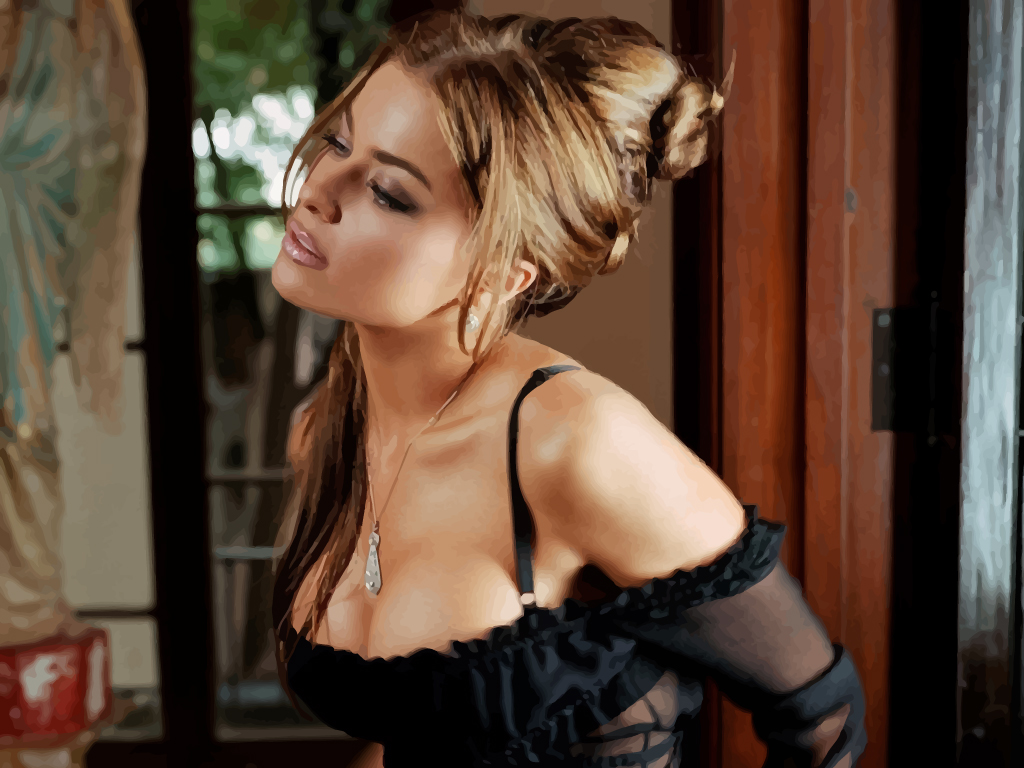 A maid asked the wife of a couple she worked for for a raise. The wife was upset at the request for more money.

The wife asked the maid, "Now, Helen, why do you think you deserve a pay increase?"

Helen: "There are three reasons. The first is that I iron better than you."

Helen: "The second reason is that I am a better cook than you."

Helen: "The third reason is that I am better at sex than you."

Wife: "Did my husband say that as well?"

Helen: "No, the gardener did." 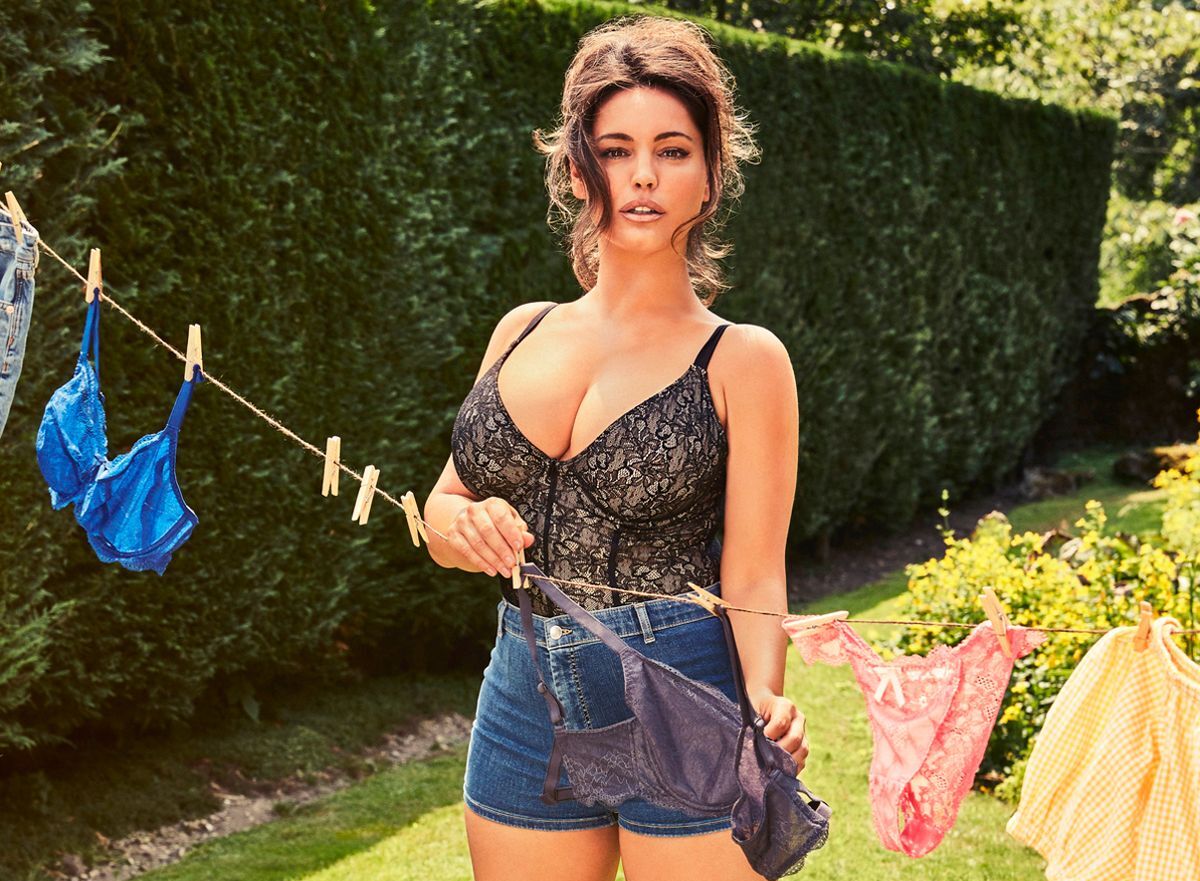 A prisoner in jail received a letter from his wife:

"I have decided to plant some lettuce in the back garden. When is the best time to plant them?"

The prisoner, knowing that the prison guards read all the mail, replied in a letter:

"Dear Wife, whatever you do, DO NOT touch the back garden! That is where I hid all the gold."

A week or so later, he received another letter from his wife:

"You wouldn't believe what happened. Some men came with shovels to the house and dug up the whole back garden."

The prisoner wrote another letter:

"Dear Wife NOW is the best time to plant the lettuce!" 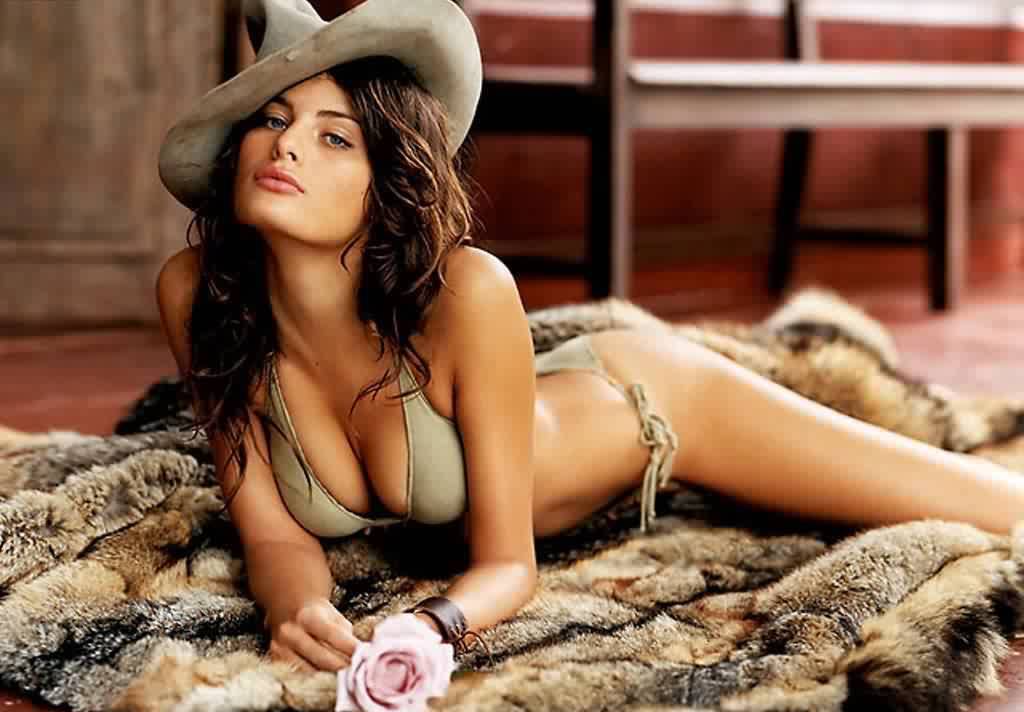 One weekend, a husband is in the bathroom shaving when the local kid Bubba he hired to mow his lawn and tend their garden comes into pee.

The husband slyly looks over and is shocked at how immensely endowed Bubba is. He can't help himself and asks Bubba what his secret is. "Well," says Bubba, "every night before I climb into bed with a girl, I whack my penis on the bedpost three times.

It works, and it sure impresses the girls!" The husband was excited at this easy suggestion and decided to try it that very night. So before climbing into bed with his wife, he took out his penis and whacked it three times on the bedpost.

His wife, half-asleep, said, "Bubba? Is that you?"

Police arrested Joe Bloggs, a 27-year-old white male, and resident of Wimbledon UK, in a pumpkin patch at 11:38 p.m. Friday. Bloggs will be charged with lewd and lascivious behavior, public indecency, and public intoxication at the County courthouse on Monday.

The suspect allegedly stated that after a night of drinking, as he was passing a pumpkin patch, he decided to stop. "You know, a pumpkin is soft and squishy inside, and there was no one around here for miles. At least I thought there wasn't," he stated in a phone interview from the County courthouse jail.

Bloggs went on to state that he pulled over to the side of the road, picked out a pumpkin that he felt was appropriate to his purposes, poked a hole in it, and proceeded to satisfy his alleged "need." "I guess I was just really into it, you know?" he commented with evident embarrassment.

In the process, Bloggs failed to notice the Wimbledon Municipal police car approaching and was unaware of his audience until Officer B.T. approached him. "It was an unusual situation, that's for sure," said Officer BT.

"I walked up to (Bloggs), and he's...just working away at this pumpkin". BT went on to describe what happened when she approached Bloggs: "I just went up and said, 'Excuse me, sir, but do you realize that you are screwing a pumpkin?'

He got real surprised as you'd expect and then looked me straight in the face and said, 'A pumpkin? Damn...is it midnight already?'"