The first photo in history was taken almost 200 years ago, in 1826. Today, photography has evolved from a luxurious, complex, and expensive process to a feature accessible to everyone through their smartphones.

Different styles developed throughout the years as photography became a global phenomenon. Shortly after its invention, once we realized just how valuable and practical device photography was, people started taking photographs of everything - from memorable events like their weddings to weird photos of everyday occurrences that amazed them.

Looking back, here is a list of the seven weirdest historical photos that depict odd developments and will leave you baffled.

1) Salvador Dali With His Pet 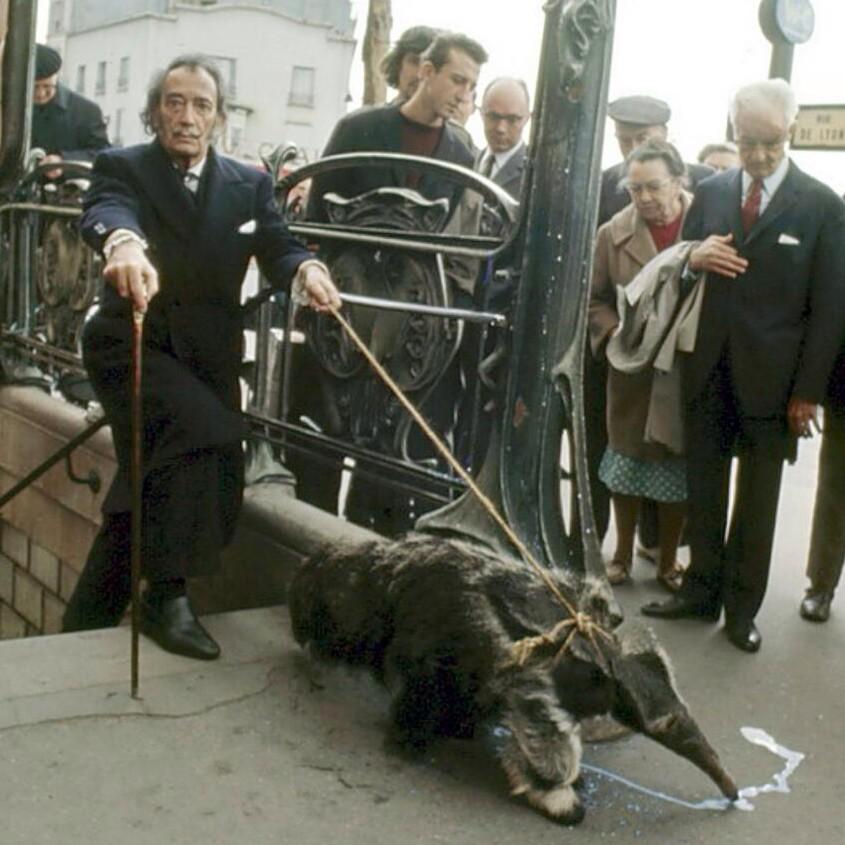 One of the most creative, eccentric, and famous artists of the 20th century had an odd obsession with anteaters. Maybe they represented something surrealistic for him. Perhaps he just liked the way they looked. Who knows.

So, when in 1969, Dali took his pet anteater for a seemingly casual stroll in the streets of Paris, the sight, naturally, caught much attention. Dali had a thing for making bold statements both with his art and his odd looks and behaviors, and the anteater incident is no exception.

The photograph depicts Dali coming out of the underground, led by none other than his pet anteater, fascinating the Parisiens. It is truly one of the weirdest historical photos to date, and, without context, one might even think Dali was some kind of a sociopath. To be honest, they would not necessarily be wrong. 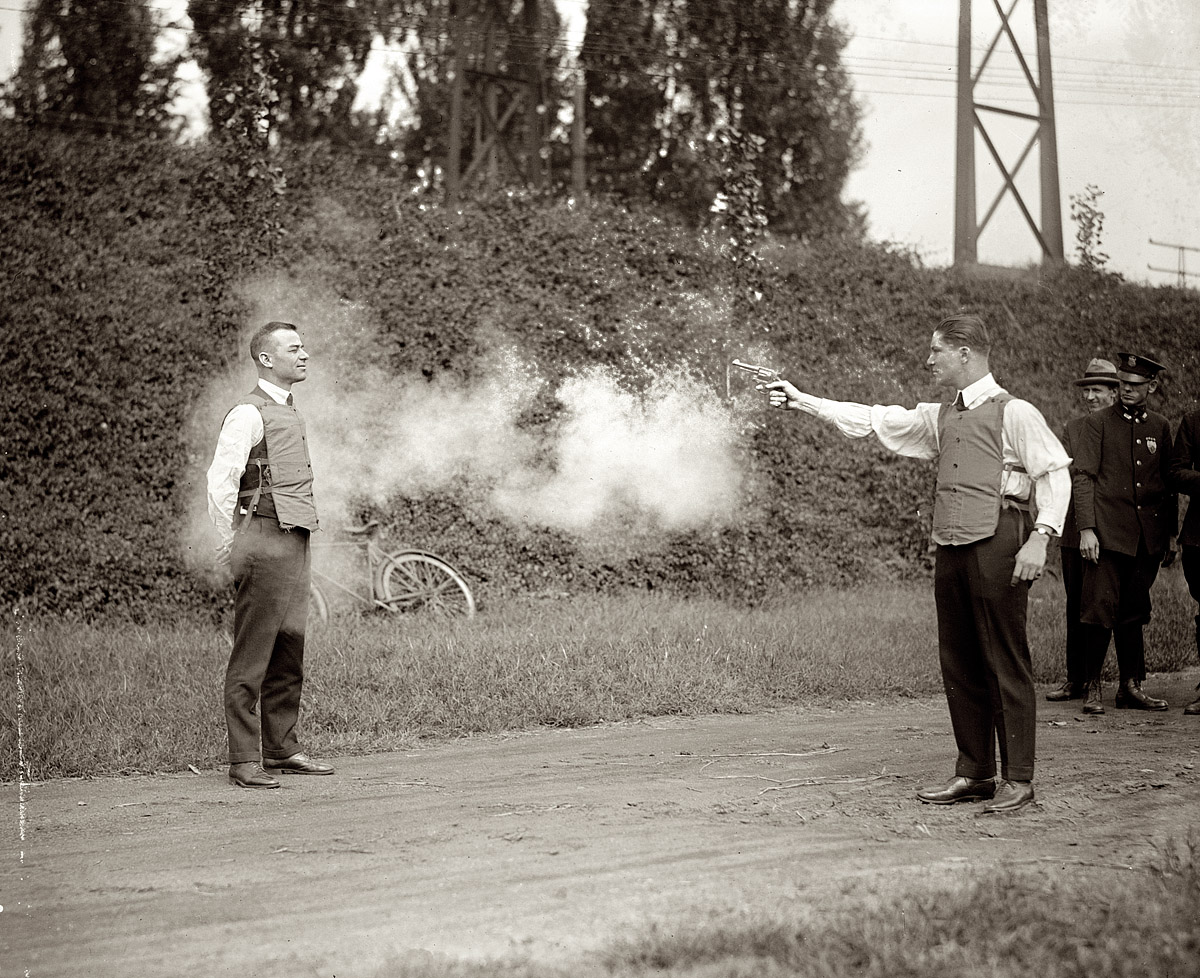 The second entry in the list of weirdest historical photos was taken in the 1920s. The photograph depicts a man, standing calmly, being shot, and, at the same time, being carefully observed by others.

Do not let your first impressions trick you, though. After looking closely, you can see that both men (the shooter and the one getting shot) are wearing bulletproof vests - a new invention when the photo was taken.

The inventors did not have the technology necessary to test the vests without the process involving two participants shooting at each other to see if the material did work. Do you know the best way of finding out if your bulletproof vest is actually bulletproof is? Get shot.

One of the weirdest historical photos at a glance, but once examined, one can truly realize how far the technology has come. 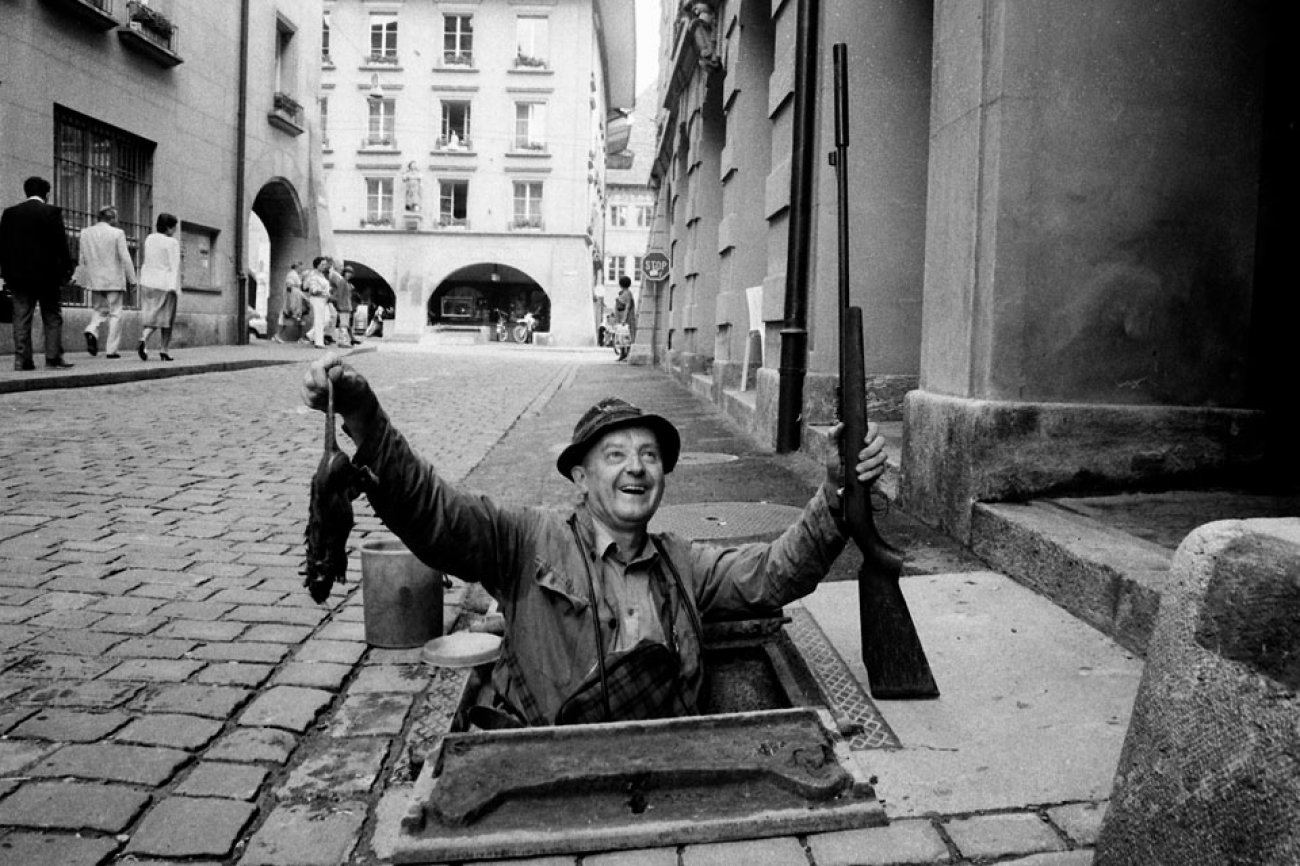 Rats had been a problem in Europe for centuries. Mass urbanization and the population influx from the outskirts to the city-centers during the industrial revolution caused sanitation problems, with rats swarming the sewers, carrying different diseases.

This is why catching rats became a profession at the beginning of the 20th century, giving us one of the weirdest historical photos depicting a professional ratcatcher celebrating after his successful "hunt."

The picture is even more strange because the man is holding a dead rat by its tail in one hand and a gun in the other as if he had just returned from the forest with a rabbit or a duck. 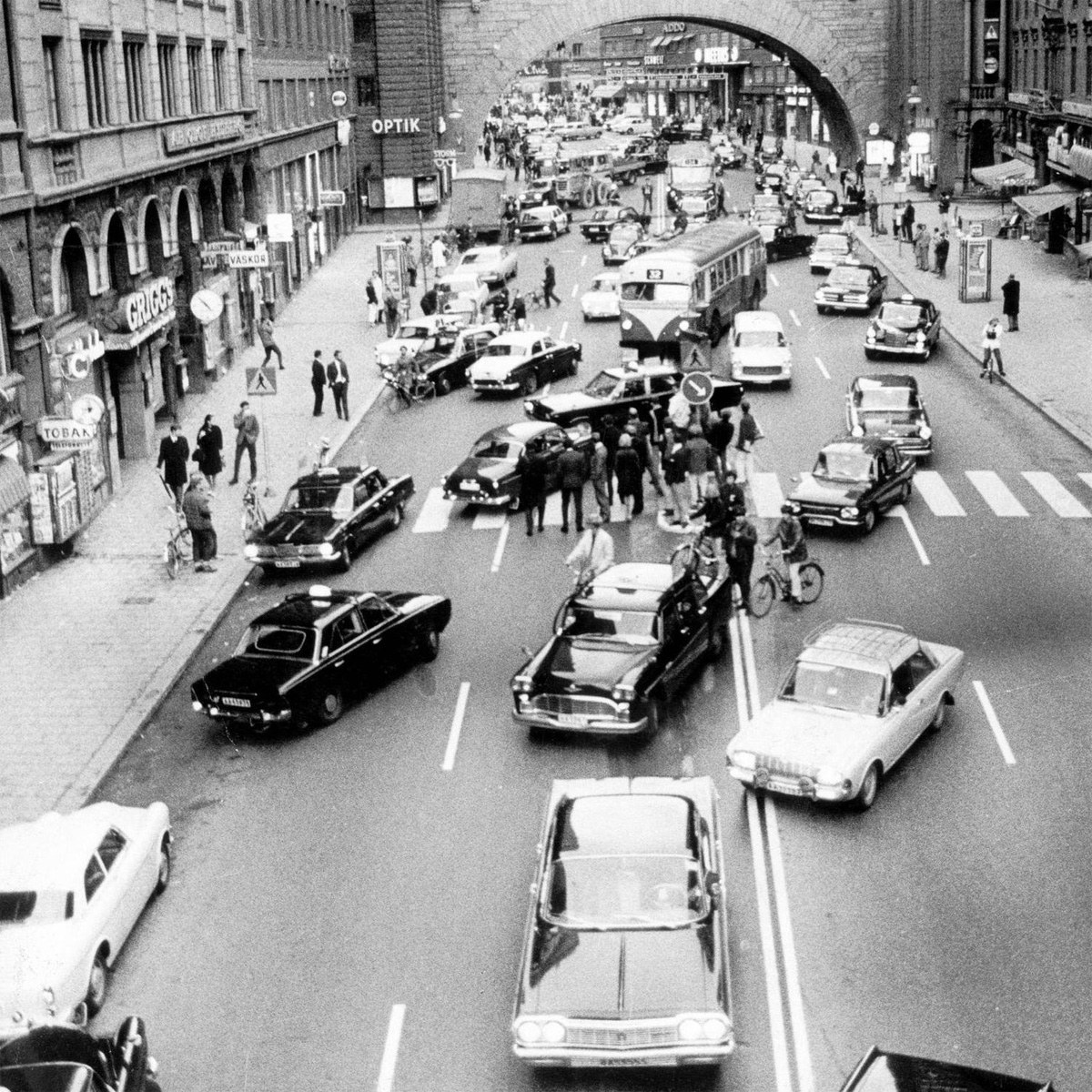 This famous photograph was taken in Sweden in 1967. At first, it looks like a big traffic accident. In reality, it is the result of Sweden deciding to switch which side of the road they drive on.

As you can imagine, once people get used to driving on one side of the road for years, suddenly switching sides would cause much chaos. In the photo, disoriented cars are desperately trying to move out of the way, while the police are trying to regulate the new law.

The event was dubbed "the largest logistical event" in the history of Sweden, which had to deal with confused drivers, causing many accidents throughout the country and giving us one of the weirdest photos in history.

5) The Flight Of The Babies 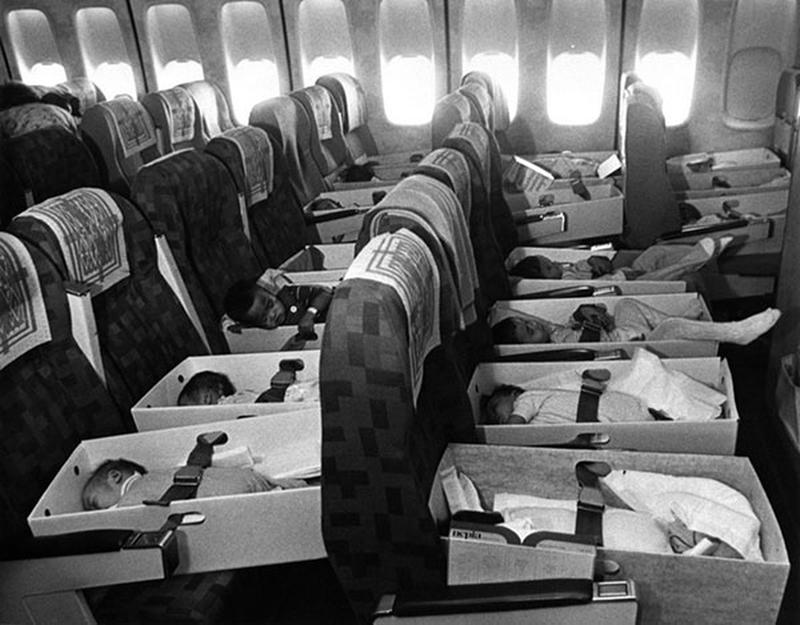 The list of the weirdest photos in history gets even more bizarre with this one.

In April of 1975, during the Vietnam war, countless Vietnamese children lost their parents. The orphans that were in danger after their losses in war were tracked down by the US military and, to keep them safe, were flown over to the United States.

This photograph shows the orphaned children, most of them infants and babies of just a couple of weeks old, on the board of the plane that belonged to the US Air Force, on their way to the LAX airport in Los Angeles.

In addition to being one of the weirdest historical photos that had great significance, it also causes a mix of emotions in the viewer. The photo looks like it is a scene taken from a movie and manages to leave the viewer wondering what happens next. 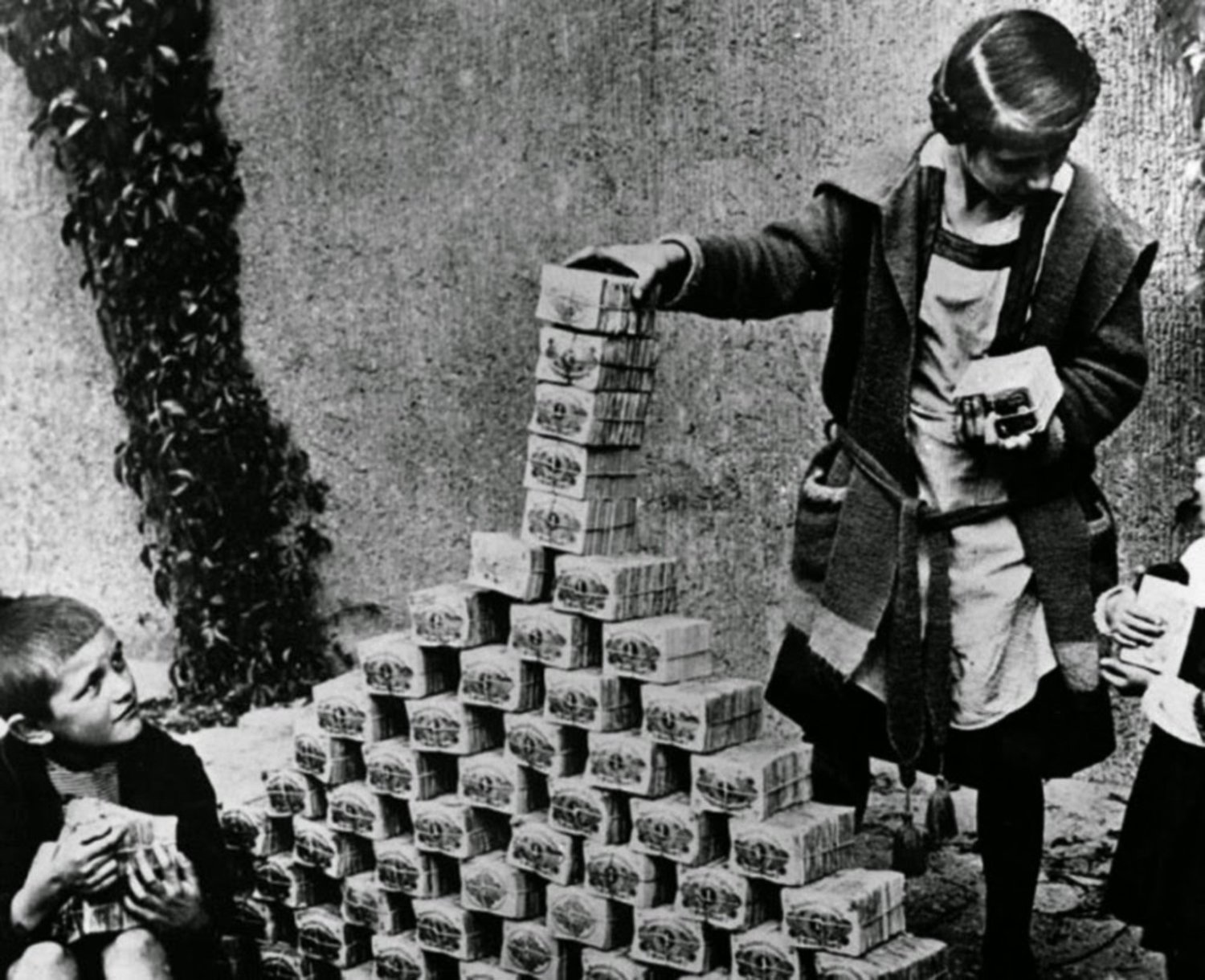 After Germany lost World War I, it was humiliated by the winning powers. The country was forced to pay billions in war reparations, causing its already weak economy to crumble even more. The German currency was catastrophically devalued, and poverty levels reached an all-time high.

This 1922 photograph, taken just four years after the German defeat, shows just that. At first, it seems that the children are playing with matchboxes, constructing a pyramid.

In reality, however, the "matchboxes" are stacks of devalued German money. The inflation rate was so high that the amount of money depicted in the picture had virtually no value. It would not even be enough to buy a loaf of bread in the 1920s.

Defeat in the war and an unseen inflation rate produced one of the weirdest photos in history, leaving the ordinary viewer who isn't familiar with the context baffled. 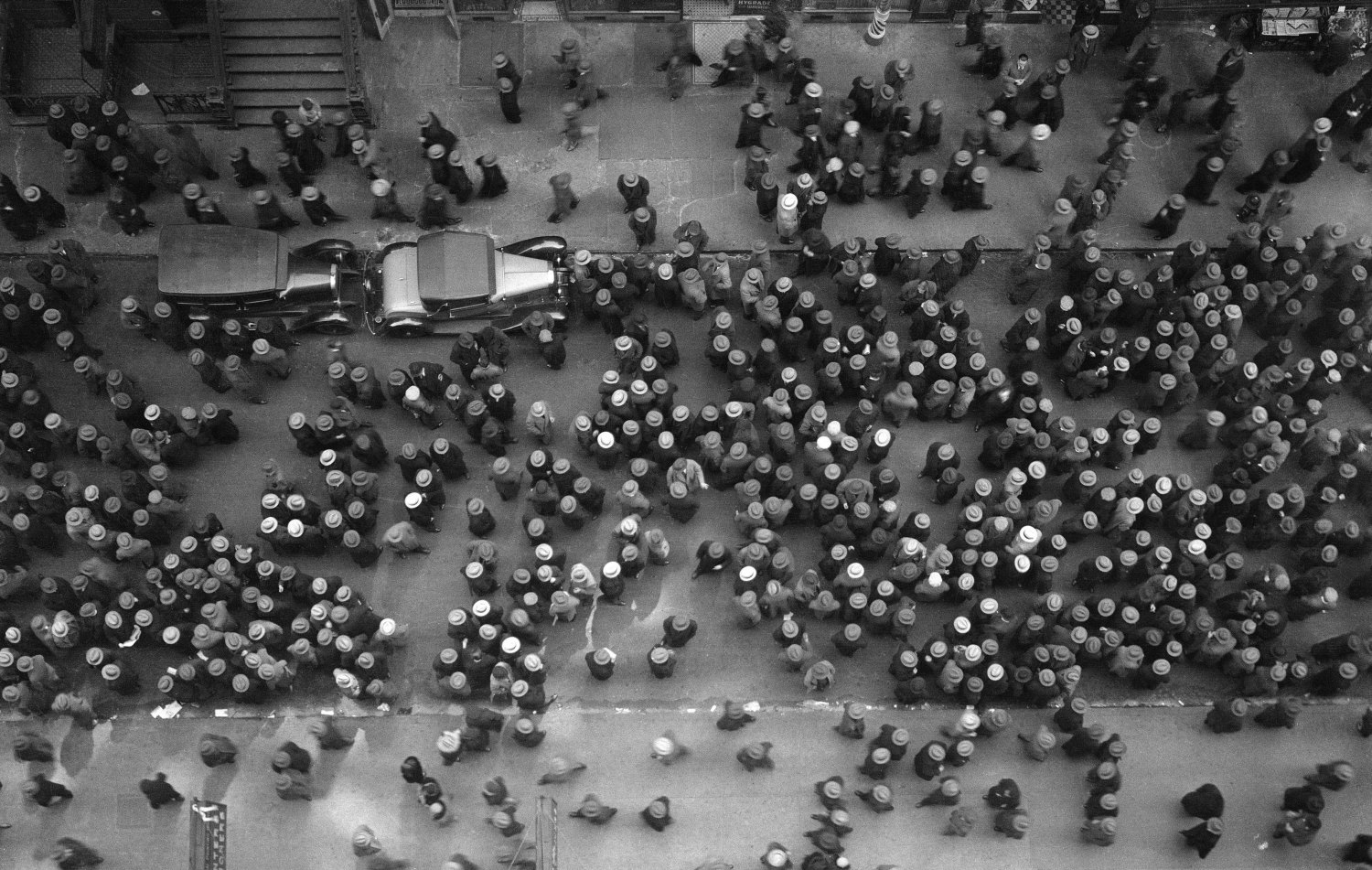 Fashion is an often debated topic. It changes frequently and sets the standards for what is trendy to wear, while we all need to keep up and follow.

The concept of wearing what is in fashion might have been taken to the extreme by the New Yorkers of the 1930s, as seen in this aerial shot of the city. In one of the weirdest historical photos, every single person in a crowded New York street is wearing a round "homburg" hat, as if someone had copied one person and photoshopped it.

While the 1930s men's fashion is memorable, the photo looks almost funny. Depicting a unique sight, it truly is one of the weirdest photos in history.