Every store in the world has to deal with shoplifters. In fact, this crime is pretty common.

Unfortunately, not all stores can afford the technology necessary to stop shoplifting. In any case, it does not make a lot of sense for a small business to invest so much money or resources into the technology designed to catch shoplifters.

Recently, a Walmart employee decided to share a video that demonstrated how a high-tech device the store has in its checkout area helps identify shoplifting cases.

What was more shocking was the reaction people had after learning of this technology. 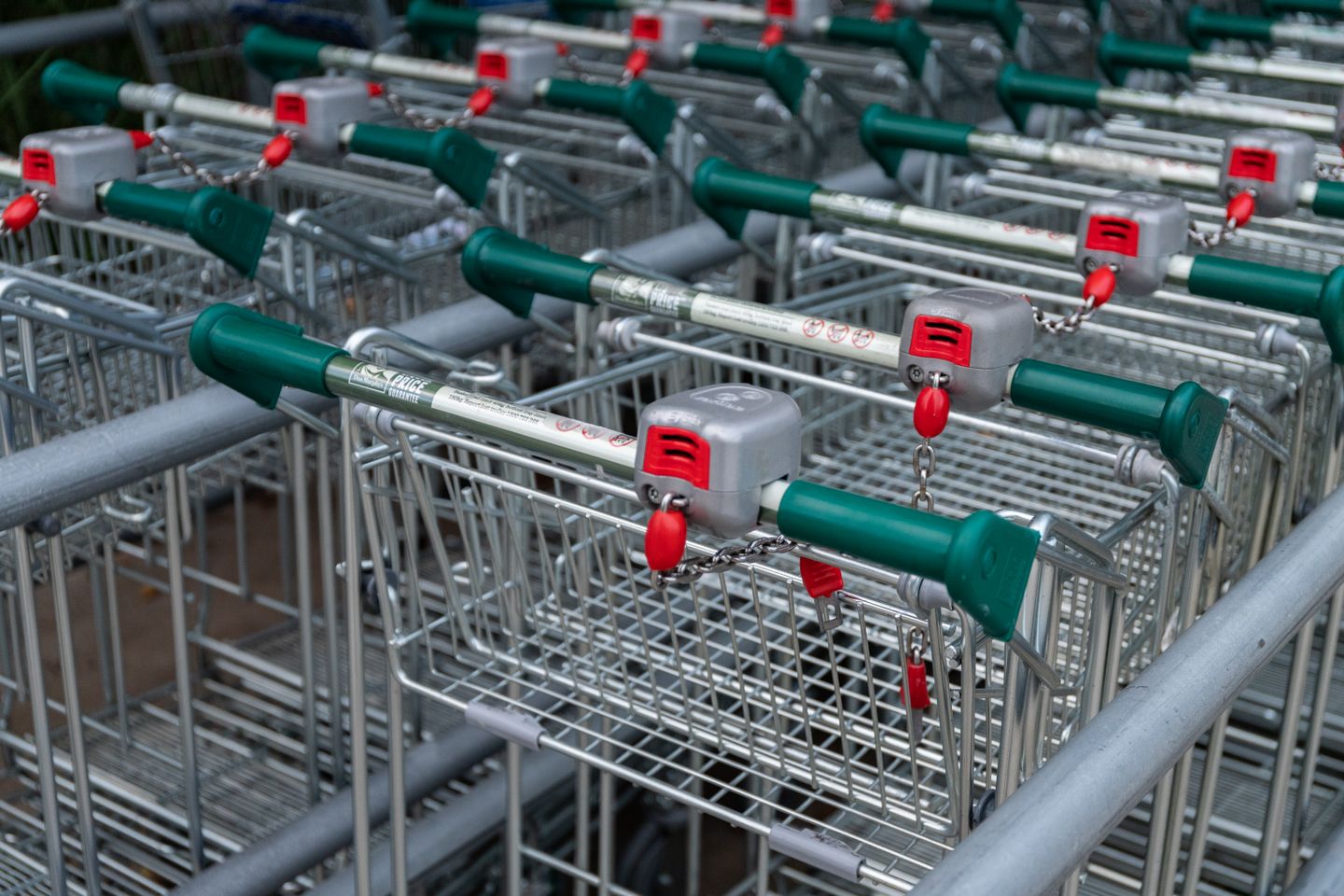 The video was uploaded by an anonymous employee, and it should send chills down the spine of any potential thief.

Not surprisingly, the video has already had more than 10 million views and over 600k likes. It was uploaded by a TikTok user @thewalmartguy69.

You can see Walmart's technological device at the checkout to find out if someone is trying to steal something from the store.

The Device Has A List Of Items Present At Every Checkout 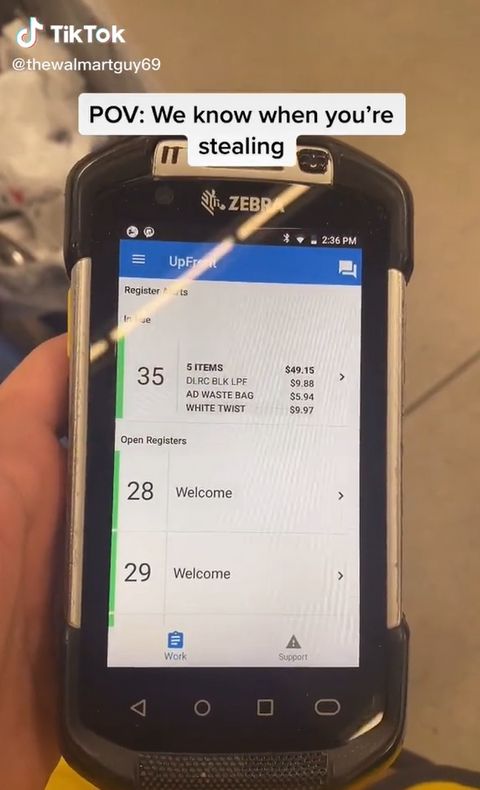 In the video, a small device with a monitor is revealed, and it has a list of all the items at the checkout. According to the creator of this video, every item the customer is carrying is scanned by this device.

In the video, the employee writes:

"We know when you are stealing."

However, the device does more than detect thieves; it also creates alerts when someone needs help or when an employee requires approval. 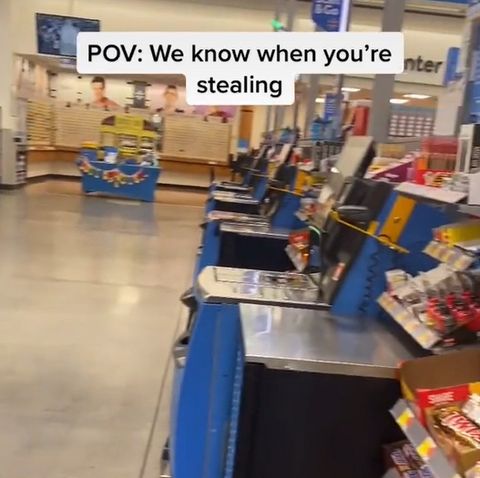 Zebra Technologies creates devices that can track inventory throughout the supply chain. That means the device can tell when an item of inventory leaves the establishment.

There is one question, however: how effective is this device at catching shoplifters? Those commenting on the video helped reveal that the device is not as reliable as the Walmart worker would like us to believe. 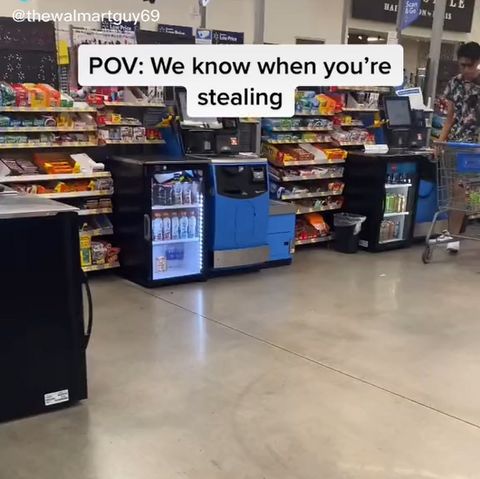 One of the viewers responded to the message's claim, "we know when you're stealing," by saying: "No, you don't."

The user went on to confess:

"I walked out of Walmart with one of the big bags of dog food [because] I forgot to pay for it. It was under the cart, I didn't see it."

This was not the only person who claimed to have walked out of Walmart with something they hadn't paid for:

"[Yeah] no you don't [because] I literally walked out with $50+ worth of items on accident [because] I forgot to swipe my card."

Others Claimed They Weren't Afraid Of The Monitor 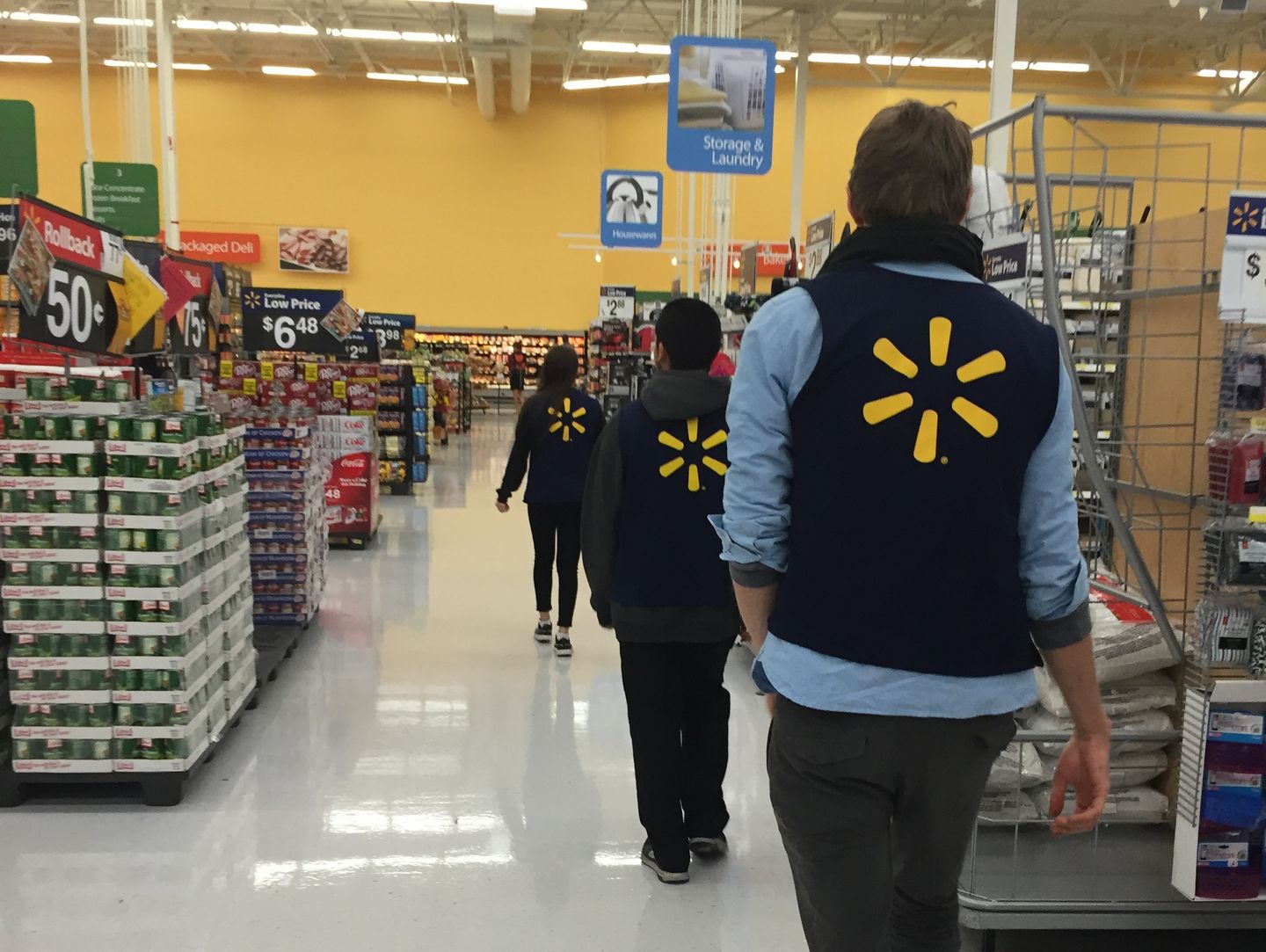 After watching the video, some decided to voice other grievances they had about Walmart employees:

"So you know when we are stealing but yet it takes someone 5 minutes to look up from their device when I need help?"

Among those commenting was a former Walmart employee who said that at the time they worked there, the company didn't pay enough for them to care if people were stealing from the store or not:

"If I saw someone stealing I would turn around so quick." 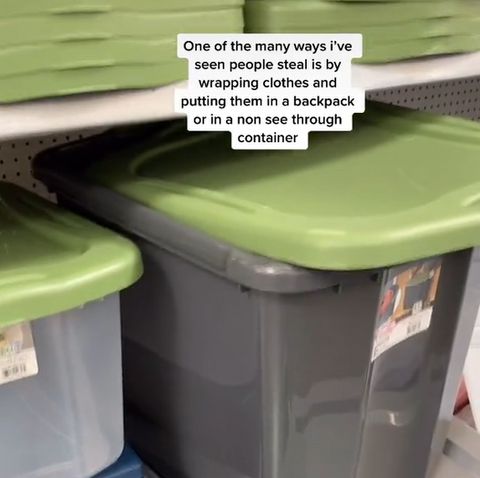 In another video, the employee revealed some of the ways he saw people stealing from the store.

Some common tricks include wrapping clothes and putting them in a backpack or an opaque container. Other dishonest shoppers fail to have items under the cart scanned, like the shopper who accidentally forgot to scan the dog food bag.

Some passengers go to the bathroom with unpaid items and hide them under their clothes or in their bags before checking out.

Although shoppers should have probably felt mortified to learn that Walmart has such advanced measures in place to sniff out shoplifters, they didn't seem too concerned about this. This means the store is not doing as much as it should to deter thieves.

Of course, it could be that shoppers who are likely to steal don't consider these devices a threat to them.

What are your thoughts on all this?

The Best Kitchen Appliances For 2023