A brave waitress saved an 11-year-old boy and his younger sister from abuse using nothing but her gut feeling.

How The Server Saved The Boy

Flaviane Carvalho works as a waitress and a manager at Mr. Potato Restaurant in Orlando, Florida. Before midnight during her shift on New Year's Day in 2021, a boy, his younger sister, and their parents walked into the restaurant.

Strangely, the parents ordered food for them and the girl, but none for the boy. This got the waitress' attention.

When she asked why there was no order for the boy, they told her he would be eating his dinner at home.

Following the bizarre encounter, the waitress kept a close eye on the skinny boy. He also had scratches on his face.

The boy was wearing a mask and long sleeves. She also noticed some bruises just under the collar and sleeves of his hoodie.

Carvalho knew that something was wrong. She also noticed that the boy was "super quiet and sad."

Waitress Was Moved To Action 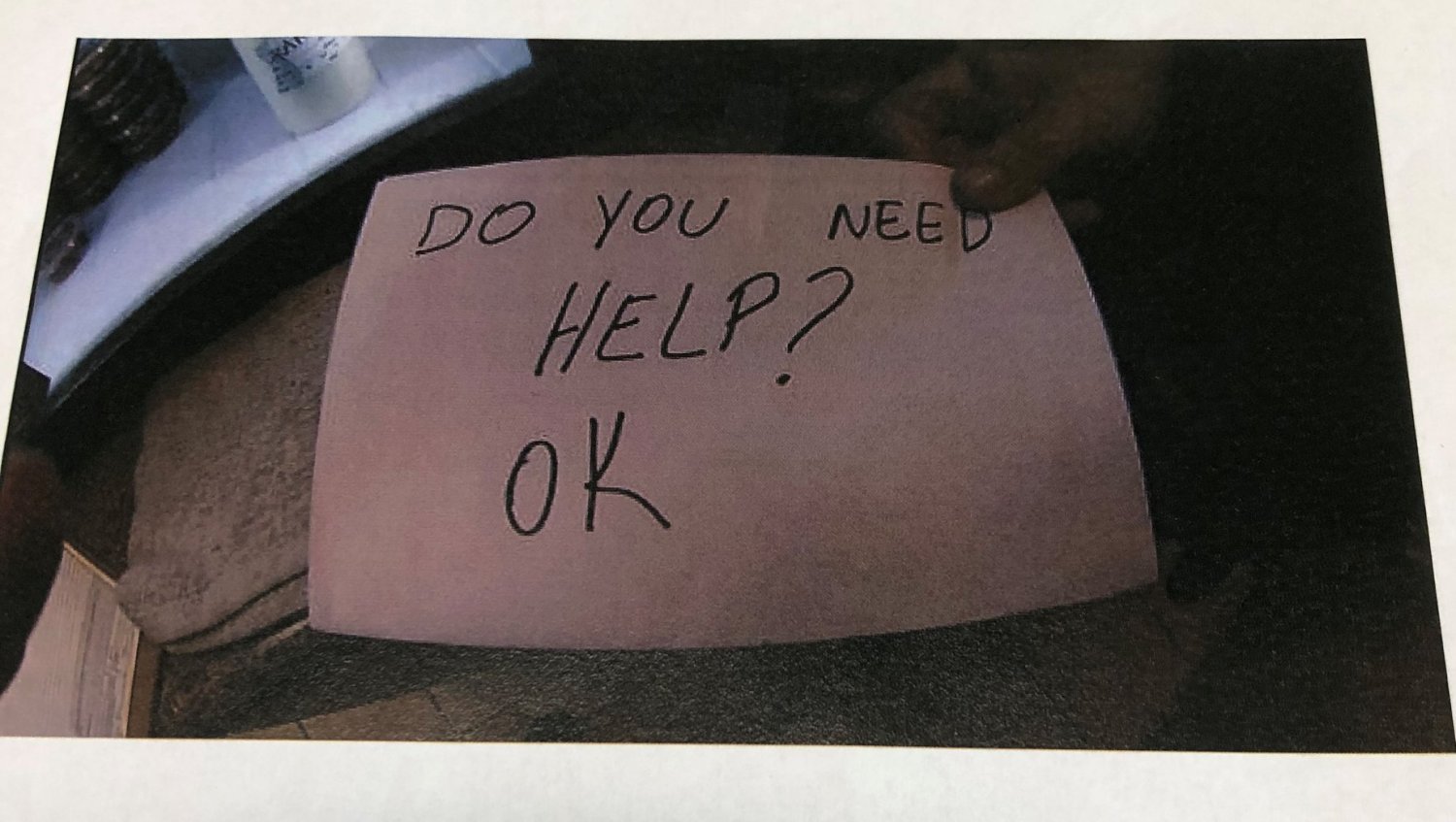 The waitress felt she had to find out if the boy was okay. Her challenge was finding out the truth about him without his parents knowing.

For this reason, she decided to use signs and written messages. The first message said: "Are you okay?"

She held up the sign to make sure the boy could see it, but his parents couldn't. The boy nodded to tell her yes.

The waitress was not so sure if the boy meant what he said. So, she held up another sign saying, "Do you need help?"

Once again, the boy nodded to tell her yes, he needed help. The waitress had all the information she wanted and immediately went to the back and called in the cops.

After a short while, Orlando police arrived and separated the children from the parents. They then took the boy aside and talked with him.

Initially, the boy said the bruises were caused by accidents. He claimed that falling out of bed was the reason he had bruises on his face.

The boy then explained that he had gotten the bruises on his hands while wrestling with his stepdad.

Nevertheless, the police knew the boy was probably lying and felt he needed medical attention. Once the doctors looked at him, they realized how serious the injuries were.

One side of his face was covered in bruises, and his arms were so bruised that rolling up his sleeves caused him pain. His eyelids and ears were also injured.

It was quite apparent that the boy was extremely abused.

Erin Lawler, a detective with the Orland Police Department, said that "abuse" was not even an adequate word for what happened to the boy. The boy was getting tortured.

The boy was 20 pounds underweight because his parents were not giving him enough food. They were also hanging him from his ankles and neck in a doorway, and his father would punch him and hit him with objects such as a back scratcher and a broomstick.

The ruthless parents would also handcuff him to a large moving dolly.

The excessive exercise was also used as a punishment. The boy was forced to hold a plank for 30 minutes, and he would get a beating when he failed.

The boy revealed that the abuse started around Christmas when "Santa" said he had to be punished. His parents then handcuffed him to the furniture.

He was expected to find a way to set himself free.

The boy's stepfather, Timothy Wilson II, was charged the night the waitress called the police. He was charged with child abuse and neglect, and her mother was charged about a week later, on January 6, for child neglect.

She might not have taken part in the abuse the boy suffered, but she did not do anything about it either.

The stepfather got additional charges later on.

OPD Chief Orlando Rolon said that the "child was destined to be killed" in consideration of how serious his injuries were.

The sister did not have any signs of abuse on her. The Florida Department of Children and Families took the children from home and placed them in protective care.

Carvalho has gotten a lot of praise for what she did, but she has said the boy was the real hero for responding to her messages and opening up to the police:

"I would like to give him a big hug and tell him that I'm so proud of him."

Wellwishers were given an opportunity to help out the boy and his sister through donations.