A heart-wrenching viral video shows a 10-year-old Black boy being terrorized over an alleged stolen bag of chips. The shocking video had people questioning the Syracuse police methods.

At least four Syracuse Police Department officers bullied the boy, who stole some chips from a convenience store. The officers were caught on camera by a bystander as they were dragging the child and pushing him into the police vehicle. 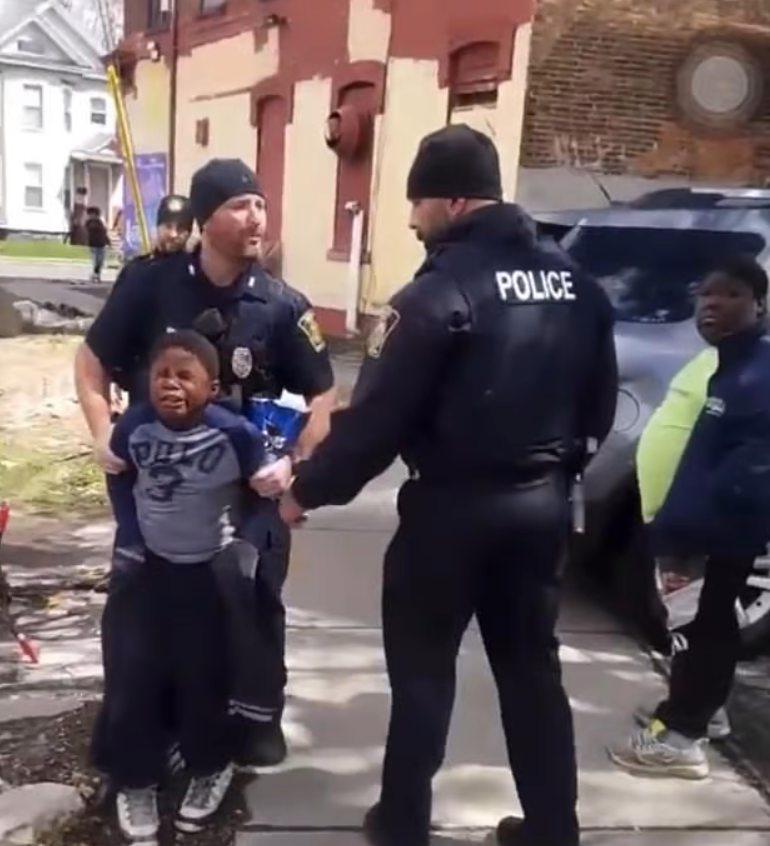 The young boy appears to be terrified, which caused an outrage on social media. The person behind the camera tried shouting at the officers, asking:

"He looks like a baby to me. I don't know what you're doing. So what's going on then?" 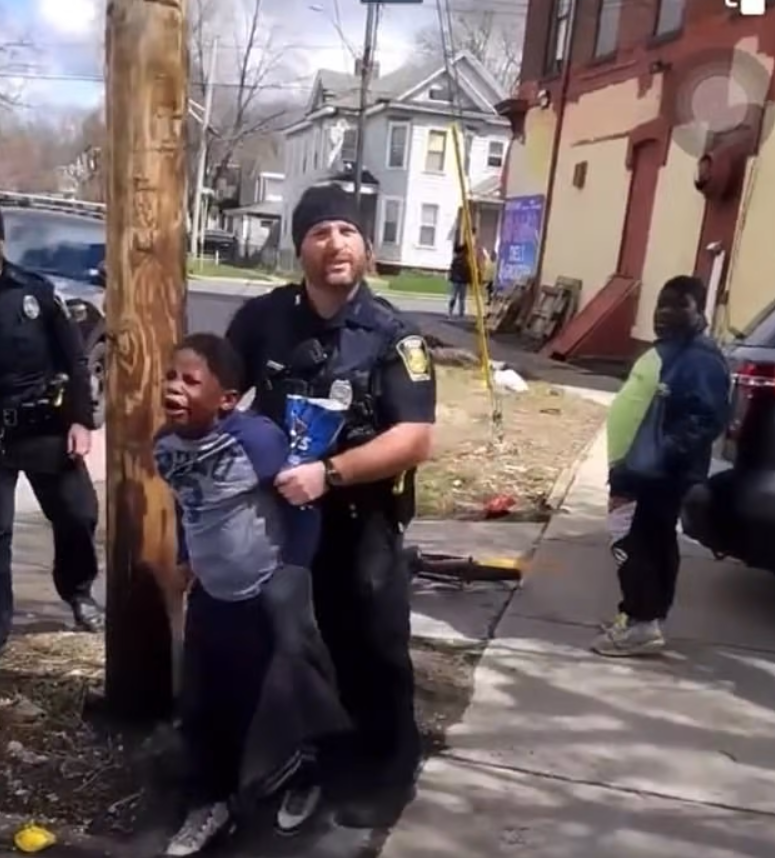 "He's stealing stuff. If he breaks into your house…."

The person filming was having none of it:

"Nah, man! What, he stole a bag of chips, so you gotta treat him like a cold-blooded f**king criminal?" 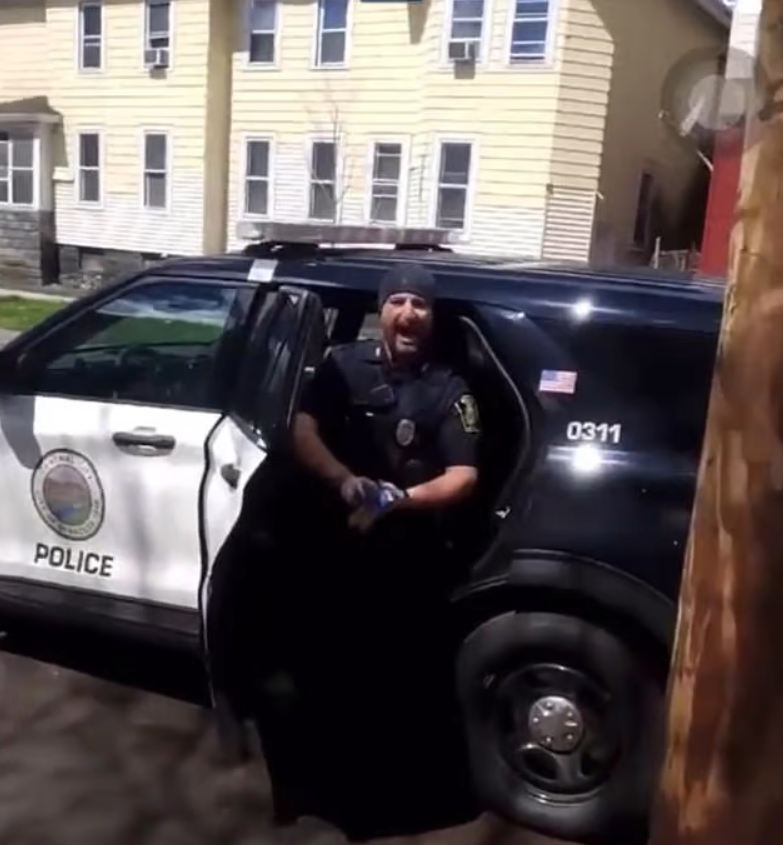 The officers started losing their temper with the man, saying:

"Keep walking dude, you don't know even know what you're talking about."

"I know what I just came up and see!"

He then asked to pay for the stolen snack. 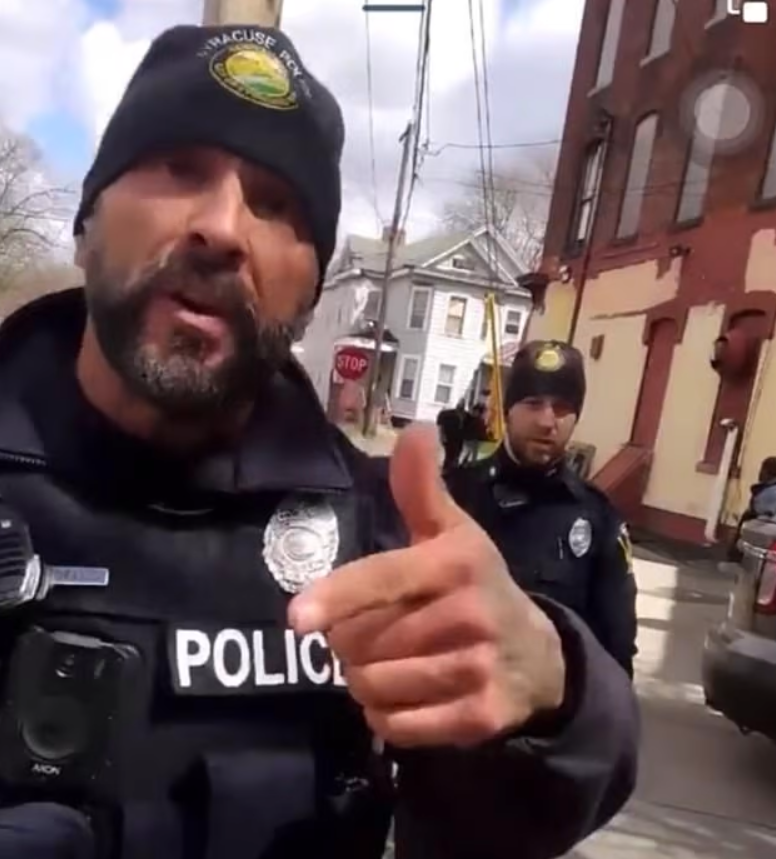 The man filming tried to reason:

"I see you snatching him up the butt like he's a grown-ass man - and he said it wasn't him!"

That's where the video ended. The child is in the police car, crying, while in the back seat.

People are baffled by the way the police handled the poor boy. One Twitter user wrote: 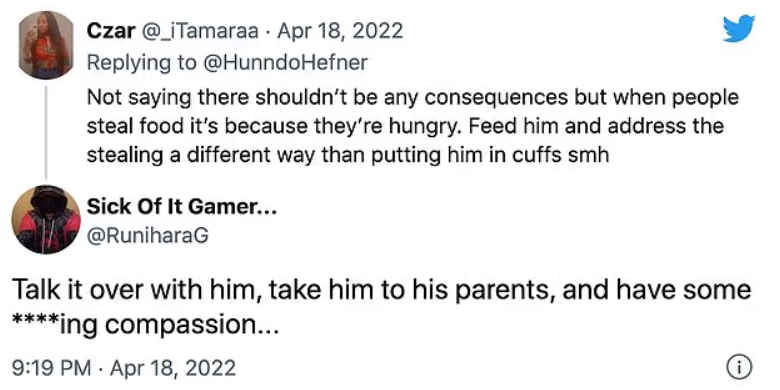 After the backlash, the incident is under investigation by the Syracuse Police Department, which released a statement on Facebook, saying:

"We are aware of a video being shared on social media involving several of our Officers and juveniles accused of stealing from a store on the City's northside. The incident, including the Officers' actions and body-worn cameras, are being reviewed. There is some misinformation involving this case. The juvenile suspected of larceny was not placed in handcuffs. He was placed in the rear of a patrol unit, where he was directly brought home. Officers met with the child's father, and no charges were filed."

Of course, there are many questions about the way the police handled the situation:

A newly passed law prohibits children under 12 from being arrested and prosecuted in New York State under most circumstances, except homicide. However, the law doesn't take effect until next year.