Two 15-year-old boys were booked after they pushed a teacher while fighting in a classroom.

The female teacher was so viciously punched that her head snapped back, and her glasses flew off her face.

The blood-boiling incident in a high school 25 minutes east of New Orleans was caught on camera by one of the students.

Teacher gets punched in the face while trying to break up a fight in her classroom in Chalmette, #Louisiana. pic.twitter.com/qnDNOjgyen

It shows the teacher trying to separate two teenagers by attempting to grab each one of them. In a glimpse of an eye, at least one student punched her, though it appears that the other threw the second punch in the woman's face.

The teacher fell to the floor, and one female student started shouting, "damn, you broke her nose."

One of the students sneaked out of the classroom and went for help for the tenth-grade teacher, who then received medical treatment.

The teenagers were charged with battery, and their future remains unknown to the public. The school said they would be disciplined according to their Guide to Student Conduct. 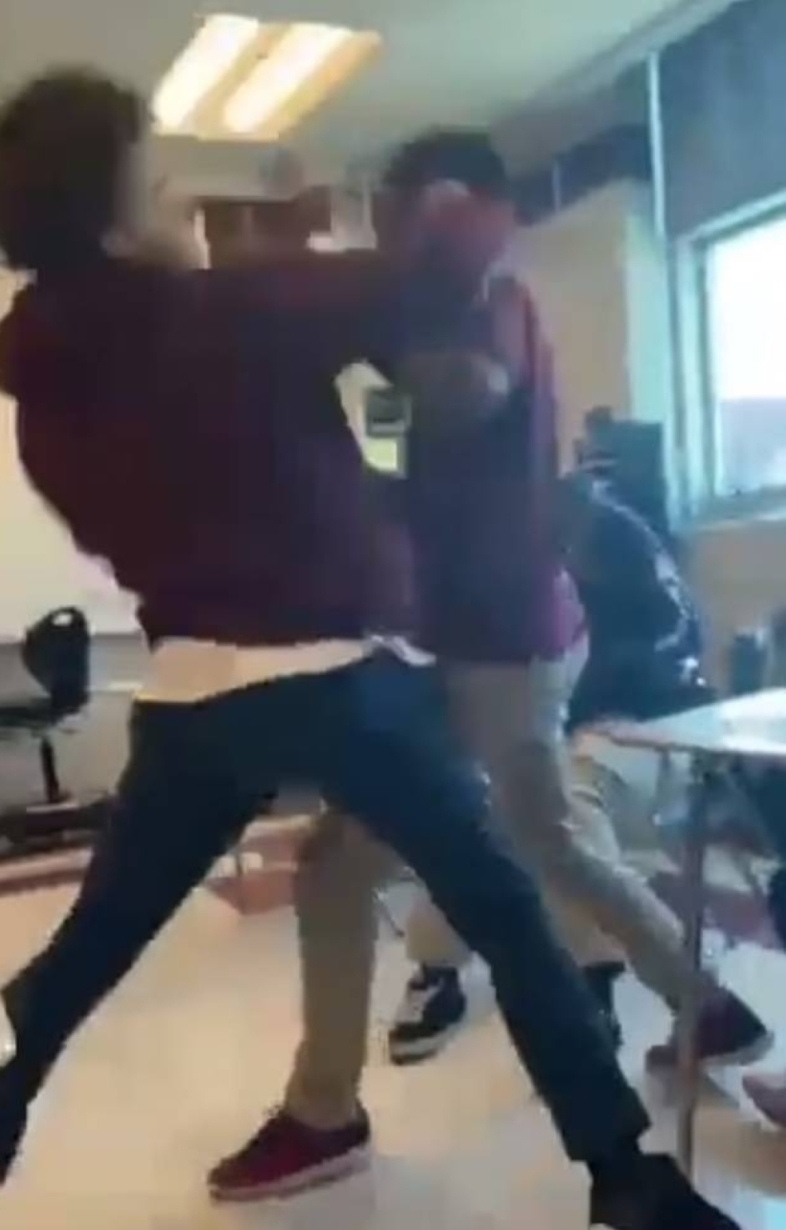 The names of the boys and the hurt teacher were not released to the public.

It is known that the teacher suffered bruising, but her nose was not broken.

Superintendent of St. Bernard Parish Public Schools, Doris Voitier, told WVUE-TV that she said the teacher "to take some time and make sure she gets fully healed before she comes back."

Voitier said she was too stunned by what she saw.

Voitier added, "our teacher shouldn't be involved in an environment like that, and our students should have ways to settle their differences." 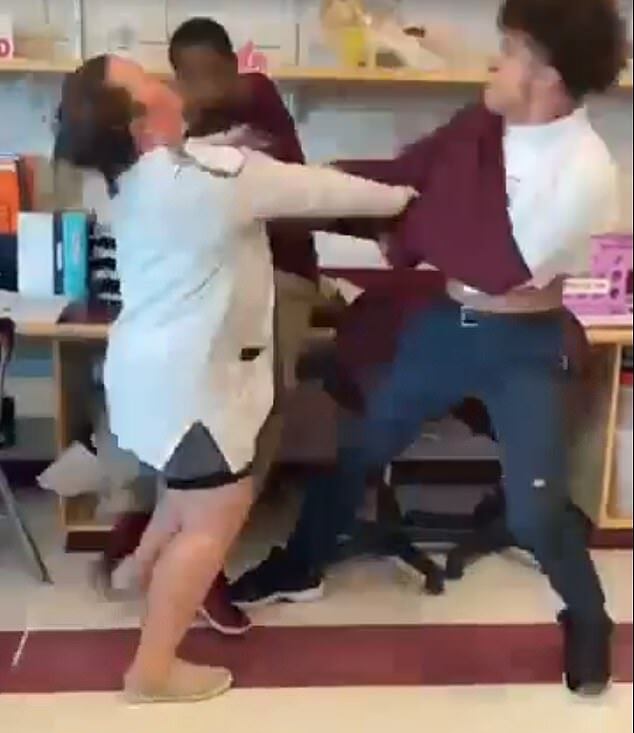 She concluded that students are having "much more difficulty in settling differences and talking through problems" and that "we're seeing that portrayed not only within our schools but the community at large."

This is the second incident displaying barbaric violence in September in the same school. Earlier, a former student was arrested after school hours for allegedly pulling a gun during a fight on the school ground.