Around 300 people attended a Marietta City Schools football game where Alecia Kitts, of Marietta, was filmed getting handcuffed.

Kitts, as well as several other families and children, were sitting in the bleachers at the time.

A witness filmed the incident, which quickly spread across social media.

The footage shows Kitts sitting next to her mother while in a heated verbal altercation with an officer over face masks.

According to witnesses, the officer told Kitts that she had to 'wear a face covering for her to stay.'

Despite saying she had asthma and could not wear a mask, the officer told her again to put one on.

Kitts refused, and the officer attempted to detain and remove her from the stands. 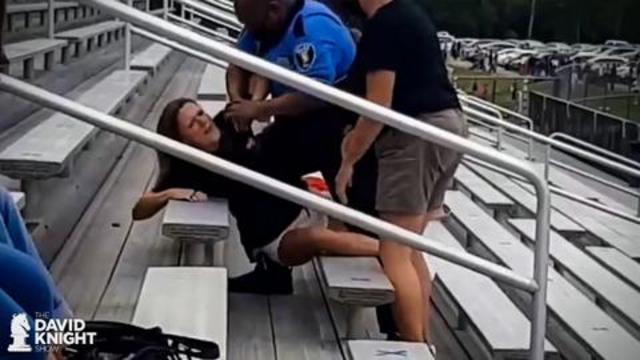 She then resisted arrest as the officer struggled to handcuff her.

The people in the stands then turned their attention towards the altercation as Kitts screamed, and a young boy began crying. 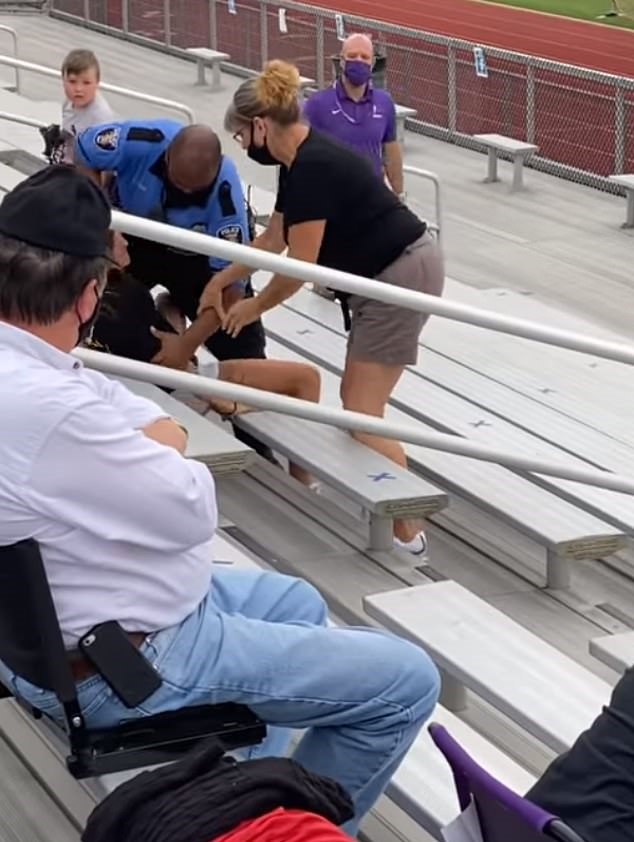 Kitts and the officer continued to grapple with each other. Then he told Kitts to place her hands behind her back.

"You're not arresting me for nothing, I ain't doing nothing wrong."

After struggling for at least two minutes, the officer tasered her. As a result, Kitts screamed, and nearby witnesses lashed out at the officer.

"Tasing this lady over not wearing a damn mask." 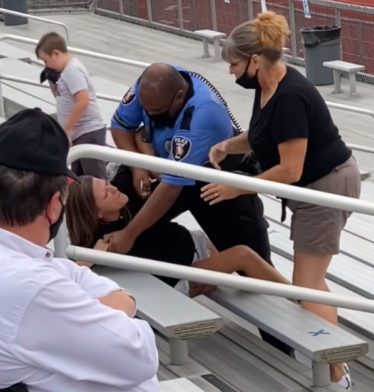 Kitts' mother also tried to appeal to the officer, saying, 'it's just a mask.' However, the officer took Kitts into custody.

The police later released the mom but charged her with criminal trespassing. Other charges are pending while the incident is under investigation. 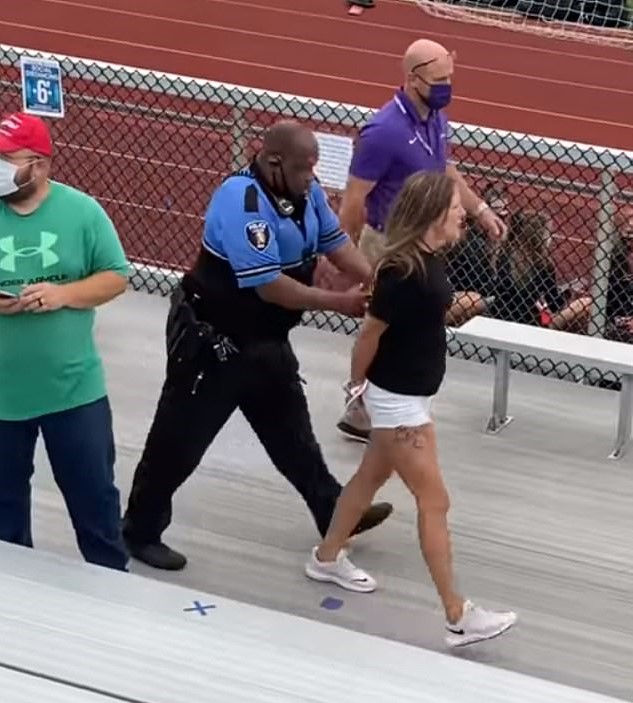 The 'criminal trespassing' charge, according to police, is because Kitts didn't leave after the officer ordered her.

"It is important to note, the female was not arrested for failing to wear a mask. [The officer] asked [her] to leave the premises for continually violating school policy."

"Once she refused to leave the premises, she was advised she was under arrest for criminal trespassing."

"She then resisted the arrest, which led to the use of force."

Despite police's claims, Skylar Stewart, who shares a son with Kitts, launched a complaint against the department over the incident.