The moment cop slams a handcuffed woman face-first to the floor in what fellow officer calls the 'worst use of force' he has ever seen.

A judge has released disturbing footage of a police officer slamming a woman in handcuffs face-first onto the concrete floor, resulting in serious injuries.

The officer, Const. Alex Dunn is now facing assault charges for causing bodily harm to a woman, Dalia Kafi, during a 2017 arrest.

While Dunn is currently standing trial for the alleged assault, he's still on the force, working in an administrative role.

Kafi, who was 26 at the time, had been arrested for breaching a court-ordered curfew.

And she was at the CPS arrest processing unit when Dunn Judo-threw her to the ground.

As the surveillance footage shows, Dunn walks Kafi, already in handcuffs, into the police station for a booking photo. 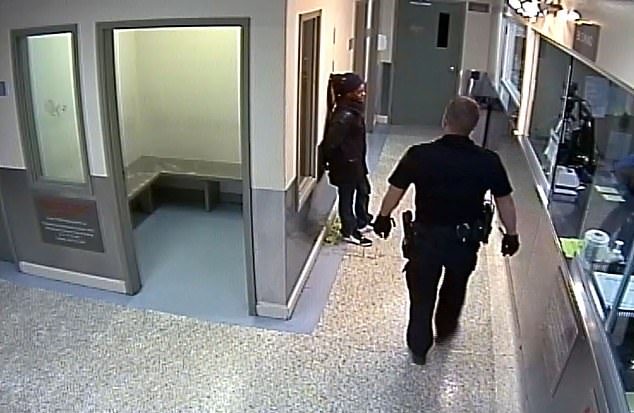 But then, the officer attempts to take off a headscarf Kafi was wearing.

Kafi then flinches and tries to lean away from him, but Dunn yanks the scarf off her head. 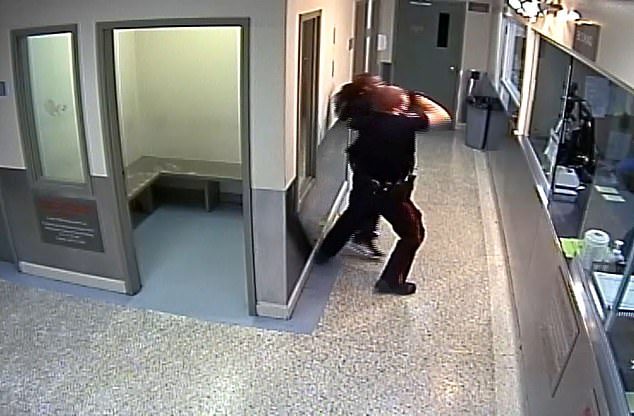 He then violently hurls her to the floor face first in one swift motion. 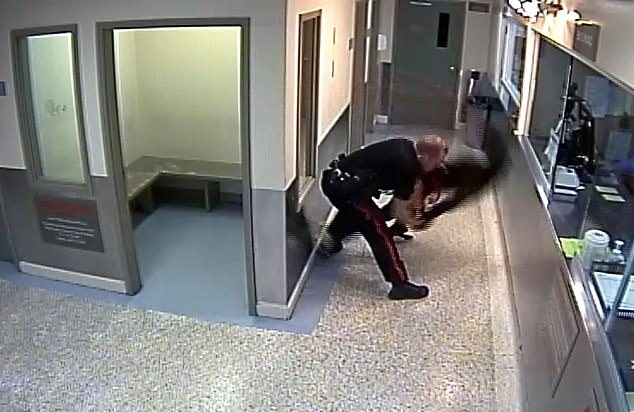 Dunn holds Kafi's wrist, handcuffed behind her back, and pulls her hands in the air.

Kafi moves slightly on the ground while Dunn continues to hold her arms. 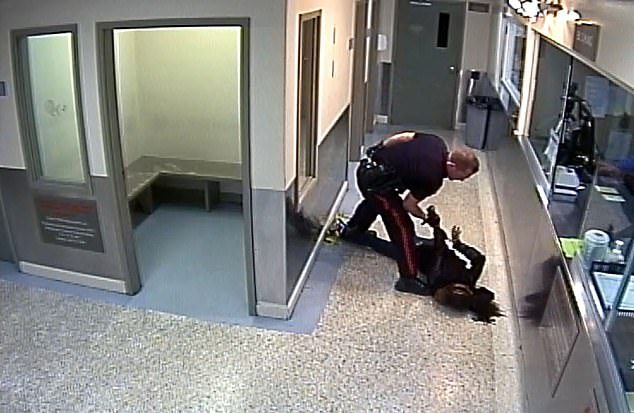 Another male officer then walks over about 15 seconds later, and Dunn steps aside.

The officer helps Kafi to her knees, and blood spatters can be seen on the floor.

Two other officers then emerge, and one puts on medical gloves.

Imagine if this cop knew Jiu Jitsu, what more extensive damage could he do? I’m looking forward to wading into @GspotMMA’s topic on the tonight’s #SHOTSFIRED recording... pic.twitter.com/96bJXB0jXO

The officers then took Kafi to the hospital, where she needed stitches in her lip. She also underwent surgery for a broken nose.

Staff Sgt. Gordon Macdonald, who witnessed the incident and tended to Kafi afterward, referred to Dunn's move as a 'Judo-style throw.'

He also testified about his colleague's actions in court, saying it's the 'worst use of force' he had seen in his 30-year career.

There's only one type of sound when somebody's bone hits the floor. That's what I heard.

I advised [Dunn] that it was the worst use of force that I had seen. 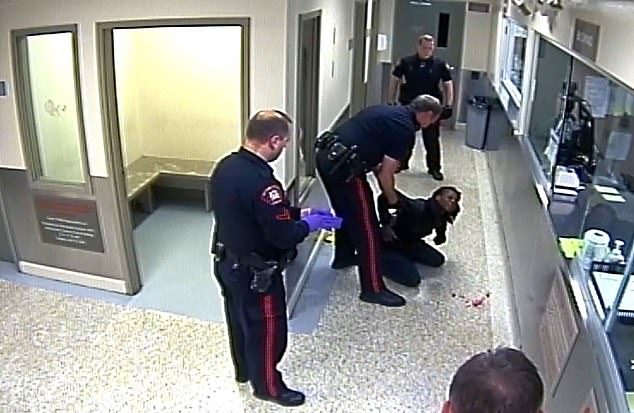 Following the incident, Dunn was suspended with pay for a year while awaiting trial. However, the force allowed him back to work in 'non-operational functions.'

But CPS said it's awaiting his trial's outcome to determine if they will take any additional action.

In a statement, they said:

In general terms, police officers are trained to de-escalate conflict and to use the least amount of force necessary to safely resolve a situation.

We expect them to follow the law, our policies, and our training.