The leaked surveillance of law enforcement responding to the Robb Elementary School shooting was published earlier this week. It showed one police officer constantly looking at his phone, which caused significant outrage.

Social media users heavily criticized the police officer since the 77 minutes of footage were released. However, the reasons behind what appeared as unprofessional behavior are heartbreaking.

"That cop in Uvalde having his lock screen be the punisher logo and him being scared to take on an active shooter is truly the perfect encapsulation of how cops see themselves vs. who they really are."

The police officer was the husband of a teacher who was shot during the Uvalde shooting, a Texas lawmaker investigating the shooting confirmed. She was among two teachers who died at the hands of an 18-year-old gunman. 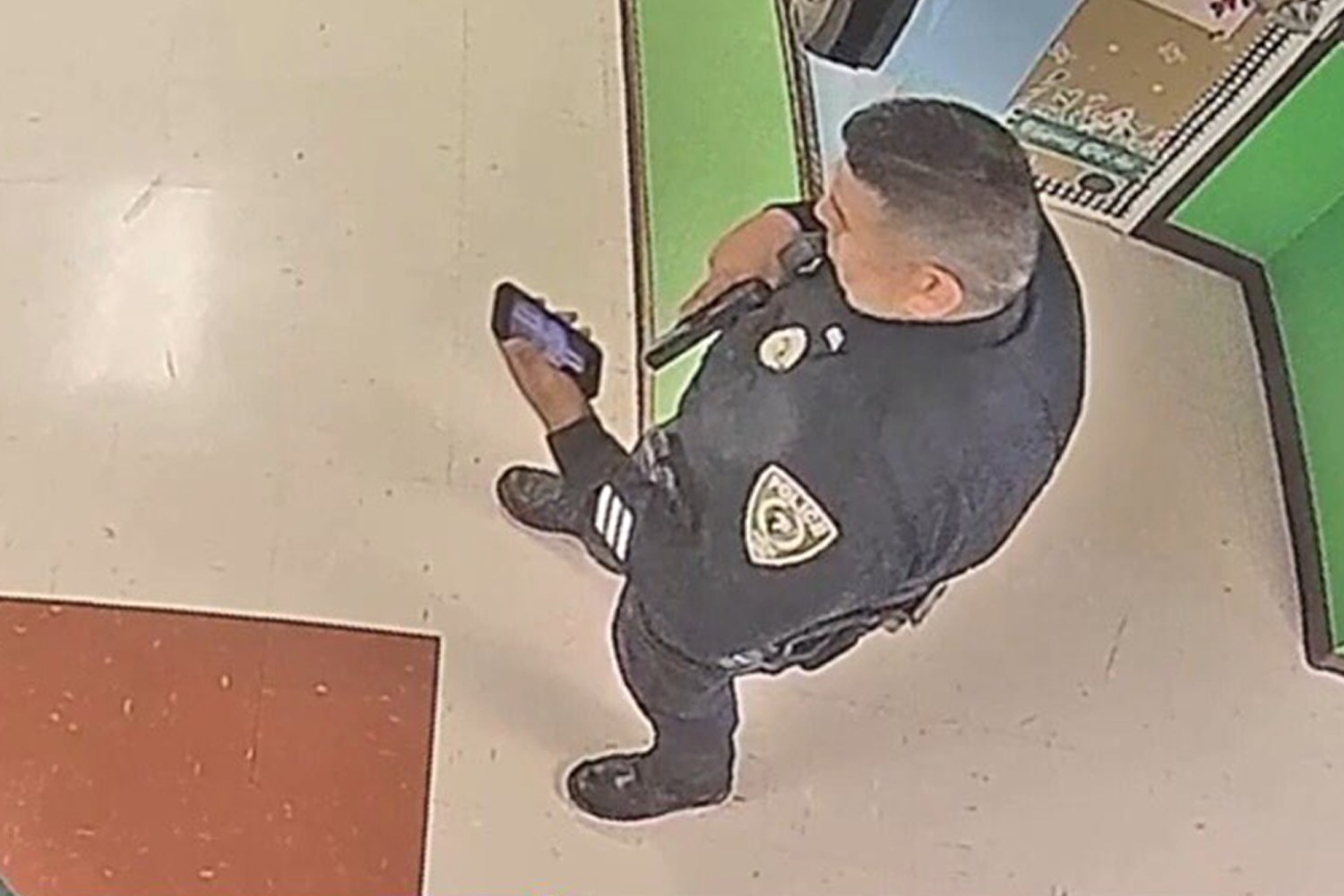 Uvalde CISD Officer Ruben Ruiz appeared to be looking at his phone while officers waited in the hallway. Joe Moody, an El Paso Democrat and member of the Texas House of Representatives committee, identified and told the public that officer Ruiz was on the phone with his wife, Eva Mireles.

Eva Mireles called her husband from the classroom and told him she was shot.

"I couldn't say nothing seeing this man, who's lost everything, maligned as if he was indifferent or actively malicious."

"To those who haven't bothered to read even the news that's been reported in your rush to judgment, he attempted to engage but was removed from the building and disarmed."

"We'll have much to say about the police response but no criticism of this officer."

This is the husband of teacher Eva Mireles, who contacted him on his phone from her classroom while he was on-scene to say that she’d been shot and was dying. 1/2#txlege #Uvalde pic.twitter.com/C7m64uBmaQ

KBTX reported that Mireles died on the way to the hospital.

In the 77 minutes of leaked surveillance footage from the elementary school shooting on May 24, no images of children were shown.

The video was met with negative responses from social media users, with the majority saying that the police did not do enough to save 19 children and two teachers from the shooter.

There is a 40-minute gap between the police unit arriving at Robb Elementary School and getting into the classroom.

Ruiz was among the first ones to arrive on the scene. Once other officers realized that his wife was shot, the officer was escorted by his coworkers.

Here is the footage, and though we do not understand much, officer Ruiz deserves an apology and condolences.