It was not a lucky day for this delivery driver who accidentally fell over the gate to his customer's house, causing his body to dangle upside down by his trousers.

Angela Davies, a woman from Keighley, West Yorkshire, expected to receive her fabric delivery when she heard her doorbell ring at 6 pm.

He totally forgot about the gate when he left the house, so he tumbled over it as he held his phone to complete the delivery. 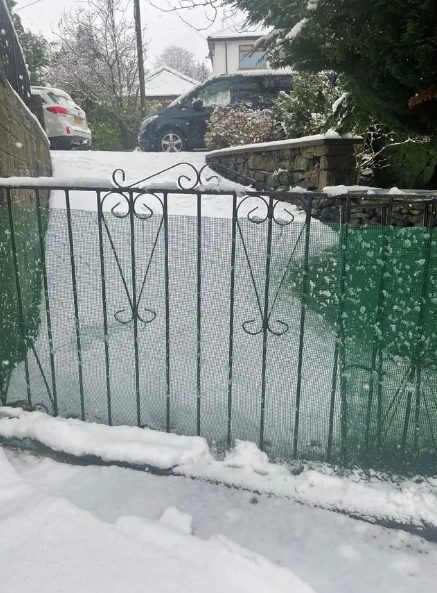 His trousers got caught in the gate, which was at the end of the path, so Angela tried to help him out by lifting his body free.

"We're still giggling about it now. It was a whole catalogue of silliness."

"I came out with my arms open because I wanted to make sure I was socially distanced, but then realized he was hooked on the swirls by his trousers."

"I grabbed on to his ankle with my right hand and then lifted him into the air to try and relieve some weight because he was hanging off the floor."

"When I managed to unhook him, I forgot he wasn't already on the ground and let go, and he just fell to the floor. That's why I said, 'I'm so sorry.'"

"He got up and walked away laughing. His trouser pocket was completely caught up in the scroll." 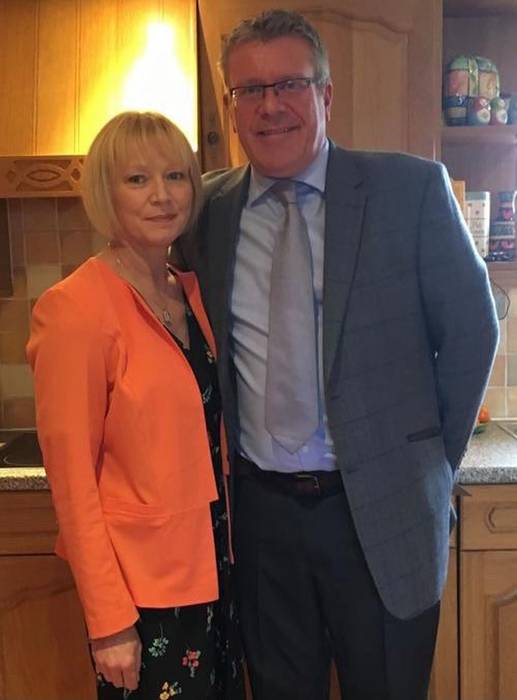 "It was twisted around because he'd fallen forward but then tried to turn around and unhook himself.

"It had twisted the whole of his trousers, and you can see on the camera that they had come down a bit, and his pants were out."

Did the Dogs Scare Him Off?

Angela's dogs were barking in the kitchen aggressively. She thought he had been rushing to get away.

"He'd have been through the gate a few times before this happened. He went through our gate once to get to the door and then two more times when he carried in the fabric for me."

"I think he was just in such a hurry to get away as it was the end of his shift, and he wasn't sure if the dogs were going to come out."

"Coupled with that, he was staring at his phone after taking a photo of the delivery and went head over feet over the gate."

"I was just about to close the door when I heard the commotion, and I opened it and saw him over the top of it."

"It's a bit of a standing joke the dogs' bark at visitors and that people think 'I hope they're locked away.'"

"The pair of them are harmless, but it can be a bit of a shock for people seeing Mila jumping up at the window."

Kudos to delivery drivers who have to deal with situations like this just to bring us our packages in one piece.

Check out the video: