The richest man on the planet, Elon Musk, tweeted that he is willing to give 6 billion dollars to help end world hunger.

Now, the chief executive of the UN's World Food Programme (WFP), David Beasley, responded, and it doesn't paint the best picture of what is going on in the world.

Here's how this Twitter debate started and how it unraveled. 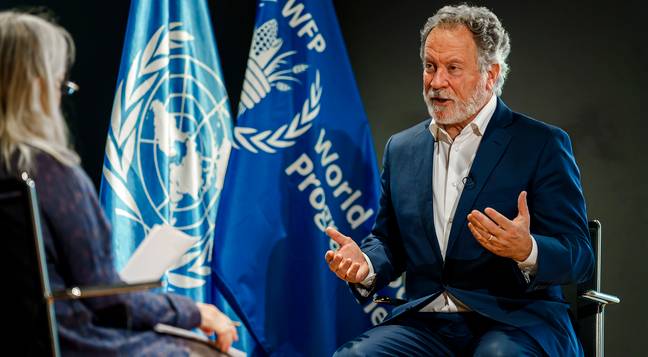 David Beasley called the world's richest men, including Musk and Jeff Bezos, to share their wealth with those struggling to survive.

Talking to CNN, he said that super-rich people need to "step up now, on a one-time basis."

He stated something that will haunt him in the following days:

"$6 billion to help 42 million people that are literally going to die if we don't reach them. It's not complicated."

"If WFP can describe on this Twitter thread exactly how $6B will solve world hunger, I will sell Tesla stock right now and do it."

"But it must be open source accounting, so the public sees precisely how the money is spent."

Just to be clear, these 6 billion are just 2 percent of Musk's net worth. But, Beasley took the bait, writing:

"I can assure you that we have the systems in place for transparency and open source accounting. Your team can review and work with us to be totally confident of such."

"Let's talk: It isn't as complicated as Falcon Heavy, but too much at stake to not at least have a conversation.

"I can be on the next flight to you."

"Throw me out if you don't like what you hear!"

All Beasley Wanted Was To Make A Point

Please publish your current & proposed spending in detail so people can see exactly where money goes.

Sunlight is a wonderful thing.

Beasley then explained what this initial six billion would mean:

"$6B will not solve world hunger, but it WILL prevent geopolitical instability, mass migration and save 42 million people on the brink of starvation."

"An unprecedented crisis and a perfect storm due to Covid/conflict/climate crises."

Musk responded on Twitter, asking Beasley to explain in-depth where the money would go. But Beasley told him that he does want to show him, not to continue tweeting.

While Bezos is staying quiet, the two are playing Twitter chess. And yet, it is not Musk's fault that the whole system is broken.

In the meantime, people are dying because they are hungry, thirsty, or don't have the essential medicines at their disposal.