Alien enthusiasts are intrigued by UFO sightings news ever since Pentagon released footage of an Unidentified Aerial Phenomena early this year. Many videos have done rounds on the internet, with netizens claiming they have also spotted UFOs.

While many of these clips leave everyone scratching their heads as to what they've just seen, some are downright hilarious. And videos of people claiming they spotted a UFO in New Jersey are circulating on social media.

Check out one of the videos below:

Many similar videos have also emerged, showing people who had pulled their cars over to get out and capture a photo of the flying object.

The majority of netizens were convinced what they saw a UFO while some people just made a joke out of it.

"The aliens from the UFO sighting in New Jersey landing to try the new pumpkin spice coffee at wawa."

the aliens from the ufo sighting in new jersey landing to try the new pumpkin spice coffee at wawa pic.twitter.com/IEQB9C6zGg

While another person said:

"UFOs supposedly spotted today in New Jersey. It's also the same day it was announced there may be alien life in Venus. Coincidence? I think not!"

However, the Sighting Wasn't a 'UFO'

But according to The Sun, the netizens were all wrong as the object was actually a Goodyear blimp with a neon advertising sign.

TMZ also theorizes that the object was a Goodyear Blimp, writing.

"The full context of an NFL game going on makes it clear it's for sure one of Goodyear's famed blimps with its LED board on the belly."

"Ppl lied and said they saw a body descend from the 'alien spaceship' and there was a ray beaming down."

"Why do people gotta lie? Here is that UFO from New Jersey y'all. It's a whole Goodyear blimp, which is rarely seen in some areas."

It was actually a Goodyear blimp near Metlife Stadium in NJ. pic.twitter.com/R3CkLuPkM4

Even so, some people are still convinced the object was a UFO.

The Blimp is commonly used for advertising sporting events. And it does look quite like an alien spaceship to people who aren't used to seeing it. 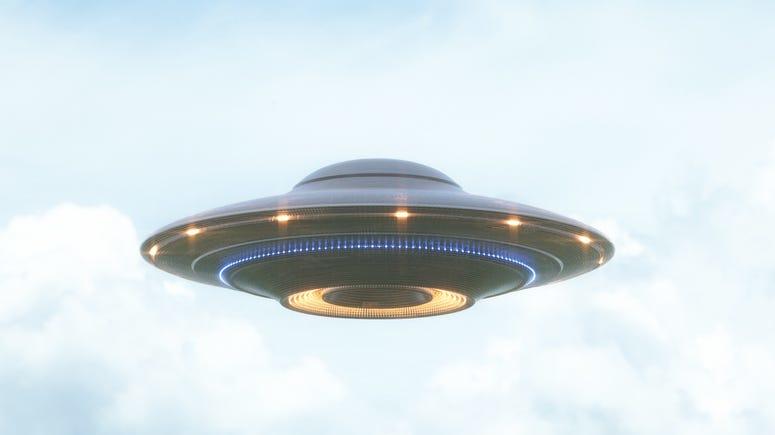 In other strange Space news, alien life could be producing an Earth-like gas on Venus, our closest neighbor.

Also, a massive star in a distant galaxy has baffled astronomers by disappearing without a trace.

According to The Sun, an ex NASA genius is now selling the 'smell of space' in a perfume bottle.