Activists took to Hollywood streets to protest over the Kentucky grand jury's decision not to charge three cops in the death of Breonna Taylor.

Then, a blue pickup truck driver got into an argument with demonstrators. As the driver tried to drive away, he struck one protester standing in the street.

Footage from the incident shows the protester slamming back down onto the tarmac after the truck hit her. 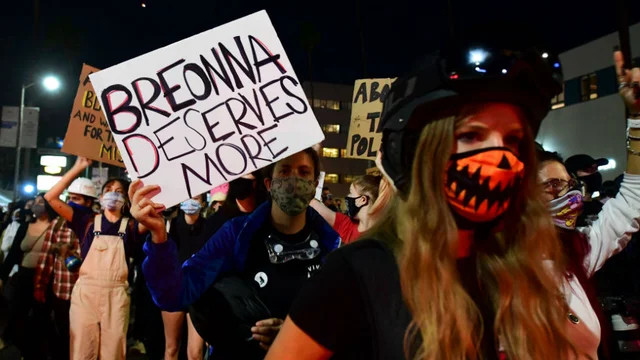 The truck then speeds off, appearing to drive over the victim and almost hitting a medic who had rushed over to help.

Social media reports claim protesters surrounded the truck and hit it with sticks. The driver then accelerated and ran over them. 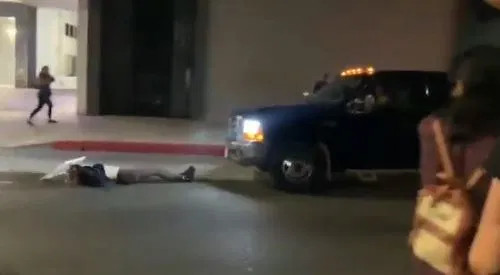 Fire crews responded to the scene and took the protester to a local hospital.

Police later tracked the driver down and questioned him. However, Fox News reports that the officers later released him.

About 10 minutes after the first incident, a white Prius's driver also entered into an argument with the same protesters and then tried to drive off.

A group of protesters in a black pickup truck chased down the white sedan and cut it off.

Video of the scene shows a man getting out of the truck and trying to pull the driver out of the Prius.

The Prius reverses and then collides with the green Mustang convertible. 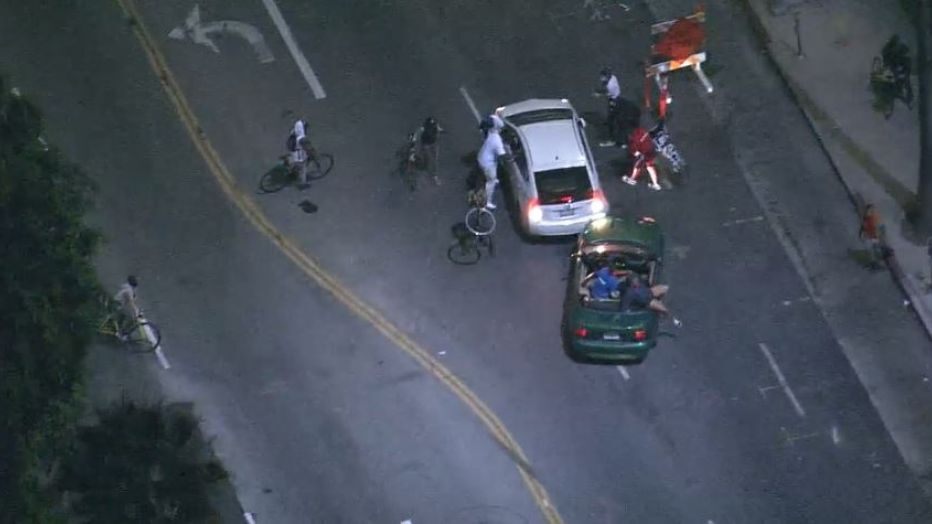 A person gets out of the convertible and begins striking the Prius with a flagpole. Another person arrived on a skateboard, which he used to smash the Prius' windshield.

The Prius then managed to get away, but Hollywood officers detained the car a few blocks away. No one was hurt in the second incident, police said.

Police also said that the protester in the first incident suffered non-life-threatening injuries.

The LAPD is are aware of an incident in Hollywood involving several vehicles and a large group of protestors. Here is the information we can verify at this time. pic.twitter.com/ttqpnziVo8

A spokesperson for Slow Roll Buffalo, a nonprofit group of bicycle enthusiasts, said the victim is a member of its board of directors.

The spokesperson added the woman suffered broken bones and was in stable condition.

Fury has exploded over the death of Breonna Taylor, a 26-year-old black EMT, who was shot dead by police in her own home in Louisville. 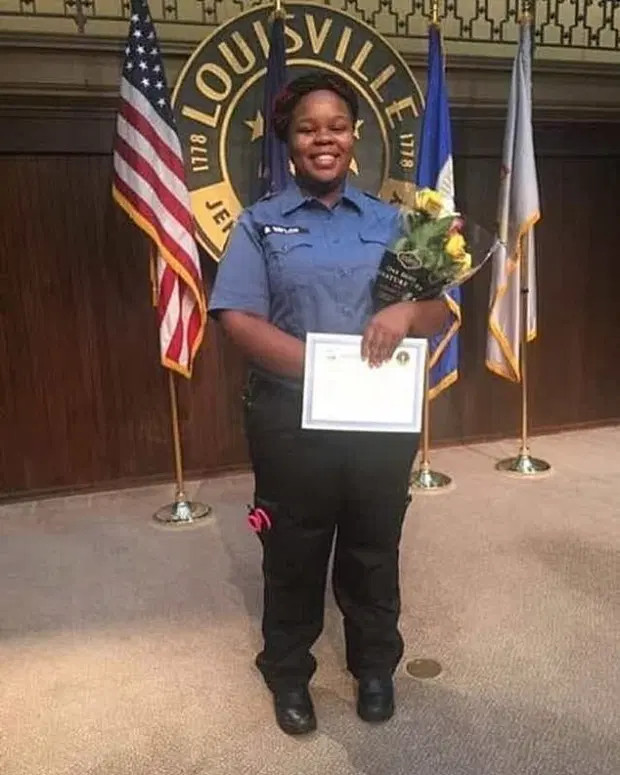 The frontline medic had no criminal record and worked for two local hospitals.

Her family says cops killed her in a botched execution of a drug raid. The incident occurred after a suspect had given her address and phone number as his own to cops.