Tsutomu Miyazaki, widely known as the Otaku Killer, terrorized Japanese cities, Tokyo and Saitama, for one bloody year before being captured.

Miyazaki was a psychopath during the late 1980s who killed little girls. His offenses included pedophilia, necrophilia, vampirism, cannibalism, as well as dismemberment, and mutilation. 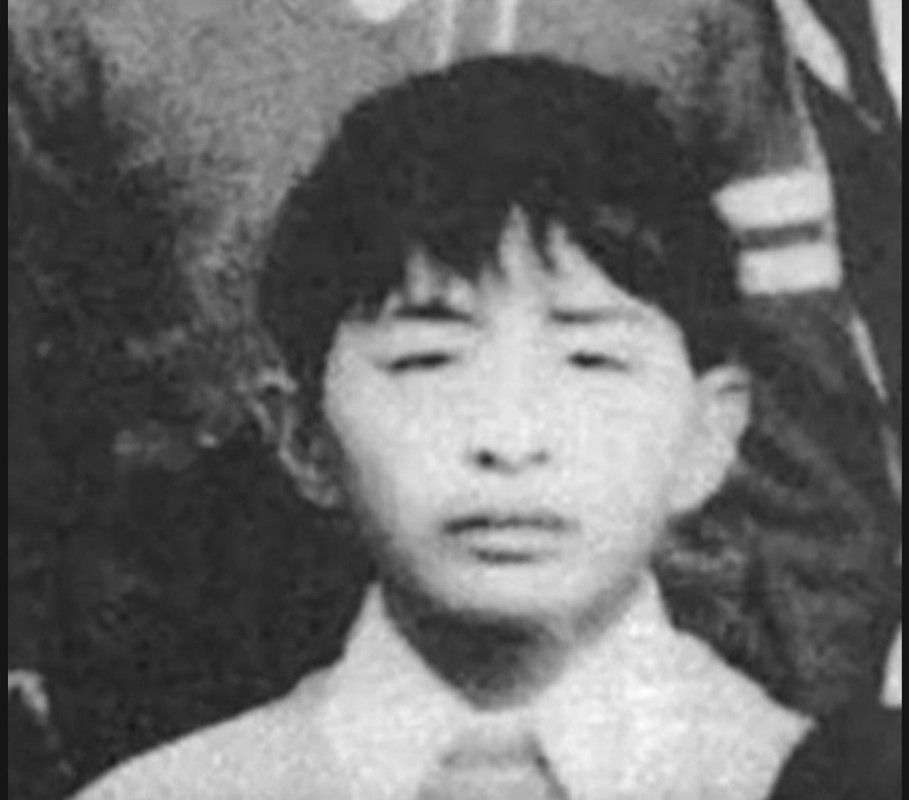 Tsutomu Miyazaki was a modest and timid child who grew up to become one of the nation's most ruthless murders.

As a consequence of his premature delivery, Miyazaki was left with malformed hands fused at his wrists. Thus, he needed to lift his whole arm to turn his hand. He was a shy and quiet pupil in primary school who got bullied by his classmates because of his deformities.

This humiliation drove him to acquire a manga fixation. Even with his difficulties in social situations, he was initially among the finest scholars in his class.

Suddenly his grades started to plummet, leading to his rejection from Meiji University, a prestigious, private university in Japan.

Later, Tsutomu Miyazaki enrolled in a junior college. He started studying to be a photo technician, abandoning his plans of being a teacher. Miyazaki acquired an inferiority complex due to the length of his penis and his inability to socialize with women. 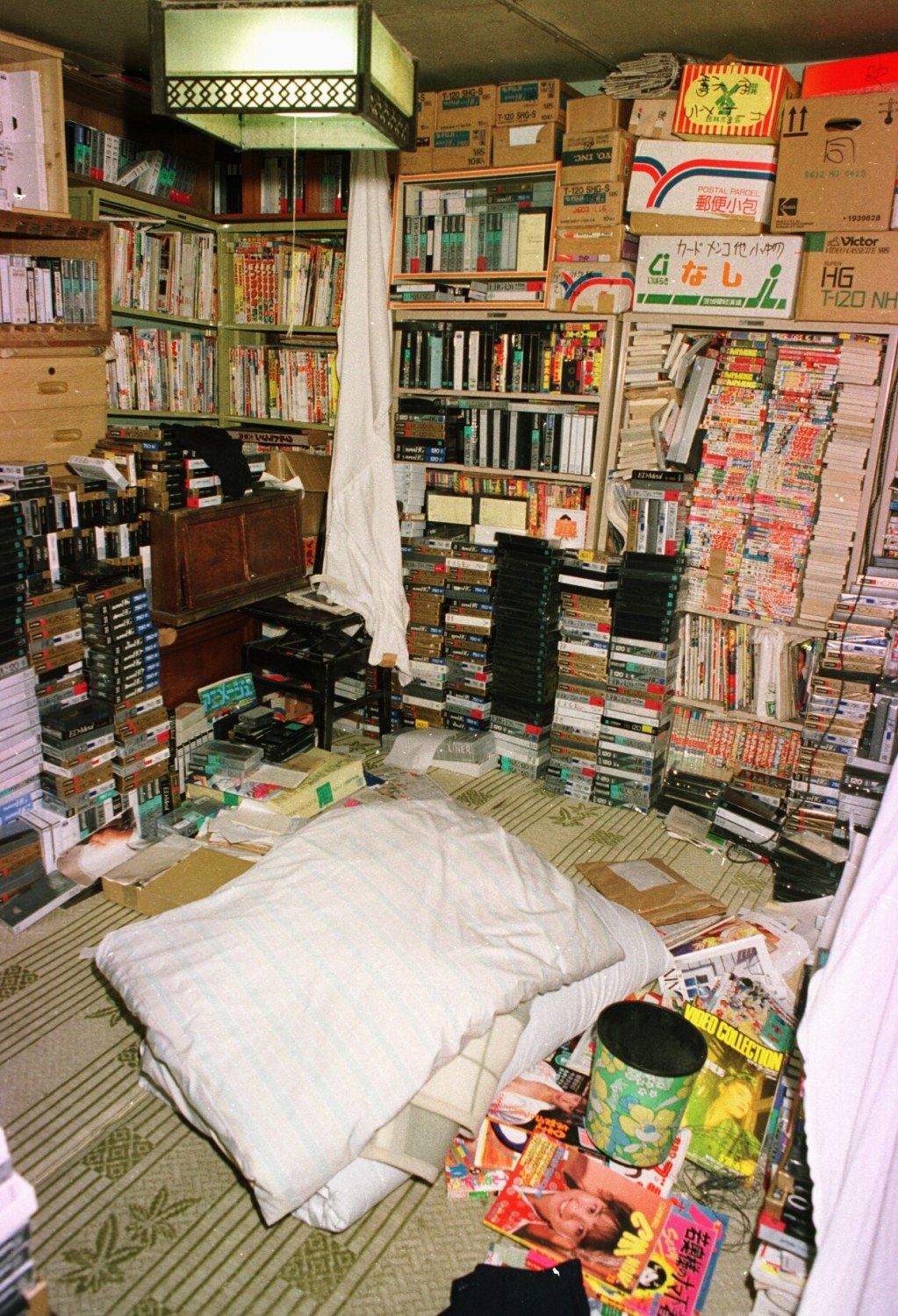 He once observed, "They black out the most important part."

Tsutomu Miyazaki returned to his family house. He and his elder sister became roommates. Miyazaki's parents were well-connected in their community; his dad ran a news organization.

However, he did not want to succeed. Miyazaki subsequently claimed that during this time, he considered suicide. Except for his grandpa, who passed away in May 1988, Miyazaki despised everybody in his household.

His death intensified Miyazaki's sadness, and to "retain something from him," Miyazaki consumed some of his grandpa's ashes. His elder sister found him peeping on her when she was bathing. When she questioned him, he attacked his mother and her. 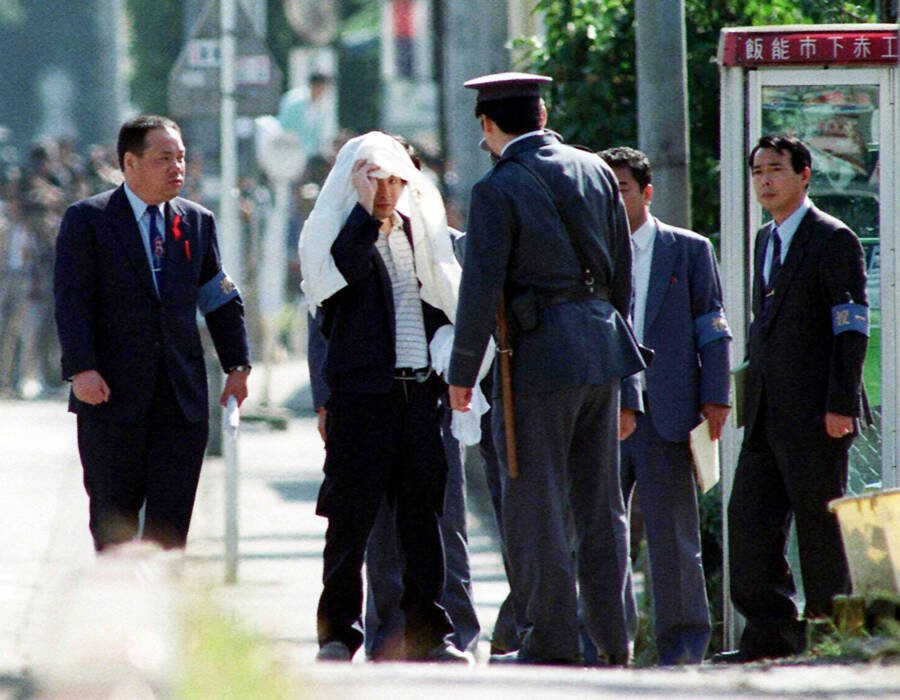 Miyazaki kidnapped Mari Konno, a four-year-old girl, a day after his 26th birthday in August 1988. Tsutomu Miyazaki claims that he just met her outdoors, took her back to his vehicle, and then sped away.

He took her to a rural location west of Tokyo. He parked his car beneath a bridge, hidden from views. The two stayed in the car for nearly thirty minutes.

The small child was then killed, stripped of her garments, and raped by Tsutomu Miyazaki. He stripped her with caution, abandoned her bare in the forest, and returned home with her clothes.

He let the corpse decay in the forest for some weeks, checking on it now and then. He later took the girl's feet and hands away and stored them in his wardrobe. Miyazaki then dialed her family's phone number.

He didn't say anything but kept breathing into the phone. He kept calling till he got a reply if the parents did not answer. He even sent the parents a box of evidence with the chilling letter in the weeks that followed the child's abduction.

Miyazaki kidnapped another young girl in October 1988. Miyazaki noticed Masami Yoshizawa on a country road and offered her a lift. He took her to the previous location.

He redid the entire process, killed the girl, had intercourse with her body, and took her garments. The serial killer and abductor was dubbed "Otaku Killer" or "Otaku Murderer," and his atrocities were dubbed "The Little Girl Murders."

Four-year-old Erika Namba was kidnapped while walking home. She was his third victim.

The Otaku killer's most frightening victim was his ultimate victim. In June of 1989, Tsutomu Miyazaki kidnapped Ayako Nomoto, a five-year-old girl. He persuaded her to let him photograph her, then killed her.

He returned her body to his house instead of dumping it in the forest as he had done before. For the next two days, he sexually tortured the body, filming her and ejaculating on her. He also decapitated her and consumed her blood.

He also nibbled on her fingers and toes. Miyazaki dissected the remainder of the body as soon as it started to decay. Then he buried the pieces in different areas throughout Tokyo, such as public restrooms, cemeteries, and surrounding forests.

Eventually, he became concerned that the cops might discover the components in the graveyard. Hence, he went two weeks later to recover them. Following that, he stored the severed body in his wardrobe at residence. 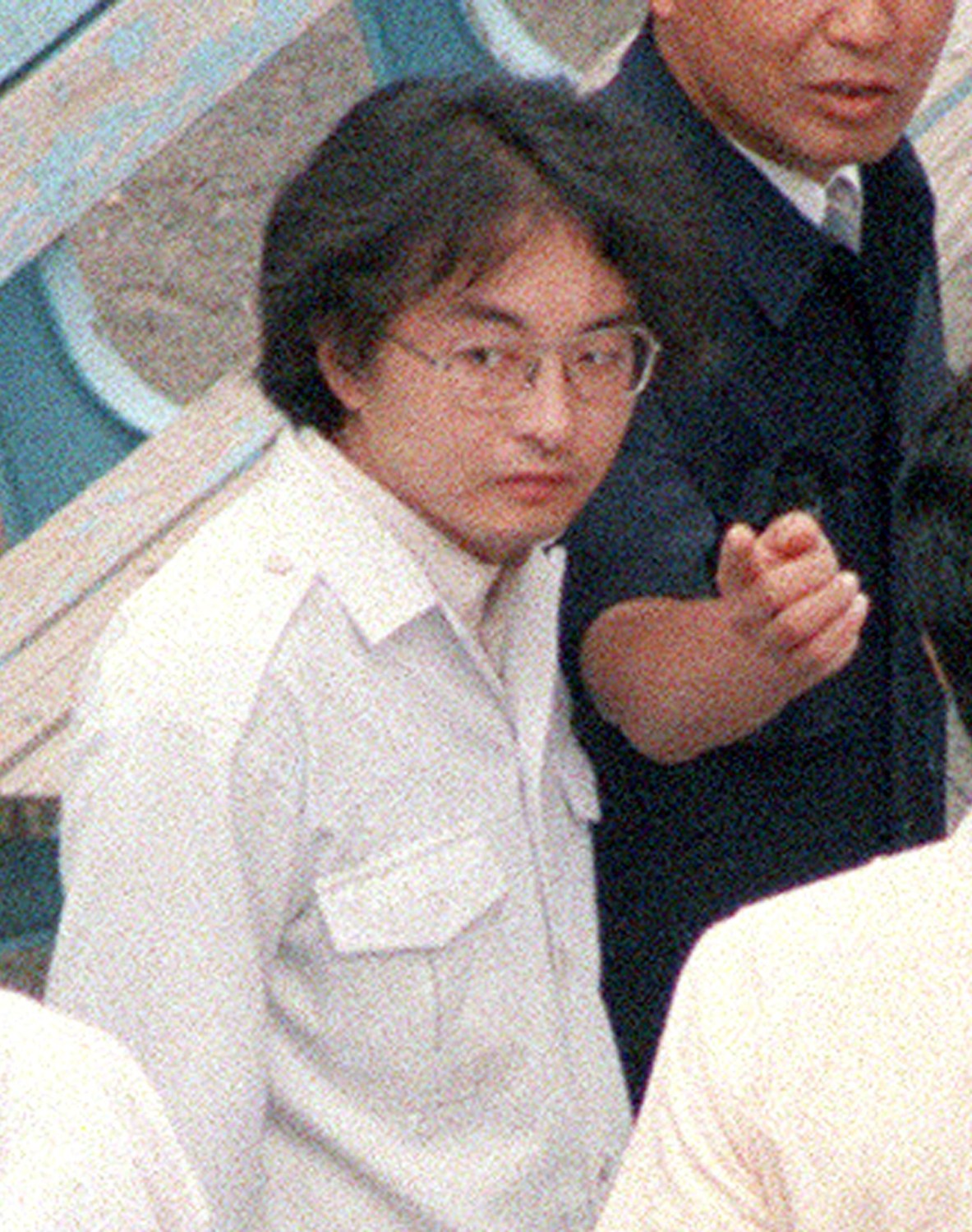 On July 23, Tsutomu Miyazaki tried to put a zoom lens inside the vagina of a little girl in a playground, yet her dad prevented it. The girl was playing with her sister and almost became the fifth victim.

Miyazaki ran from the location, nude and barefoot. However, he was arrested when he came back to recover his vehicle.

Miyazaki's gruesome collection and the body parts he had hidden were discovered quickly by the police. Miyazaki attributed the killings to an alter ego known as "Rat Man," who he claimed pushed him into carrying them out. 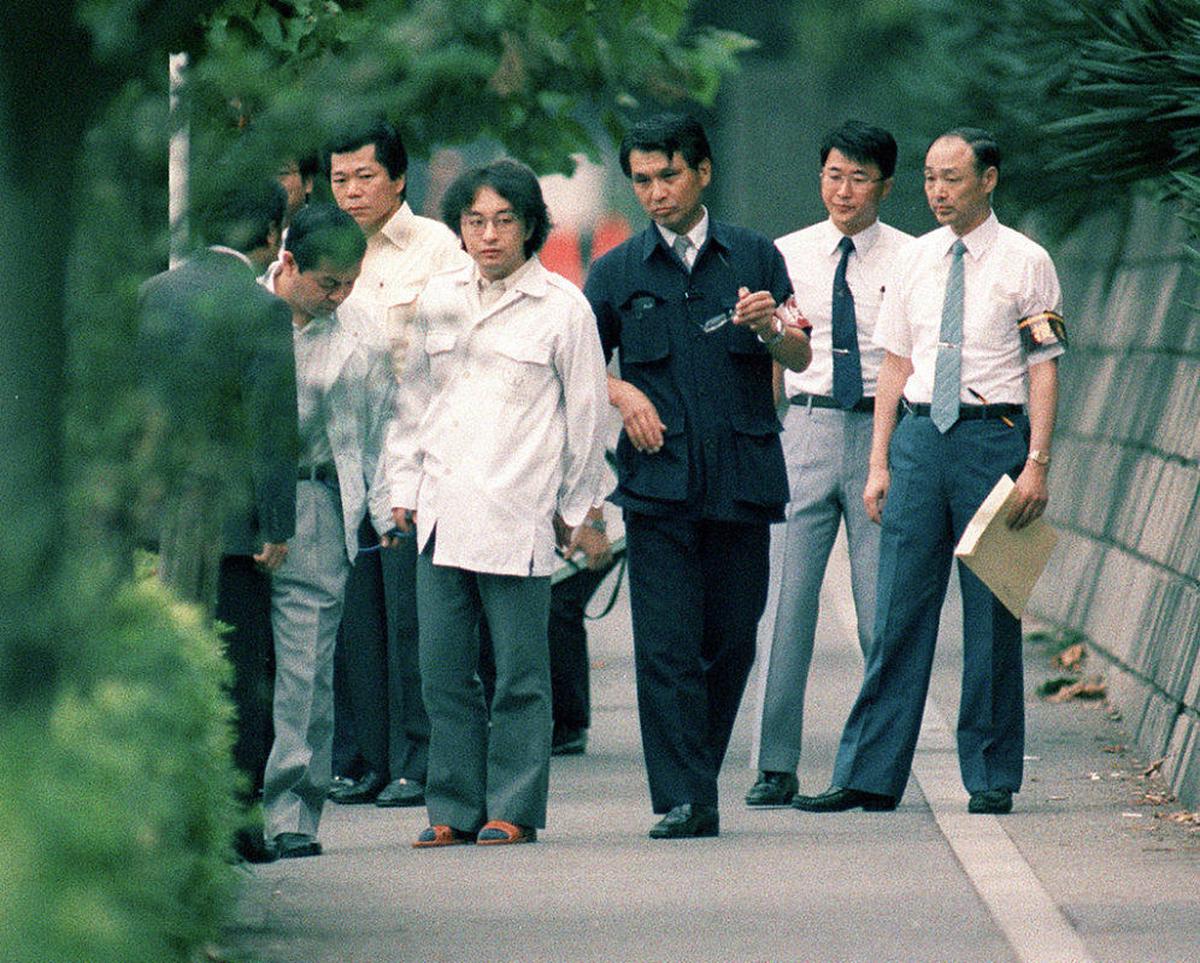 He was found incompetent to stand trial and condemned to death by the court. In 1994, Miyazaki's dad committed suicide after refusing to pay for the legal defense.

During his trial, Kaoru Kobayashi, a child murderer, said he aspired to be "the next Mamoru Takuma or Tsutomu Miyazaki." This infuriated him. At 45, Miyazaki was hung on June 17, 2008.

Tsutomu Miyazaki created horror in the minds of people. He committed incredibly heinous crimes that have terrorized people to date.