Fear produces an extreme reaction, which stops rational thinking, and we start to experience a deep sense of euphoria. A true scary story or a horror tale can provoke such an intense emotion that it stimulates all the senses on a large scale, and for that reason, it generates addiction.

Without a doubt, reality can be much more frightening than fiction. The proof lies in knowing that many horror movies and novels are inspired by true scary stories and horrific factual events.

The fact that they are authentic makes the following horror stories much more disturbing.

The residents of the picturesque town of Galipаn, located on Cerro Аvila, next to the state of Vargas, in Venezuela, saw Dr. Gottfried August Knoche settled on a nearby farm. The prominent German doctor and his wife moved into the Buena Vista hacienda. The place is now in ruins, but you can still visit if you are interested in true horror stories.

In the 1880s, Dr. Knoche settled in the hacienda, and our true scary story began. The hacienda, removed from the neighbors' curious eyes, would quickly be pointed out as a place where enigmatic events occurred.

The doctor, recognized and admired for being the founder and director of the San Juan de Dios Hospital, was developing a mystical riddle in his private laboratory.

The gloomy process was constant on the steep roads from Caracas to Galipаn. It became customary for the residents to see carts with unclaimed corpses Dr. Knoche brought to carry out his experiments. What kind of experiments was Dr. Knoche doing with these anonymous corpses?

Rumors soon spread about the scientific findings of the German doctor. Everything indicated he was mixing an extraordinary elixir.

When applied as an intravenous serum, the potion stopped the decomposition process of corpses.

This true scary story was confirmed one day. At the Buena Vista hacienda door, the doctor placed a perfectly mummified dog to the soldier, Josе Pеrez. The dog had been one of his servants in life. The most surprising thing is that the corpse seemed almost alive. The dog's internal organs were not removed.

The doctor had to inject the solution into the deceased's jugular to stop the decomposition process. At first, his experiments were seen as an aberration. But the rumor of the existence of Dr. Knoche's embalming serum quickly spread throughout Caracas and La Guaira.

This is how the eminent doctor embalmed animals and people, everyone who wanted to be next to their loved ones.

One of the most famous embalmers was Tomas Lander, a politician. His relatives ordered him to be preserved with Knoche's elixir. Once the process was over, they made him up and sat at his desk for years until they decided to give him a Christian burial.

The composition of the secret formula was unknown. The doctor didn't sell it, though many offered him a lot of money for it. It is known that, close to his death, he prepared two vials with the embalming serum. One was for him and one for his nurse, Amalie Weismann. He left explicit instructions for her on how to apply the serum.

Their bodies and those of members of the Knoche family were deposited in the mausoleum on the Buena Vista ranch. The hacienda house was ransacked in search of data that would reveal the embalming formula behind the true scary story.

No recipe was found. However, searchers say the presence of the curious occupants who inhabited it after death can still be felt. 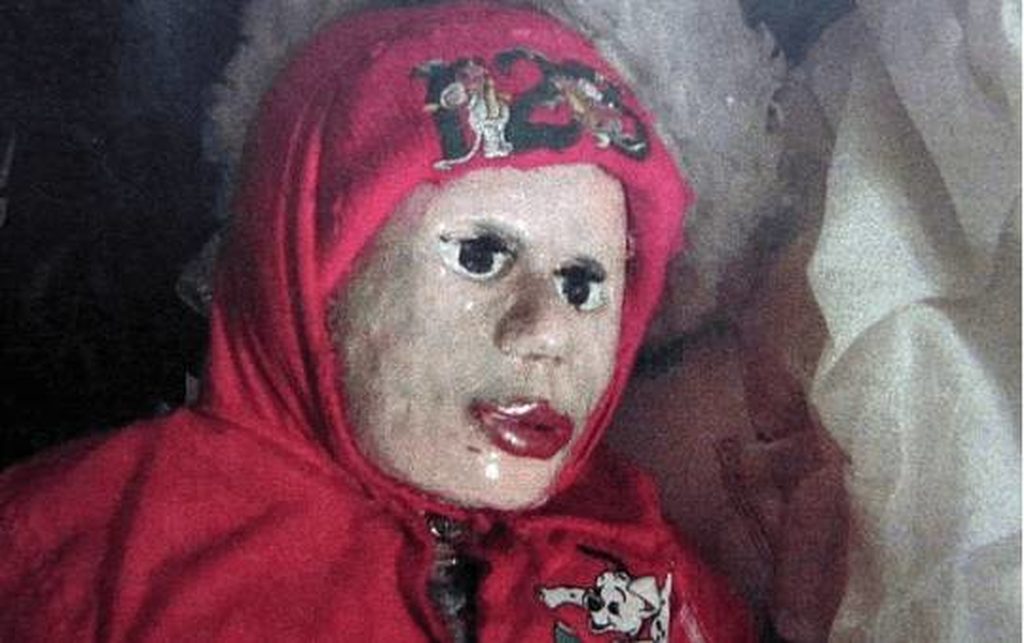 One true scary story that goes beyond the most twisted and macabre minds of Hollywood screenwriters is that of Anatoly Moskvin. He was a 45-year-old Russian resident of the city of Nizhny Novgorod.

Moskvin was a well-known scholar, a writer, and an expert on the history of the area's cemeteries. At the end of 2011, the police were investigating some cases of grave desecration. So, they visited the scholar seeking advice from him. However, what they discovered in his apartment took their breath away.

Alongside shelves full of books, piles of children's clothing, and toys, they found 29 life-size dolls dressed in vintage clothing. The strange appearance of these "dolls" and the smell throughout the apartment immediately alerted the police. They carried out a more thorough examination.

The ghastly activities of Moskvin's true scary story came to light. He confessed to being responsible for some 150 grave desecrations. He stole the corpses of girls and young women and mummified them to transform them into "dolls for him."

During the investigation, they found out that, when he was 13, his best friend, whom he loved very much, died. That affected him deeply. Moskvin had intended to offer a kind of eternal life to all those girls.

He was diagnosed with paranoid schizophrenia and locked up in a psychiatric hospital like any true scary story. He is still there. 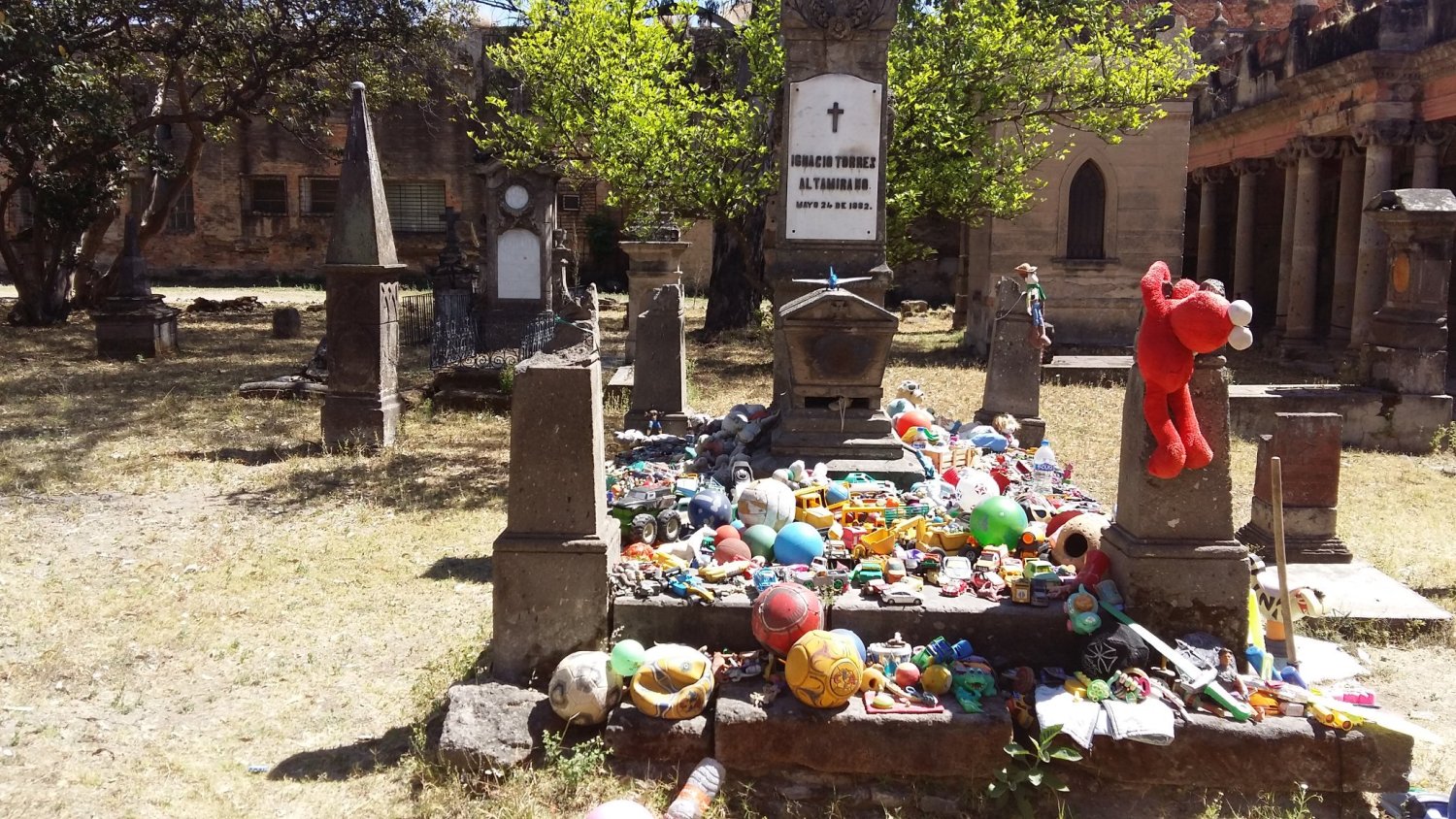 In Guadalajara, the state of Jalisco is the tomb of Nachito, famous throughout Mexico. Many are attracted by the legend surrounding it, so they visit it and leave sweets or toys as an offering.

The legend that inspires this true scary story started on May 24, 1882. This was when Ignacio Torres Altamirano, popularly known as Nachito, died. The boy had nyctophobia (fear of the night and the dark), so his parents lit his room with candles.

At three years of age, the candles went out during a very windy night, and Nachito suffered a heart attack due to the terror that the absolute darkness created. He was buried in a simple grave, but something unusual happened: the gravedigger found his coffin outside the tomb every morning. This happened for ten consecutive days.

His parents concluded that Nachito continued to feel terror at night, which is why his coffin came out of the ground. They decided to place his body in a stone coffin, with openings for natural light. In addition, they built a pillar in each corner with lited candles.

The solution was successful, and the coffin did not move again. People who visited his grave began to leave toys for him and continue to do so today.

Some claim that they felt his presence, heard his voice while playing, and saw how the toys move on their own. 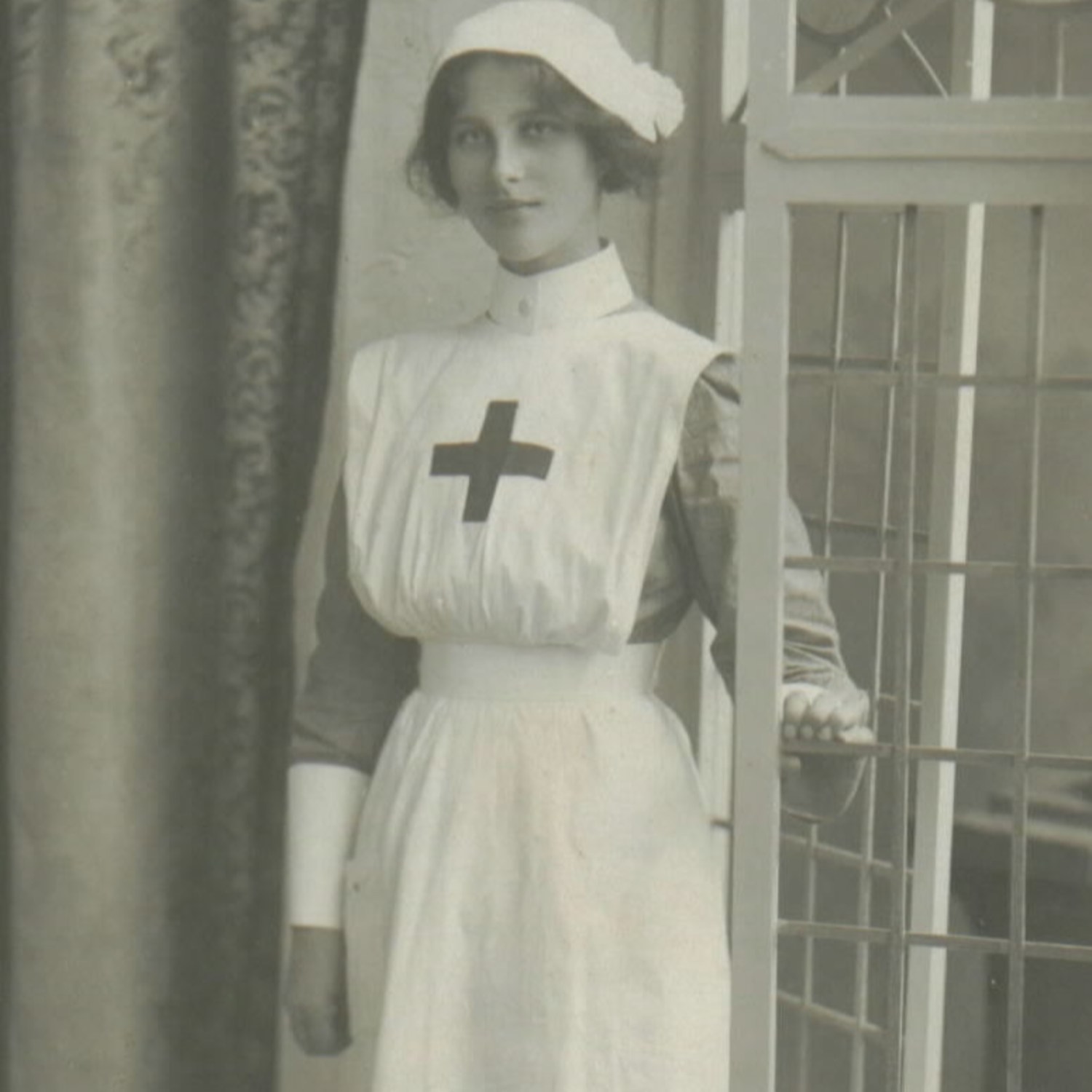 Among the most dreaded legends of Mexico is the true scary story known as La Planchada.

The name references the nurse who wears a starched uniform and appears in the corridors of the Juarez Hospital in Mexico City.

According to this true scary story, the nurse was called Eulalia and began working at the Juarez Hospital around 1950. She was blonde, pretty, with blue eyes, and stood out for being diligent in her work and attentive to patients.

Unfortunately, she fell in love with a handsome doctor who flirted with many women. They started a relationship, but he constantly cheated on her. One day, with the excuse of attending a conference, he left. Eulalia found out later that he had married someone else.

The young woman fell into a depression, became ill, and died in the same hospital. It was then that some patients began to receive visits from La Planchada.

La Planchada is described as a very attentive nurse who wears an impeccable and well-pressed uniform and administers patients' medications.

Many testimonies claim to have seen her over the years, most among the illest patients. One of the witnesses was an eighty-year-old woman recently operated on. She explained that a nurse had changed her serum. But no matter how hard she looked at her, she couldn't make out her face. She then went into the bathroom and never came out. 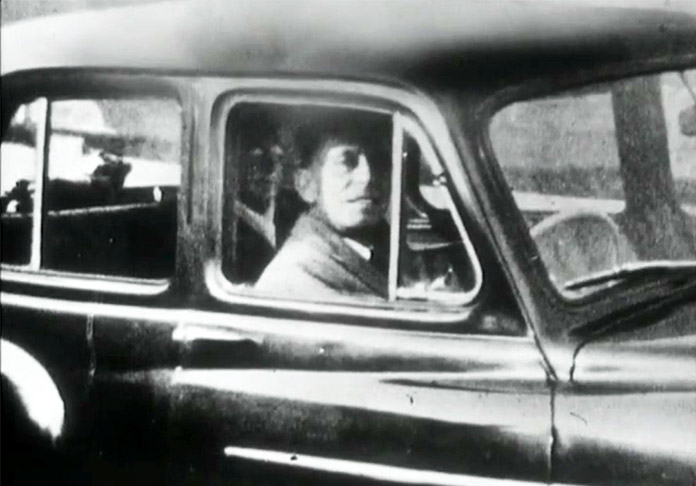 Jim Chinnery went to Ipswich Cemetery, UK, on ​​March 22, 1959. He visited the grave of his mother, Ellen Hammell, who had died the previous week. His wife, Mabel, accompanied him, and they cleaned the surroundings.

Afterward, they took some photographs in the graveyard. Seeing that only one photo was left on the reel, Mabel decided to photograph her husband. Jim was already sitting in the car and waiting for her to start the drive home.

When they developed the reel, they discovered a terrifying story. To their bewilderment, the last photograph showed the silhouette of a person sitting behind the driver's seat. In reality, only Jim was in the car.

They recognized with astonishment that it was, without any doubt, the ghost of Mrs. Hammell, whose grave they had just visited.

Jim's mother always sat in this place when they traveled by car, as she liked to chat with the driver during the trip. The Chinnery couple considered that the photograph is a testimony that Jim's mother continued to fulfill her promises as her last words were: "I will always be by your side."

Several experts in photography and parapsychology have analyzed this photograph on various occasions. They all have come to the same conclusion: there is no doubt that it is authentic, and someone is sitting behind the driver.