Cats are known for their specific personalities. At first, they may look at you with those suspicious big, glowing eyes, but once you gain their trust - they are yours.

This fantastic cat had fun with his human, Matthew B. Together, they rode through America in Matthew's 18-wheeler.

These two buddies have been inseparable for years, and the love they have for each other is as clear as crystal. But there was something that separated the two best friends, and nothing was the same since then.

The Moment That Changed Everything 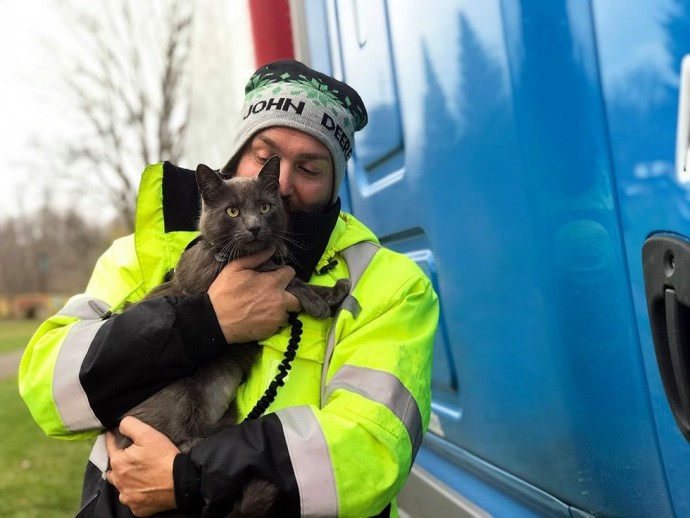 Last July, Matthew was stopping at Springfield, Ohio. During the break, Ashes - his dear cat - unintentionally got out of the truck and disappeared.

Matthew looked everywhere, hoping that he would find his fur buddy, but that didn't happen. There was no trace from Ashes, and Matthew lost all hopes. 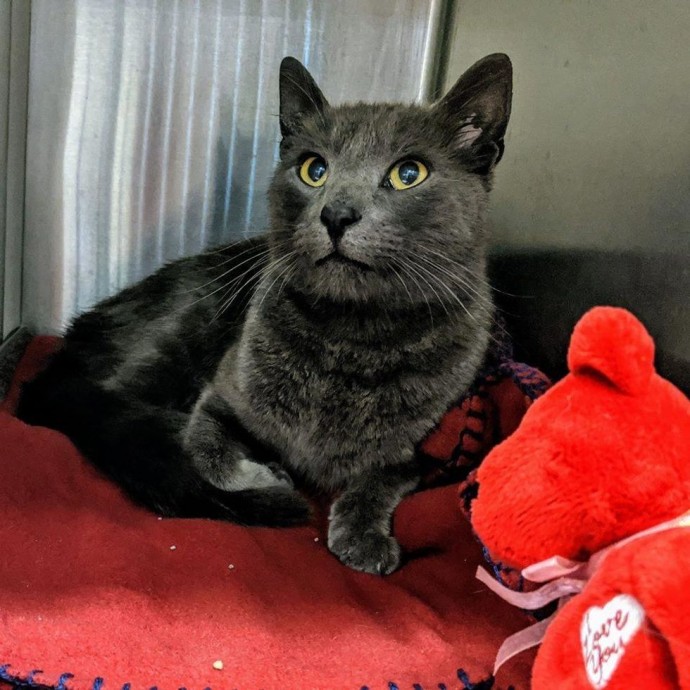 When he figured out that he had to continue the trip without Ashes, Matthew was distraught.

He drove off eventually, but besides everything, he made an arrangement. 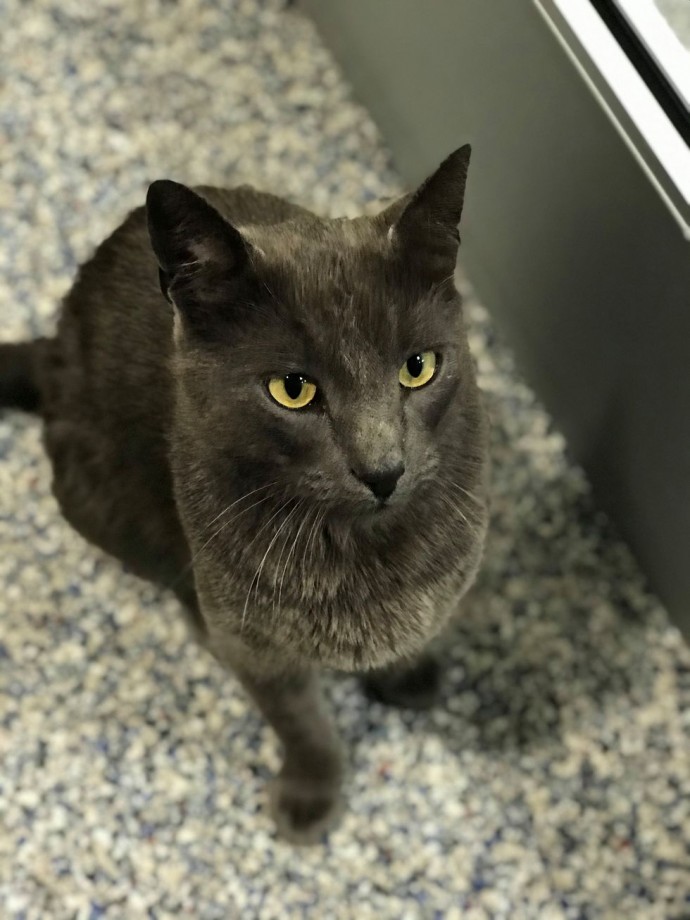 However, Ashes was doing his best to keep himself alive, hoping that his human will find him at last.

The cat was gone for months until a lady found him. Kimberley T. spotted the frightened cat hiding in a bush. Ashes were cold and starving, and the woman decided to shelter him. 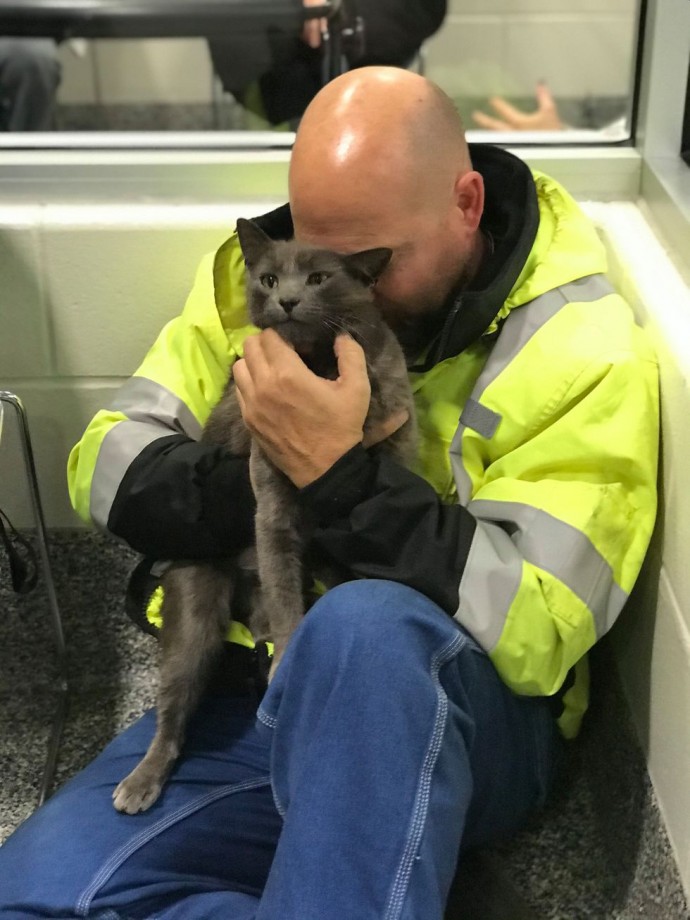 Kimberley gave him the name Smokey. Then she took him to Lollypop Farm animal rescue association in Newport, New York.

Smokey was scanned for a microchip at Lollypop Farm, and they found that he wasn't Smokey at all, but Ashes! 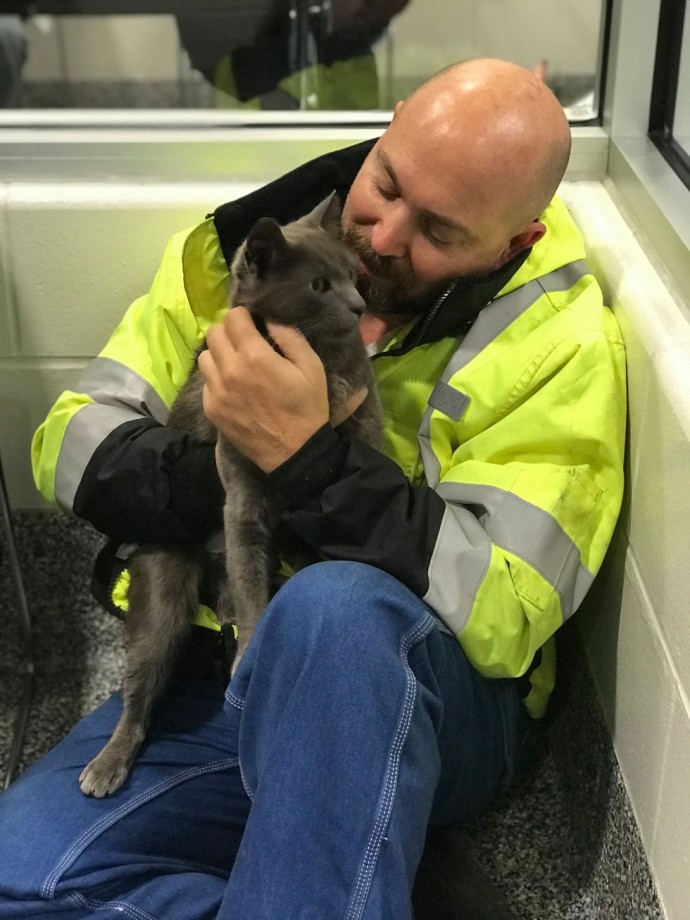 Five months after the disappearance of his cat Ashes, Matthew received a message that not only brightened his day but made him truly happy as well.

His cat was safe and sound, soon to be coming back to him again.

He couldn't believe how lucky he was. For the last time, he rearranged his road plan and left for New York, where Ashes was waiting for him. 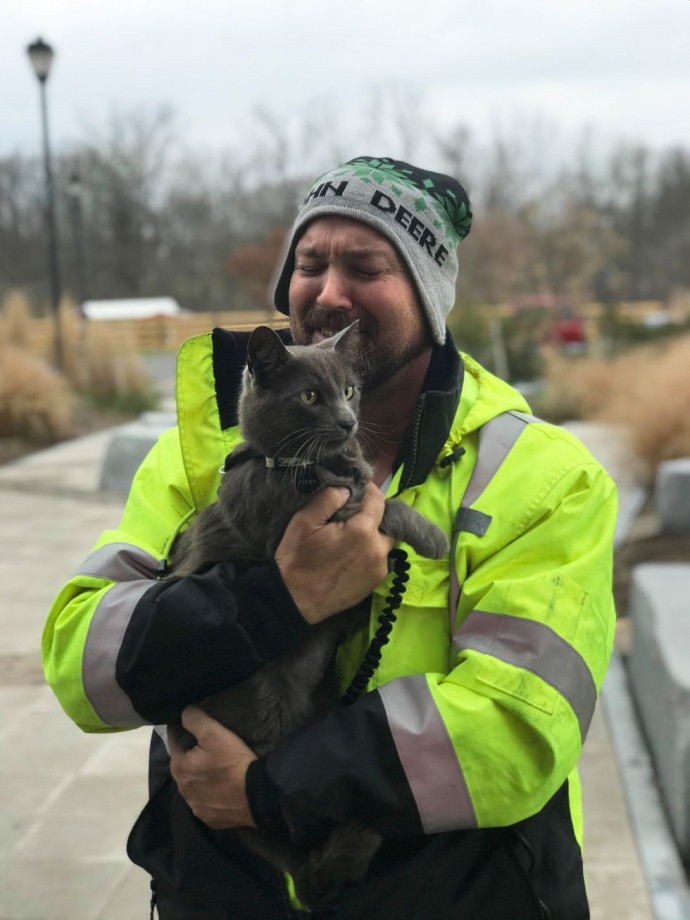 When he saw Ashes, Matthew couldn't keep the tears from his eyes. They were finally reunited, and Ashes was overjoyed at finally seeing his cat-dad again.

Let their happy ending be your daily reminder of the value of microchipping your pets. Without the microchip, Ashes would never be found, and Matthew would have lost his fur-buddy forever.

Now, Ashes and Matthew are finally together on the lane where they belong. And there's nothing that could keep them away from their road trips.

We're hoping that there won't be a thing that could separate these two buddies again. Have a safe trip!